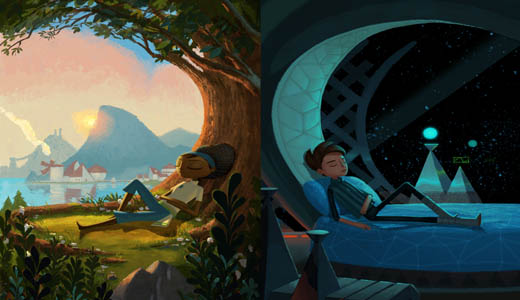 Nordic Games signed a distribution deal with Double Fine Productions for the retail edition of Broken Age for PC, Mac, and Linux. The boxed version will be released simultaneously with the digital version in Spring 2015.

Aside from the retail release, new German voice-overs have been recorded for all characters.

“After releasing Costume Quest, Psychonauts and Stacking for retail in 2014, this marks another important step in our almost heist-free cooperation” said Reinhard Pollice, business & product development director at Nordic Games. “With Broken Age, 2015 starts off great for aficionados of the adventure game genre. Our intel also suggests that Germany is a veritable stronghold when it comes to pointing and clicking, hence the new German voice-overs for Broken Age make us very happy.” 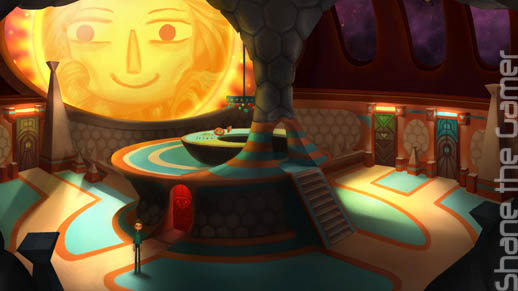 “I am very excited about the retail version of Broken Age,” said Double Fine President and CEO Tim Schafer, “And also relieved, as having a widely distributed, physical copy of the game will make it more safe from solar flares and EMP bombs and stuff like that. As long as people store their disks in fire proof safes. People do that, right?” 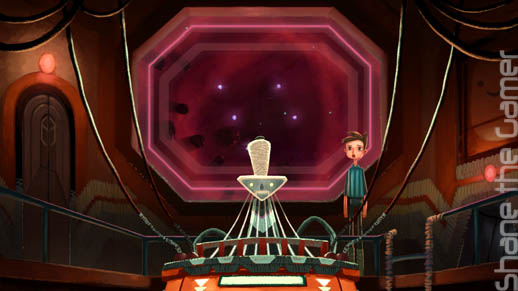 “Not really” replied COO Justin Bailey, “But people who purchase the physical copy can get to playing the exciting conclusion without having to wait for the game to download!”

Broken Age is the first graphic adventure by Tim Schafer in sixteen years.

It began three years ago in a historic, record-breaking Kickstarter campaign. Now it’s here in all its beautiful, 2D, hand-painted glory, with an original orchestral soundtrack and an all-star vocal cast. 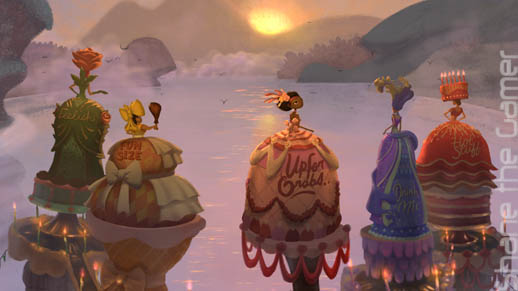 Broken Age is a timeless coming-of-age story of barfing trees and talking spoons. Vella Tartine and Shay Volta are two teenagers in strangely similar situations, but radically different worlds. The player can freely switch between their stories, helping them take control of their own lives, and dealing with the unexpected adventures that follow.