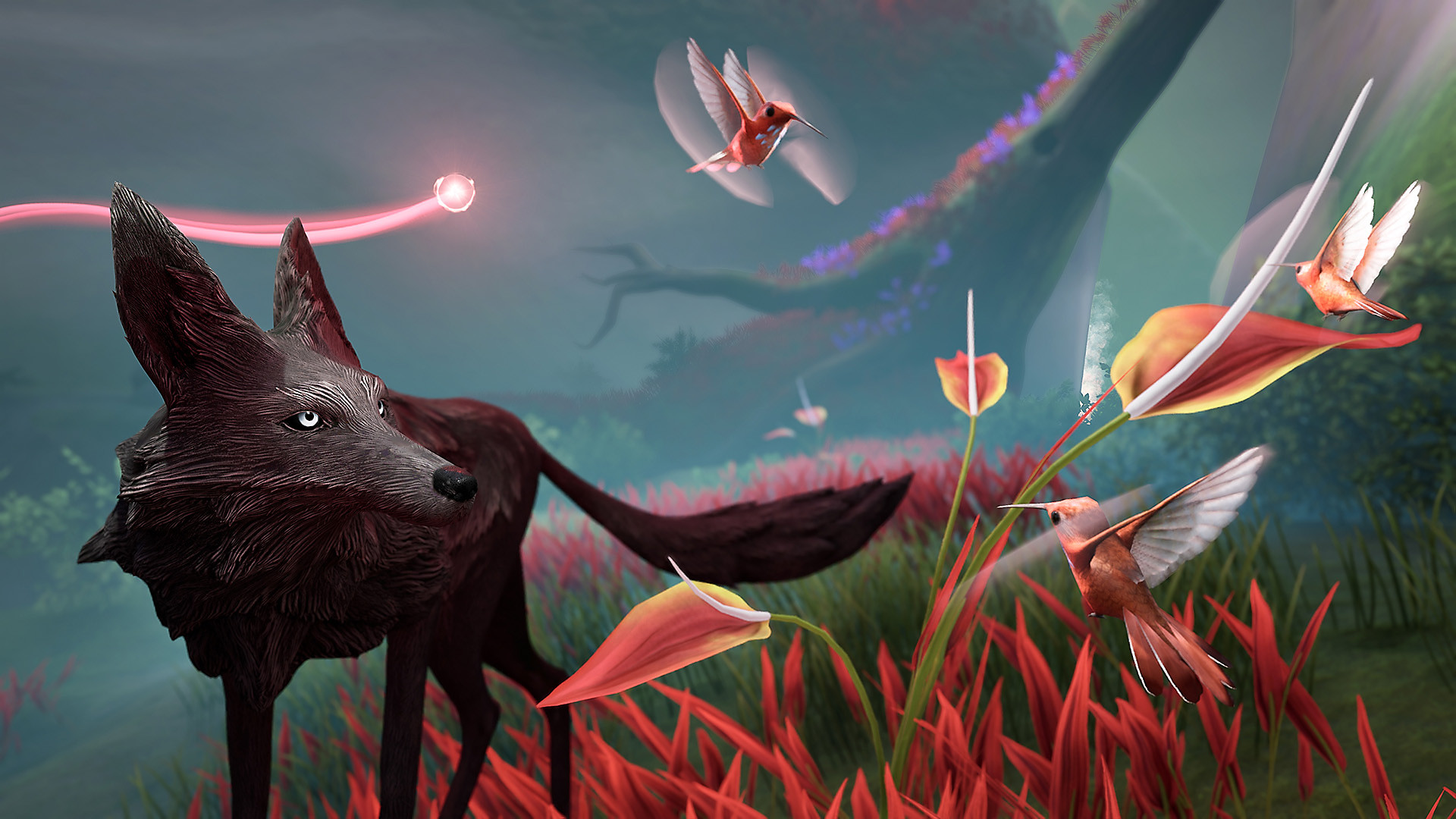 Announced at PAX 2020, the animal switching adventure Lost Ember is finally coming to Nintendo Switch after players have been able to enjoy its beautiful environments on PlayStation 4, Xbox One and PC.

Lost Ember is an exploration adventure about a wolf who can inhabit all manner of animals, along with their spirit companion. The player controls over a dozen different creatures, such as a hummingbird, a fish, a mountain goat and a parrot. Along the way, you’ll unveil what happened to the lost human civilizations that once settled in these wild lands. 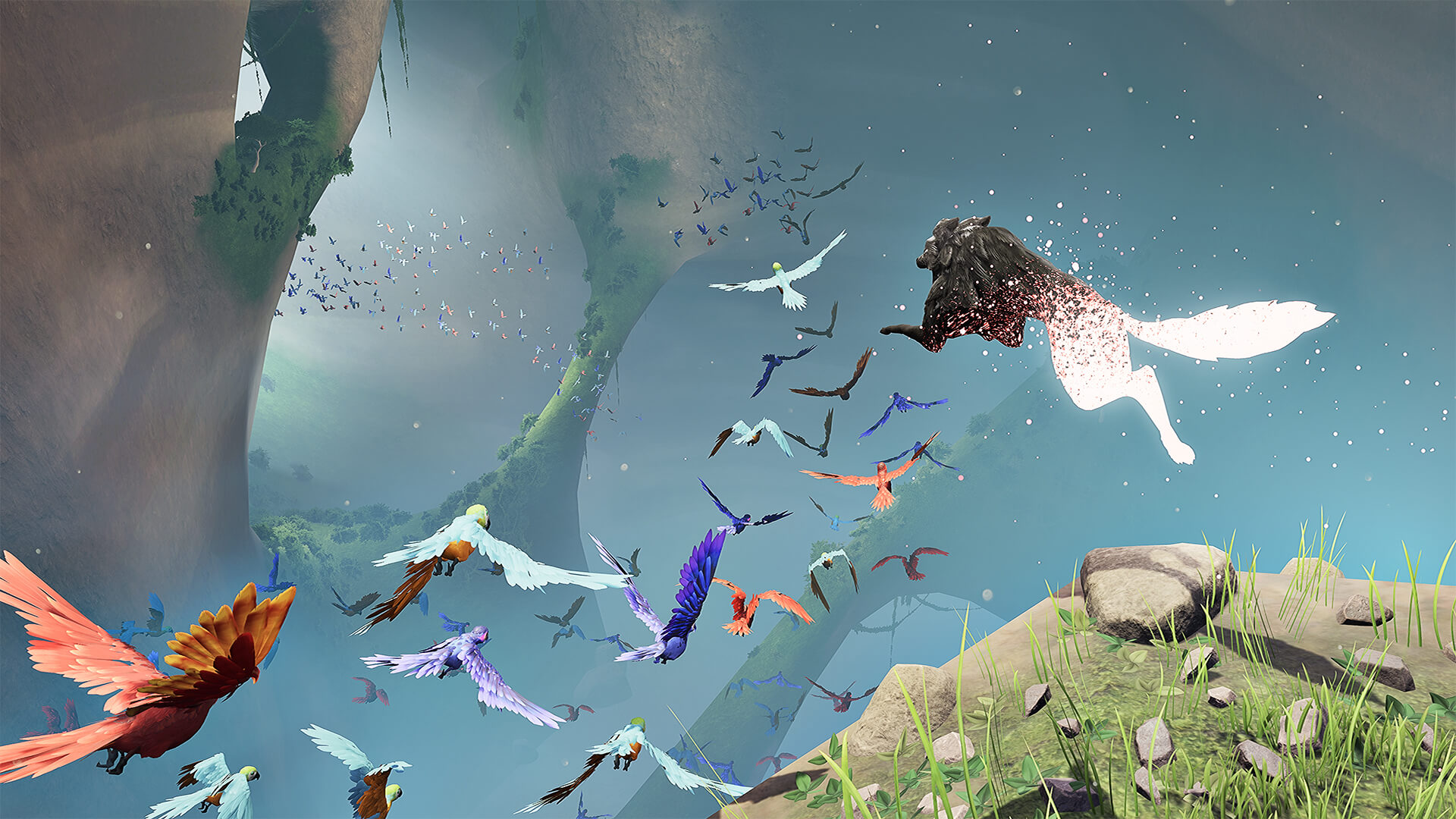 The adventure let’s you experience the contrasting stories of the fall of mankind and the lush life in a world reclaimed by nature and encourages you to explore the land, sea, and air, as you possess any creature you come across. Your journey will take you from densely wooded jungles, to lush rainforest canopies, to barren desert plains and archaic temples. Ultimately, you’ll discover a tale of loyalty, despair, and betrayal, as echoes of the lost Yanrana culture come to life in a lush wilderness devoid of man. 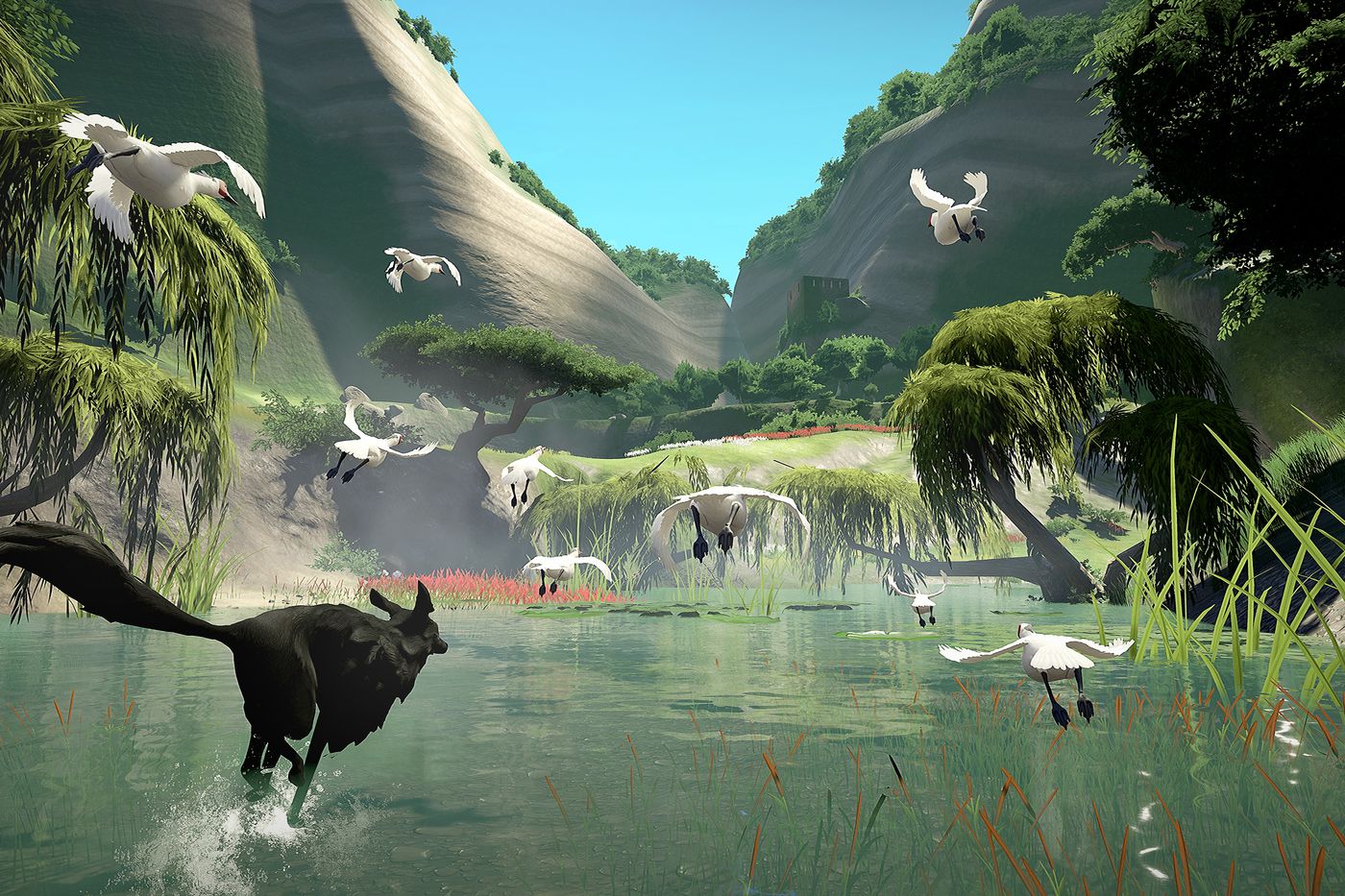 “Creating Lost Ember has been an incredible journey for us,” said Mooneye Studios CEO and programmer Tobias Graff. “We wanted to show the world something that would capture the imagination of players of all ages and nationalities, without relying on violence, microtransactions, or competitive play. Something pure, simple, and wondrous. After more than five long years, Lost Ember is the culmination of that dream.”

Lost Ember will release for Nintendo Switch on September 24th, 2020.