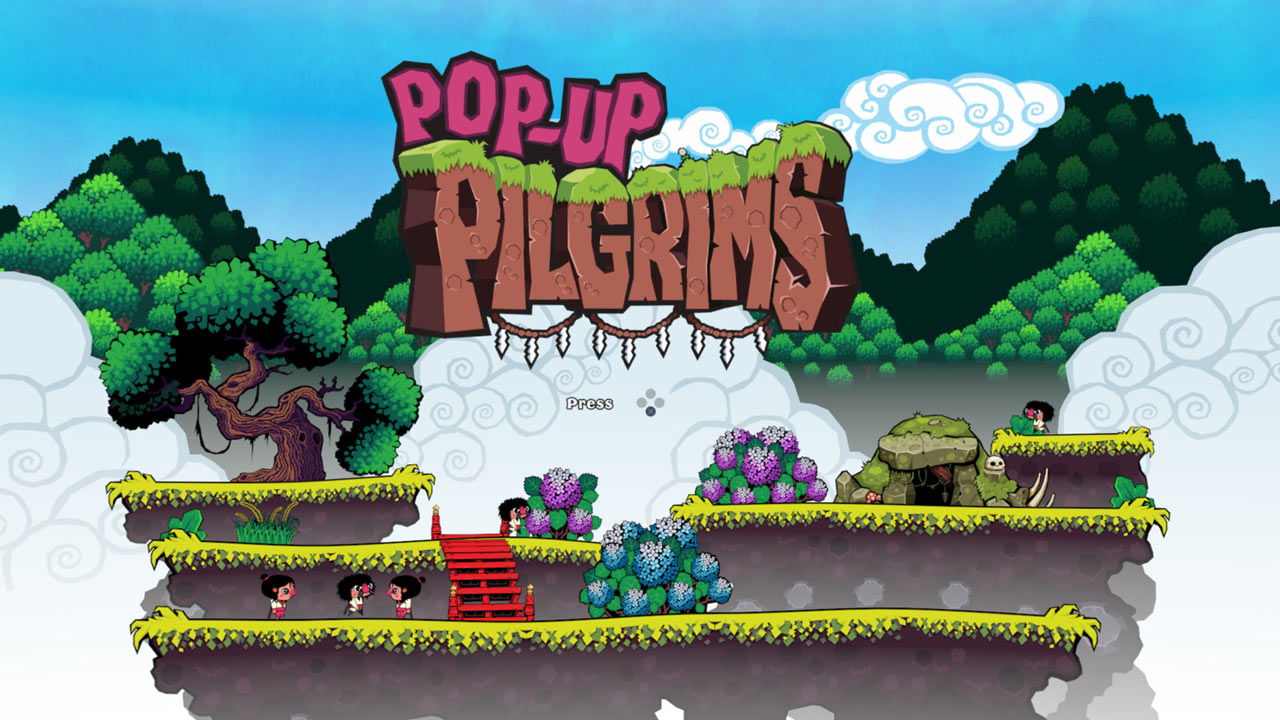 Independent games developer Dakko Dakko, the team behind acclaimed titles Scram Kitty And His Buddy On Rails, Floating Cloud God Saves the Pilgrims, and The 2D Adventures of Rotating Octopus Character, has revealed its first foray into virtual-reality with Pop-Up Pilgrims, coming exclusively to PlayStation VR on Feb 13th, 2018.

In Pop-Up Pilgrims, players guide a group of devoted followers across colourful pop-up islands – uniquely presented as 2D platforms in a wraparound 3D space. More than 50 layered stages curve around the player as the pilgrims jump from platform to platform in an effort to reclaim their beloved deity’s stolen source of power. 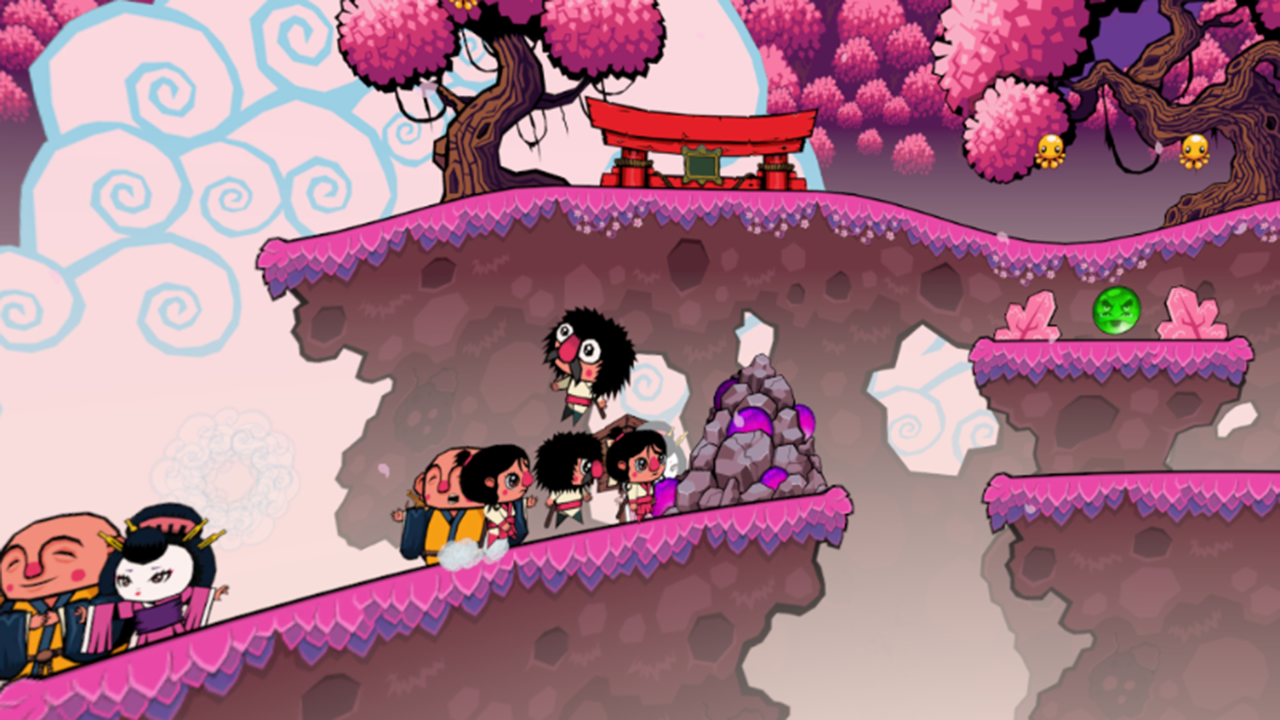 “Developing in VR presented some interesting challenges but mostly great opportunities to take the gameplay in exciting new directions,” said Rhodri Broadbent, founder of Dakko Dakko. “Pop Up Pilgrims springs both from our love of classic arcade experiences and from the ways new technology can enable new gameplay. We custom-built the engine for this game so the picturebook visuals bounce smoothly around the player even as the intensity ramps up.”

Set in beautifully hand-drawn world, you’ll manage the pilgrims’ migration as they mill about its menagerie of pop-up islands, contending with a slew of demonic bosses along the way. All of the action is set to the catchy, upbeat tunes Dakko Dakko is known for, and with their charming character designs leaping out like never before in a glorious VR space. Pop-Up Pilgrims was built from the ground up for VR using the studio’s custom 2D VR engine, capable of rendering crisp, high definition images at a silky-smooth frame rate. 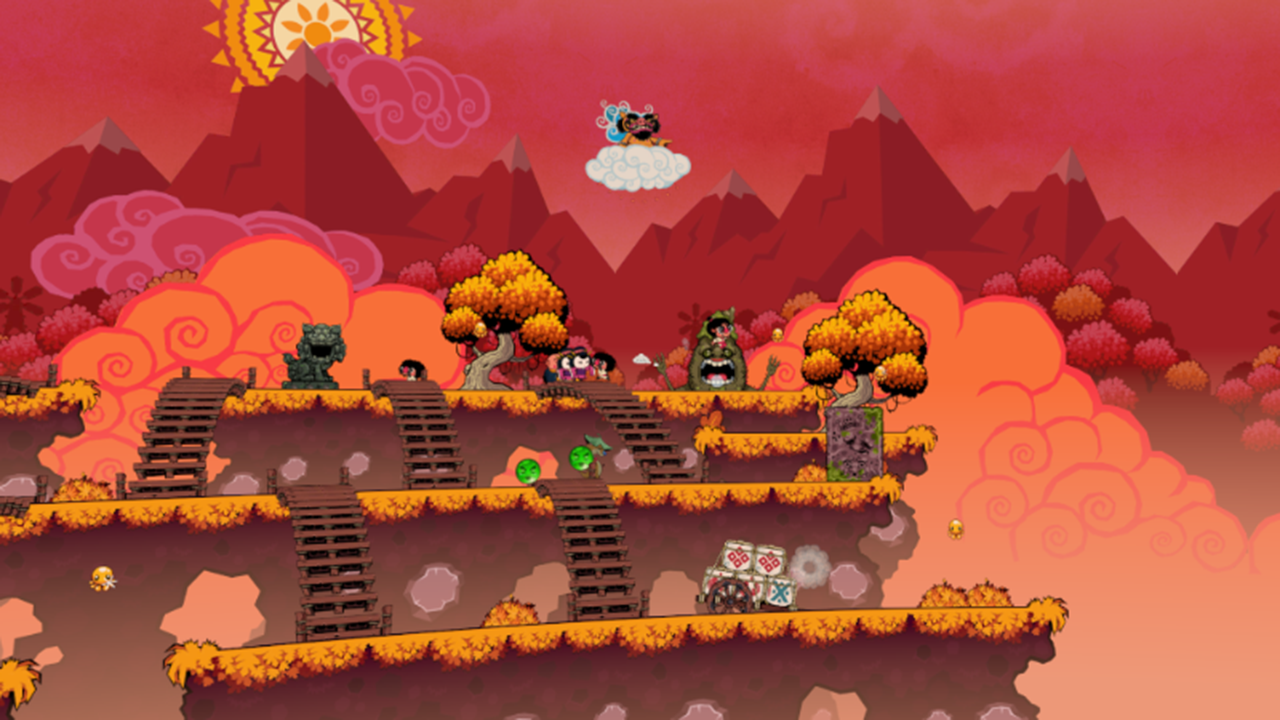 Dakko Dakko is a nimble, impassioned and talented game development studio formed in 2010 by programmer Rhodri Broadbent. Having worked on projects for Lionhead Studios (Fable) and Q-Games (PixelJunk series, Starfox Command) Rhod started the company with a philosophy to combine tight, fun and rich gameplay with precise controls and beautiful artwork, all designed down to the microsecond to amuse, entertain and challenge players.