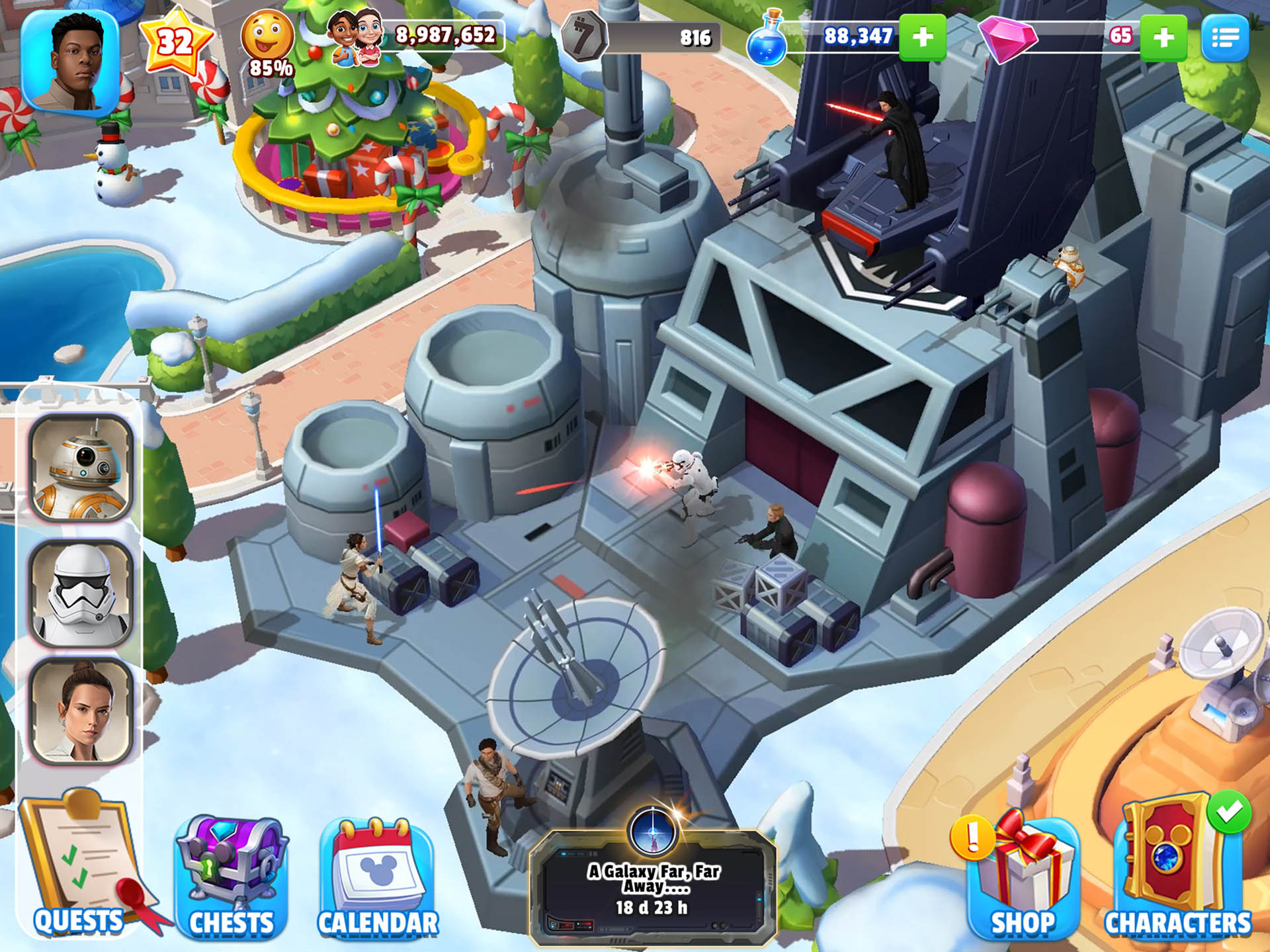 Gameloft introduces Star Wars characters and locations in Disney Magic Kingdoms, with  more coming in a brand new limited-time event celebrating the international release of Star Wars: The Rise of Skywalker, making it the biggest update to the game yet.

In addition to a brand new park expansion, this update introduces some of the most iconic heroes and villains of the latest Star Wars trilogy and brings them to the Kingdom.

Starting today, players can welcome C3PO and R2-D2 to their park and populate the new Star Wars themed area inspired by famed destinations like Hoth, Endor, Jakku and more with new attractions, concessions, and decorations. Players can make their park more magical by adding attractions like the X-wing Simulator or the Resistance Speeder and by opening shops for their guests to purchase new items such as Lightsaber Stands and a Blue Milk Stand. 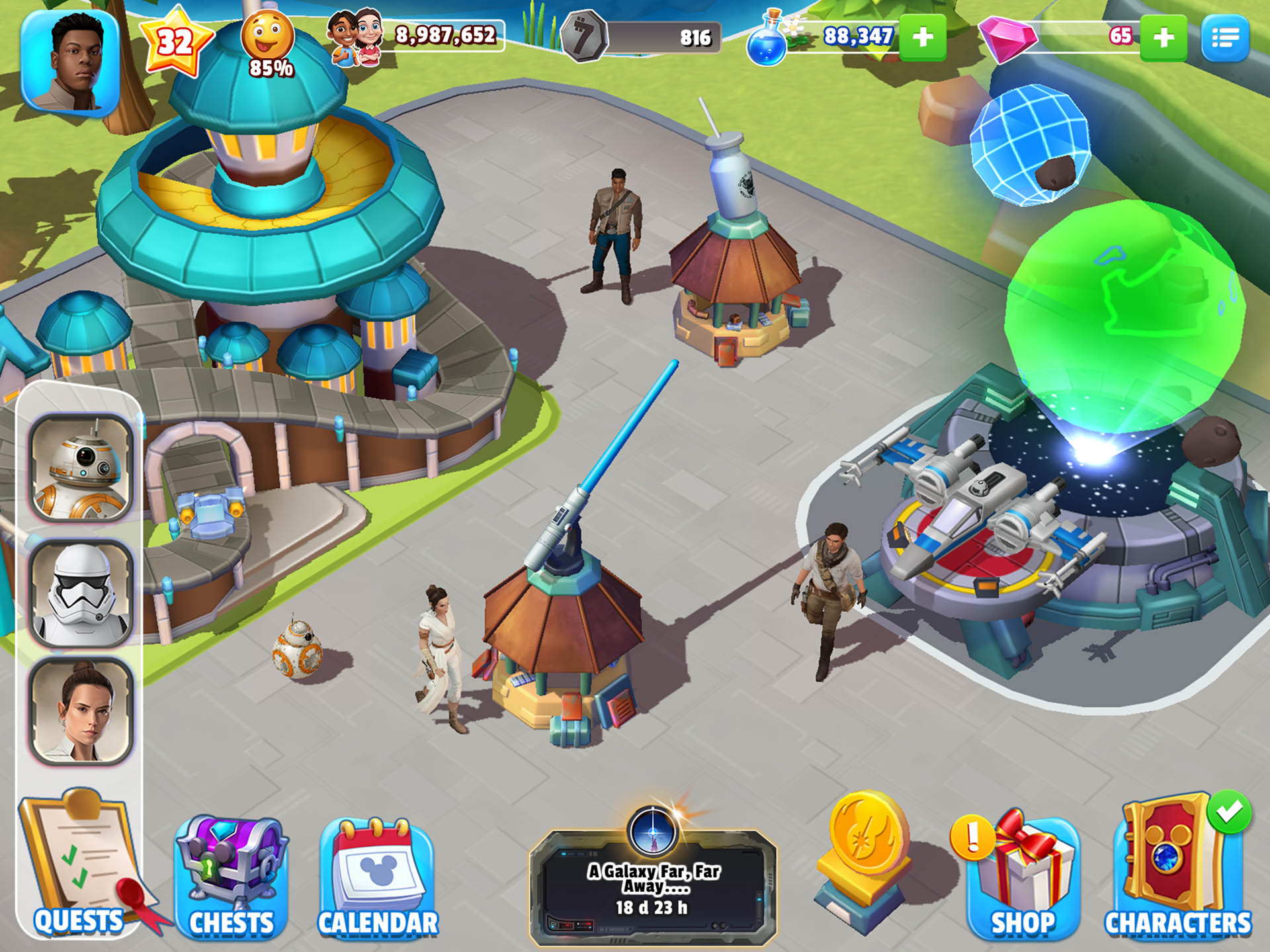 Additionally, the limited-time Star Wars event will take place from December 19th, 2019 through to January 14th, 2020, allowing players to bring seven additional characters to their parks: Rey, Poe, Finn, BB-8, General Hux, a First Order Stormtrooper, and Kylo Ren. During this new event, players will complete quests to help the Resistance to fight Kylo Ren and the First Order.