500 Million Is Something to Celebrate! 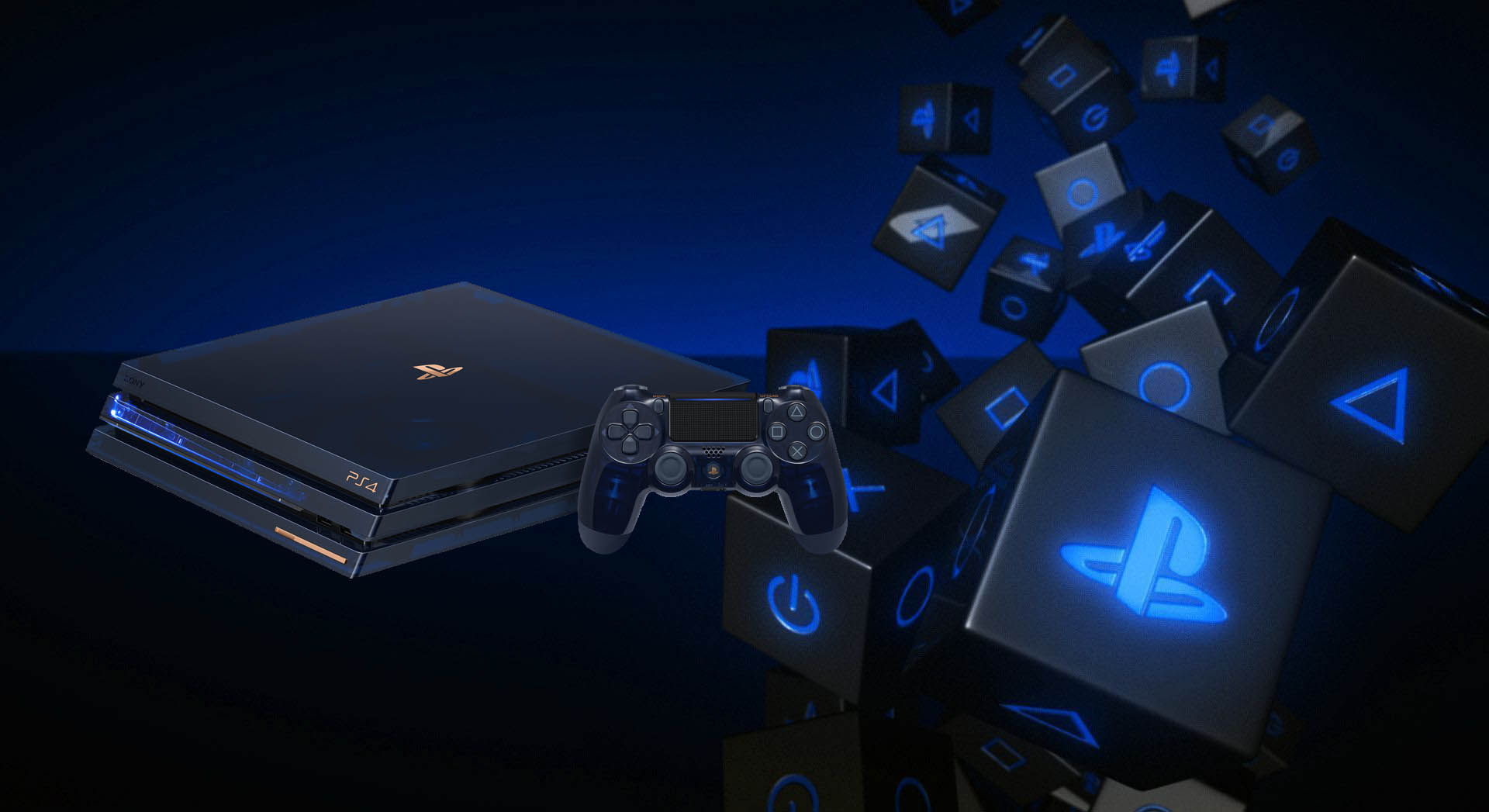 Sony Interactive Entertainment (SIE) has announced that it will introduce a specially designed PlayStation 4 Pro (PS4 Pro) “PlayStation 4 Pro 500 Million Limited Edition” (HDD 2TB) from August 24th, 2018, and will be available at a manufacturer’s suggested retail price of $799.95 in New Zealand.

PlayStation (PS) hardware sell through surpassing 525.3 Million units worldwide, the Limited Edition PS4 Pro is a thank you to all the fans who have supported and enjoyed entertainment on the platform. Only 50,000 limited edition PS4 Pro consoles will be available and for the first time comes in a dark blue translucent design on PlayStation 4 (PS4).

Since the launch of the original PlayStation (SCPH-1000) in Japan on December 3rd, 1994, PS platforms have evolved, embracing new technologies and thriving in a fast paced and competitive market. Succeeded by PlayStation 2, PSP (PlayStation Portable), PlayStation 3, PlayStation Vita, and PS4, the platforms have consistently provided a variety of innovative entertainment to the world. Moreover, PS4 surpassed 81.2 Million units as of July 22nd, 2018, and continues to further expand.

“I would like to express my deepest gratitude for the continued support from our fans and business partners, who have all contributed to PlayStation’s rich history. Without our passionate community, we would not have been able to surpass this remarkable milestone of 500 million units.” said John Kodera, SIE President and CEO. “PlayStation 4 Pro 500 Million Limited Edition has been created to represent our appreciation to our loyal fans. We will continue to make PlayStation the best place to play for all, as does our continued commitment to expanding our library of great games and variety of network services.”

This limited edition comes in a translucent design in dark blue, and when the power is switched on and the blue light is brightly lit inside the system, users can enjoy the beautifully sophisticated architecture of the PS4 Pro, only possible because of this special translucent design. 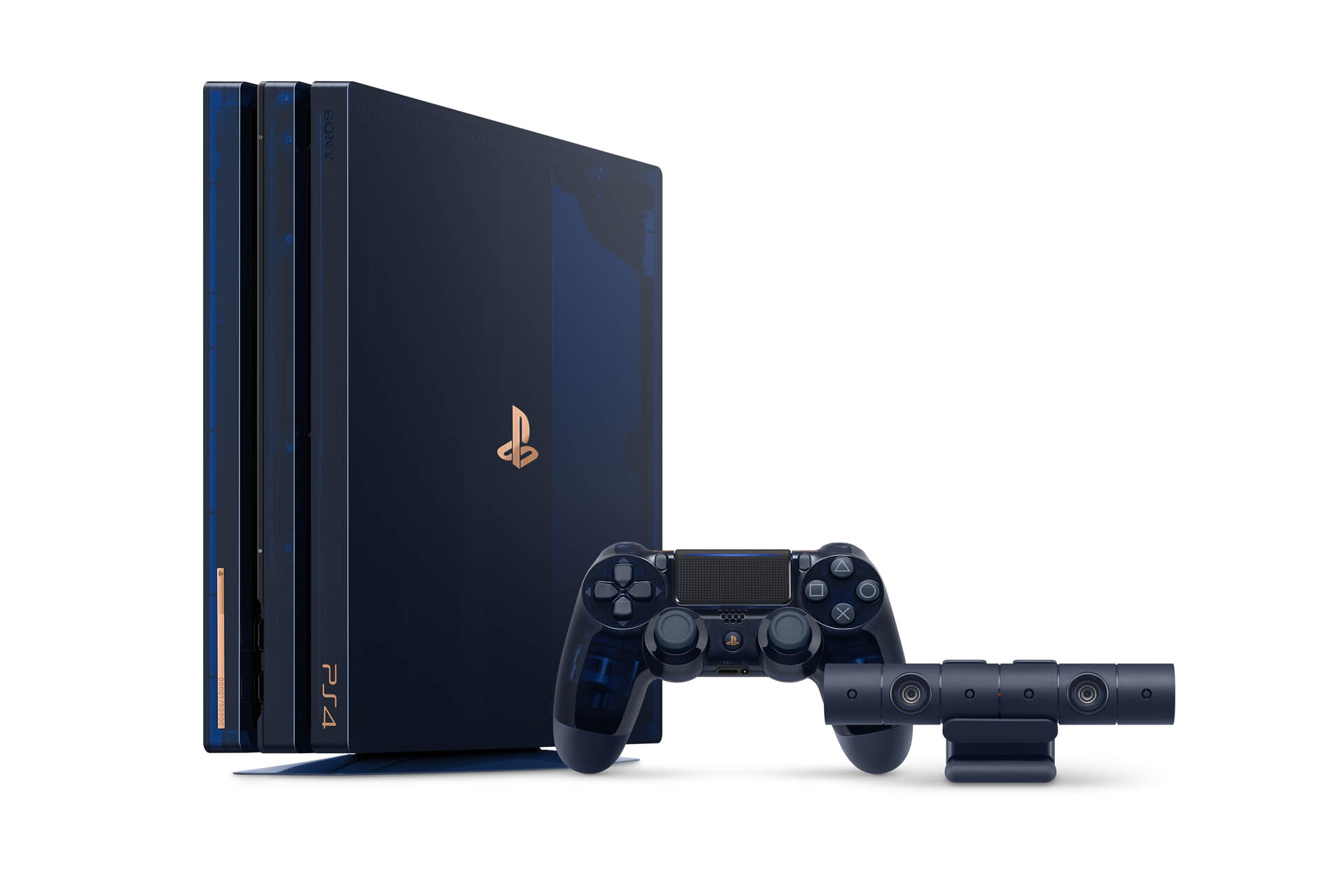 The PS family mark on the top surface and the PS4 logo on the PS4 Pro’s front are in a mat textured copper colour that matches the dark blue translucent design, giving a premium look. Every PS4 Pro features a plate on the lower right-hand corner of the system’s front-side, each inscribed with an individual number from 1 to 50,000. This unique number will remind the lucky owners that their PS4 Pro is the only one of this edition in the world.

The bundled accessories include a wireless controller (DUALSHOCK 4), PlayStation Camera, vertical stand, and the mono headset which are also translucent in the same dark blue. The DUALSHOCK 4’s sleek design comes in a half translucent and half mat design, with the “△○×□” and PS family mark in a special colour. Similar to the PS4 Pro system, the light bar of the wireless controller softly lights the inner-structure of the grip.

In the same dark blue color, the “Gold Headset 500 Million Limited Edition” has a matching bronze PS family mark on both sides of the headset with translucent designed speaker housings.

SIE will continue to further expand the PlayStation platform to deliver entertainment experiences that are only possible on PlayStation.