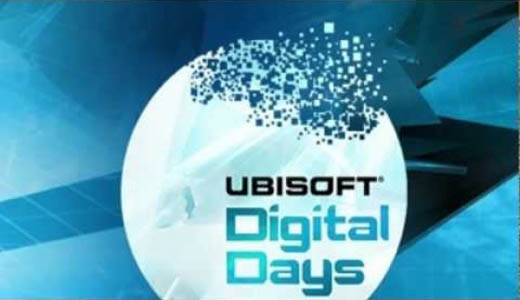 Ubisoft has recently wrapped up a ‘Digital Days’ event where they showcased a range of titles across all digital platforms including Xbox Live Arcade, PlayStation Network, PC, smart-phones and tablets.

During the event, titles such as Valiant Hearts: The Great War, Rayman Fiesta Run and Assassin’s Creed Pirates were announced, more information was provided on Child of Light, which was previously teased at The Games Developers Conference Europe.

Child of Light is a reimagining of classic fairytales, inviting players on an epic adventure into the magical painted world of Lemuria. Players will uncover mysteries, participate in turn-by-turn combat inspired by classic JRPGs, and explore the mystical kingdom. The game puts players in the shoes of Aurora, a child stolen from her home, who, in her quest to return, must bring back the sun, the moon and the stars held captive by the mysterious Queen of the Night. Helped by her companion Igniculus the firefly and several unlikely allies, Aurora will face her darkest fears, including dragons and other mystical creatures in this modern take on a coming-of-age story.

Valiant Hearts is being developed by a small team at Ubisoft Montpellier, known for their work on critically-acclaimed titles like Beyond Good & Evil, Rayman Origins and Rayman Legends.

Assassin’s Creed Pirates is a standalone game for smart-phones and tablets that will allow players to further explore the Caribbean during the Golden Age of piracy as Alonzo Batilia, a young and ambitious captain. Players will have to manage their crew, upgrade their ship, recruit new crew member and engage in huge real-time naval battles to become the most feared pirate of their time and claim La Buse’s legendary treasure. As in Assassin’s Creed IV: Black Flag™, the Caribbean seas will become their hunting grounds.

Rayman Fiesta Run will introduce players to a new wacky Fiesta world. Gamers will lunge for cocktail umbrellas, leap on limes and punch piñatas in this playful, colourful, musical adventure.

Rayman comes equipped with new powers and bonuses to take-on 75 levels in four brand new worlds. Facing epic bosses and new Invasion levels, Rayman Fiesta Run is fun for everyone to pick up and play, all the more since players can now share all their achievements thanks to new social features.

The Rabbids are coming to smart-phones and tablets this Spring with Rabbids Big Bang.

The Rabbids are making space their new playground in this physics-based game. Players will pilot the wacky little creatures using jetpack boosts and the gravitational force of planets, to avoid catastrophic accidents, fly around obstacles and explore the edges of the galaxy.