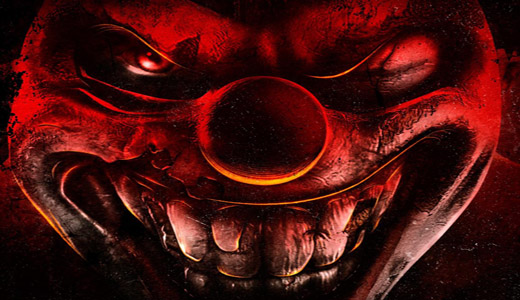 It’s the ultimate competition, win and you earn whatever your deepest desire is, no holds barred. 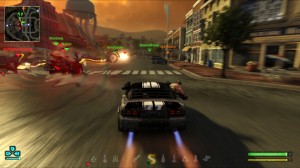 The mysterious overseer Calypso reigns over this newest competition which has bought out all of the TM characters from retirement for carnage, destruction and death.

Set in an idyllic U.S. small town, most of which is destructible, you take out the civilians in the area as they get in the way of an intense bout.

Certain death laced tracks and arena’s are setup, where not only are your foes a hazard to your victory but the Levels aswell, fused with wrecking balls, electrified zones and so on.

Offline mode has a heavy focus on Sweet Tooth, whose real name is Needles Kane. A psycho killer.

You assume the role as him and choose from three variations of vehicles to use. Each vehicle handles differently, can be upgraded and has unique weaponry to that particular vehicle.

Bouts are extremely lengthy and luckily you have a garage, whereby if the current vehicle that you are using is getting too damaged, get your way over to your garage (always marked in Green on your HUD) and swap vehicles.

If your opponents realise that is what you are upto, they’ll try to do everything to stop you.

Too far away from your garage, 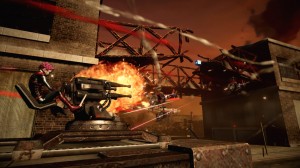 just sniff out the Health Truck that circles around the town. Driving onto the trailer ramp and boosting off restores your health.

Still there is an Online Mode (of course).

You become a disciple of one of four differing factions all based on a specific TM signature character and with upto 16 players from across the globe. Because NZ’s dribbling internet speeds will ensure a frustrating game timeout every now and then, there is also Multiplayer split-screen, offline.

While Twisted Metal X will keep fans of the series more than happy by remaining true to it’s signature gameplay and offering a visual feast, it maybe time for this franchise to move on. 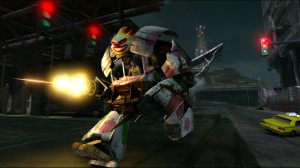 After a few hours, (if you are not a die-hard fan of the series) you will find yourself opting for a different game after getting tired of the repetitious mayhem.

The vid sequences are well put together and are actually quite cinematic (these can be reviewed once you have passed certain points), and it’s these that I feel is the only thing this game has going for it.

And they forgot to include the 3D TV option. 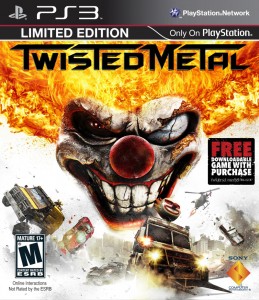