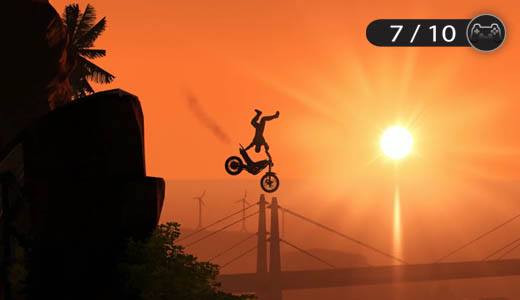 A sense of disappointment lingered throughout my playthrough of Trials Fusion. While still managing to be an okay game, it never achieved that greatness which I was hoping for. Maybe my bar was set too high or maybe I have just being spoilt by playing developer RedLynx’s previous efforts.

To those new to the series, Trials Fusion is a 2.5D platform racing game. Basically you control a motorbike rider on a 2D plane as navigate your way through very difficult terrain to get to the finish line. Generally your objective is to get to the finish line as quick as possible with the least amount of crashes to try and get the best medal. There are some races that focus on scoring points by completing tricks which I found more enjoyable than some of the time based courses. 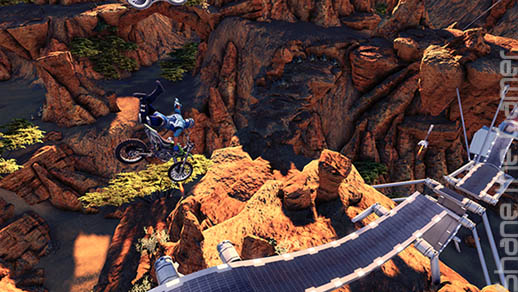 After finishing a race you are treated with what is supposed to be an amusing scene involving what would be a very painful experience for your rider. Unfortunately, these failed to draw even a slight smirk from me.

Trials Fusion has a futuristic theme to it that didn’t really resonate well with me. Mostly I found the futuristic environment wasn’t aesthetically pleasing. Most environments just seemed really boring. This is in stark contrast to the chaotic action scenes that I really enjoyed in Trials Evolution. On top of that they introduced a futuristic AI companion who will offer up some dialogue every now and again during a track. To me she just seemed annoying and didn’t really fit in with the actual gameplay. 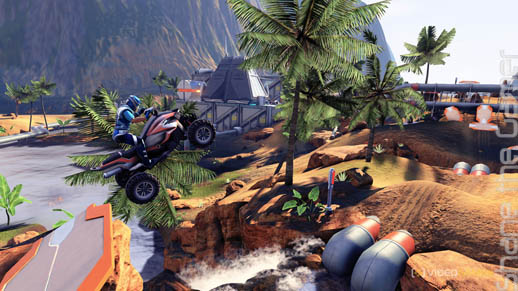 Another issue I had was the difficulty which may be due to my previous experience at this type of game. The trickiness is one of the most enjoyable parts of the series. Unfortunately, I found little challenge in over the first half of the game. In the first dozen or so Levels I couldn’t help but feel somewhat bored as I went on what felt like a leisurely sightseeing ride through bland environments.

The difficulty also seemed to dramatically jump rather than slowly increase. After finding little difficulty in one event set, I suddenly came across parts in the next event that proved well beyond my current skill level. Some of the latter Levels I really felt was near impossible to complete. 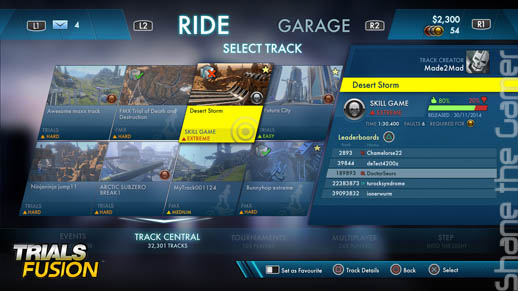 A noticeably lacking feature is online multiplayer, this felt like it should have been a logical fit with this type of game. Making this even stranger is the presence of local multiplayer.

One of the better parts of the game is the track editor.

Here you are given the opportunity to create your own tracks and share them online. If you are lazy like me, it is playing the high quality community made maps where you will find the most enjoyment out of this feature. This part of the game dramatically increases the life of the game. I actually found some of the community maps more interesting than those included in the game. 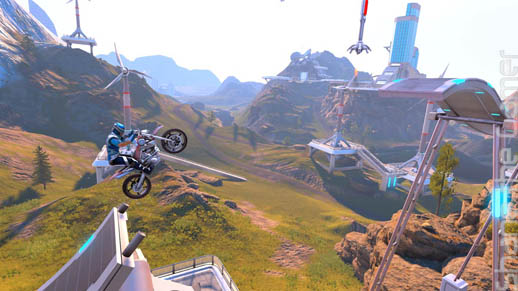 Overall, there isn’t much in the game that I felt was really a big improvement over their previous entries into the series.

On its own it is an okay game but I am not convinced it is worth the price. A bad UI, poor setting, boring Level design and lack of online multiplayer really held this entry back.