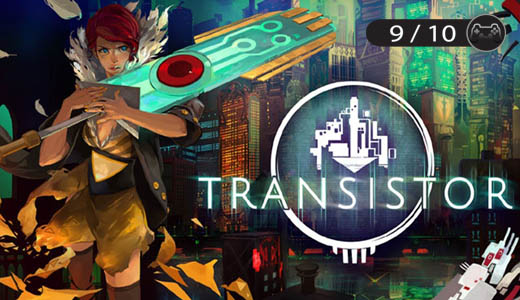 The PlayStation audience that missed out on Bastion can rejoice, as Supergiant Games bring their next tale to the PlayStation 4. Transistor, a top-down sci-fi RPG is an ambitious game from a studio that has a lot to live up to after the success its predecessor.

And by offering a unique adventure in a world where programs and people seem to be the same things, Transistor does just that. 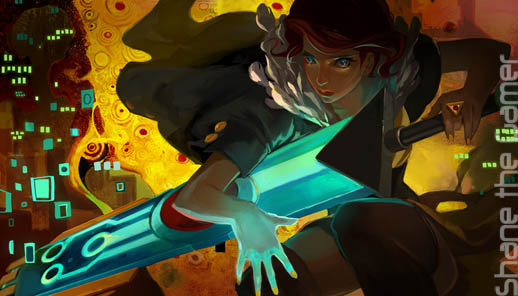 Set in a futuristic world infused with techno noir qualities, Transistor tells the story of Red, a popular lounge singer who is attacked one night and has her voice taken from her.

During the attack her loved one is stabbed by a sword-shaped programming chip known as the Transistor which absorbs his essence. Now, wielding the Transistor, Red must hunt down her assailants, get her voice back, and save the city from a virus known as The Process that seems to be assimilating everyone into its programming. 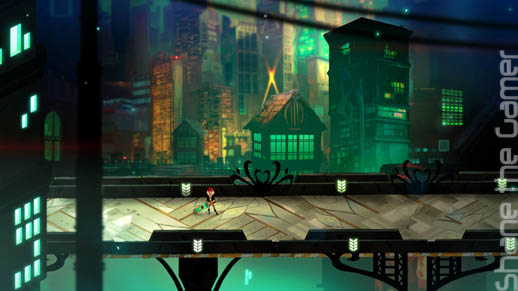 Transistor is a smart game that doesn’t dumb itself down or shy away from challenging its audience. Narrative is well constructed but many of the questions raised along the way are never truly resolved, leading to an ending that isn’t as realised or fulfilling as it should be.

From the beginning, the pace and breathlessness of plot adds a fantastic tension that has you on the run from sinister forces while trying to keep up with the narrative. With a very brief intro, no backstory or exposition makes you hit the ground running and sets up a great mystery that pushes you throughout the game. 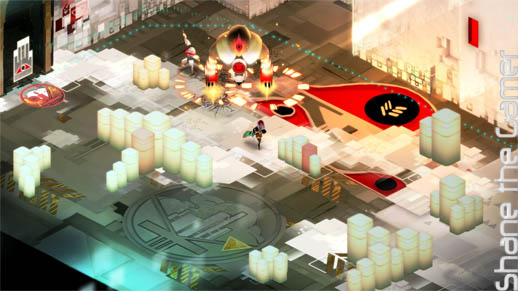 Characters are well written, especially in the case of Red, who manages to communicate intentions and motives despite the lack of vocal dialogue. Her character defies the typical shallowness afforded many female video game characters – Red is strong and independent because she is a woman rather than in spite of it.

Making her own choices when faced with obstacles creates a refreshing sense of agency for the main character, rather than being a reactionary vehicle for the plot. Doing what is necessary and right rather than what is being dictated to the player creates a great arc of empowerment which is a thrill to play. 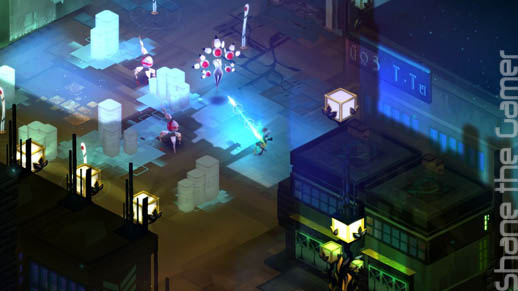 Beyond the story, Transistor offers deep gameplay mechanics through multiple aspects of its design. The combat system especially shines, with its turn based rules creating any number of possible ways to attack. Requiring a full power bar before each attack, timing and the complexity of each attack is up to you.

A turn could be a devastating onslaught on a group of enemies that completely drains you of power, or it could be a quick reposition to get the lay of the land before the bar quickly refills so you can strike again. Enemies offer a variety of challenges as well, with different combinations requiring different strategies. 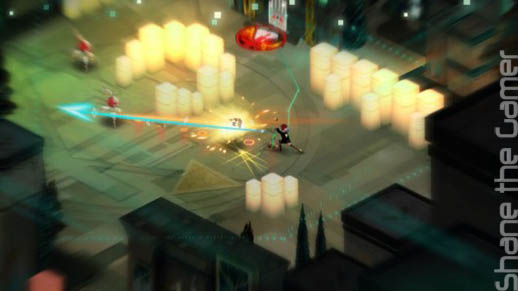 Abilities (referred to as Functions within the game) can be installed into the Transistor in a number of ways, offering different power ups or combos. Functions are obtained through Levelling up or defeating bosses, and represent the soul or essence of a person from the world.

Using these functions in their various capacities rewards the player with further backstory to each character they have previously encountered.

As such, ability layouts are often changed, keeping combat fresh and new.The fact that a large amount of damage results in the temporary loss of an installed function creates a great health system as well as a risk vs reward dynamic within combat. 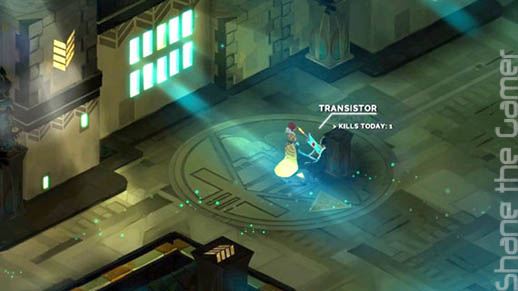 Visually Transistor offers the same aesthetic as its predecessor, with rich hand drawn artwork livening up all cut scenes and Level designs. The contrast between this warm art style and the cold and empty tech-world the character inhabits makes for a great contradiction of feeling familiar and foreign at the same time. Level layout can be confusing at times when it shouldn’t be and scenery can be obstructive to gameplay, but these moments are minimal in the scope of the game.

“Look, whatever you do… don’t let me go”

While these words are spoken from a giant sword to its wielder, it also seems to be from the game to the player.

The non-linear narrative style makes additional playthroughs equally illuminating, and having a strong character and an emotional story work keep the player engaged at all times. If this wasn’t enough. a new game plus feature in the form of Recurse deepens the Leveling system even further, pushing Red to become even stronger. 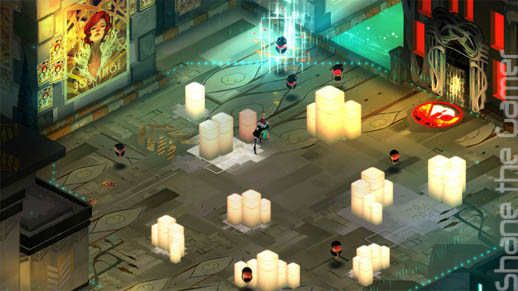 Considering everything this game gets right, its hard to believe all these features would be necessary to pull people back into the world of Transistor after their first play through.

With stunning visuals, a brilliantly complex combat system, and deep storytelling, you’ll be hard pressed to not jump straight back in after the credits roll.