Tour Islands in the Clouds – News 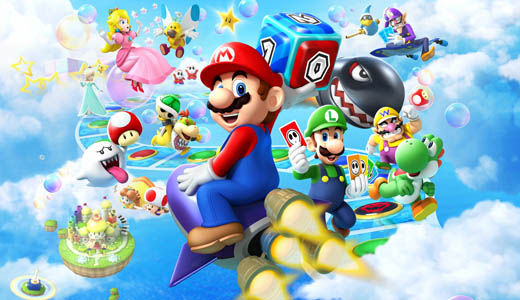 It’s time Party – join Mario and friends for a shindig in the clouds in Mario Party: Island Tour now launched in Australia and New Zealand for the 3DS and 2DS .

It’s never been easier to get the party started in multiplayer as Mario Party: Island Tour only requires one copy of the game to be enjoyed with up to three other friends using the Nintendo 3DS system’s Download Play feature. Whether you’re a fan or new to the series, this latest instalment of the virtual board game has plenty for everyone, with 7 brand new game boards, 80 addictive minigames and a variety of modes for family and friends to enjoy. 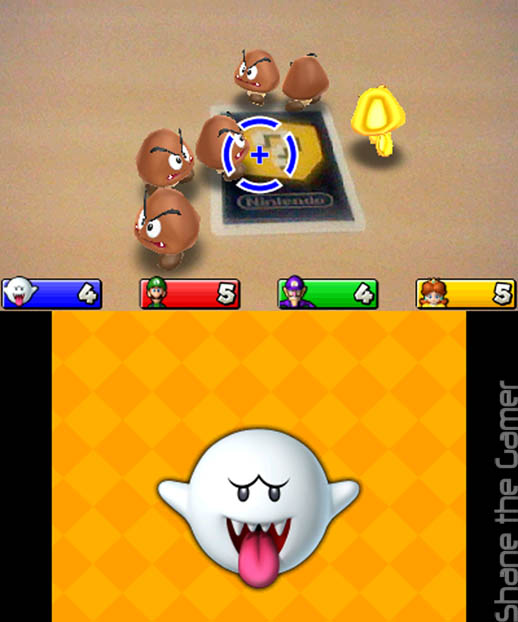 Choose from a range of beloved Nintendo characters to play as, such as Mario, Luigi, Yoshi, Peach and Toad, and party across 7 uniquely themed game boards each with different goals and play styles. For instance, play chicken with Banzai Bills on Banzai Bill’s Mad Mountain and try your luck to see whether risky moves get you to the finish first, or collect boosters to tune up your rocket and race to the finish on Rocket Road.

Each game board is jam-packed with its own range of special cards or dice that could turn the tide of the game and are won through exciting minigames. In Mario Party: Island Tour it’s always your party, so you can choose whether more skill or luck will be required when you pick a game board of your preference, or even determine the difficulty level of the minigames. 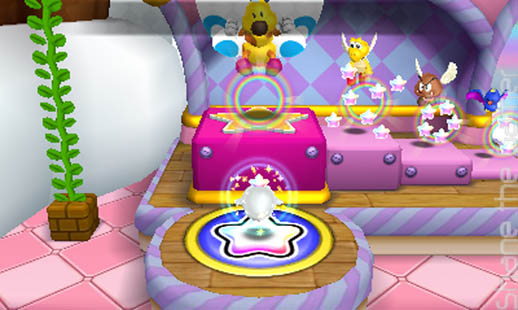 Alternatively, jump straight into minigame mayhem in a dedicated mode, competing with friends or playing solo across 80 minigames full of variety.

All-new minigames integrate the unique features of the Nintendo 3DS system in fun new ways, such as the microphone in Soundalike Star Show, where you try to impersonate favourite Nintendo characters, while in Ready, Aim, Fuzzy! you use motion controls to target your bow and arrow and try to take out as many Fuzzies as possible.

There are also brand new AR minigames that use the ? Card that is bundled with every Nintendo 3DS system, to conjure an augmented reality where a special range of minigames can be played. For instance, there’s a tower that you need to physically move 360° around to see all the obstacles so you can climb it, or play against others to attack a mass of waddling Goombas; all of which appear before your eyes in augmented reality on your Nintendo 3DS system. 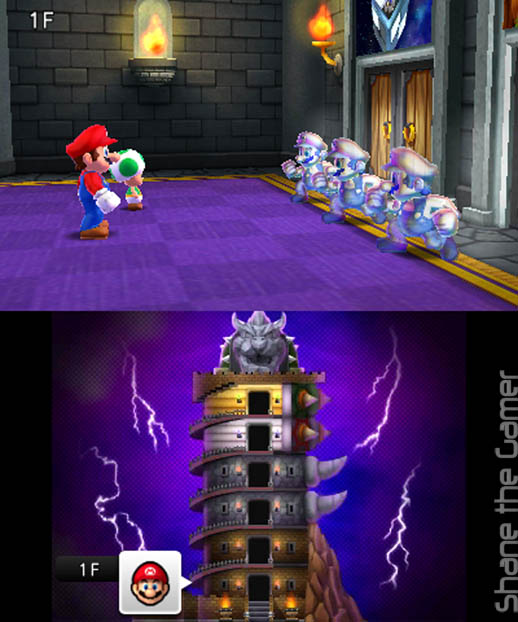 Many features can also be enjoyed solo, from playing against computer controlled characters across many of the game boards to the brand new single player Bowser’s Tower mode, which challenges you to reach the top as you try your hand at minigames of ever-increasing difficulty: succeed to advance up one floor, else it’s game over.

There are even boss battles unique to this mode, such as a fight against a stack of Goombas, with plenty more colourful challenges on your way to the top. In addition, StreetPass is employed in a mode where you can meet Mii characters of other Mario Party: Island Tour players and battle their favourite Nintendo character in random minigames to earn Mario Party Points that you can use to purchase unlockables at the in-game shop.

Released both in store and as a Digital Download from the Nintendo e-shop.