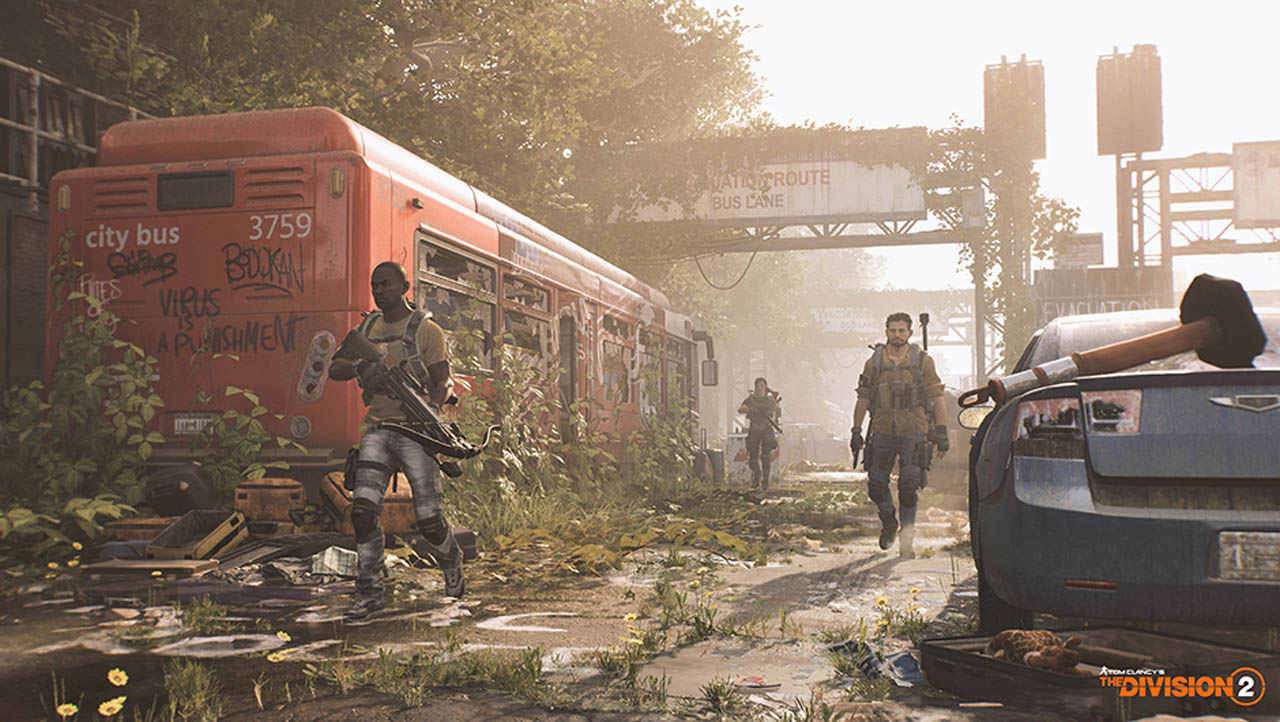 The Division 2 is another of Ubisoft’s military shooter to posthumously carry the Tom Clancy name. As with the first game the late novelist had zero input with this post-apocalyptic looter-shooter. But that doesn’t necessarily make it bad. In fact, The Division 2 takes what was good about the first game and makes it a whole lot better.

Seven months have passed since the Black Friday terrorist attack that released the smallpox virus via infected banknotes. Whilst the virus has been contained, America’s leadership is no more. Washington D.C. is in the middle of a civil war between the criminal Hyenas, the fanatical Outcasts and the paramilitary True Sons.

The game starts with the player’s Division agent having journeyed to Washington to aid the Joint Task Force who have set up their base of operations in the White House. Players get straight into the action, unlike many games that force the player to endure twenty minutes of painful exposition at the start. The Division 2 has players create their character and get dropped straight into a sunny summer morning in post-apocalyptic Washington D.C.

And what a glorious backdrop Ubisoft have given us for this third-person sandbox looter-shooter. The US capital has been meticulously modelled at one-to-one scale. Not all of the city is available, but it’s still a sizeable map. The attention to detail is incredible. 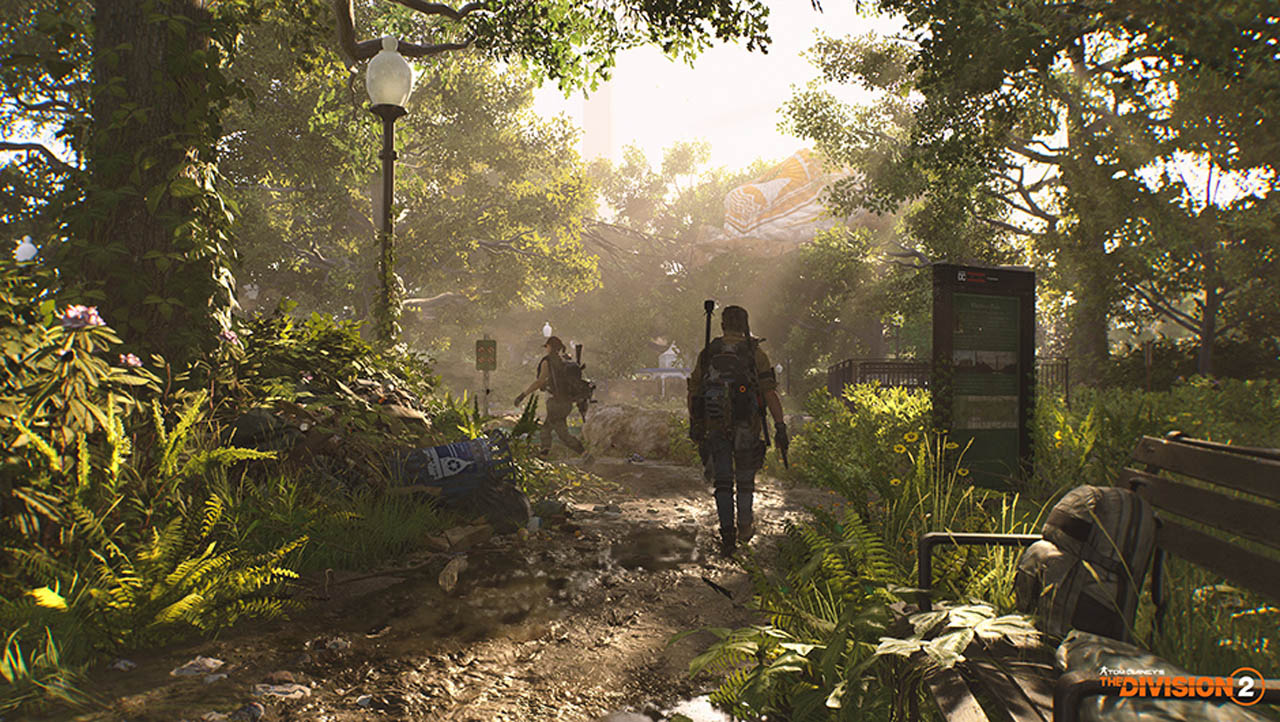 The city has seen better days. The streets are littered with faded and torn Christmas decorations. This all looks disturbingly out-of-place in the summer sun. It’s stark reminder that just a few short months ago everything was OK, and now things have gone to hell.

It’s not just the streets that Ubisoft have modelled with intricate detail. Interior locations like the National Aeronautical Museum and the National Museum of American History look absolutely jaw-droppingly good.

The game looks stunning on PS4, but on PC the environment comes alive. The game has a day / night cycle with weather, as well, affecting visibility. It’s very easy to accidentally wander pasts a group of enemies, if you are not careful, and having all hell break loose.

The basic gameplay is identical to the first game. Players inhabit a local instance of the city, effectively a solo experience. The whole campaign game can be played this way. This is the backbone of the game. The player’s agent has arrived in Washington to aid the local population against the enemy elements vying to take over the city.

Starting with the White House as the base of operations, other settlements are unlocked as the game progresses, each with their own missions. As missions are completed, the settlements upgrade opening up new characters and opportunities. 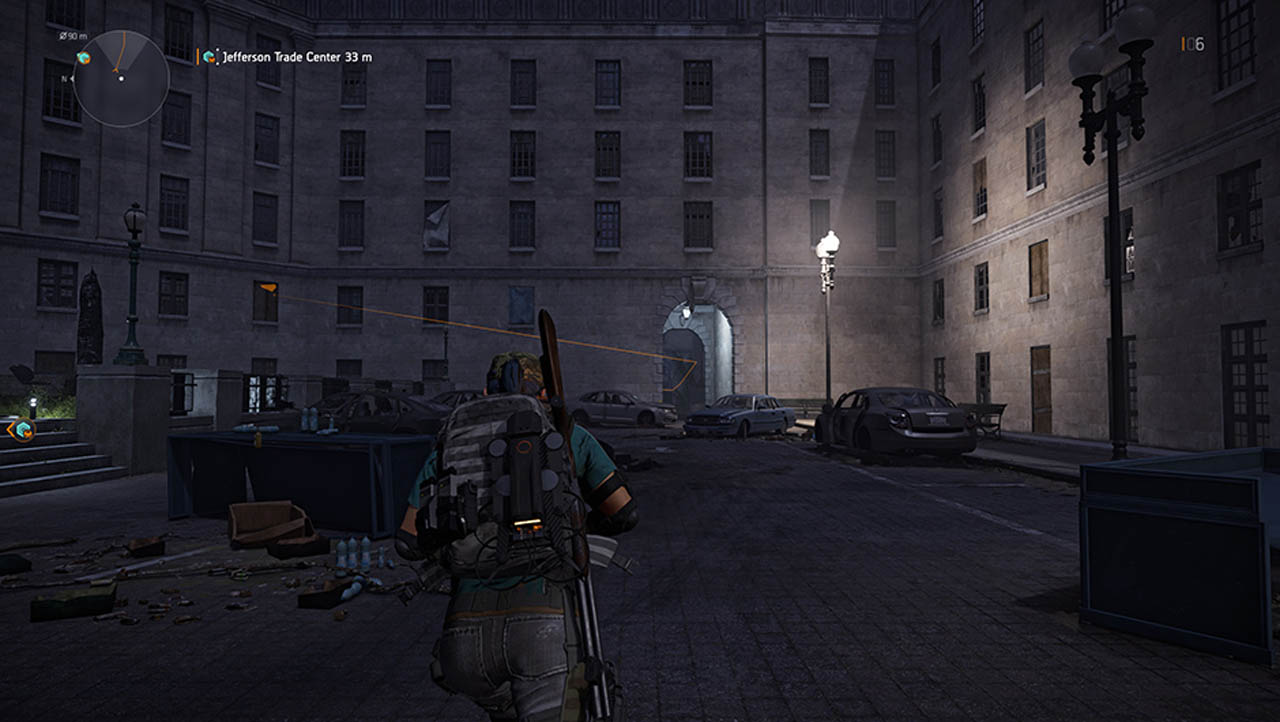 Interactions with other players are 100% down to player choice. If you want to play on your own, you can. You can take on missions solo, or matchmake to find a team. If things get tricky, you can call for support and have other players drop into your game. Similarly, you can respond to other agents’ calls for help and join their game. This makes for a very believable multiplayer scenario that doesn’t break the game’s narrative. It’s entirely logical that Division agents would come to each other’s aid.

Even if you choose to play alone, you can still get non-player character assistance when liberating command posts. Firing the flare gun signals to the local militia that you request assistance, but at the same time alerts the enemy that they are about to be attacked. Liberated command points unlock supply rooms and fast travel points.

Main story missions radiate out from the settlements, with increasing difficulty. The map is divided up into zones corresponding to different level ranges. A low-level player chancing a shortcut though an area with higher level enemies risks certain death. Unlocking safe houses and traversing between fast travel points is the best way to quickly (and safety) get about.

The game features plenty of side missions, enemy encounters- such as disrupting executions, and SHC tech crates to collect. There’s plenty of these little jobs to do between some of the more involved missions, that make it easy to jump on for a quick go without getting tied up for too long. This is handy, as the persistent nature of the game means that there’s no pause button. 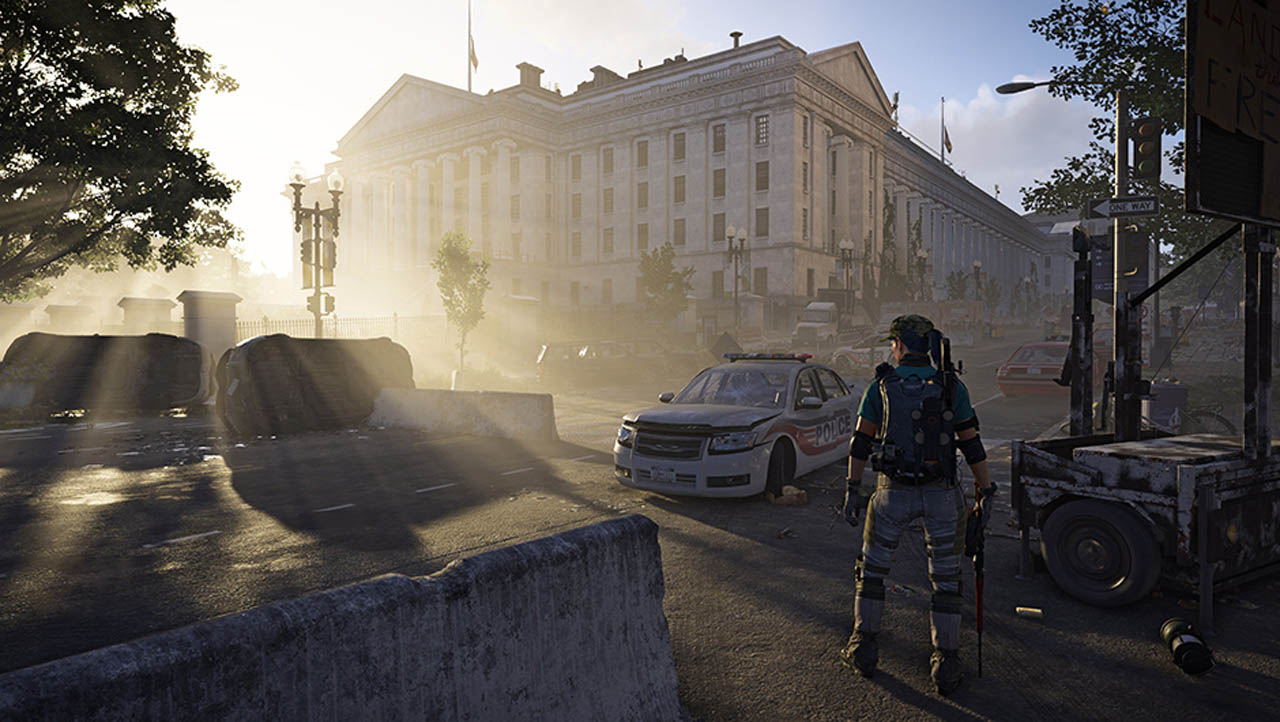 Whilst the campaign propels the story, the game is really all about obtaining and maintaining your gear and weapons as you advance your character to the current level 30 cap. Upgrading equipment and provides a satisfying sense of achievement that also alters your character’s look.

Weapons can be modded as you unlock these abilities progressing the game. Adding a reflex sight to a rifle increase accuracy in the middle distance, whilst adding an optical zoom to a sniper rifle allows for some spectacular long-distance one-shot kills. Division agencies also have a fair amount of tech available to them such as automated armed drones and automatic-targeting turrets. All this tech, like everything else can be upgraded allowing players the ability to customise their characters in the way that they want to play.

Players wanting to go up against other players will be pleased to know that there are two Dark Zones in The Division 2. In these multiplayer shared-world areas the kid gloves are off anyone and everyone, other Division agents included, may well be after you. Unlike in the last game, this time players get a tutorial, neatly disguised as an introductory recon mission. 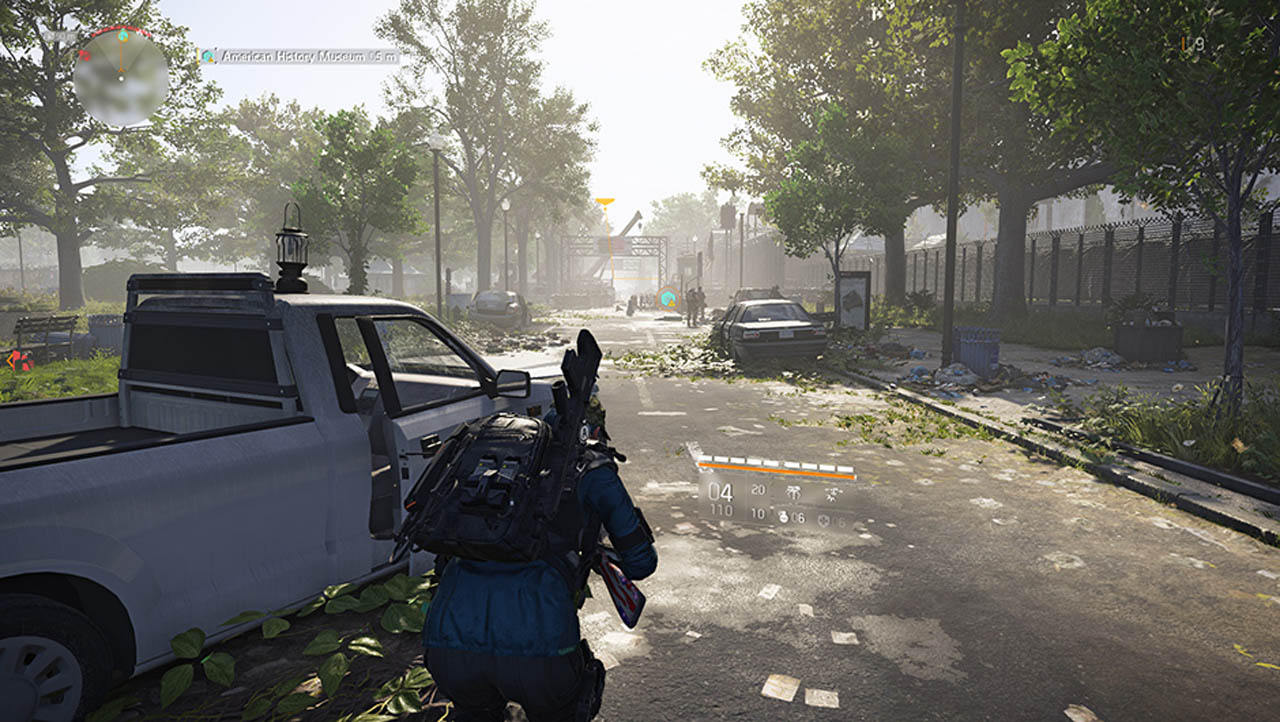 All this would be for nought if the actual gunplay sucked. Well, it doesn’t. In fact (especially on the Nvidia RTX-powered PC version running at 144hz) the firefights are smooth, fun and very rewarding. Enemies duck for cover, flank and try to out manoeuvre you. Unlike many other games, I never once found the AI to be anything but superb. The different enemies in each faction allow for some variety. It’s even not unusual to come across two factions fighting each other. The Division 2 is all about gunfights, so it’s good that they’ve got this aspect licked.

Tom Clancy’s The Division 2 is one of the most superb tactical shooters that I’ve played. Without a doubt, it’s the best looter-shooter I’ve experienced. The subtle way it blends a solo campaign with an optional multiplayer experience is how all multiplayer games should be.

And with a year’s worth of free content updates ahead of us and plenty of endgame activities, The Division 2 is a game that I’ll be returning to in the months ahead.