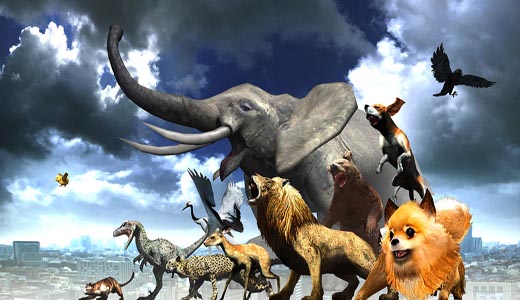 Imagine a world where humans are extinct. Gone, vanished, leaving the land to the animals of all creeds.

Imagine it no longer with Tokyo Jungle, exclusive to PS3 as a DLC title.

Tokyo is absent of people (aswell as the rest of the World, we assume) and a mix of the humble family pets with escaped Zoo animals fight for survival and fight to reign and dominate.

After a five step Tutorial (which you will need, even though you can opt to skip) you embark for a walk on the wild side with a vast array of creatures.

You will need to 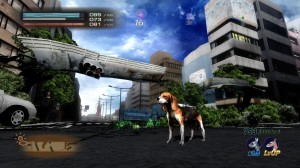 adopt animal instinct to make it through and stay alive in the crumbling city of Tokyo.

The game starts you out with a choice of two classes; a Grazer (Sika Deer) or a Carnivore (of all things; a Pomeranian).

Size and class is not all that matters, as you learn to adopt skills to evade, stealth and kill those that threaten you or your pack.

You also age, with a life expectancy of 15 years. As you get older, you become weaker and more susceptible to threats. Being atop of the food chain doesn’t mean that you will stay there.

Using a mixed batch of abilities and devouring your defeated will also raise your Rank.

Why is a Rank important? Not only is it Points based, where the more you do correctly, such as a perfect evade or a clean kill which gets your Points and Stats up, but the better animal you are, the higher class of mate you will attract. 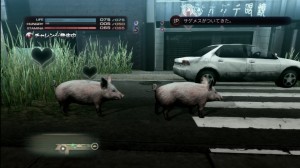 Pure and simple, Tokyo Jungle is a game of survival and ensuring your species carries on.

As you work through and complete the various Missions assigned to the current animal you are controlling more and more species from the two differing Classes unlock, from Chickens through to Lions, Elephants to Rabbits and so forth.

Once another species has been unlocked you then ‘purchase’ it with Skill points through an in-game store.

Ontop of that, if you are feeling as though you’ve become King of the Jungle with the current menagerie included with the game, there are more exotic animals that can be bought from the PSN Store.

An online Ranking system, divvied up by Daily, Weekly and Monthly shows you the most hardcore of all Tokyo Jungle players, with scores that you could only dream of beating.

Offline is History, which displays your entire Game stats. How long you’ve survived, how much you’ve eaten, the Territories that you call home, those that you have defeated and so on. This is mostly specific to the animal you are playing as.

The Multiplayer mode is also offline. 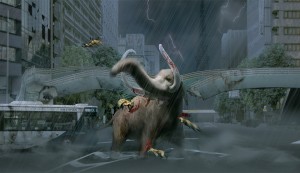 greatest game I’ve seen, infact, it’s pretty bad, but this is a title that you would play to not be wowed by eye candy, it’s a game that you sink yourself into to fine tune your gamer instincts, as the gameplay makes use of almost every skill a gamer needs in any genre.

At first I was questionable. My eyebrows did raise to their highest peak.  But after the first couple of Tutorial Missions, I was compelled to push onwards to the point where adrenalin started pumping at certain points of the game and sighs of relief could be heard as I completed yet another Mission.

The entire Game is satisfactory in it’s longevity, there’s enough Missions to keep you going for a while, and the differing levels of difficulty as reflected by both Class and Mission ensure your animalistic instincts will be at their sharpest. However it is repetitive and that’s a huge flaw and it does lose points because of that. 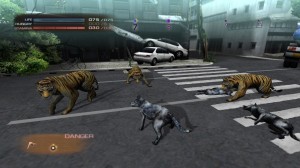 Nonetheless, Tokyo Jungle is a standout. Taking the brave initiative to be different.

There hasn’t been a game like this since the PlayStation 2, where, although aimed at kids, A Dog’s Life (see the original review here) mimicked the life of a canine, from the animals perspective.

Tokyo is not a kids game, that’s for certain. There’s blood and gore, a lot of killing and a bit of unadulterated animalistic hanky panky.

If you are tired of gun running, hack’n’slashing, tearing up the tarmac, or just waiting for that next epic title, this could be a good gap filler.

New Zealand gamers be warned though, it is a 4GB download… might take a few days with the nations current excuse for broadband. 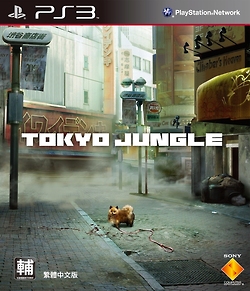