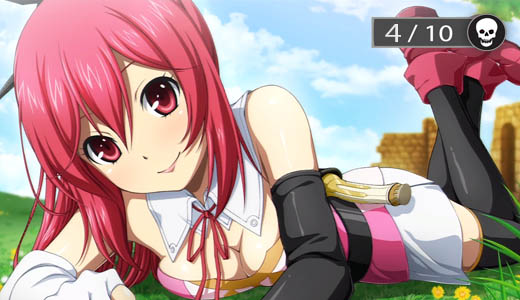 Being a fan of JRPGs and Anime I was a excited about the opportunity to play and review Time and Eternity, but in about five minutes into playing, the novelty quickly wore off.

Time and Eternity is a new edition to the Animated RPGs that have made it from from Japan to our shores. 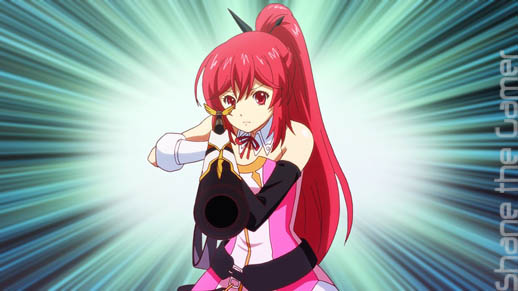 Half way through the wedding they get attacked by an unknown group of assassins. Zack is mortally wounded. While Zack is dying Towa, a new blonde character, appears and goes all bad ass and somehow saves the day, then turns back time to save Zack. From then on your goal is to find who attacked the wedding and put a stop to their evil plan.

It turns out that this Towa person is actually another soul who shares the same body as Toki (this is one of the game’s selling points: two main characters that switch through out the game). While Toki and Towa go around trying to save their future wedding, Zack for some unknown reason has turned into Drack (Toki’s Pet Dragon) during the time travel and constantly wants to have a shower with her. 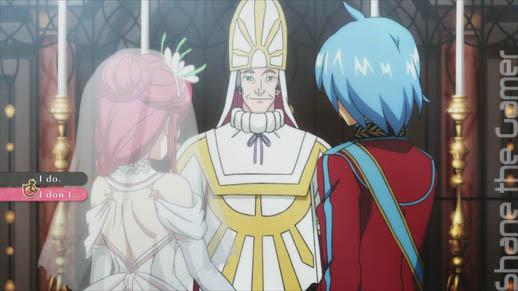 From the start I struggled with the dialogue. It is not exactly what you could call interesting and is quite slow paced.

The Animations were jerky and stiff, though the art work had some nice points. It all ended up feeling a bit rushed. Past the first scene the world opens up and you take the character through the land of Kamza. The maps felt a bit “copy and paste”. Reused textures and undefined landscapes makes the game a bit of a chore to work through. 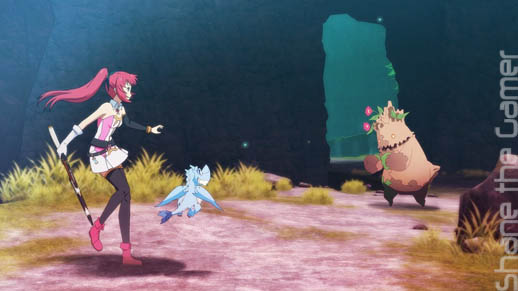 The NPCs and monsters also all looked the same, with slight differences in colours and move scripts while being extremely repetitive. Some good points about the combat though is the use of dodging and counter attacks which, for me, kept the battles more interesting.

Though this all might make it sound like a bad game I still can’t make my mind up if I personally liked it or not.

Its stays quite “playable” and the storyline, however cliché it is, still makes you want to finish it. Even if you swear and curse every time the same damn monster turns up. It really took me back to my Pokemon playing days “DAM ZUBATS!!!”. 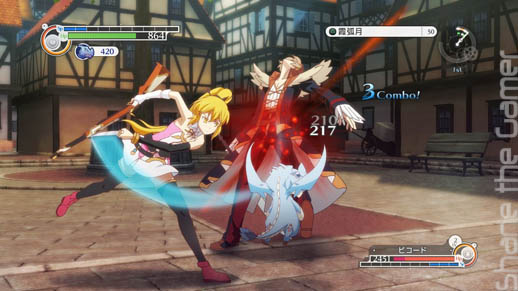 Some of the dialogue actually made me chuckle. The choices and the possibility of hitting on Toki and her friends in typical anime sleaziness helped the game progress. The music also helped to “enjoy” the game, however it got repetitive in some areas and after a while the soundtracks all sounded very similar.

To conclude I feel that this game missed a lot of key points that make a good game.

It did have some good ideas and concepts that sadly don’t get to shine through because of all of the other faults. If you’re a big fan of dating sims, or a HUGE fan of JPRGs, and by that I mean someone who will read this review and still want to buy it, then go for it. 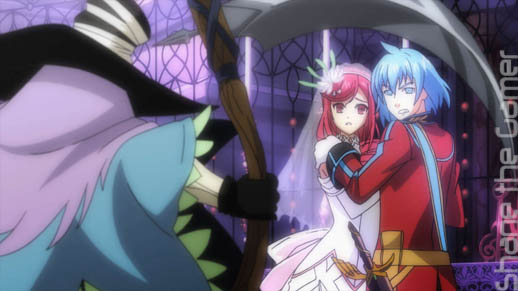 It doesn’t feel like it was made by a big development company wanting to make money, but by a small studio trying to push the boundaries in a genre that hasn’t really been changed since the dawn of games.

It is an extremely Japanese style game that I feel doesn’t hit the mark for a western audience. All I’m hoping for is for them to learn and improve this otherwise not bad idea, with future games.