“I count every kill I make, why? The Reasons are my own.”

Enigmatic and sharp sighted, Kerillian is a Waywatcher who walks the lands of men, after having left her post as a guardian of the Wood Elves ancient home Athel Loren.

Using her exceptional skills with a bow and blade to take down anyone perceived as a threat, she is as likely to kill you as she is to begrudgingly acknowledge your presence. Kerillian regards the human race as nothing more than clueless children, and treats them accordingly, most often drenching her answers to their naive questions in patronising sarcasm. Unfortunately for her, Wood Elves are rare in human lands, and even if many recoil in fear, she is regarded as a curiosity and approached more frequently than she would prefer by foolish humans attempting to interact. 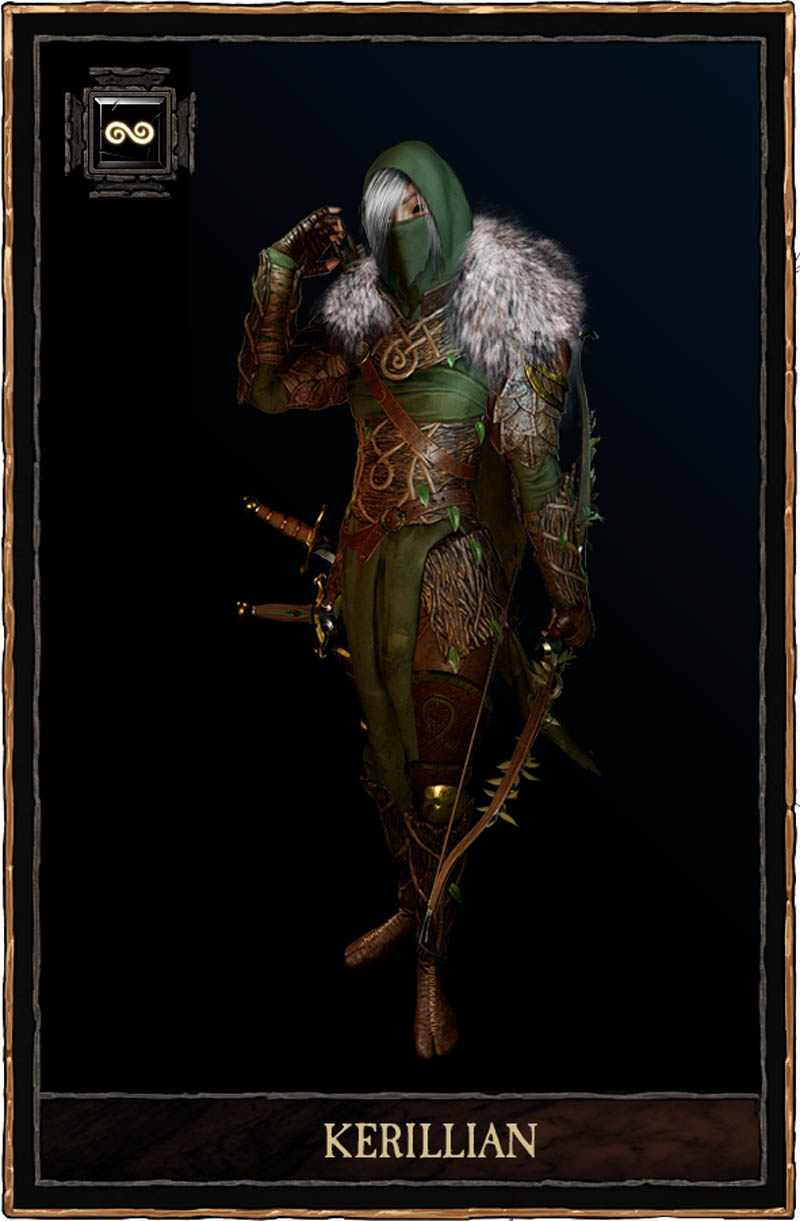 Waywatchers like to keep their distance while fighting, picking off enemies before they even realize they are in any danger.

They are exceptionally skilled with a Bow, and often use different styles of arrows to efficiently take down their foes before they come within arms reach. If any of her enemies are lucky enough to avoid an Elven shaft between the eyes, Kerillian will swap to her Double Daggers and swiftly hack, stab and slash a path through them, leaving a trail of bloody corpses in her wake.

Occasionally, Kerillian will opt for a more strength focused approach to her fighting, picking up one or even two Short Swords and taking down multiple foes in one mighty slice. 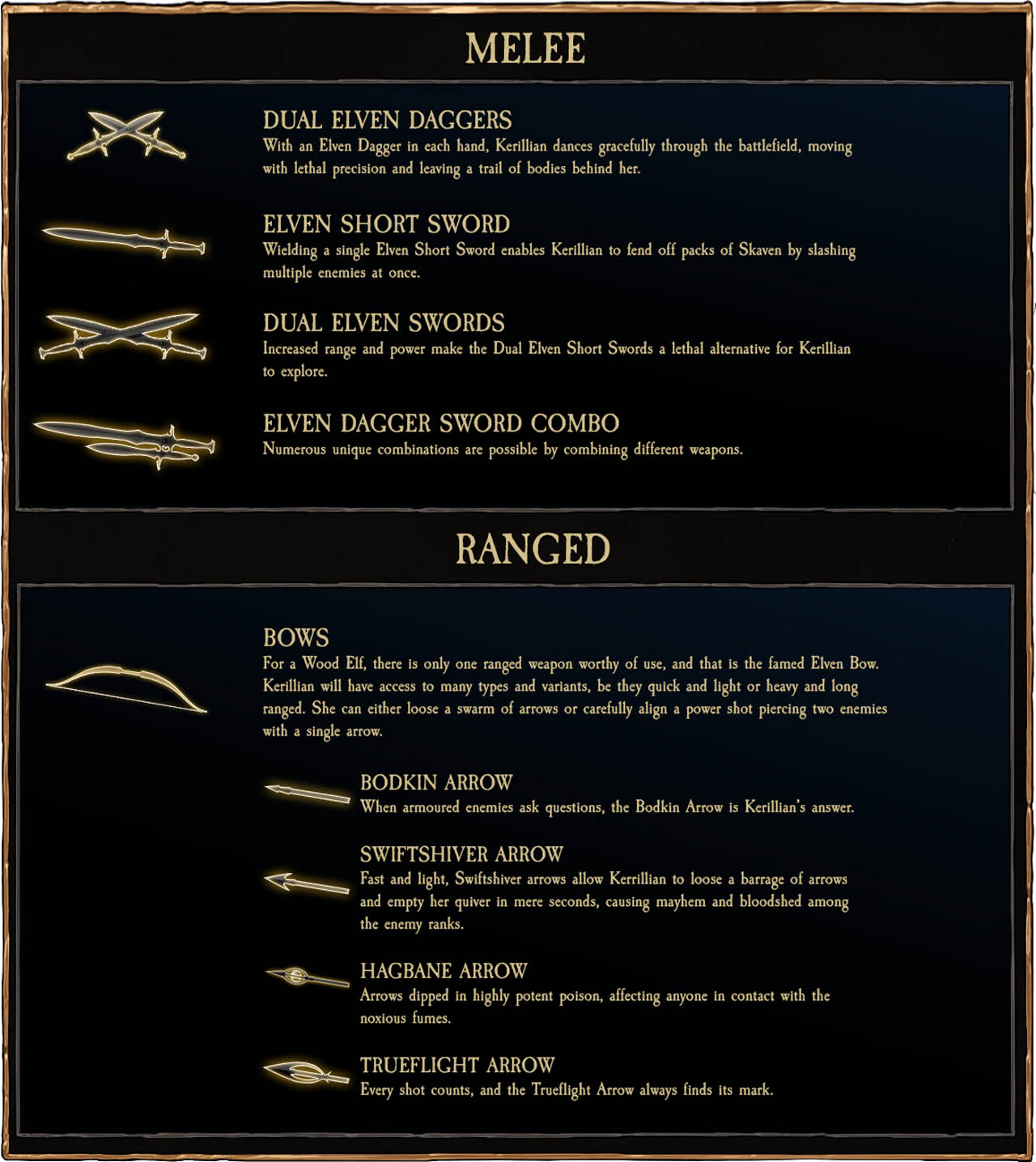 In Vermintide, the city of Ubersreik is under siege as players select from a band of five heroes with different play-styles and abilities, all equipped with unique gear and personalities.

Working together cooperatively, players must use their individual attributes to survive an apocalyptic invasion from hordes of relentless, power hungry Skaven, across a range of environments stretching from the top of the Magnus Tower to the bowels of the Under Empire.