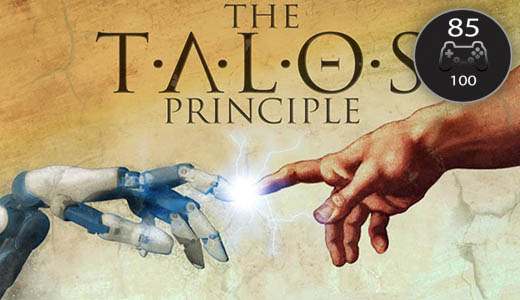 As gamers we live in exciting times. As lucky as we are to be able to enjoy the latest iteration of Far Cry and Call of Duty we also, once in a while, get the opportunity to try something a little different, like The Talos Principle.

Coming to us from Croteam, the Croation developer that gave us the insane Serious Sam, The Talos Principle is a rather clever first-person puzzle game that asks us to ponder what exactly it is to be a human being.

Players take on the role of a robot that seems to have developed conscious through. Under the instruction of an ethereal voice that calls itself Elohim, players must collect sigil pieces. These sigils, which look like Tetris pieces, are locked away at the end of maze-like puzzles. 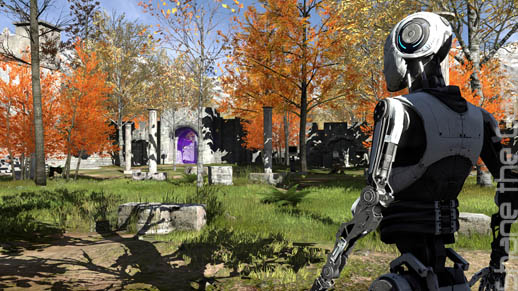 Set amongst the abandoned ruins of civilisations long gone, in order to solve the puzzles, players must negotiate their way through force fields, remote turrets and explosive sentinels.

The initially traps and barriers are traversed by the careful positioning of mobile jammer units which power down force fields and hazards. As players progress more tools are unlocked, such as prisms to channel light beams, making the puzzles more complex. 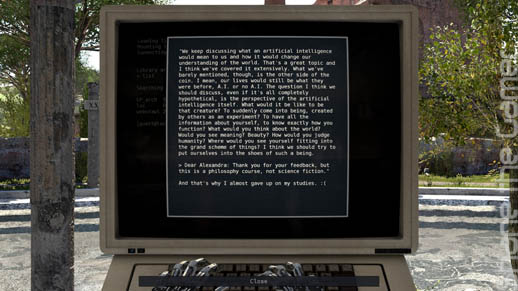 Throughout the game the mysterious Elohim continues an esoteric philosophical dialogue on the theme of consciousness. Dotted around the levels are a series of monitors offer further clues about what this strange and somewhat ethereal environment is actually all. As the narrative unfolds, the underlying subtext, being the question of what it is to be human being and the relationship between us and sentient A.I., becomes apparent.

The game’s narrative is subtle, being the same sort of “work it out yourself” style of story-telling reminded me of the likes of Dear Esther, Gone Home and, more recently, The Vanishing of Ethan Carter. 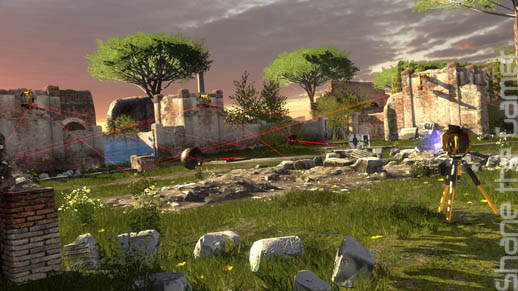 The story may not appeal to all, but you can take it or leave it. I found it rather thought provoking, myself, as it mirrored some of my recent thoughts on the development of sentient A.I.

The Talos Principle does go one further that most of its peers in that it actually gives players something tangible to do instead of being just some philosophical trip. Despite the high-brow dialogue of Elohim, The Talo Principle is a puzzle game, and it can be played as just that. 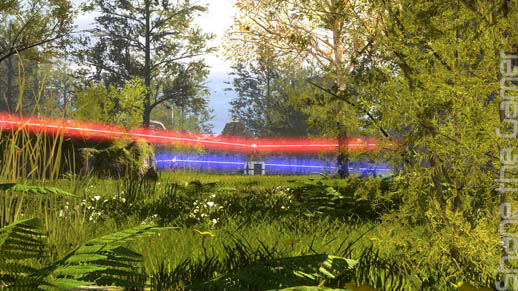 But the overarching mystery of what is actually going on certainly kept me engaged, even when the puzzles became taxing.

The puzzles, the one sided dialogue with Elohim and that feeling that you are playing a puzzle inside a puzzle reminded me of the Portal games. The Talos Principle also shares the same increasingly complex style of puzzle mechanics employed by Value in Portal. 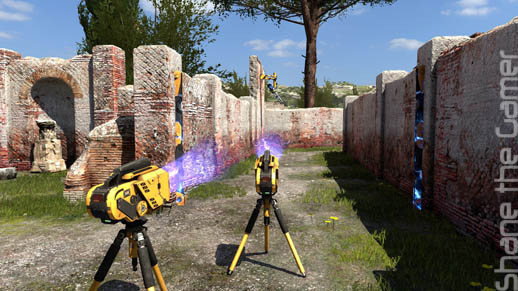 Using their Serious 3 engine Croateam have created some interesting stunning environments. There are three worlds depicting the ruins from three different time periods all linked by a central hub with secrets of its own.

Each world has over thirty different puzzles plus plenty of secrets. Whilst some of the puzzles are quite hard, the game does gently ease players into the mechanics of the game, slowly introducing all the different obstacles and the tools available to overcome them. 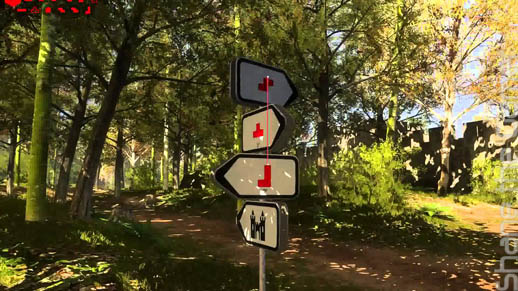 It’s not a dreadfully long game, but it still isn’t a game that you are likely to be able to undertake in one sitting.