THE ROLLING STONES ARE STILL ROLLING 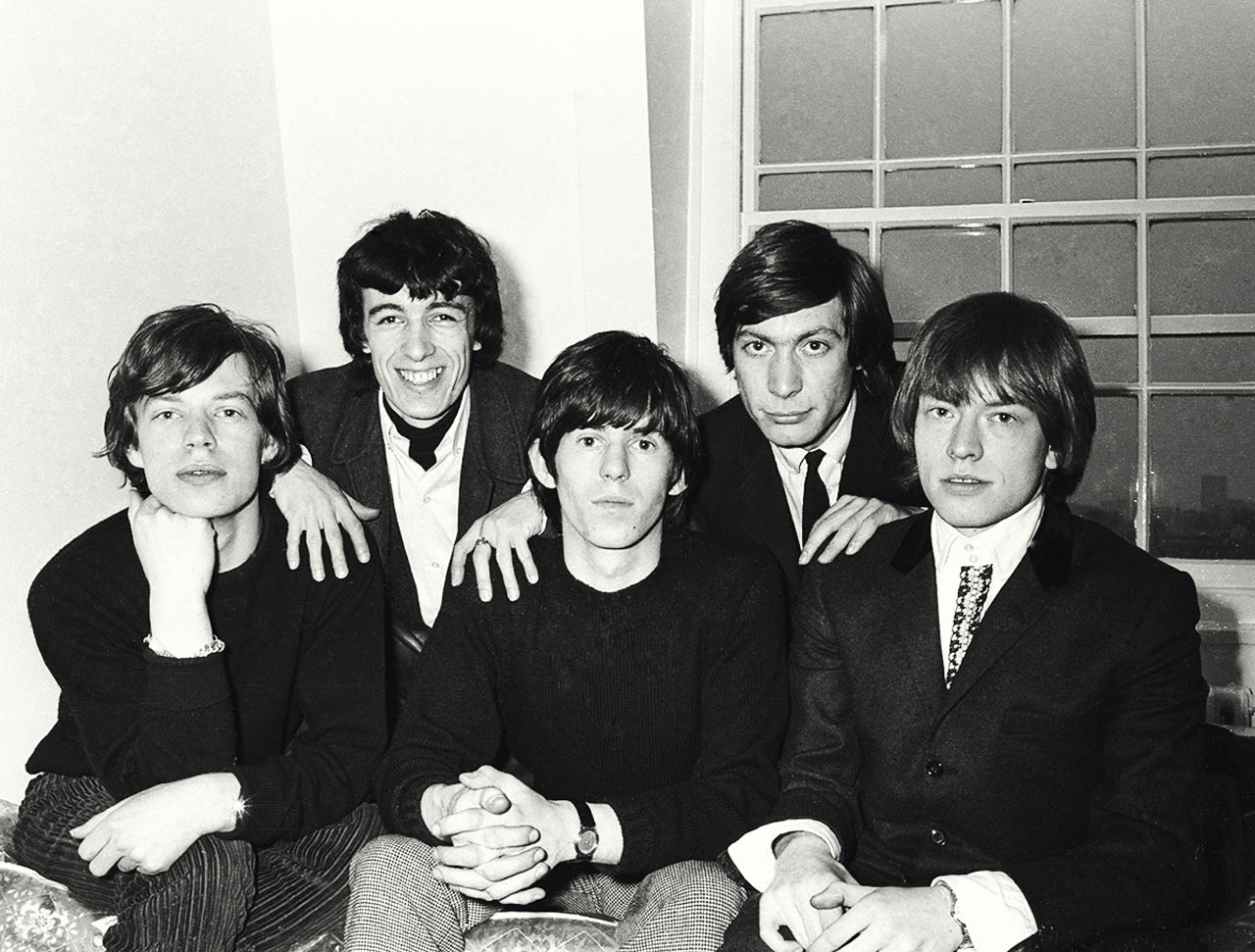 This December will see the release of The Rolling Stones – On Air, a collection of rarely heard radio recordings from their formative years. The songs, including eight the band have never recorded or released commercially, were originally broadcast on bygone UK BBC shows such as Saturday Club, Top Gear, Rhythm and Blues and The Joe Loss Pop Show between 1963 and 1965.

Released via Polydor Records (through Universal Music Australia) on CD, double CD deluxe edition, heavy-weight vinyl and special limited-edition coloured vinyl, these flashbacks offer an insight into the band as a vital and constantly surprising live unit. Such was the frequency with which they visited BBC studios in the 60’s, the group constantly set out to offer listeners something different. As well as songs that never appeared on singles or albums, there are seven tracks that were debuted over the airwaves before featuring on albums or EPs. 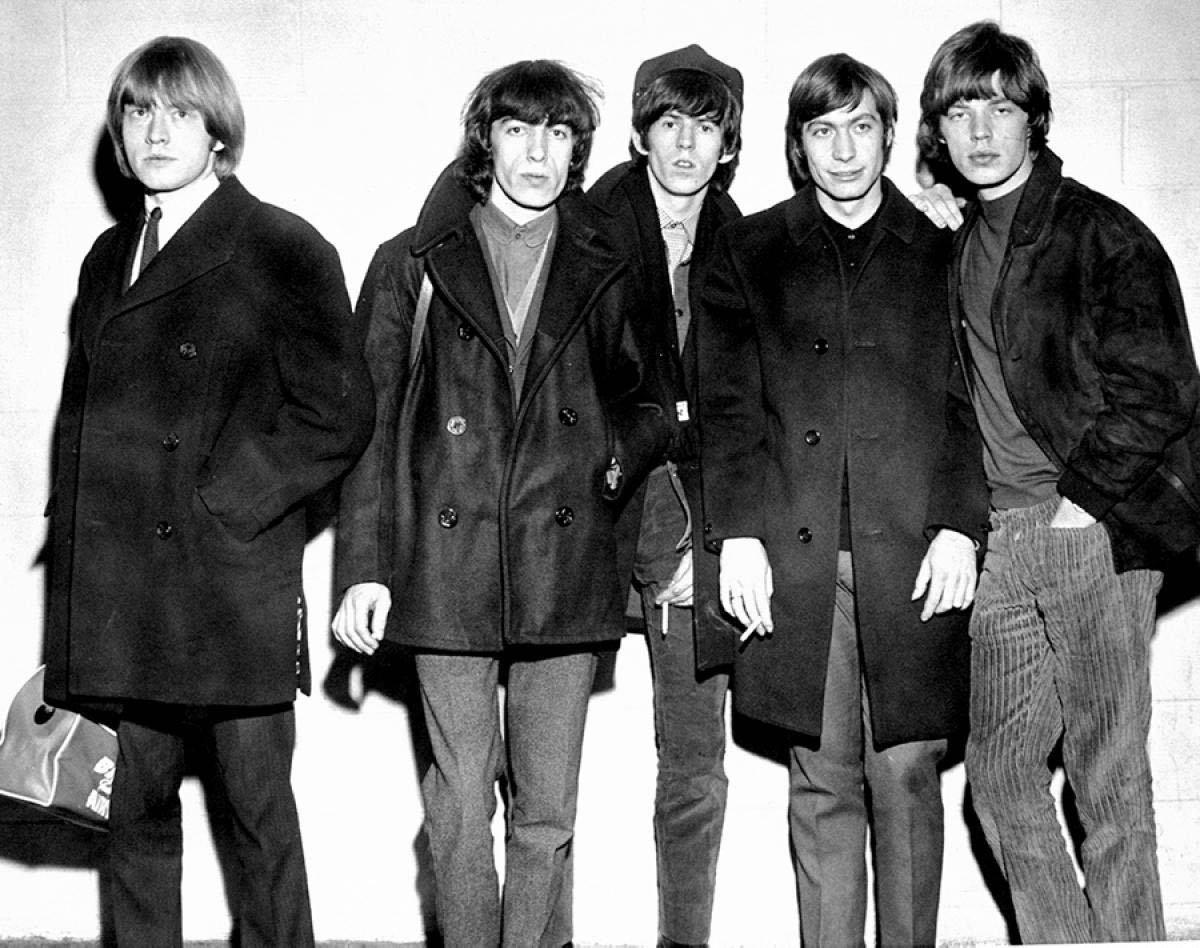 The group’s take on familiar R&B staples like ‘Roll Over Beethoven’, ‘Memphis, Tennessee’ and ‘Beautiful Delilah’ (all originated by Chuck Berry) illustrate the verve and energy the Stones regularly brought to their live shows. The BBC would urge them to perform their current singles, and while happy to do so they also relished the opportunity to showcase a fuller picture of their prowess as Britain’s foremost blues outfit, packing clubs and ballrooms night after night.

Among the 32 tracks, first heard ringing out of transistor radios over a period of just under two years, is ‘Come On’, the group’s debut single and also the first number laid down for the iconic Saturday Club, hosted by the late, legendary Brian Matthew. ‘Come On’ is released as the first track from the album and is available now on digital and streaming services. Other highlights include the strutting ‘Fannie Mae’ (originally recorded by bluesman Buster Brown in 1959), Tommy Tucker’s ‘Hi Heel Sneakers’, and Bo Diddley’s ‘Cops And Robbers’. 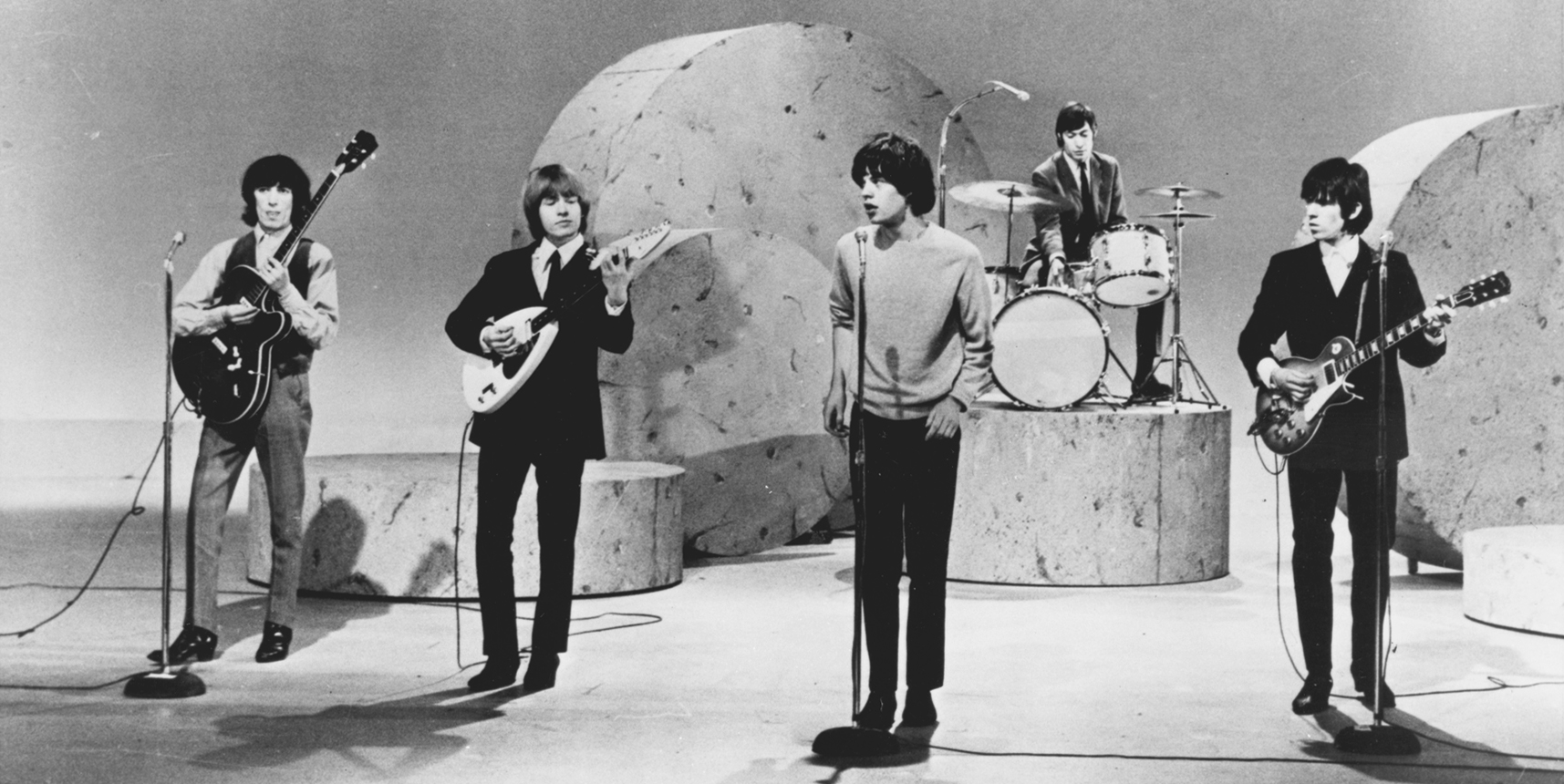 Nestling among the illustrious and well-chosen cover versions, are raw and vibrant renditions of Stones Jagger/Richards originals, such as ‘(I Can’t Get No) Satisfaction’, ‘The Last Time’ and ‘The Spider And The Fly’ in a form closer to the thrilling immediacy of the band’s live shows than on vinyl. These recordings bring the listener as near as possible to the excitement of the era without actually being there in person.

If last year’s collection of new recordings of past masters Blue & Lonesome presented the Stones returning to their roots after more than 50 years, On Air is the perfect “sister” compendium, a lovingly curated and restored treasure trove that puts the listener front and centre in the eye of the original storm. 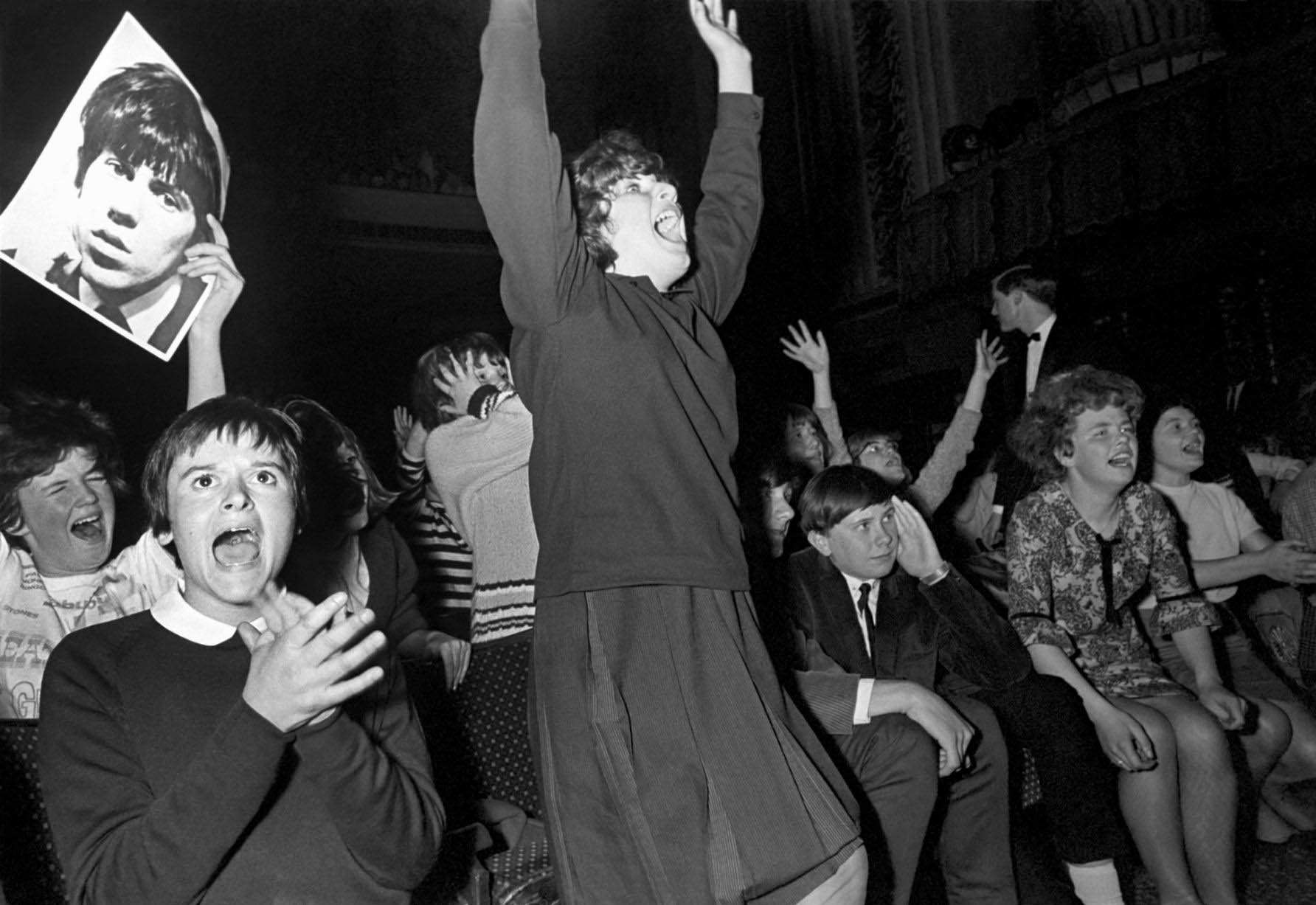 To help recapture the spirit of the songs when they were first performed, the tapes have gone through a process called “audio source separation”, which involved de-mixing the transcripts and allowing engineers at Abbey Road access to the original instrumentation and voices within each track, so that they could be rebuilt, rebalanced and remixed to achieve a fuller, more substantial sound.

The end result is the Stones at their most passionate and intense, transporting listeners back to the band’s lean and hungry years when their standing as household names was already assured, and global domination was just 12 bars away.

The variety of radio shows from which the material is compiled is testament to the special relationship the Stones had with the BBC from the very beginning of their recording career. The music speaks for itself, but On Air also serves as an important historical artefact, and an essential of the group’s impressively evergreen canon. 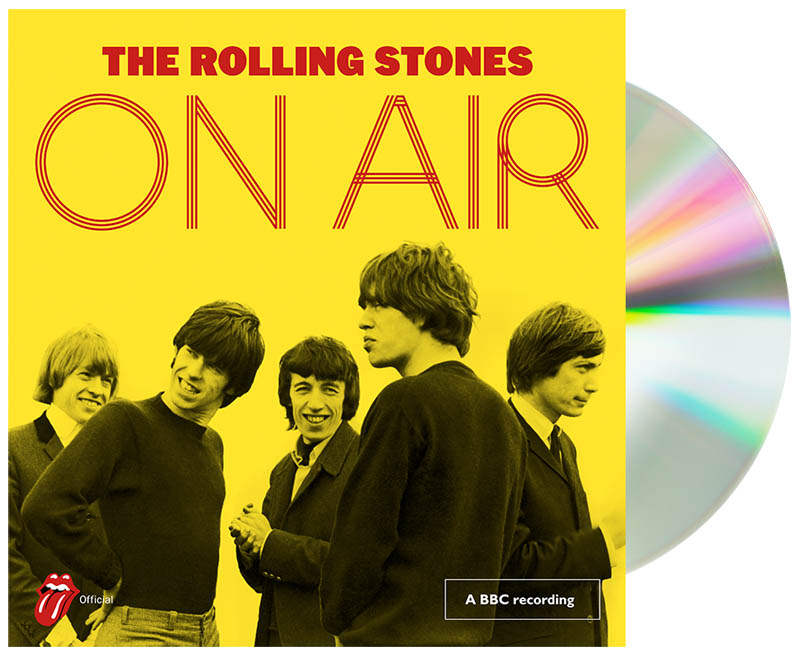 The Rolling Stones – On Air offer a unique insight into the formative days of The Rolling Stones a few years before ‘The Greatest Rock ‘n’ Roll Band in the World’ became a reality this was a band playing the music they loved so much – Blues, R&B, Soul and even the odd country song. Performing these songs night after night in clubs and dancehalls meant they are all honed to perfection and performed with the genuine love and affection that The Stones have for their musical heritage.

This album follows the recent release of The Rolling Stones – On Air coffee table book, by Richard Havers and published by Virgin Books.