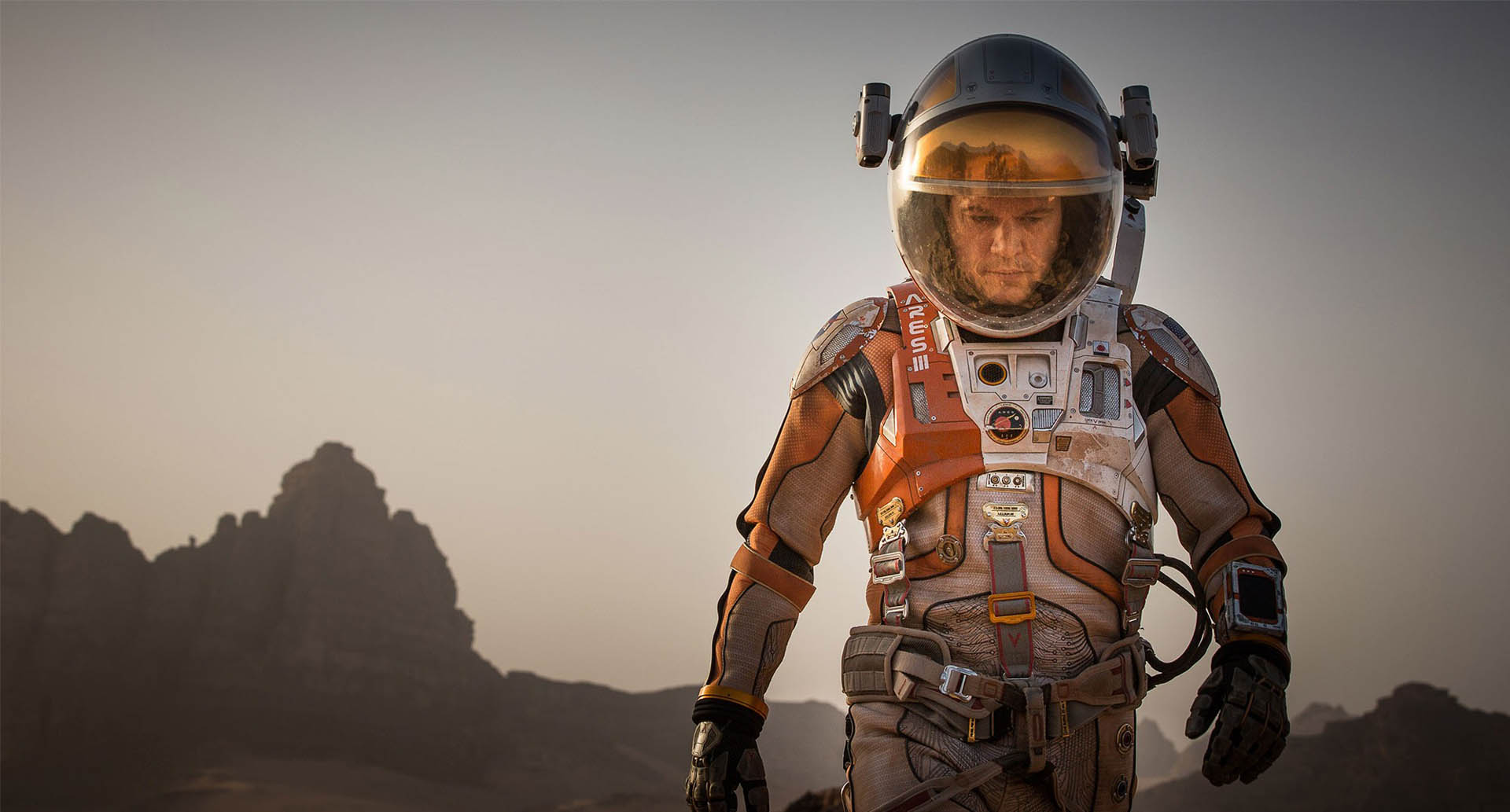 Ridley Scott’s latest film, The Martian, gives us some insight into the great adventure that is space travel and the enormous risks that are involved. Based on the novel by Andy Weir, The Martian tells the tale of survival of Mark Watney, played by Matt Damon, an astronaut left behind on Mars after being presumed dead by the rest of his crew. The film follows Watney’s struggle to overcome adversity, survive with limited supplies and withstand the hostile conditions of the red planet, while NASA attempts to either keep their stranded astronaut alive until help is able to reach him or bring him home as soon as possible. 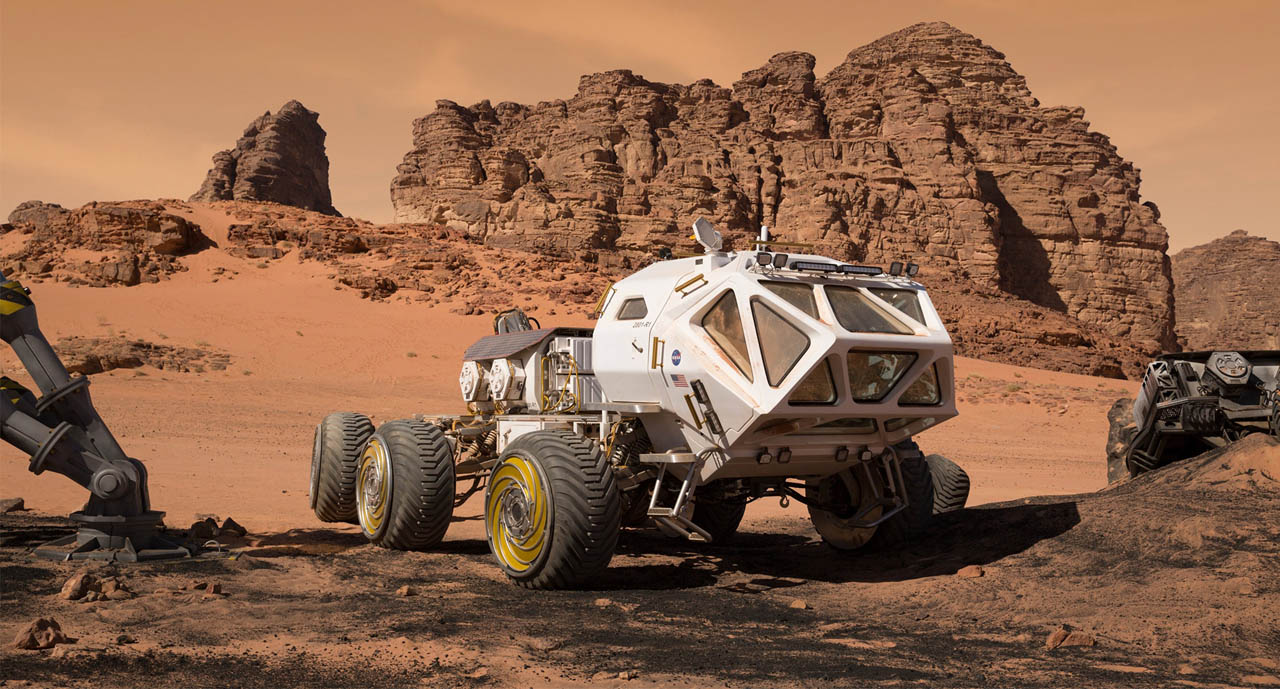 What results is a media frenzy with live coverage all over the world, which gives the public a sense of how difficult and unpredictable space travel can be as well as an inside look at man’s will to survive.

Matt Damon brings yet another fantastic performance to the screen with his depiction of Watney. His portrayal of a man left all alone on another planet is brilliant. His charm, wit, emotion and general likeableness, along with his narration throughout the film, allows you to share in his experiences. There are times where you’ll find yourselves laughing or crying with him as you cheer him on.

Whilst Watney is the main protagonist of the film, NASA and the rest of Watney’s crew, play an important role as well.

The crew consisted of a group of astronauts led by Commander Lewis, portrayed by Jessica Chastain, and four others. Together, they illustrate the tight knit bonds and loyalty shared amongst team-mates. When you spend months, even years, trapped together in a tin can of sorts, far away from home, it’s common to become close to one another and treat each other as family. 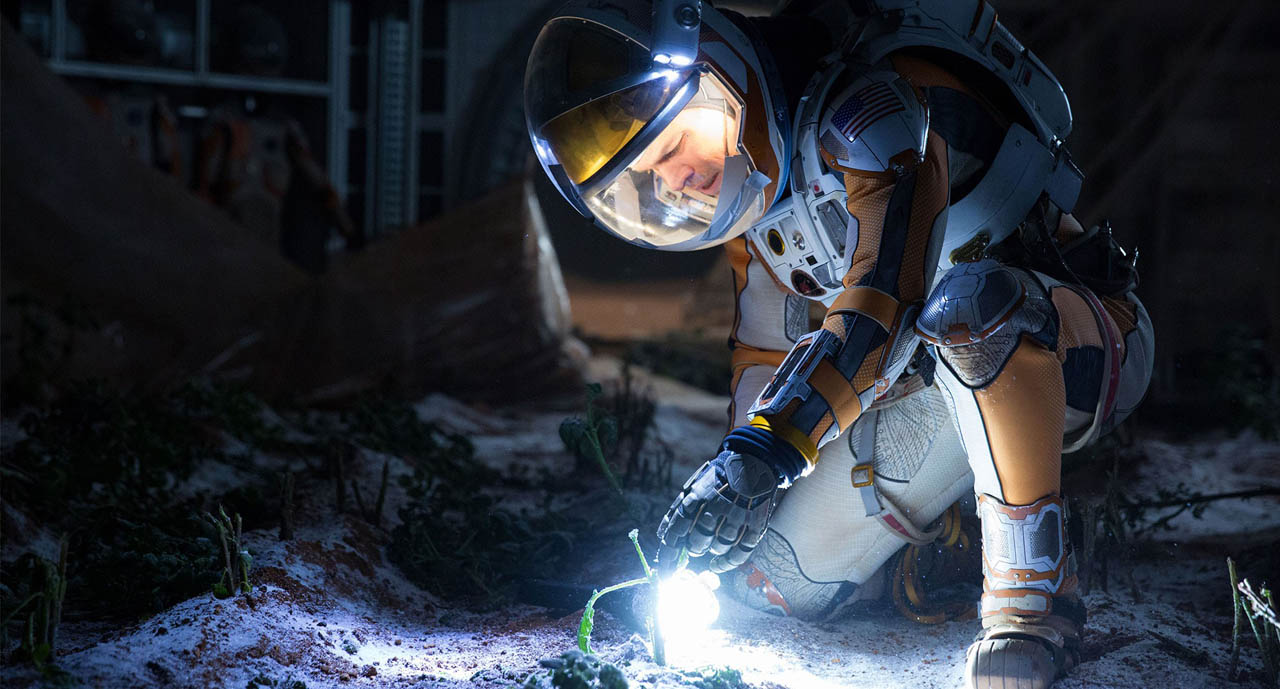 The Martian clearly puts across the idea that being an astronaut isn’t just fun and games. Astronauts are most often either military personnel and / or scientists who are required to be highly skilled and intelligent in order to survive such unpredictable conditions in space, especially when things are bound to go wrong. The film plays on the notion that science and technological innovation can be much more useful to keeping yourself alive than, say, brute strength.

There are no guns, epic fight scenes or aliens in this Ridley Scott film.

What I enjoyed about this film is the way in which the on screen cameras and screen displays were used to create a sense of realism. It was almost as if the film was a reality show, following the daily life of Mark Watney. Furthermore, the inclusion of popular disco hits and the running joke of how terrible it is made for a lighter mood when Watney’s situation started to become dire. 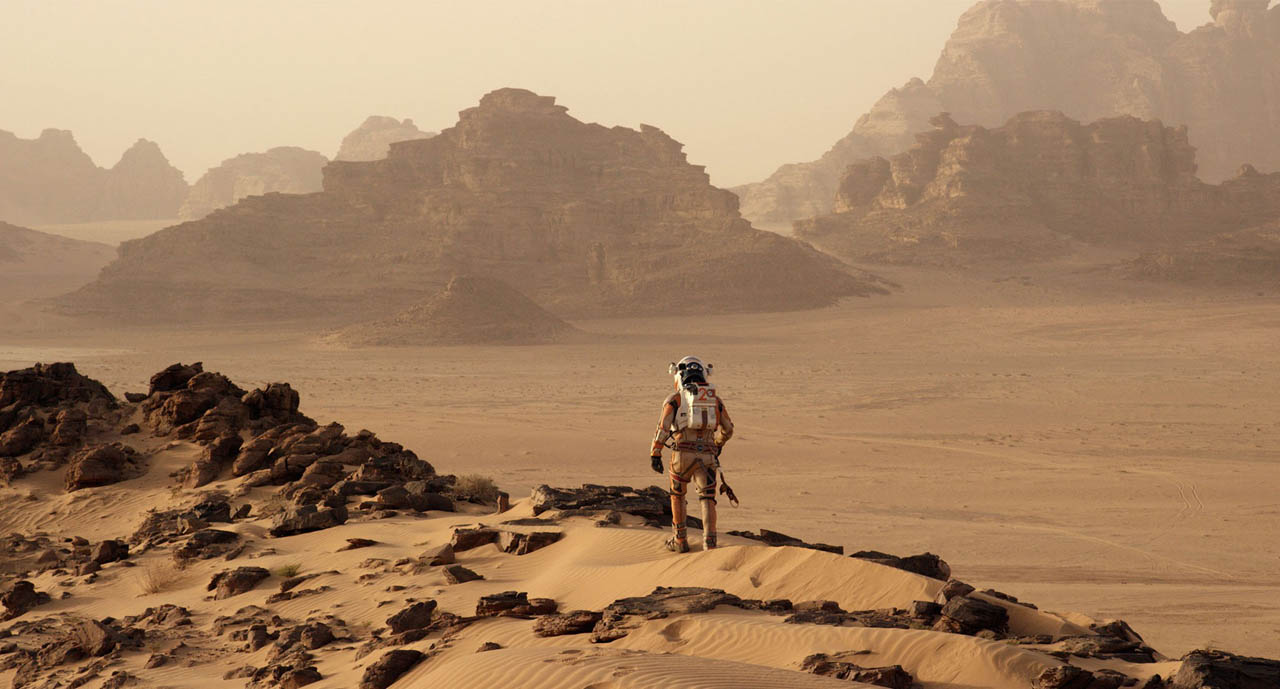 On a whole, The Martian, is an excellent film for space junkies and provides an understanding as to what life as an astronaut can be like, as well as, mankind’s resilience in the face of tremendous hardship. A definite must watch for any Matt Damon fan.