The Legend of Zelda: Breath of the Wild (Wii U) Preview 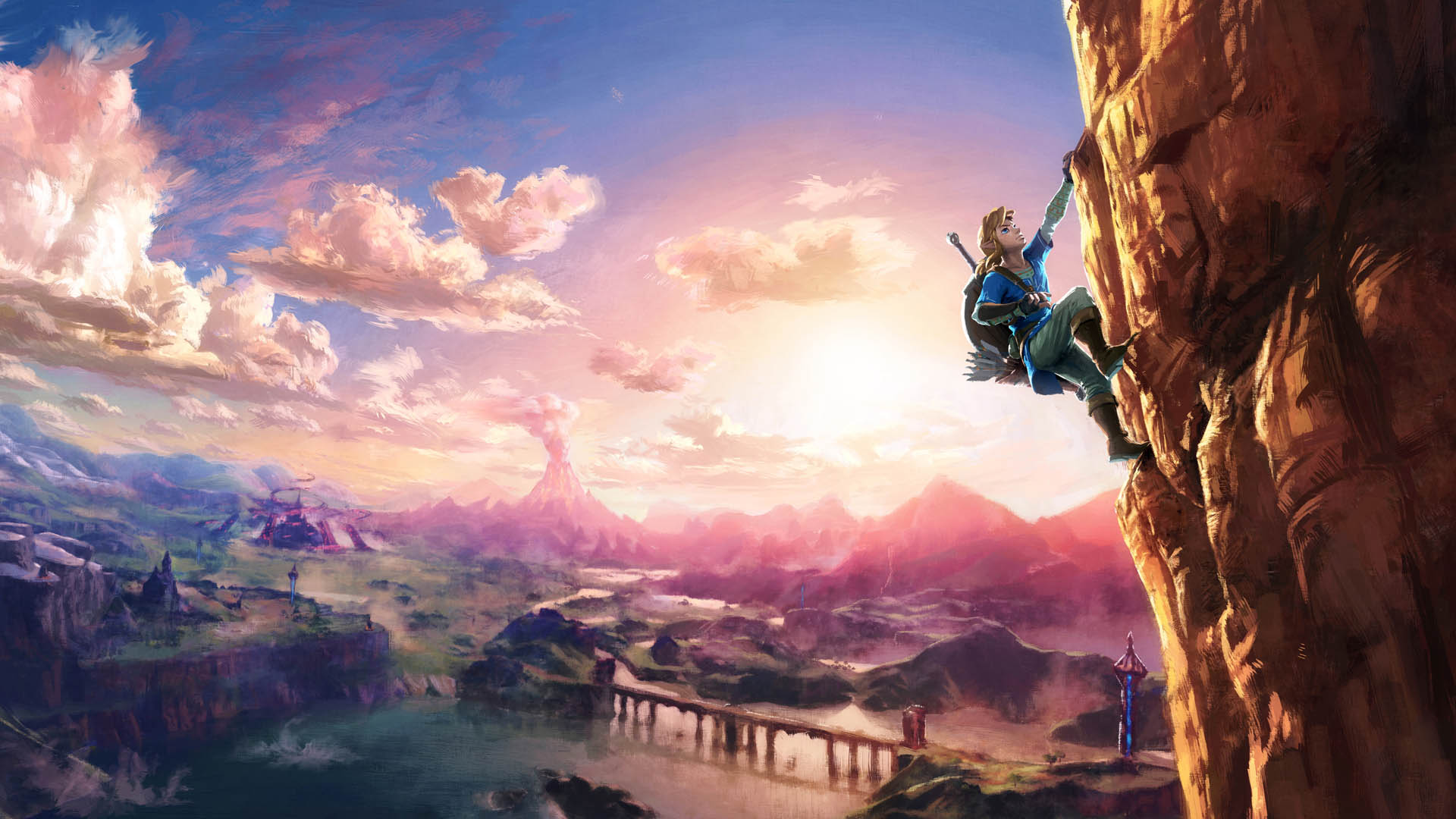 One of the incredibly exciting titles coming at us from Nintendo is the latest The Legend of Zelda: Breath of the Wild. Having seen the extended gameplay footage clips around E3, I was certainly happy to get some actual hands on experience with this title at the EB Games Expo this year.

The demo was quite lengthy in nature and consisted of two parts. A free range exploration section and a more story focussed one. Both displayed a beautiful world with vibrant palettes and a great art style that seems to resonate well with what we know and love as the Zelda franchise. 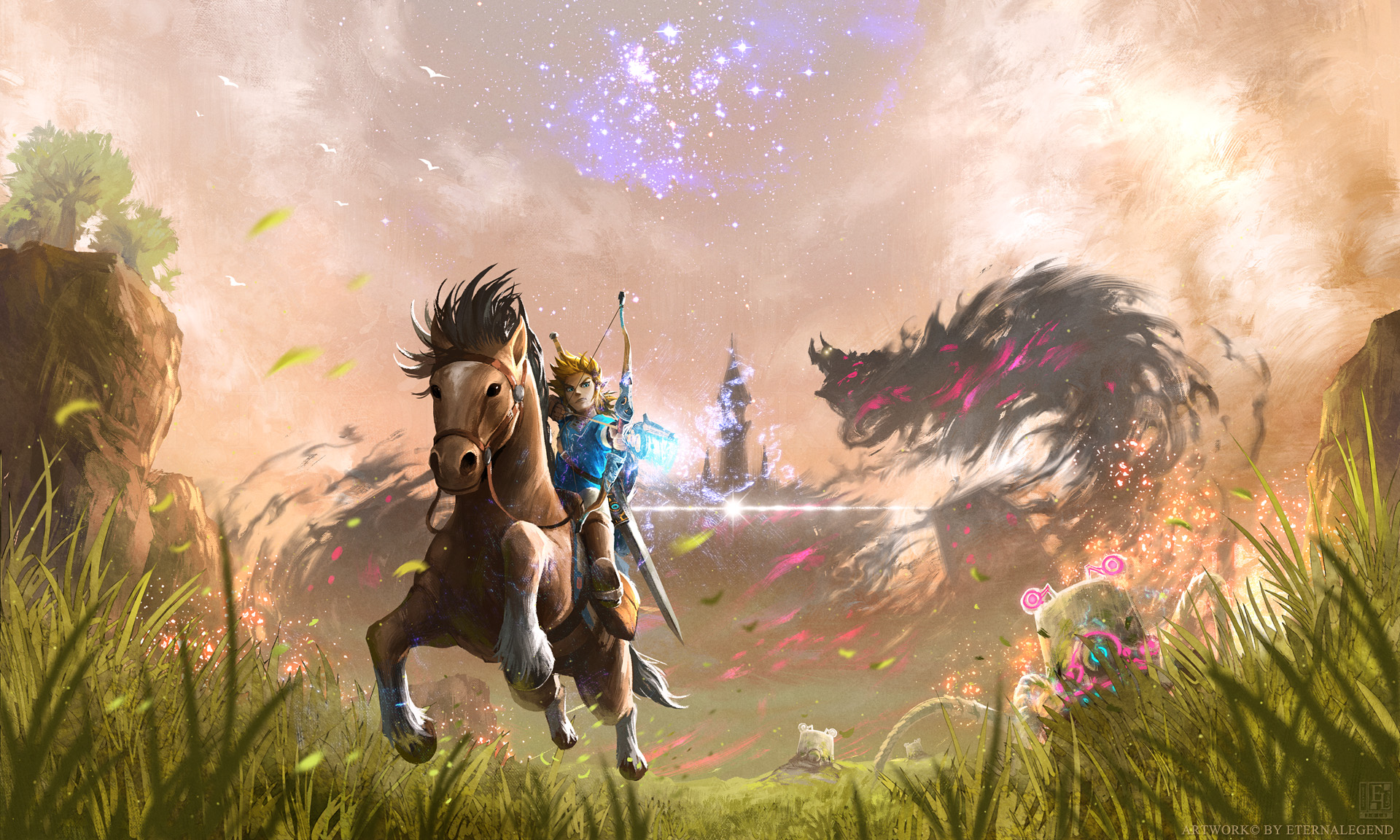 When you look a bit closer though, you start to see the Wii U showing its rather disappointing hardware limitations. It is missing the graphical detail and clarity that you would expect from the current generation. Hopefully Nintendo’s next console, the to be announced NX, will be able to do the visual style justice.

The open world exploration section almost felt like the start of Minecraft to me. You are dumped in the middle of nowhere with little to no explanation of what you can do. Like Minecraft there is plenty to do but unless you have the know-how, it’s going to be a bit of a learning curve. Not knowing what I could do left me roaming around somewhat aimlessly. While I could attack, collect and haphazardly craft things it didn’t provide the enjoyment it might have had if I had some more direction. I wasn’t exactly 100% sold on what I experienced despite a whole 20 minutes of game time. The most exciting thing I discovered is that you can set grasslands on fire. It all just became smoky from there. 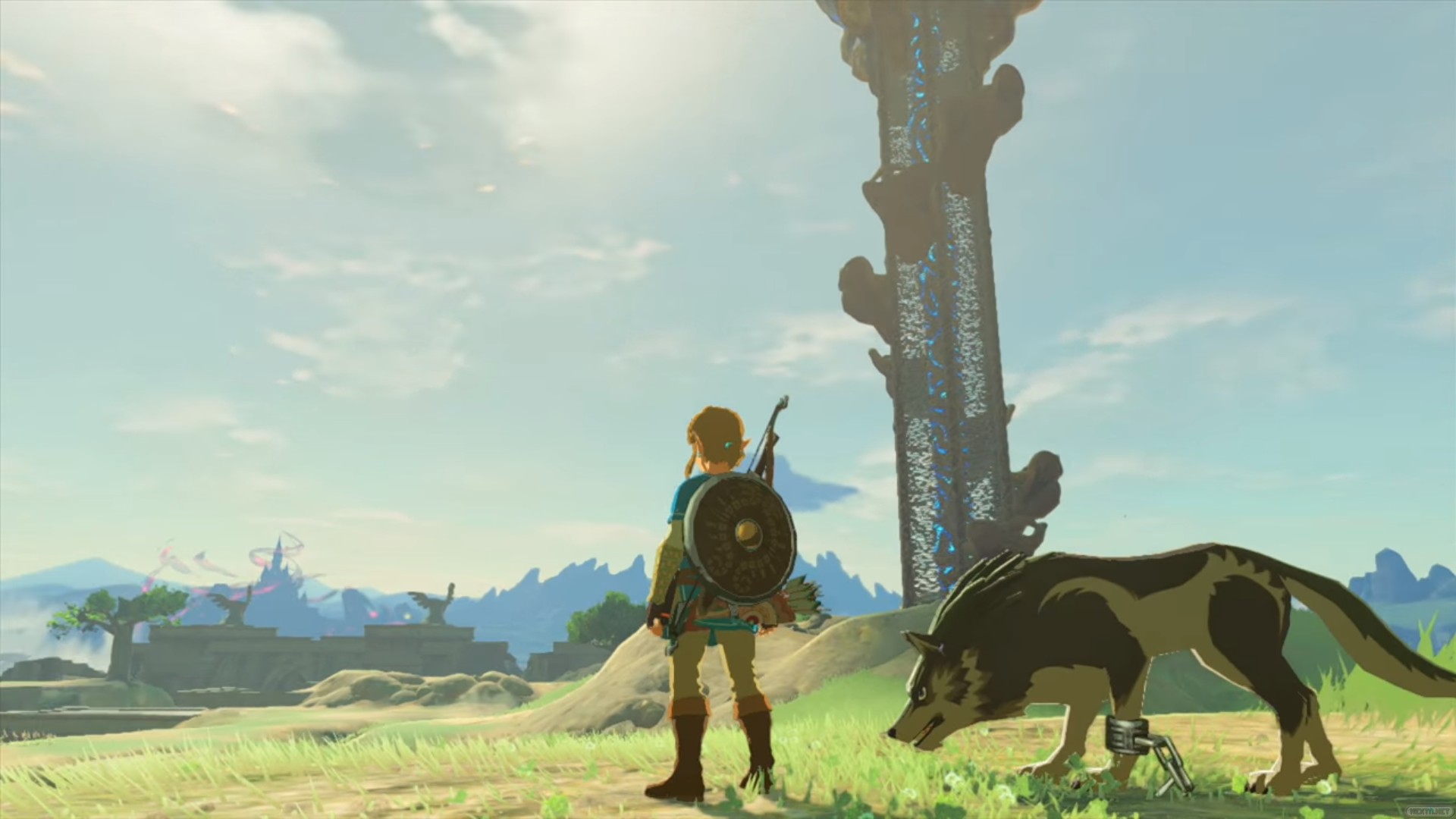 The combat however, with a bit of warming up, was solid and it was easy to grasp the finer points when versing the different enemies. It does seem to have some departure from the typical Zelda games. Weapons seemed to be finite in the sense they would break and so a new one would be required. These weren’t too hard to come across as enemies drop their weapons which you can then equip. It was certainly something to take into consideration during battle.

The terrain didn’t vary dramatically here but what was around was pretty and certainly fun to explore. Comments were made that the game will be much larger and so I can imagine exploration of a bigger world that keeps up the pretty standards set here would likely be a rather enjoyable experience. 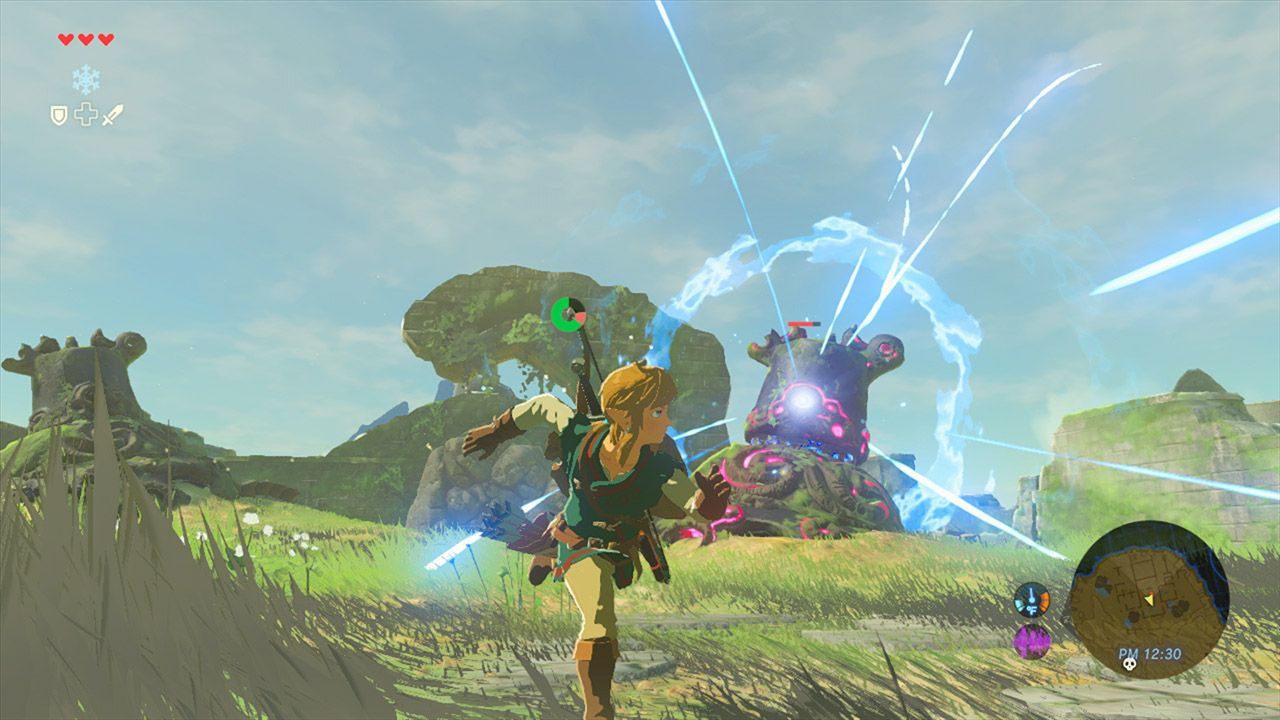 The second part allowed me to get some time with the story. Link is back, of course, and he has awoken after 100 years’ slumber. Whether he was dead or just frozen in time is not exactly clear at this point. You wake up in a cavern dubbed ‘Shrine of Resurrection’ (leading to my speculation he might have been dead) and find yourself hearing a soft but strange voice, which I’m sure is perfectly normal after a 100 years’ nap. Following the voice, you soon find a small rectangular tablet named a Sheikah Slate, and it seems to react to certain points within the world around you allowing you to unlock and activate things.

Upon leaving the cave, Link finds himself in a strange land and soon comes upon an odd old man who seems to briefly explain a few things like, Link is on the Great Plateau. The birth place of Hyrule. He also explains that you can set sticks on fire…well let’s just say the grass didn’t last long. 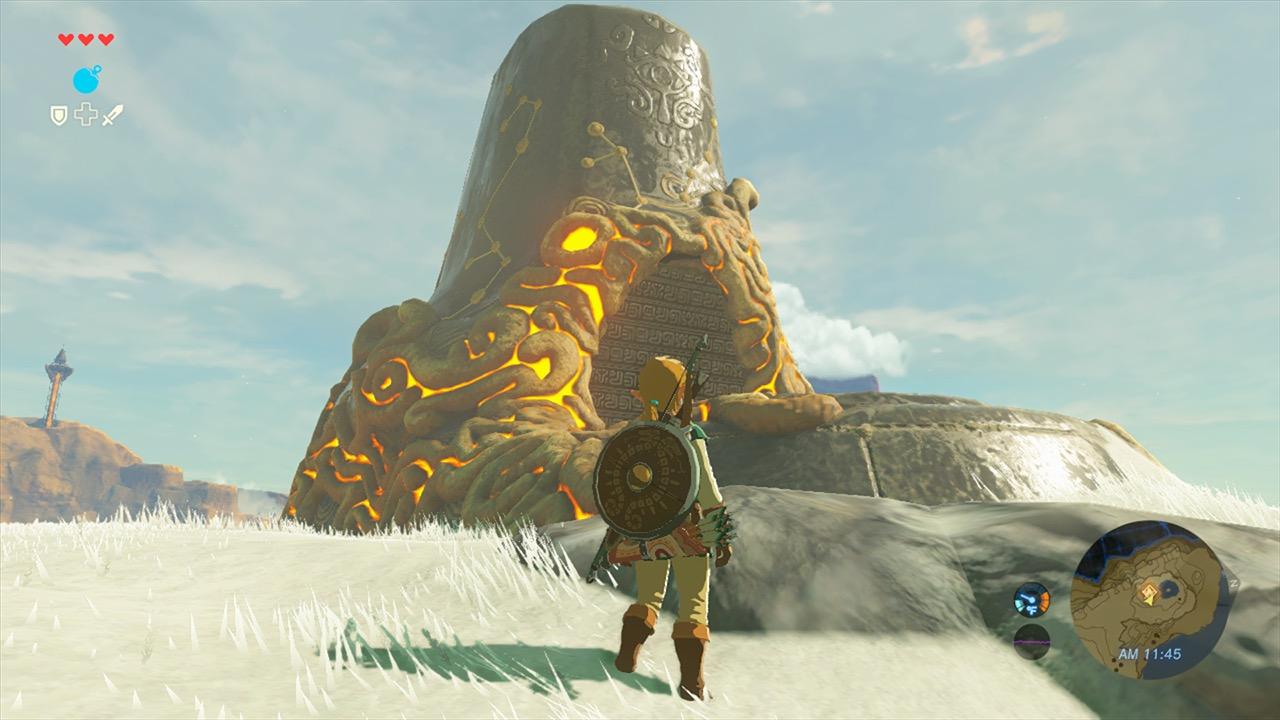 While it the demo didn’t end here it didn’t really provide much more information as to what is actually going on. There was a puzzle that I made it to in a shrine but was unable to actually test it out due to time constraints but overall the story seems to be quite intriguing and I would definitely be curious to see more of it.