The Last of Us Remastered – Review 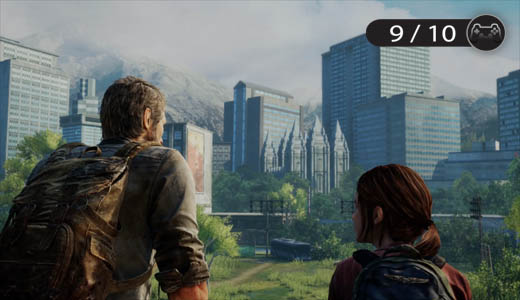 When Naughty Dog’s The Last of Us was launched on the PS3 last year it was deemed to be a masterpiece, a defining moment for video games as a story-telling medium. It was also a bloody good game.

Well, it seems that The Last of Us was also too good a game to be forgotten as just a footnote in the PS3 game catalogue. With the Last of Us Remastered, once more, we get to follow the nail-biting adventures of Joel and Ellie across post-apocalyptic America, but this time in full 1080p and at 60fps. 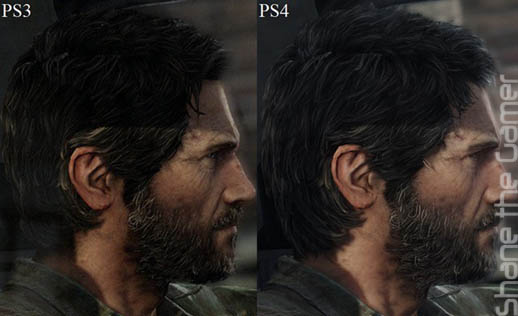 The Last of Us tells the tale of Joel, a grizzled burnt-out everyman trying to survive in a post-apocalyptic America. He has suffered enormous loss which has left him morally empty. He has been charged with transporting fourteen year-old Ellie, a sassy young girl who may be the key to the human races survival.

Civilization has been devastated by a fungal-based virus that turns the infected into mindless creatures as the fungus grows inside them before eventually killing them. It’s a horrendous premise. 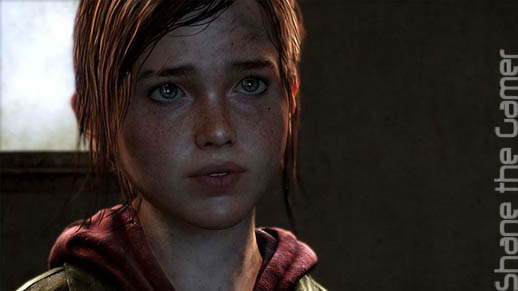 The most unnerving thing about the game isn’t the constant threat of the zombie-like infected, it’s the way that humanity has turned on itself. All in all The Last of Us is a chilling and marked deviation from the usual zombie apocalypse tale.

Let’s get this straight, in spite of how much I enjoyed the game, personally I don’t consider The Last of Us to be Naughty Dog’s best effort. That accolade belongs to one of the Uncharted games (I’ve never been able to decide which). There is, however, no doubt in my mind that, from a story and characterization point of view, The Last of Us is probably the best example of a video game narrative we’ve seen to date. 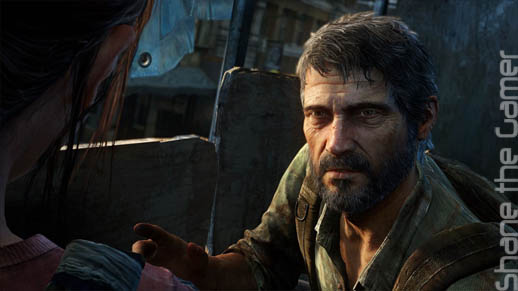 Joel and Ellie’s characters, and their relationship with each other, are very different at the end of the story compared to those that we start out with. And this is very unusual in a video game. Even in Naughty Dog’s Uncharted the series protagonist, Nathan Drake, starts out as a wise-cracking smart Alek and ends each game exactly the same, despite the fact that he has murdered hundreds of people in bloody shoot-outs.

It could be said that The Last of Us Remastered suffers a bit as a reissue, at least for us veterans of the original, just because that PS3 version was so good. 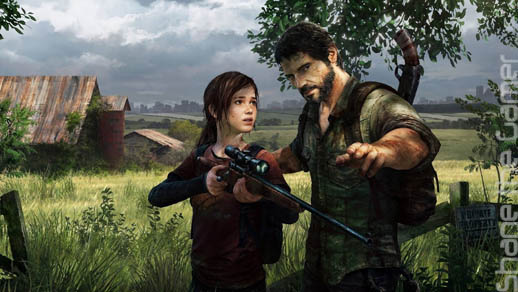 Whilst the graphical fidelity of the original was astounding, the remaster is a rather marked improvement. I’ve always found Naughty Dog’s games to look a bit too dark, almost muddy. With this remaster the visuals are now crisp and defined.

Naughty Dog have used the models from the PS3 cutscenes in the actual gameplay Levels. The textures are also of a much higher quality than before.

The lighting and the render engine remain pretty much unchanged. The developer seems to have simply employed the extra graphical processing power of the PS4 to refine the original visuals rather than made unnecessary tweaks George Lucas-style. 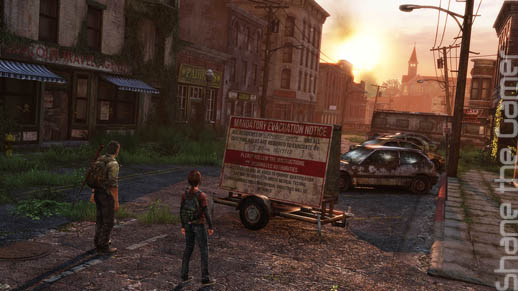 There were times when the upgraded visuals were almost too clean, losing some of the filmic quality in the original PS3 release.

A lot of this may be down to the Remaster’s more game-friendly 60 frames per second (over the 30fps of the original), which makes the action and the control silky smooth, but gives the visuals a bit of a cheap video sort of look. I think Naughty Dog thought the same thing, so to cater of all tastes there is the option to lock the frame rate at 30fps. 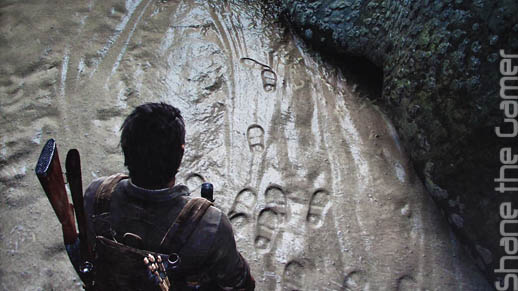 I’ve got to admit that I’m torn on the whole 60fps vs. 30fps. 60fps obviously provides smoother game experience. But a game like The Last of Us does have a movie like quality that suits being viewed at a frame-rate closer to the 24fps of 35mm film. I played the main game at 60fps and thought it looked great. But I played the Left Behind DLC at 30fps and loved that as well. My advice is to try both.

If you’ve not played it before, gameplay wise The Last of Us is a combat puzzle game similar to Naughty Dog’s Uncharted games. There’s a bit more emphasis on stealth and melee combat, though, as ammo is scarce. 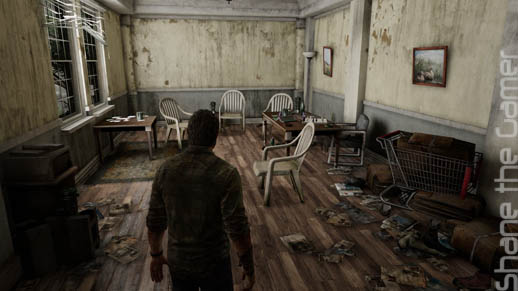 The stealth gameplay is encouraged by the use of Joel’s hearing to detect the location of nearby foes. By pressing R1 Joel crouches and the outlines of enemies become visible, even through walls. This means players can avoid or ambush enemies without each encounter turning into a crazy gunfight. Regarding the torch, for the PS4, switching it on and off produces a very affirmative click from the controller’s built in speaker.

None of the puzzles are really that taxing, as the designers have opted to use yellow as a visual cue in the environment to help players. I can understand their motive as nobody likes to run around aimlessly, but sometime the yellow colouring of items lacks subtlety to such an extent that it removes any sort of challenge for the player. 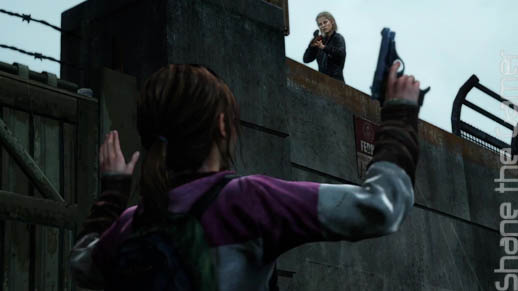 Scavenging plays an important part of the game. You soon get used to sweeping every location for items that can be used to craft useful objects. Combining rags, sugar, nails and bits of scissors you can create things like first aid kits, nail bombs and a host of other objects to help you survive.

That survival instinct is no clearer emphasised than in the game’s very visceral violence. Both Joel and Ellie are in a battle for their lives. The result being a series of altercations terminating with very graphic and vicious deaths often dealt by the hands of the player. The world of The Last of Us is a very nasty place and Naughty Dog are not shy of showing it to us. 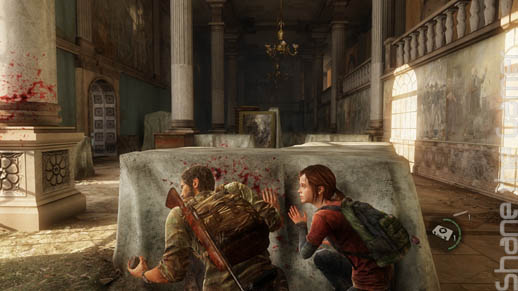 But as a counterbalance to the grim reality of Joel and Ellie’s plight, the developer also offers us moments of profound natural beauty.

By setting the game twenty years after the fall of mankind we are given an amazing and oddly wonderful environment to explore. Rather than just being bombed out ruins, we get to wander through the relics of society as reclaimed by nature. Collapsed roads are now pristine ponds, trees grow from the moss covered sides of buildings and streets are carpeted with lush grass. 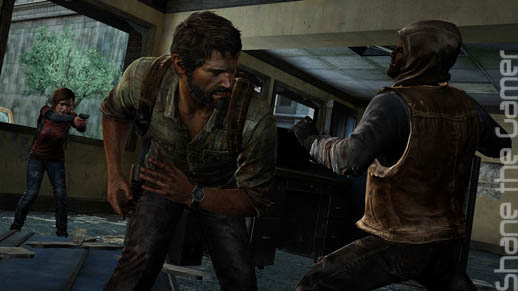 The game really illustrates the amount of energy that we expend to hold nature back. What would happen if metro systems were not pumped out or weeds sprayed? I found the setting so interesting that I purchased “The World Without Us” by Alan Weisman – the book that inspired the game’s designers – which chronicles the march of nature into our cities when mankind is gone.

The more you examine the game environments the more you see. The attention to detail is amazing. I spent ages just talking it all in. 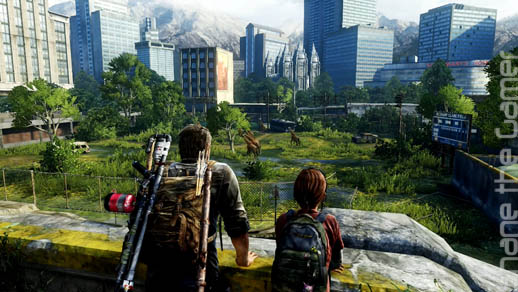 The game’s production values are second to none. The presentation is super slick. The soundtrack, featuring the beautiful Last of Us Theme by Gustavo Santaolalla on Latin guitar adds amazing atmosphere.

But, for The Last of Us Remastered, it doesn’t stop there.

The remastered package comes complete with the Ellie focused Left Behind DLC expansion; which is a flashback prequel of sorts, but also partially set during the main game. 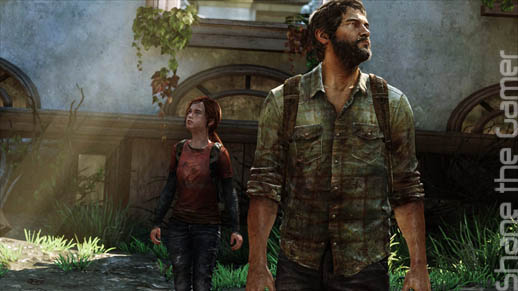 Left Behind is a side story with more focus on narrative than action. In the main game we saw Joel’s life before the journey and now we get to see Ellie’s.

The expansion is split into two sections that are carefully edited together. The first could very easily have been in the main game and deals with the aftermath of a significant part of the Joel and Ellie journey. The second bit is a prequel sequence examining the relationship between Ellie and her friend Riley, who deserted her to join the rebellious Fireflies. 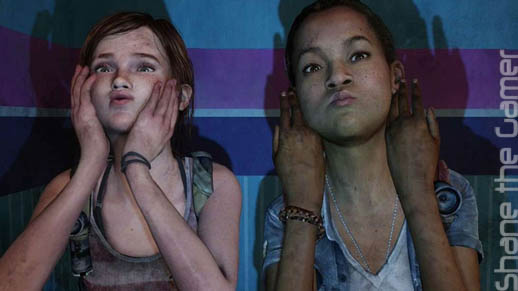 Depending on how invested you become in Ellie and Riley’s relationship will influence how you get on with the expansion. Whilst the part of the expansion set within the timeline of the main game, the sequence with Riley is almost 100% interactive narrative. It’s good, but won’t be to everyone’s liking.

Regardless, Left Behind does tell an important story and offers us a bit more insight into what happened after a pivotal moment in the main game. Of course, the best thing about the Left Behind expansion is that it is more of The Last of Us for us to play. 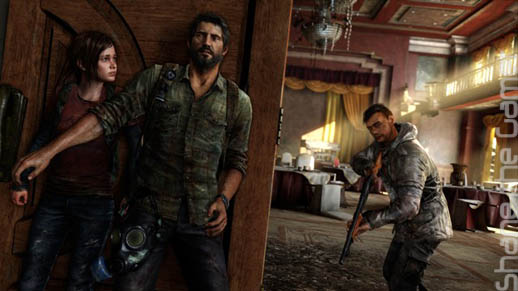 The multiplayer game from the PS3 original has been transferred over to the PS4, complete with all the additional DLC maps. The game’s Factions MP creates a surprisingly convincing multiplayer mode that neatly fits within the chronology of the single player campaign.

Factions MP also successfully carries over the single player game’s stealth gameplay. This is no Call of Duty style run-and-gun affair. Both teams tend to carefully make their way around the map, trying to flank and catch the other off guard, rather than engage in some sort of head on assault. 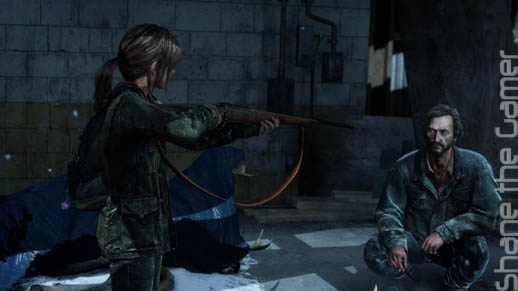 There are three game types in which two teams of four go head to head. One team are the freedom fighting Fireflies and the other the survivalist Hunters. Being the two groups that you meet in the single player story, it makes perfect sense for them to be engaged in a turf war among the re-purposed single player Levels.

The Supply Raid game type has the two teams fighting each other in basic team deathmatch, whilst Survivors is a variant of last man standing. Interrogation has both teams trying maim members of the other in order to interrogate them and find the location of the other team’s lock box. 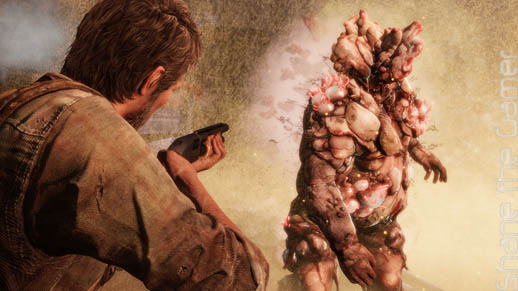 It’s wouldn’t be a special “remastered” version without some extras.

You can replay the cinematic scenes once you’ve viewed them in the game. For the Remastered edition each video now has the option of being viewed with commentary from Troy Baker, who voices Joel, and Ashley Johnson, who voices Elle.

The day one patch includes a making-of video entitled “Grounded”, which was originally mooted to be on the disc. The documentary is hidden away in with the game’s cinematics. 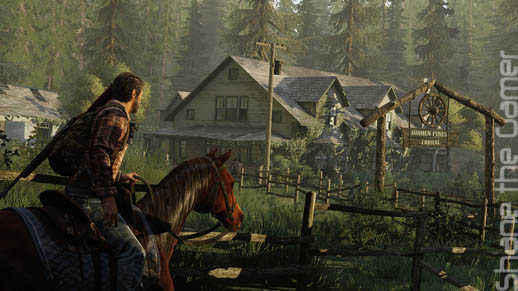 Another addition (also included in the day one patch) for the remaster is the photo mode, as first introduced in inFAMOUS: Second Son. With the option switched on from the pause menu, pressing L3 enters the photo mode, freezing the action and allowing the camera to be panned and dollied around the scene. You can add depth of field blur and filters to create a mini-masterpiece.

Being predominantly a video game reviewer, I almost feel under qualified to comment on a piece of work like The Last of Us Remastered. It may not be the best game that I’ve played, but it is the best of whatever it is. And interactive entertainment is the only term that I can come up with right now. 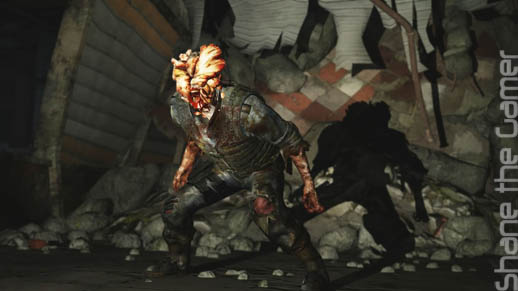 It’s been over a year since I last played The Last of Us and it was wonderful having this opportunity to, once again, follow Joel and Elle on their journey (and, indeed, with the Left Behind DLC go beyond the original story).

If you own a PS4 you just have to play this game. It you’ve already played it on PS3, go buy it again.