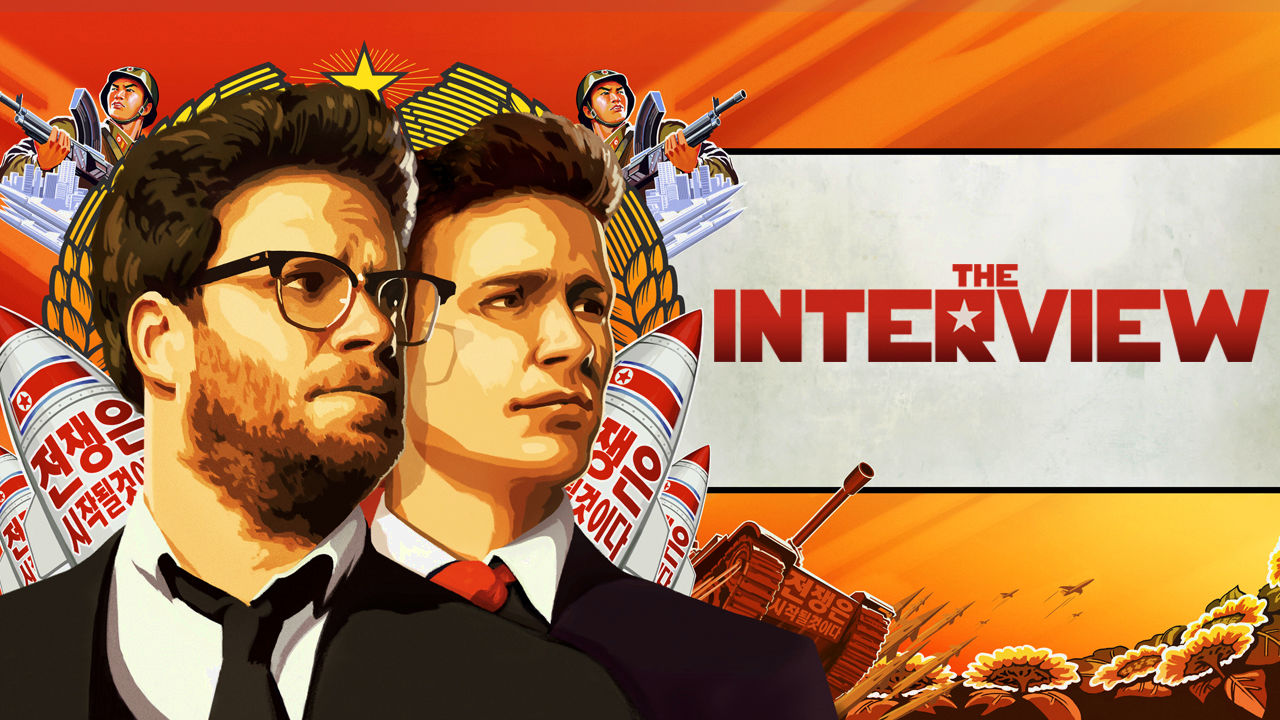 A few of us here at Shane the Critic have had the honour of being one of only a select group in the entire world of movie going media to have seen the now cancelled release of Sony Pictures’; The Interview.

Starting out with a tell all interview with, Rob Lowe and then, of all people, Eminem the movie quickly ushers you into the adult humour that is rife throughout the entire film.

But quizzing celebs over embarrassing topics is not all Rapoport wants to be doing. He wants ‘real’ journalism, real stories, real interviews. As luck would have it, the leader of North Korea gets in touch.

As the junk TV duo recover from too much partying before their trip to Pyongyang, the CIA knocks on the door.

Aware that Skylark is about to be alone with the Dictator, the secret U.S. Government agency requests that the two use this opportunity to ‘take out’ Kim Jong Un.

Of course not all goes as planned and Skylark develops a bit of a bromance for the Communist leader and all plans are somewhat thrown by the wayside.

Asides from the rife sexual innuendo’s and laugh out loud for the entire length of the film, there are some serious undertones addressed within it.

The Interview is what we have come to expect from Seth Rogan, where nothing is off limits and the onscreen chemistry between Franco and Rogan (who first appeared together on the late 90’s TV Series Freaks and Geeks) is what keeps this film from becoming a potential watch once and forget it.

With the controversy surrounding the film, it has gained the best publicity of any movie in history. Unfortunately Sony Pictures gave in to threats from a terrorist group who are thought to be linked to North Korea and at the time of this review, we will not see a Cinema release of The Interview.

We hope that Sony does a U-Turn on their decision, as this is movie you must see, more than once.

UPDATE: As of 25th of December (2014) it has been announced that Sony WILL now release The Interview within select theaters and digitally. Good on you Sony.