The Golf Club (Xbox One) – Review 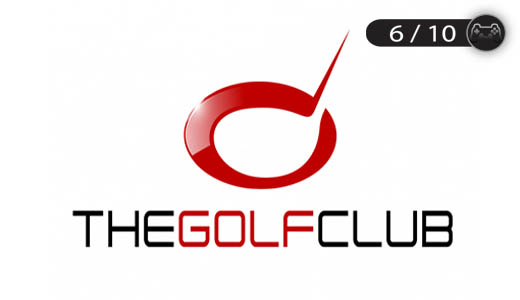 Any golf fanatics out there will be happy to know HB Studios have created a golf simulator game, The Golf Club. This studio is well known for being a major player in the sporting genre.

Not really a huge fan of sporting games, especially with golf being my least favourite, I was very apprehensive about reviewing this one.

Being fair it’d be harsh of me to judge before I gave this game a real go, so I did… regretfully. 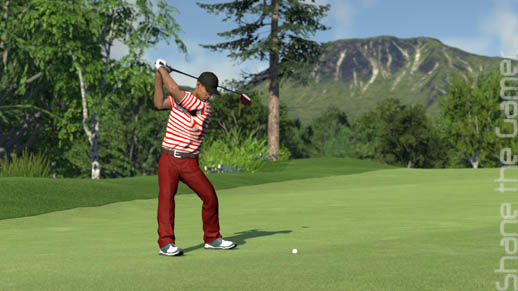 The closest I’ve ever come to playing something along the lines of a golf game was Ribbit King back on PS2. With this in mind I definitely do not have an intimate understanding of golf from any aspect.

This was made obvious to me from the moment I started up The Golf Club, it had me descending into a downward spiral of negativity. The initial menu doesn’t feel like a title screen. I found it to be unintuitive and having no clarity of where to start. Usually there is a campaign or career mode, this was nowhere to be seen. Turns out that’s because there is none. 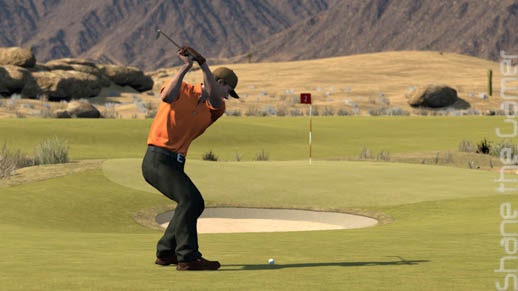 Once actually out on the green there is no tutorial what so ever, which left me pressing every button trying to figure out what’s what. Eventually figuring out hitting the ball required moving the right analogue stick up and down I finally got into the swing of things, so to speak. There are other options before you hit the ball but I didn’t understand them let alone know how to use them. I found it quite frustrating.

The game allocates you the ideal golf club according to terrain, distance and course layout. Generally adhering to this makes the game playable even for newbies like myself. However using these default settings, while making it easy and accessible, also makes it dull. This takes away the need to think and make choices. 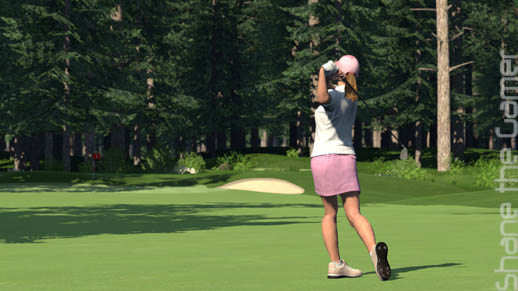 The only two basic elements that use skill. One is hitting the ball straight as any slight curve in your joystick movement is closely reflected in your shot. The other being trying to gauge how far back pulling the golf club relates to percentage of strength.

Increasing difficulty adds a stronger wind and more severe gradients to the course, requiring accurate and better planned shots. This is no further enjoyment in them than the easier courses, in fact I found them increasingly tedious and finicky. 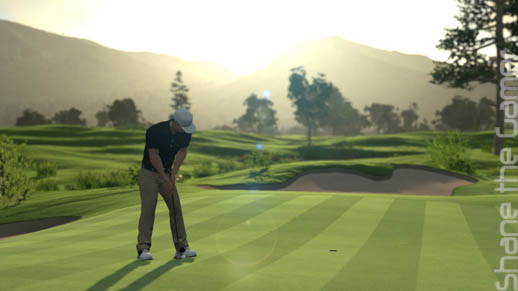 The Golf Club claims to be a social take on the golfing experience and is solely based around this idea. There are three choices; Rounds, Tours and Tournaments. There are a few developer made courses in Rounds but apart from this everything else is community made. You can make your own and then play them. This is nice to some extent, but making them is just as much of a chore as everything else in this game and is not really worth the effort. The only other option is to choose someone else’s homemade game but finding one that looks worth a go is another matter. 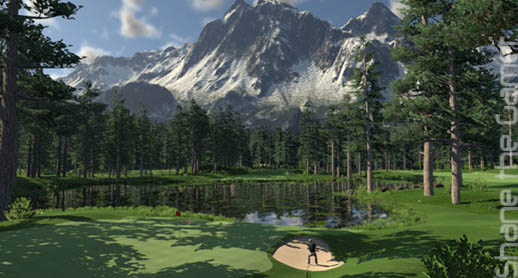 I can appreciate a game incorporating social aspects but to have this as the soul premise of the game makes it feel kind of empty and just lacking in substance. While games like Call of Duty and Titanfall epically failed at a campaign, at least they tried.

Completing any of the game modes doesn’t offer any satisfaction or reward. There are no goals, in-game achievements, unlockables or really any kind of reward for playing the game. There doesn’t seem to be any appeal to keep you playing the same monotonous game of golf. I can’t justify purchasing a game lacking in so much actual content. 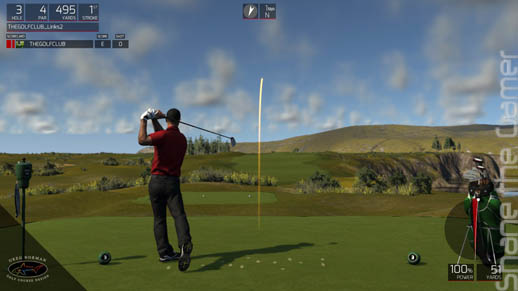 You can create your own courses mind you. After choosing a landscape with your specifics, a course is randomly generated which can then be fine-tuned to your taste. They allow you to add wildlife and buildings to make the scenery or the actual course less dismal but this doesn’t really fix the problem. I did put a whale on the greens along with light houses and crocodiles. This can hold your attention for only so long. Playing the course I made was just as dull as playing any other course with only a minimal amount of amusement at my over-the-top additions. 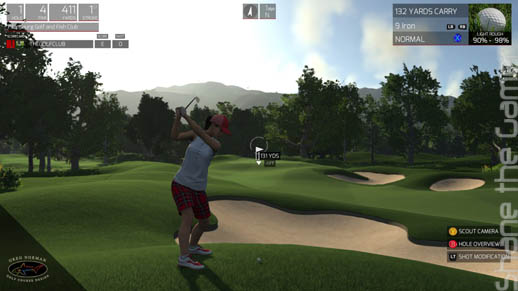 The game is being released on PC, Xbox One and PlayStation 4. For being on these systems, it has poor graphics and textures. Character models look simply awful. There are only two female characters to choose from- with both being questionably female. Character selection is very limited and changing the colours of their outfits doesn’t make them any more appealing. There is some difficulty loading things and frame rate issues despite the game not looking to be complex in nature.

I did consider maybe I was just being a negative Nancy so I played another golf game just to compare. I tried Power Star Golf. This game may be a bit on the cartoony side of things, but it gave me goals and unlockables and even made the idea of golf seem fun while still keeping to the important basics of the game. So it’s not that it can’t be done it’s just that The Golf Club didn’t do it. 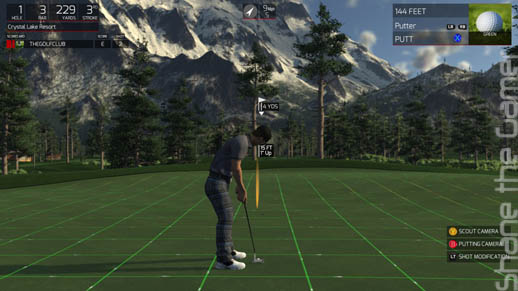 One thing that did offer some amusement was the commentator. He has a slight off accent and can make things slightly entertaining, especially if you’re doing really badly, which generally I was. The comments also at least felt relevant to the play as well.

I can’t pick on this game for inaccurately simulating golf, from that aspect it has done a reasonable job. So congratulations. I will pick on the poor amount of content and lack of reward for players. There is not enough of either to keep you interested let alone coming back for more. On the off chance your early Sunday morning golf got cancelled but you desperately wanted to play, well, this is the game for you.