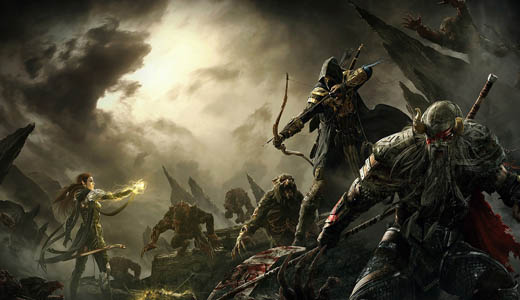 It seems with each Elder Scrolls game Bethesda try and outdo the last with an extravagant premium Collector’s Edition. For the franchise’s first foray into the online realm, The Elder Scrolls Online they have pulled out all the stops with their Imperial Edition.

I remember having to put up with just a little book, “A Pocket Guide to the Empire”, a “making of” doco and a coin for The Elder Scrolls IV: Oblivion CE. Still, I’m not complaining, the 200-odd hours I spent in Cyridill rank as some the most fun I’ve had playing a video game.

For The Elder Scrolls V: Skyrim Bethesda delivered a collector’s edition in a huge box containing a massive statue of the dragon Alduin perched atop a word wall from the game. The executive package also contained a lavish faux-leather bound tome packed full of art and designs.

The Elder Scrolls Online serves as a prequel to the previous Elder Scrolls games. This allows players to experience some of the history of Tamriel – some 1,000 year before Skyrim – as written in the books of lore found in the games.

It was hardly a surprise when Bethesda announced a collector’s edition for The Elder Scroll Online. Taking the same formula of a deep lore-filled fantasy plot told through varied and exciting missions, the traditionally solitary Elder Scrolls gameplay has now become a social experience. With over five million players signing up to the beta, The Elder Scrolls Online could be the biggest MMO yet. 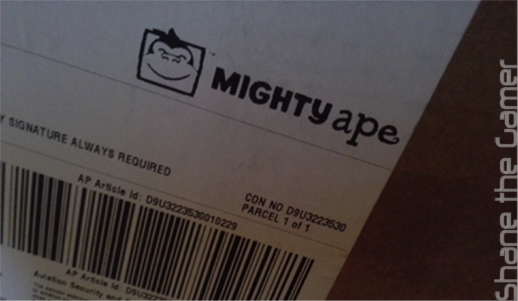 Unfortunately the game’s popularity meant that over here in Australia the fancy Elder Scrolls Online Imperial Edition, an EB Games AU exclusive, was sold out pretty much as soon as it was announced. Thankfully Mighty Ape AU, the Australian arm of the top Kiwi internet store was able to ship one over from their Auckland warehouse for me, arriving in Sydney by the release date. 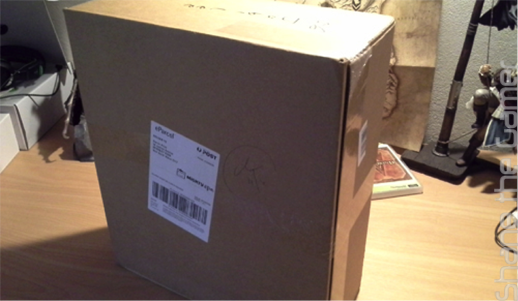 The Elder Scrolls Online Imperial Edition arrived in an impressively sized box, which boded well for the contents inside. Even though the box had crossed the Tasman, it was still in good shape. 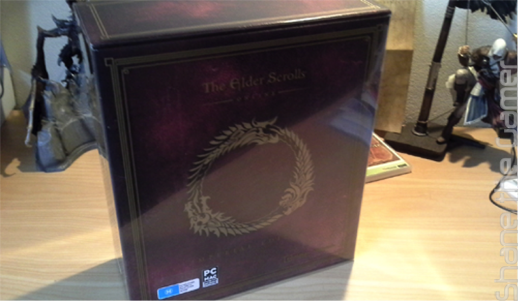 Even though it’s just cardboard, the Imperial Edition box has a nice rustic look finished off with a printed Mylar sleeve.

It’s a nice package that begs to be opened, with the reverse and the sides of the box detailing the goodies inside.

As well as the game and the 30 days of play included in every retail copy, the Imperial Edition also includes a number of very cool digital and physical items.

There are redeemable codes included in the pack that allow players to choice Imperial as their race and play in any alliance with unique bonuses, extra crafting styles and gear. Players can also obtain an imperial horse from the start, a very valuable bonus as horses are very expensive to purchase in-game. The code also unlocks a mudcrab pet and the Rings of Mara, which reward players with an experience boost. 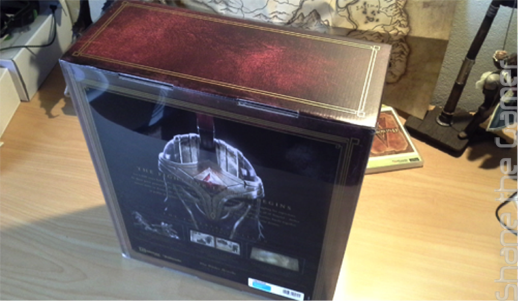 The pack also has a code for the Explorer’s Pack which allows players to pick any race and play in any alliance; very useful if you want to adventure with friends but don’t want to be restricted to a particular race. You also get a Scuttler pet and a set of bonus treasure maps. 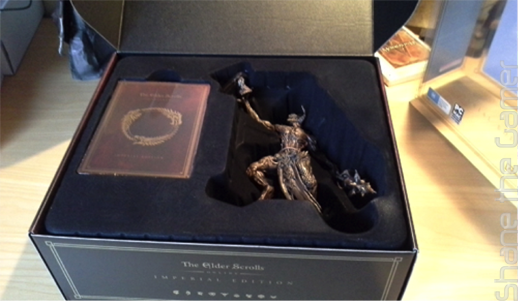 With the sleeve off and the lid open you can help but be drawn to the partially assembled statue of Molag Bal, the Daedric Prince of Domination and Enslavement. With the statue’s base hidden away on the underside of the molded insert, he would have to wait for now. 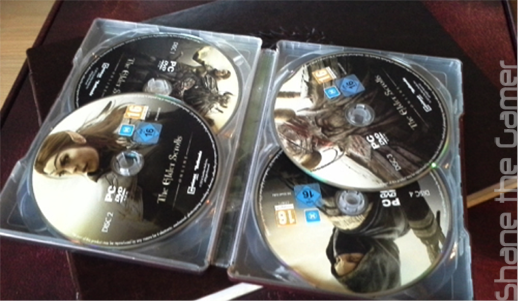 The game itself comes on four DVDs, although there was still a meaty patch download after installation to bring the game up to date. For the Imperial Edition the discs are supplied in a fancy steel book case. 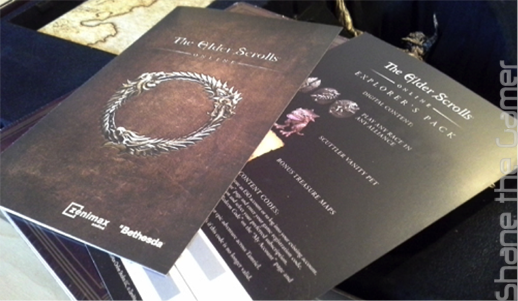 Under the game discs are the game codes; the game activation code on one flyer, complete with an explanation of the keyboard commands, with the Imperial Edition and Explorer’s Pack codes on the other. 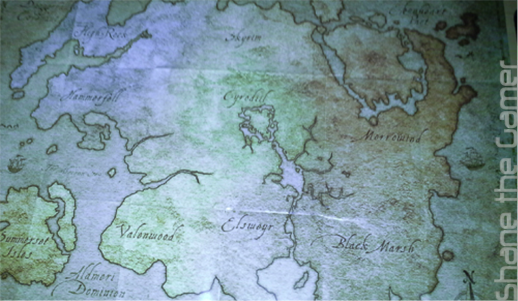 No Elder Scrolls game would be complete without a map. Unfortunately Bethesda has gone back to standard gloss printing this time rather than the textured material used for the gorgeous Skyrim map. The Imperial Edition map looks bit of a half-hearted affair and disappointingly not really that detailed. 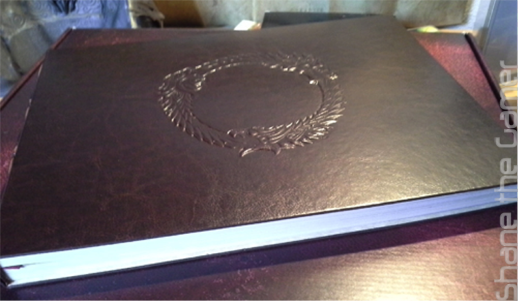 Pulling out the moulded insert gains access to the exclusive book, “The Improved Emperor’s Guide to Tamriel”. It’s a landscape coffee-table book that’s not quite a hardcover, but bound in leather or (most likely) something that very much resembles leather. 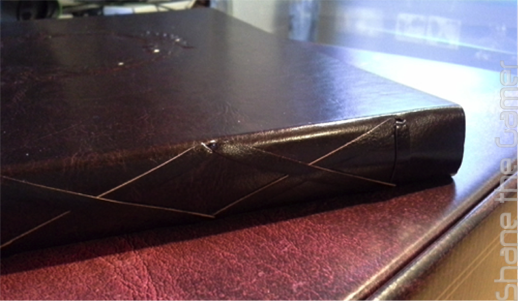 The cover is embossed with the three serpent logo and an interesting lattice pattern on the spine. Like the book included in the Skyrim CE, this is a very nice and very collectable item that should make any Elder Scrolls fan very happy. 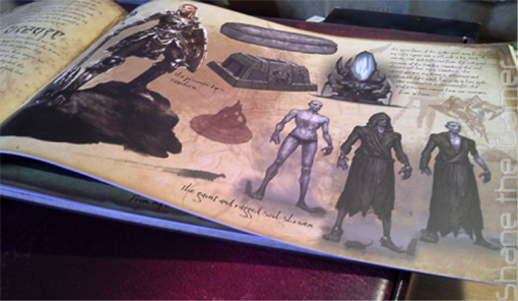 Inside the book the text provides background information on the people, places and events that can be found it the game. The world of The Elder Scrolls Online is further fleshed out with the inclusion of production sketches, renderings and other artworks. It’s a beautiful book and reason alone for fans of The Elder Scrolls to pick up this collector’s edition. 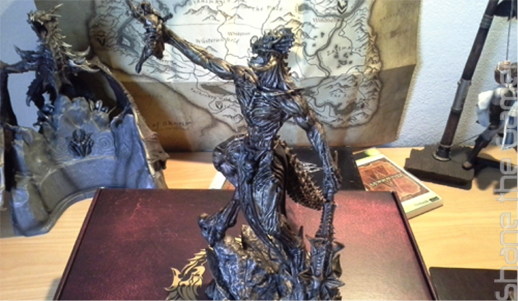 The statue of the Daedric prince, Molag Bal caps this package of as a very special edition, indeed. The statue comes in two parts and is very easy to assemble.

It’s a replica of a very similar statue that players will come across in the game. It’s an incredibly detailed piece that even tops the dragon statue included in the Skyrim CE. 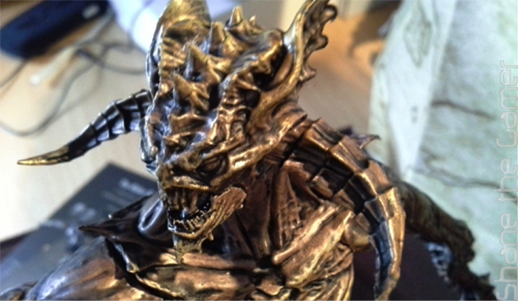 The statue is a very high quality and well finished piece; the tiny details making the statue a joy to look at. 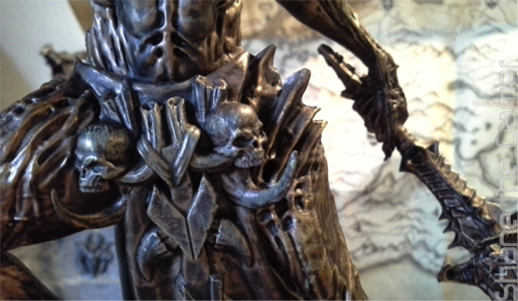 The more you look at it the more detail you discover. 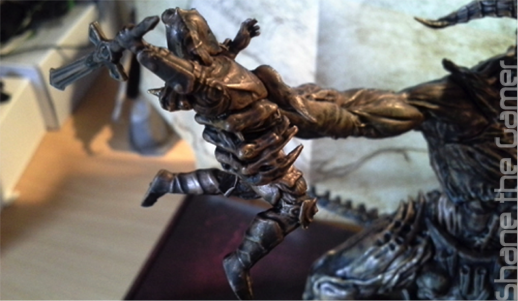 Molag Bal holds in his right hand a tiny warrior, likely in the last moments of his life, which serves to give the stature a sense of scale. As small as he is, he is still very detailed in keeping with the entire statue as a whole. 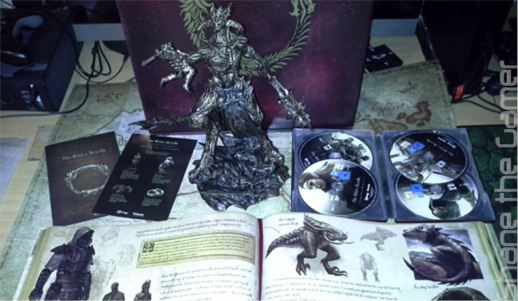 As a fan of The Elder Scrolls, I’m pretty stoked that I managed to get a hold of the Imperial Edition. For only $30 more than the digital Imperial Edition, there a lot of extra stuff in the pack. But as nice as the Molag Bal statue is, it’s the “The Improved Emperor’s Guide to Tamriel” that does it for me.

Physical goodies aside, the digital extras, especially the horse and the better choice of race and alliance make The Elder Scrolls Online Impirial Edition and essential purchase for dedicated fans.

The Elder Scrolls Online is out now on Windows PC and Mac with the PS4 and Xbox One versions coming out next month.

Watch out for the full review soon. In the meantime check out our Elder Scrolls Online preview here