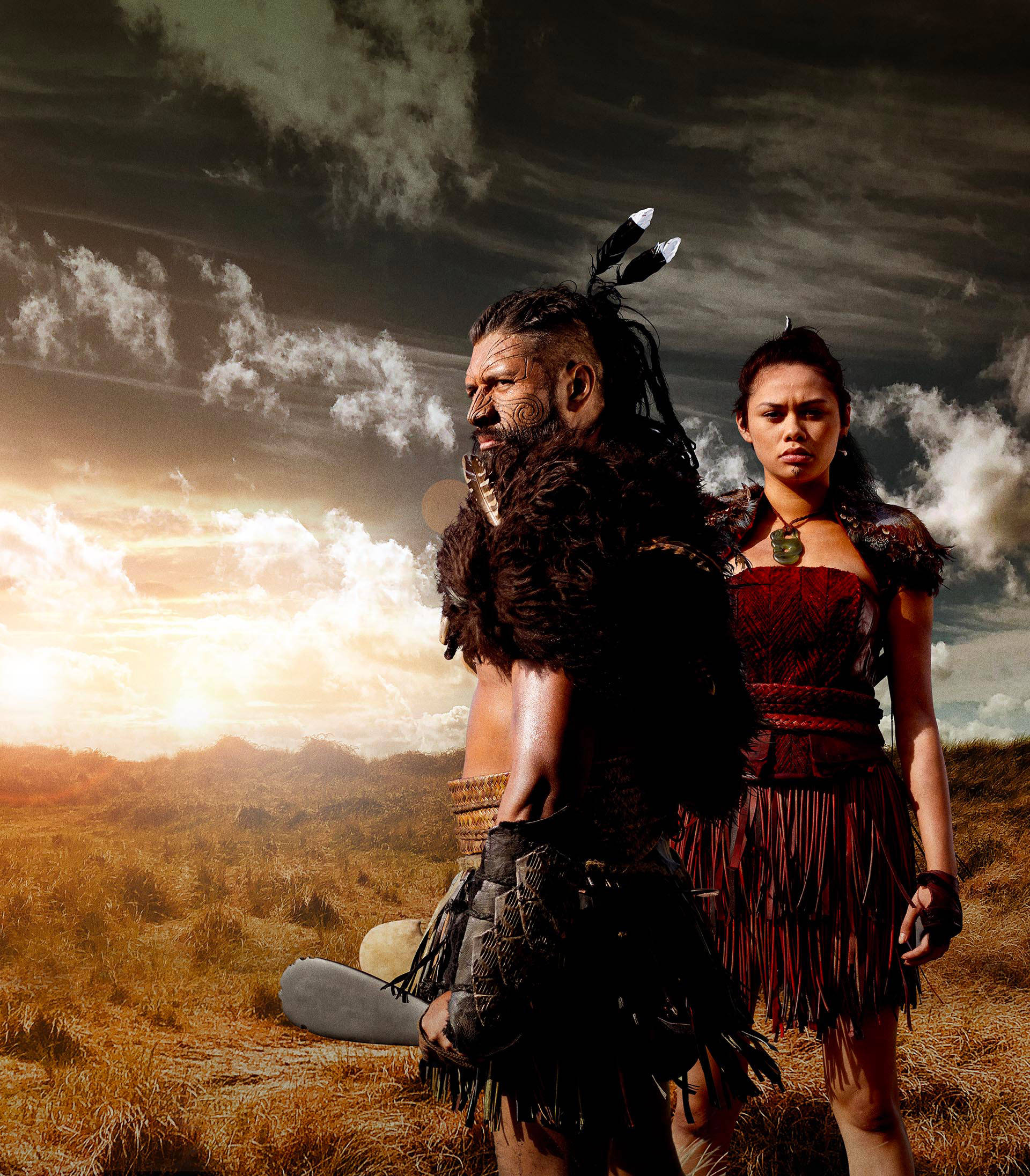 Shudder, AMC Networks’ premium streaming service for horror, thriller and the supernatural, announced today that its new original series THE DEAD LANDS, a co-production with New Zealand’s TVNZ, will premiere with two episodes on Thursday, January 23rd 2020, across all of Shudder’s territories (US, Canada, the UK and Ireland).

It will also air on TVNZ OnDemand in New Zealand immediately after its international debut. Subsequent episodes will premiere on both Shudder and TVNZ OnDemand weekly.

THE DEAD LANDS features a supernatural adventure set in a mythic Māori past, with an aesthetic that’s
part Ash vs Evil Dead and part Xena: Warrior Princess.

The series features a murdered Māori warrior, Waka Nuku Rau (Te Kohe Tuhaka), who’s sent back to the world of the living to redeem his sins. But the world Waka returns to is ravaged by a breach between Life and the Afterlife as the spirits of the newly dead now stalk the land and hunt the living.

Waka encounters a determined young woman, Mehe (Darneen Christian), who becomes both his protégé and moral compass. Together, they navigate tribal politics, the unsettled ghosts of Ancestors and other forces both natural and supernatural, on a quest to discover who “broke the world” and how to repair it, if it’s not too late.

The eerie world of THE DEAD LANDS as well as the characters brought to life (or death) within it are
inspired by Māori traditions and histories.

The series is set in a mythical Aoteoroa (the Māori name for New Zealand), taking full advantage of the natural beauty of its landscapes. The series features screen combat performed in the Māori martial art of Mau Rākau, while elements of action and fantasy throughout the story have been given shape by versions of Māori rituals reimagined for the show. In order to honor the Māori people and their culture, the creation of the series required authoritative

Māori control and advice to be present in all areas, both in front of and behind the camera.

“The modern Māori world thrives because our story traditions insist we respect the past before we explore the potential of the future. With THE DEAD LANDS, we’re proud to bring our people and those traditions to global audiences,” said producer Tainui Stephens.

“THE DEAD LANDS is a bold, exciting series unlike anything else on TV, an epic adventure in a breathtaking setting, based on Māori culture. It’s got action, scares and humor in equal measures, and we can’t wait to share it with Shudder members around the world,” said Craig Engler, Shudder’s General Manager.

“THE DEAD LANDS is a Māori story on a global scale. It’s important content filled with wairua. Our viewers are going to love this epic drama and we’re excited to be part of the international conversation surrounding the programme, as we stream at the same time as our friends at Shudder,” said TVNZ Director of Content, Cate Slater.

THE DEAD LANDS stars Te Kohe Tuhaka (Monster Problems) as “Waka Nuku Rau,” Toi Whakaari New Zealand Drama School senior Darneen Christian in her first television role as “Mehe Te Wehiwehi,” Kirk Torrance (Outrageous Fortune) as “Kā” and Vicky Haughton (Whale Rider, King Kong) as “Turika.” The series is written by Glenn Standring (Six Days) who also wrote the 2014 The Dead Lands feature, which is set in the same mythical world as the series but is unconnected to its characters or story.