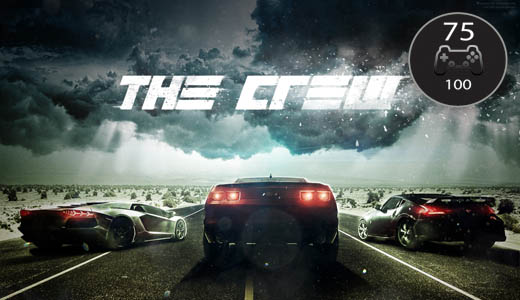 It’s a fair call to say that never in the history of video games have racing fans been gifted such an enormous playground as they have in Ubisoft’s newest racer IP – The Crew.

With the open road ahead of them players can push the pedal to the metal and embark on a road trip from the east coast of the United States to the west in an epic journey that’ll likely take an hour or more to complete.

The world of The Crew is a vast and rather impressive achievement. To pack the entire United States into a game console (albeit scaled down somewhat) and without any loading times is rather special. 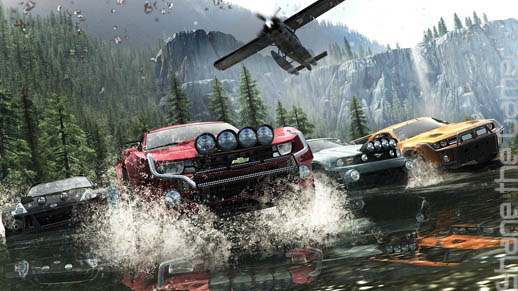 Whilst a sunset drive around the rim of The Grand Canyon is breathtaking, much of the landscape and cities do have a rather generic look to them.

Compare this to the amazing environments in Grand Theft Auto V or Forza Horizons 2 and you can see that The Crew suffers from quantity over quality, somewhat. But still, this is a game with a lot of road.

Reviewing The Crew straight off playing Grand Theft Auto V on PS4 and Forza Horizons 2 on the Xbox One, shows up The Crew’s polished, but frankly, last-gen visuals. 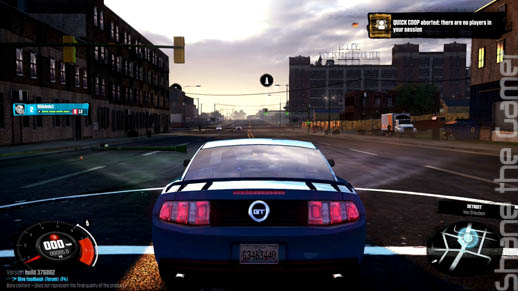 We have the resolution, but not the textures or the refined car models of its current-gen peers. Visually, The Crew suffers from its cross generational development. The result is a game that still looks very nice, but not great.

Instead of a bunch of random races or some nebulous reason to drive at insane speeds, The Crew has what I’d say was a reasonable plot, considering it is a racing game.

Seemingly cribbed from a discarded treatment for some unmade Fast and the Furious movie, players take on the role of ex-con, Alex Taylor (who bears an uncanny resemblance to Gordon Freeman, the unfortunate protagonist from the Half Life games), framed for the murder of his brother. 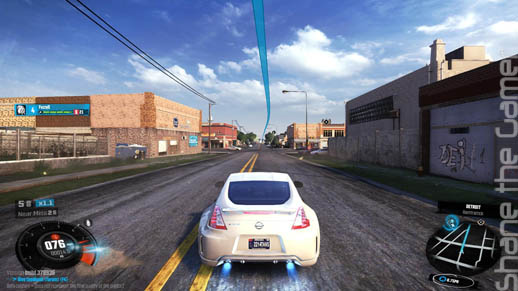 An expert racer, Alex is recruited by the FBI to take down the leader of the 510 gang and his corrupt FBI associate. In order to infiltrate the 510 Alex must, of course, win races and undertake missions that involve driving really, really fast.

It may be a story packed to the gills with clichés, but fair play to the developers for at least trying to inject the game with a bit of character. Talking of character, the game features the vocal talent of Troy Baker, who we last heard in Call of Duty: Advanced Warfare, as the lead- Alex Taylor. 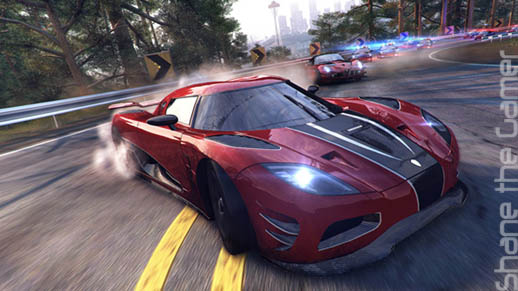 The game takes a while to get going, spoon-feeding players with a fair few missions before leaving them to it. But, with those introductory missions out of the way, there’s nothing to stop players from just driving across, up and down the United States.

Even so, whilst this is fun, the game wants to you work your way from Detroit to St. Louis and onwards from there, unlocking missions and activities as you go. 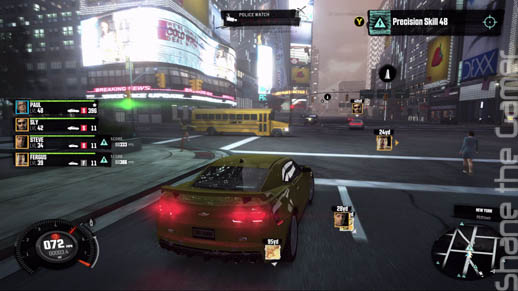 The adequate, but paper-thin narrative giving them context and the incredibly varied landscapes making sure that no mission feels the same as the next. Some missions will also whisk you off for one-off races in new locations giving players a nice change of scenery and a taste of what’s to come.

There are a number of fast-travel options available to cross the USA.

For a fee, players can travel via train or plane to other destinations. Whilst this will enable you to explore the country’s major locations quickly, the best way to get about is to drive there. Not only does that enable players to partake in XP-providing activities on route, but also, you can fast travel to any point that you’ve already driven along. 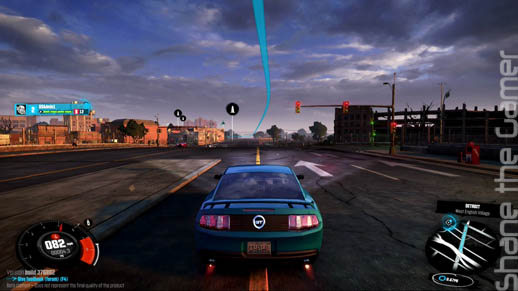 The game borrows many traits from role-playing games, the most obvious being the XP/level progression system.

Missions and activities are all level dependant and you gain XP by passing missions and successfully completing challenges.

This enables the game to control the player experience and the way they navigate the map. Sure, you can drive straight out to LA, but when you get there none of the activities will be available to you and all your available story missions will be way out east. 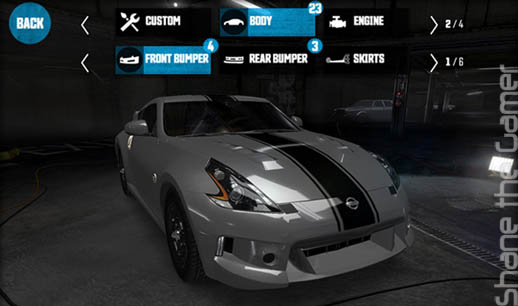 Even when sequentially going through the story missions, quite a few times I found myself at too low a level to proceed and forced to grind through the increasingly repetitive challenge activities to level myself up.

Whilst there are hundreds of challenge activities dotted across the map, there are only a few different types, albeit of varying difficulty. None of them offer an outstanding bit of gameplay, instead they are something to do whilst on your journey from A to B.

You’ll find yourself performing jumps, engaging in slalom runs, driving through targets or trying to get the fastest speed in a set time. 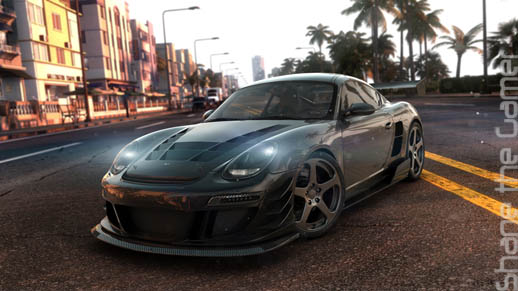 The way the map gets populated will be brutally familiar to anyone that’s played the likes of Assassin’s Creed, Far Cry or Watchdogs.

That’s right folks, in what I can only put down to an exasperating lack of originality, Ubisoft have wheeled out their overused ‘unlock the radio tower’ etc. gaming mechanic for The Crew. Locating “data stations” unlocks the area’s activities on the map.

A slow hand clap there, Ubisoft. 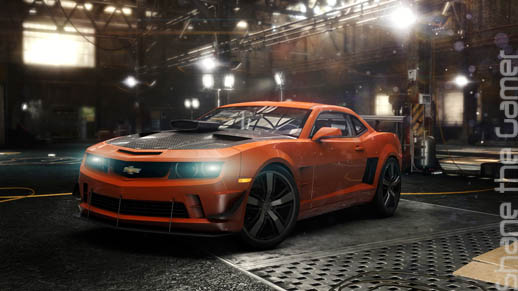 It was only with the introduction of the off-road Dirt vehicle class that things start to pick up. As dull, flat city circuits gave way to rough dirt tracks and hilly cross-county affairs, The Crew started to shine.

Each car can be tuned in several different ways from the stock version creating Street, Dirt, Performance, Raid and Circuit versions. Again, these variants unlock as players progress through the story missions.

The whole car tuning/parts, leveling and XP business was a bit overwhelming at first. Rather than worry about it I just went with it. 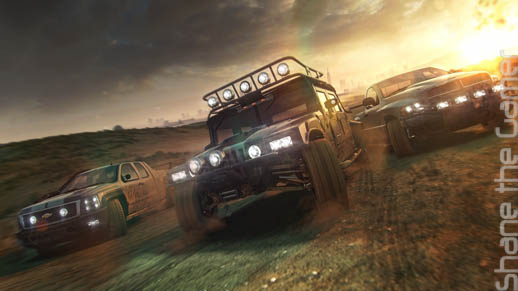 After each mission and activity I was awarded XP raising both my level and that of my cars, I was also gifted a part to either upgrade my current car or send to my HQ. To begin with, most of the time, I just upgraded my car as I earned each part.

After a while I started getting parts of a lower level to those I had installed and others that required my level to be higher before I installed them.

Using the RPG analogy again, car parts are like armour and/or weapon items. Some may raise attributes like, say, acceleration, but may reduce speed or grip.

Similarly, the perk points that come with each level can be spent, like in RPGs, on attributes that grant more XP for wins and cheaper parts and car prices. 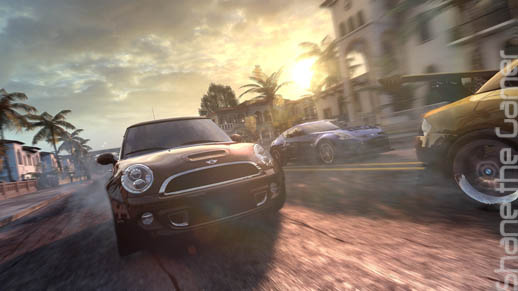 A few hours into the game faction missions open up. These offer some additional challenges and races to boost your faction’s standing, ranging from 10 minute to 1 hour plus long activities.

The Crew features an environment where player’s actions have consequences. You can cut corners taking out fences or clipping cars, but damage enough property and you’ll draw the attention of the law.

Careless actions are likely to result in a multiple-vehicle police chase that may just have a pursuit helicopter thrown in for good measure. Fast turns and skilful driving will be needed to break the line of sight and lose the cops. 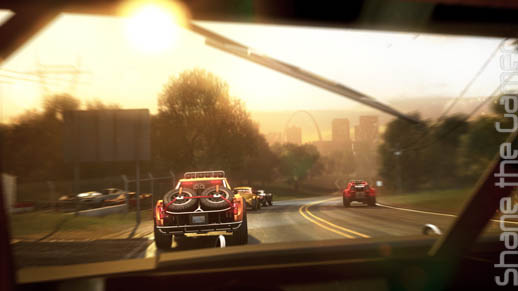 As a racer, The Crew is more of an arcade affair than a “racing simulator”, and that’s fine. The vehicle handling is very good, and easy to master. The races, on roads packed with traffic, can be unforgiving.

The game did seem to employ a fair bit of “rubber-banding” enabling me to catch up to the pack if I got caught in a bit of high speed carnage.

Personally I found the city circuits somewhat uninspiring compared to the off-road and dirt tracks. Don’t get me wrong, though, I found all the races to be heart-in-mouth stuff. 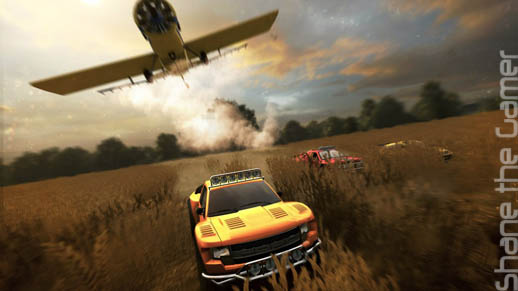 The Crew is online only, and yet I found myself rather alone. The game is supposed to group a number of players together like a lobby, similar to GTA Online or Need for Speed: Rivals.

Most of the time I was on my own, suggesting that even a couple of weeks after release, the game (locally anyway) hasn’t really taken off.

On the odd occasion that I did find myself sharing the game with others, I may as well have been on my own, race invites were unanswered and drivers often a considerable distance away. For a social game, I found The Crew to be a bit unsociable. 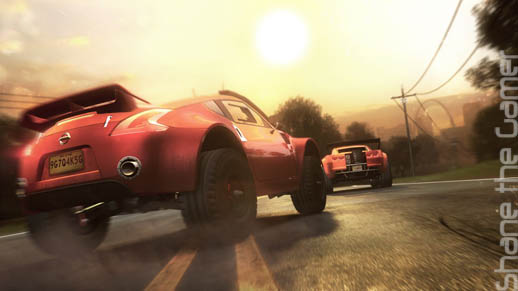 I had some connection problems. Several times I got disconnected from the server and had the game boot me back to the menu screen. Teething problems maybe, but still if you are going to have an essential online element to your game, it needs to be rock solid.

A few times I also had trouble starting races with the game stuck looping the loading animation.

A bit of a slow burner, The Crew requires a bit of dedication to get into. Quite a few times during the review I almost put it down to go play something a bit more fulfilling. But every time my interest waned, something about the game, be it a new location or race type, drew me back in. 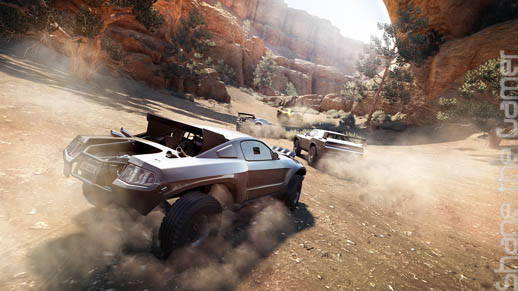 You could never say that the game was short on content. The Crew is another gluttonous Ubisoft feast that if anything is likely to leave you with heartburn.

Clearly the work of genius, I just wish that the publisher could embrace the concept of creating games that were smaller in scope but better formed.

The Crew joins Far Cry, Watchdogs and even my beloved Assassin’s Creed in being a bloated quasi-masterpiece whereby players are thrown into a vast and overwhelming game consisting of mediocre filler peppered with excellence. 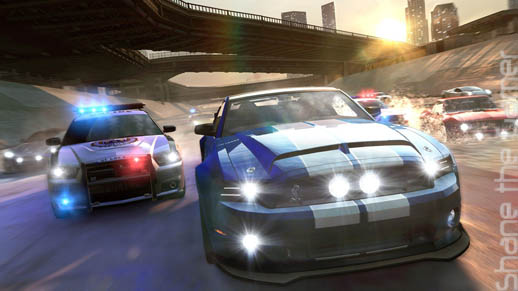 A bit more focus and less over-indulgence would have made The Crew into a far better game than we’ve got.

Whilst technically impressive, there are far better, albeit smaller scale racers out there. Still it is a good game and one that is sure to provide hours of arcade racing fun.