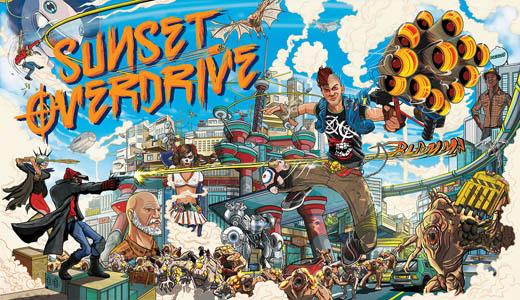 Xbox and Insomniac Games unveiled to the media, including us, the first look at Sunset Overdrive’s co-op multiplayer at E3 2014 and have recently released an video which provides more details on the experience (video below).

Choose Your Chaos Wisely – The amount of Chaos is what determines the difficulty of your team’s final Night Defense. The higher your Chaos– the tougher your Night Defense is going to be, but you’ll get more chances to receive cool rewards at the end. The amount of Chaos you have will depend on which missions you voted for leading up to Night Defense. Take a mission with a lot of chaos to increase difficulty and potential rewards? Or take a mission with a team boost to make the group more likely you succeed? 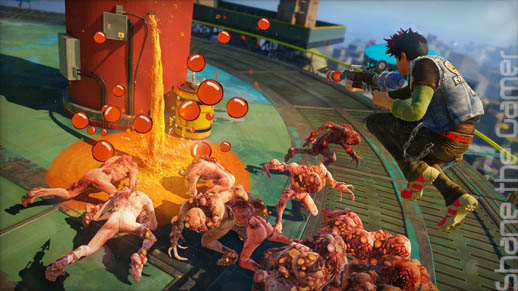 Go straight from campaign to chaos-squad, in game – So, you’re leaping around Sunset City in single-player and your friend/acquaintance invites you to join her Chaos Squad. You drop off a grind rail, strut up to the nearest future photo booth, and enter.  You’ll go straight into multiplayer with the same clothing, same amps, same everything as your character from the single-player campaign. 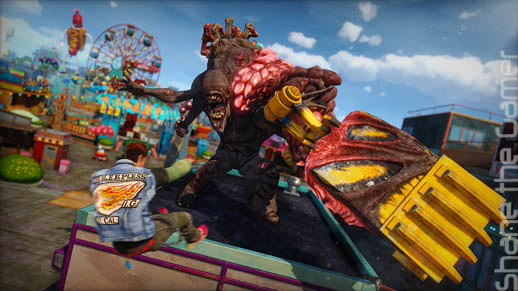 Vote on missions in the open-world – At the start, you and your rag-tag band are going to get two mission options to vote on. You conquer it, two new ones crop up. And they’ll have different objectives and be in separate locations from the first round. So, the result is that each Chaos Squad experience feels unique as you’re going through the open-world.

After a few rounds of voting and slaying and Chaos or boost getting – it’s time for your team to face the main event: Night Defense! 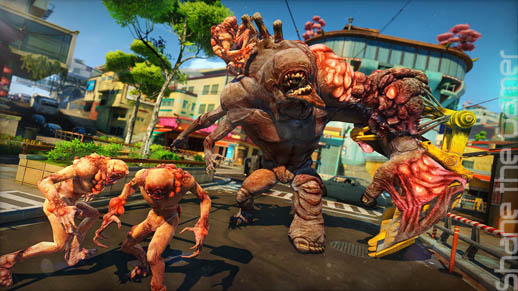 Night Defense – This is where you will fend off enemies and protect your vats of Overcharge at one of many forts across the city by not only using your weapons, traversal, and amps – but by placing traps, as well. Before each wave – you’ll have a bit of time to place your traps, but if you made a horrible calculation, you can move and place them during the waves, as well. 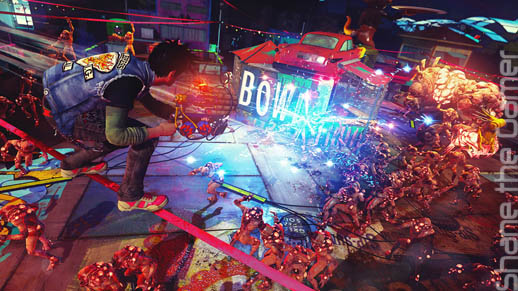 And then – the enemies attack. And what comes next is an assault of 8 players simultaneously jumping, shooting, grinding, and exploding nearly every damn thing in sight. Each wave brings an increasingly difficult and new variety of enemies to your door.  And, remember, the more Chaos you gathered in the open-world missions – the harder it’s going to be.

Rewards for your character you can take back to campaign! – But! Your reward output is based on your Chaos. So, if you manage to survive with a large amount of Chaos – you’re going to get way more chances at better rewards than the wuss teams who took team boosts instead of Chaos. 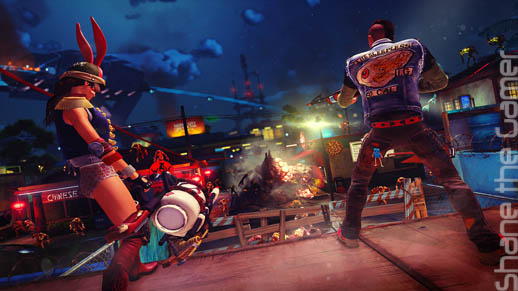 Developed by Insomniac Games, Sunset Overdrive is a stylised open-world shooter filled with overpowered weapons, crazed mutants and a sprawling city full of carnage. Set in a futuristic metropolis called Sunset City, “Sunset Overdrive” transforms the mutant apocalypse into your tactical playground, immersing you in an action-packed experience as you grind, vault and wall-run across the city while using a devastating, unconventional arsenal. With hyper-agility, unique weapons, and customisable special abilities, Sunset Overdrive rewrites the rules of traditional shooters and delivers an explosive, irreverent, stylish, and totally unique adventure exclusively to Xbox One this spring.