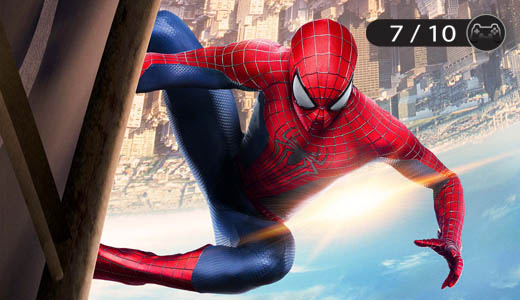 Spider-man, Spider-man. Does whatever a spider can. And in the case of Activision’s Spider-man video game franchise, he kinda does the same thing year after year.

I’ve been playing Activision’s Spider-Man games since the beginning. With the exception of a couple of entries, for the last ten years they’ve been startlingly consistent at providing an average gameplay experience.

Spider-Man 2, Ultimate Spider-Man, and a bit more recently, Spider-Man: Web of Shadows managed to impress me, but the rest just all merge into one. Even when trying out something different with the mission focused Spider-Man: Shattered Dimensions and Spider-Man: Edge of Time they never really hit their mark. Whilst I’d not say that Activision have ever screwed up a Spider-Man game, they’ve always felt missing something. 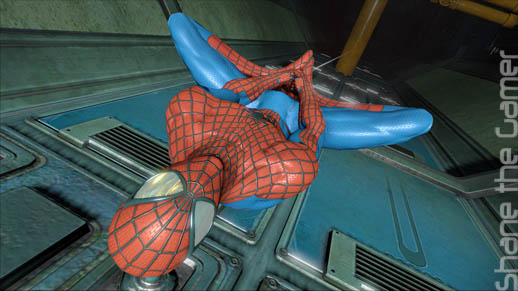 With 2012’s rebooted movie tie-in, The Amazing Spider-Man, the games went back to their roots with Spider-Man freely swinging through New York City, traveling to story mission waypoints and doing a variety of side mission scattered about the city. The plot, as with the Toby Maguire Spider-Man games loosely followed the movie but with a lot of extra content and characters drawn from the Spider-Man comics.

The Amazing Spider-Man 2 works exactly the same way. The main plot loosely follows the events in the movie of the same name, but also features a full roster of other characters and situations that Spider-Man has come across in his comics. 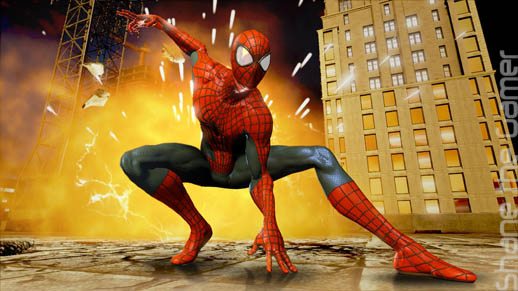 Not having seen the movie didn’t make a lot of difference to my experience as the game departs from its silver screen inspiration in the same way as the previous movie tie-ins. In the game, the inexperienced Spider-Man is taken under the wing of Kraven the Hunter, who acts as a sort of mentor.

Meanwhile the newly appointed CEO of Oscorp, Peter’s childhood friend, Harry Osborn, has formed an ironic alliance with Wilson Fisk, the Kingpin in the comics. Together they have formed a special task force to protect the city with Oscorp providing the technology and Fisk providing the muscle. 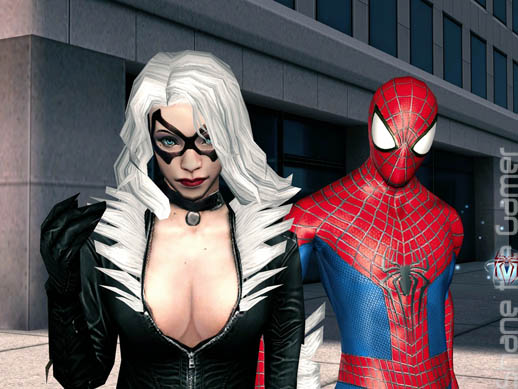 As the city locks down and Fisk’s competitors are put out of business, Spider-Man realises that both the city and he has been played by the aspiring Kingpin.

Whilst on the surface, The Amazing Spider-Man 2 looks very similar to its successor, the game’s developer’s Beenox have tried to reinvigorate the series somewhat by trying to sort out the web physics.

And about time too. 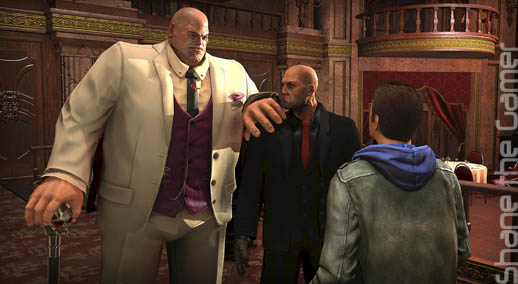 Both 2004’s Spider-Man 2 and to some extent (although dumbed-down a fair bit) 2005’s Ultimate Spider-Man used a realistic web-swinging mechanic whereby Spidey’s webs needed something to grab onto. They actually stuck to buildings. With practice, especially in Spider-Man 2, I was able to swing around skyscrapers – getting ever higher – in a realistic (or whatever passes for realistic in world were men stick to walls) fashion that made sense.

Since then the franchise has adopted a more relaxed attitude to web-swinging with Spider-Man’s webs seemingly sticking to the clouds above his head. It looked stupid and used to drive me nuts, especially over central park with him swinging above the treetops without a building in sight with to swing from. 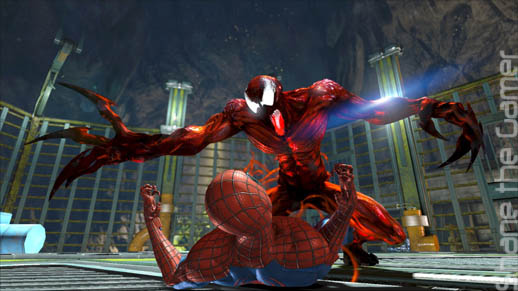 I recall the developer saying the reason for removing the need for webs to stick to something was because it made aerial fighting difficult. But it also made web-swinging in the games fun.

Whilst the game seems to still be faking it a bit, there’s a peculiar upward web-zip that still needs nothing to tether webs to, still, at least there’s a bit of logic this time. Trying to shoot a web whilst too away from a building a Spidey will tell you that he can’t do it. It takes a little bit of getting used to, with Spider-Man doing the odd face-plant into buildings; but when you get the hang of it, it feels breath-taking.

To be honest, I could spend hours just swinging through the city picking up all the comic book page collectables spread about the city’s rooftops. 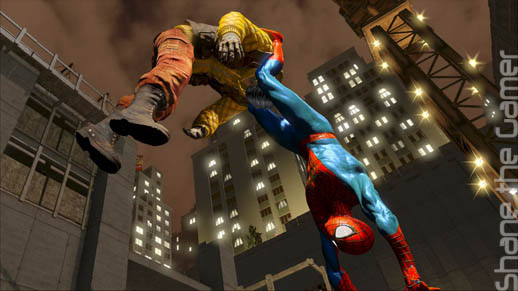 Beenox, obviously didn’t want us to get too much fun swinging through the city and have seen fit to litter the sky with annoying drones. These flying machines offer no challenge to destroy and just tiresomely fires bullets at you.

If you don’t like web-swinging, web rush returns from the last game enabling you to traverse the city via predefined points highlighted by holding the R1 button. Tapping the same button does a quick web rush that is also a good way to get around. 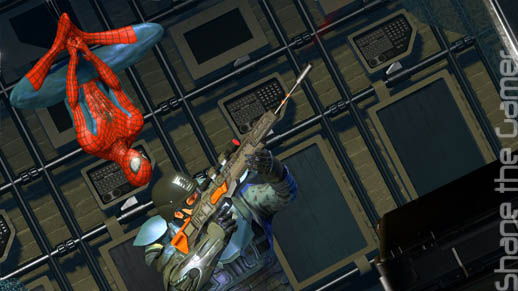 Web-rush is only one of a number of special abilities that you can enhance by spending XP. As with every other Spider-Man game, as you progress through the game you gain experience points which you can use to enhance Spidey’s abilities. You can improve his swing, his web-zips and various combat enhancements.

Early Spider-Man games had difficulty with interior Levels. After the more mission-based games Spider-Man: Shattered Dimensions and Spider-Man: Edge of Time, this is no longer a problem. Interior and tight Levels require a bit more restraint and offer up their own type of fun away from the web-slinging through the city. 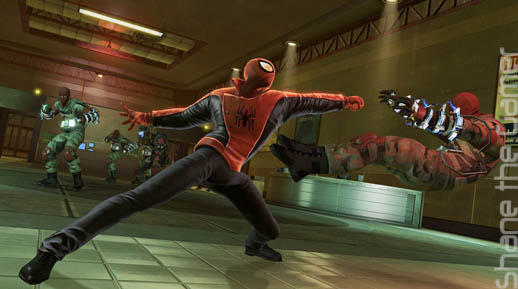 There’s loads to do. The quality of these tasks varies, however, there’s lame quick time controlled car chases, slightly more interesting tasks that have you rescuing citizens from fires or perilous situations and some all-out combat activities fighting Oscorp and Fisk’s dubious task force.

There’s also some interesting Russian hideout stealth missions, that if successful in getting to the target undetected gains Spidey with a new set of duds. Do enough of these missions and Peter Parker’s wardrobe will soon be packed with outfits from Spider-Man’s comic-book past including Miles Morales’ suit from Ultimate Spider-Man and the suit from Spider-Man 2099; each suit coming complete with its own abilities. 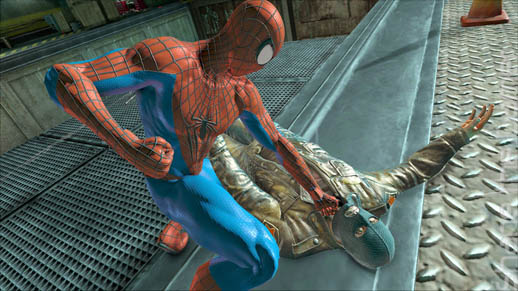 Combat is fun and very similar to the attack/counter-attack style employed by Batman in the Arkham games. It’s not as brutal, but with Spider-man’s aerial attacks and web shooting it’s a lot more kinetic.

You can also hone your combat skills playing the arcade game in Stan Lee’s comic shop. The comic shop is also the place to view the figurines, posters and comic books that you’ve unlocked. 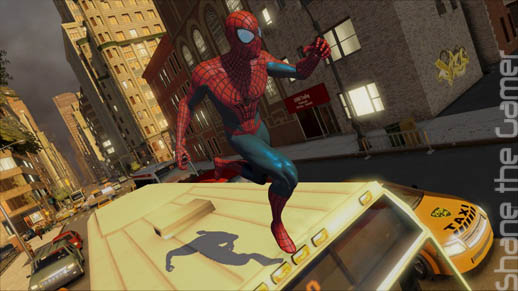 Visually Spider-Man’s New York City has never looked better than on PS4. It’s not in the same league as inFAMOUS: Second Son, but it is an improvement on what has gone before. The visuals still have that Saturday morning cartoon vibe about them when compared to the likes of the Batman Arkham games. The textures on some of the buildings flicker a bit, but there’s a nice depth of field blur and plenty of car and pedestrians in the city to give it a bit of life.

Spider-Man, himself is nicely animated as he leaps, swings, crawls and beats up the bad guys. The same goes for the supporting cast and the enemy. Everything looks good. Not great, but good. Just north of adequate. 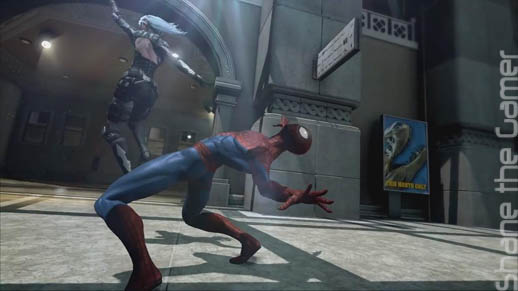 The Amazing Spider-Man 2 is a competent game that does its job. If you’ve played the last game then you will be intimately familiar with this one, as Activision have not really strayed that far from the formula that they established a decade ago. There’s nothing genre changing, but it is a decent effort. It looks OK, and performs the same. A good game without being great.