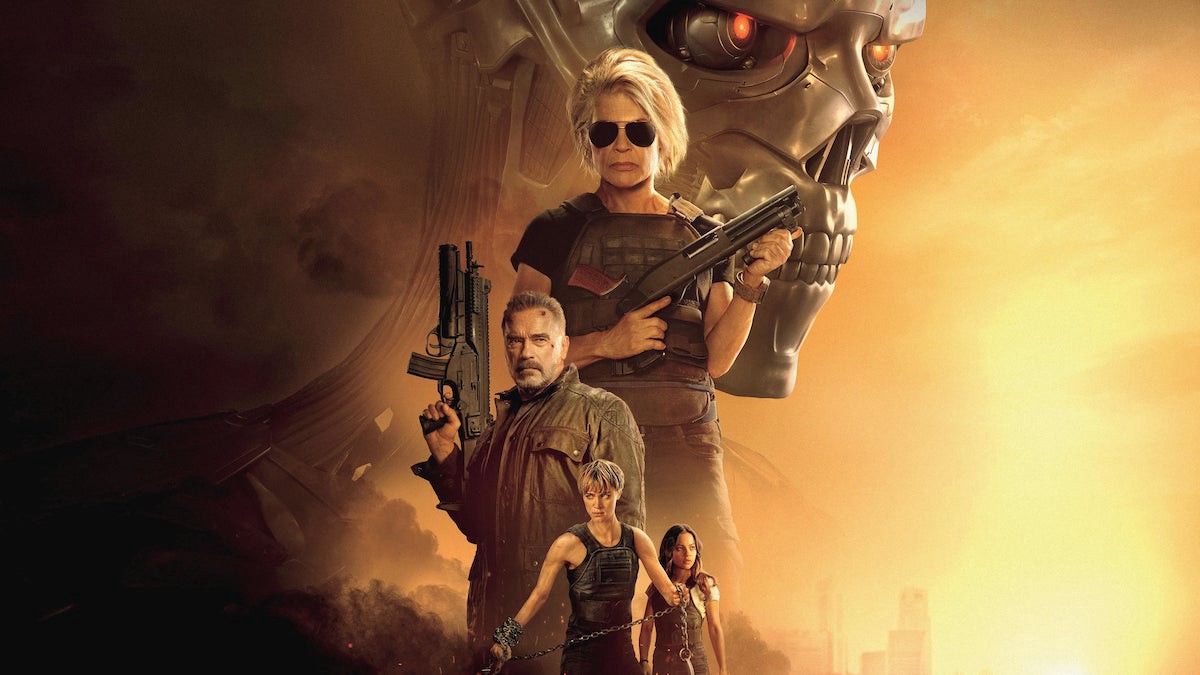 Sarah Connor is back.

Terminator: Dark Fate is the sixth film and picks up from the where the saga left off, mostly with many, many throw backs to the original Terminator (1984) film.

With James Cameron within the executive production and writing team, careful detail has been taken to keep the same themes and feel in this newest chapter.

It kicks off and gets in to it very quickly with a young Mexican girl called Daniella “Dani” Ramos (Natalia Reyes) and her doting older brother working in a factor that is slowly being taken over by automation. 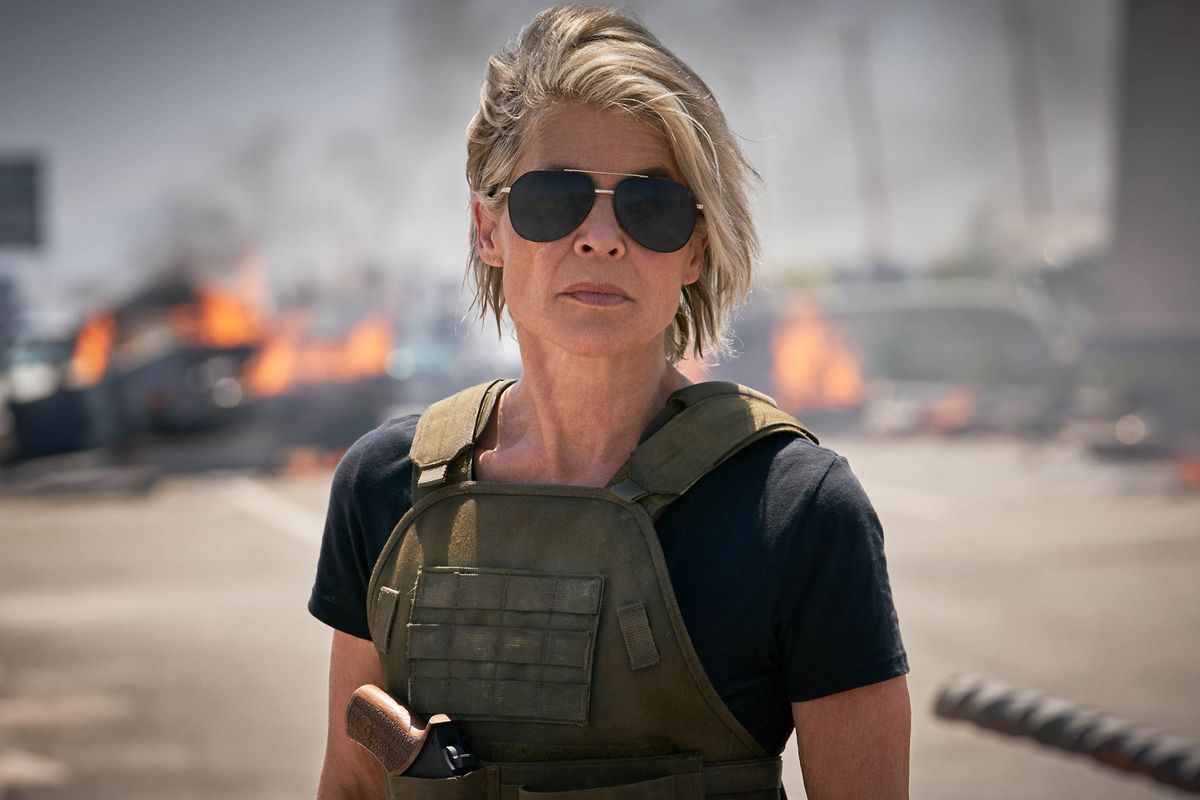 Thinking that job security is their biggest life-drama Dani doesn’t know that a cyberneticly enhanced human – Terminator hybrid soldier from the year 2042 is pushed through time to present day, with the mission to find and protect Dani at all costs.

A new adaption of the Terminator, known as a Rev-9 (Gabriel Luna) has also crash landed in to 2019 and has one mission; kill Daniella Ramos.

The cyber soldier called grace (Mackenzie Davis) rescues Dani from her workplace as the Rev-9 wreaks a path of death and destruction to get to her and in one of the best action sequences in a Terminator film yet along a highway as the duo try to flee, the Rev-9 gains the upper hand… until a now aged but combat hardened Sarah Connor comes to the rescue. 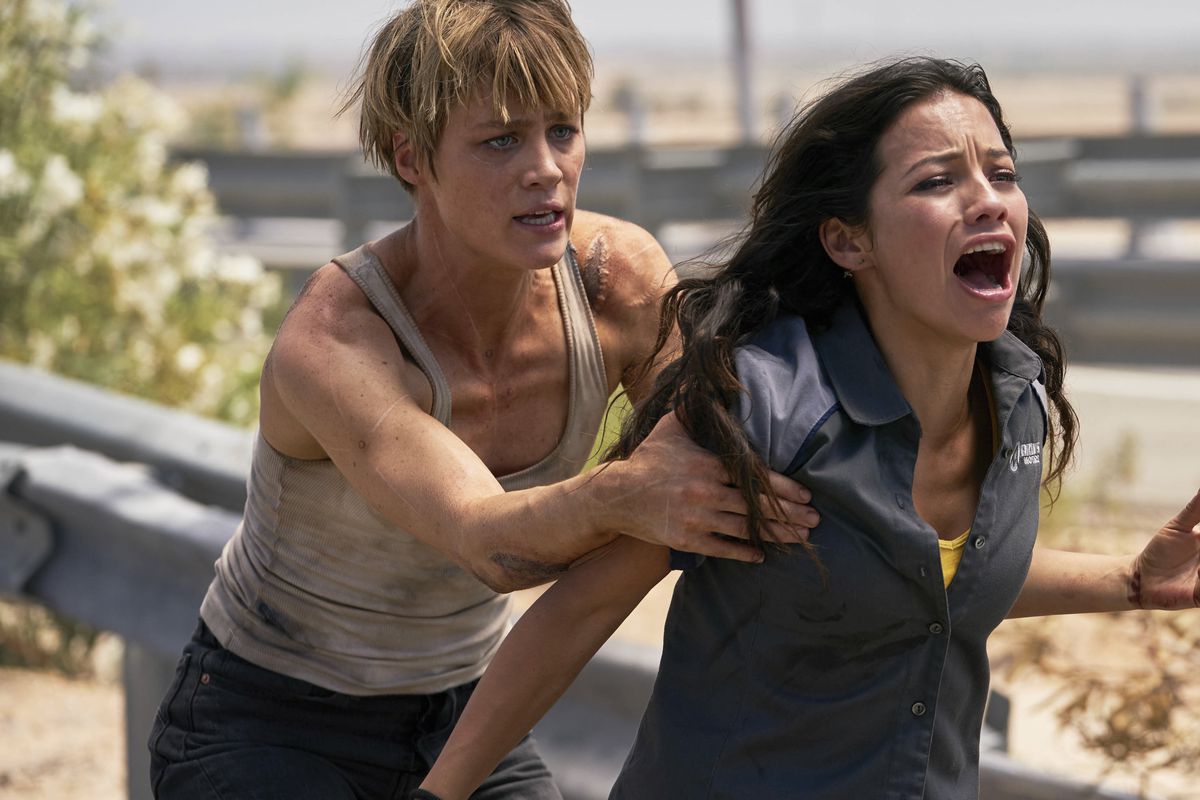 Grace’s body is infused with Terminator technology, but is also still very much human. Built for short burst combat, fighting against the Rev-9 wears her down very quickly and to get back up to full power she requires medication.

Sarah Connor joins the duo and the three set out to a co-ordinate that had been tattooed on Graces body before she left the year 2042.

Twenty three years in the future from where we are now, there is no longer a threat of Skynet. Sarah and John saw to that. But now there’s a new force to be reckoned with. The removal of Skynet only gave a vacant spot for something else to fill the void in the future timeline. 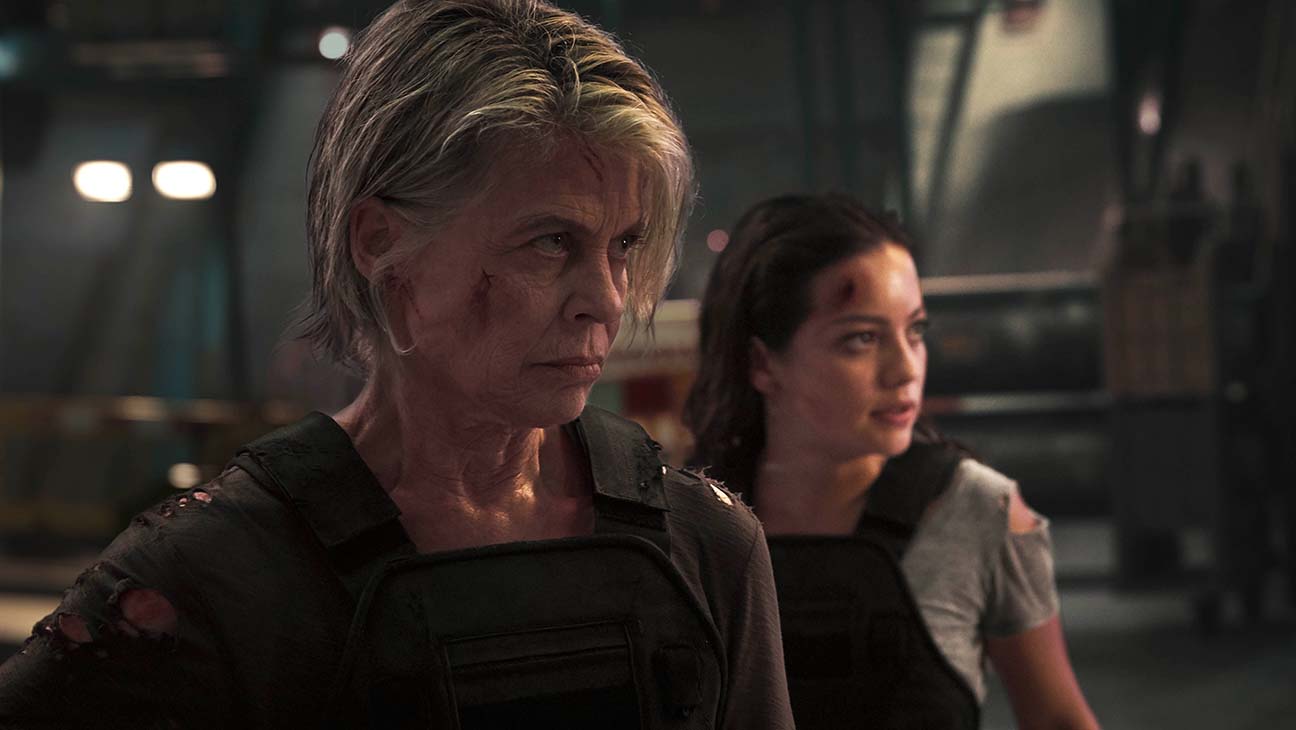 Pursued by the Rev-9 the now trio arrive at a well kept homestead, where at the door is no other than the original T-800 calling himself Carl.

Carl (Arnold Schwarzenegger) after completing his mission some twenty years ago had no further orders, so he stayed and adapted intop the human way of life. Even getting married and raising a stepson.

Although both Carl and Sarah are now getting on in years with the combined force of Grace and Dani an epic and final battle ensues.

Why is the Rev-9 stalking Dani? I don’t want to add any spoilers here… 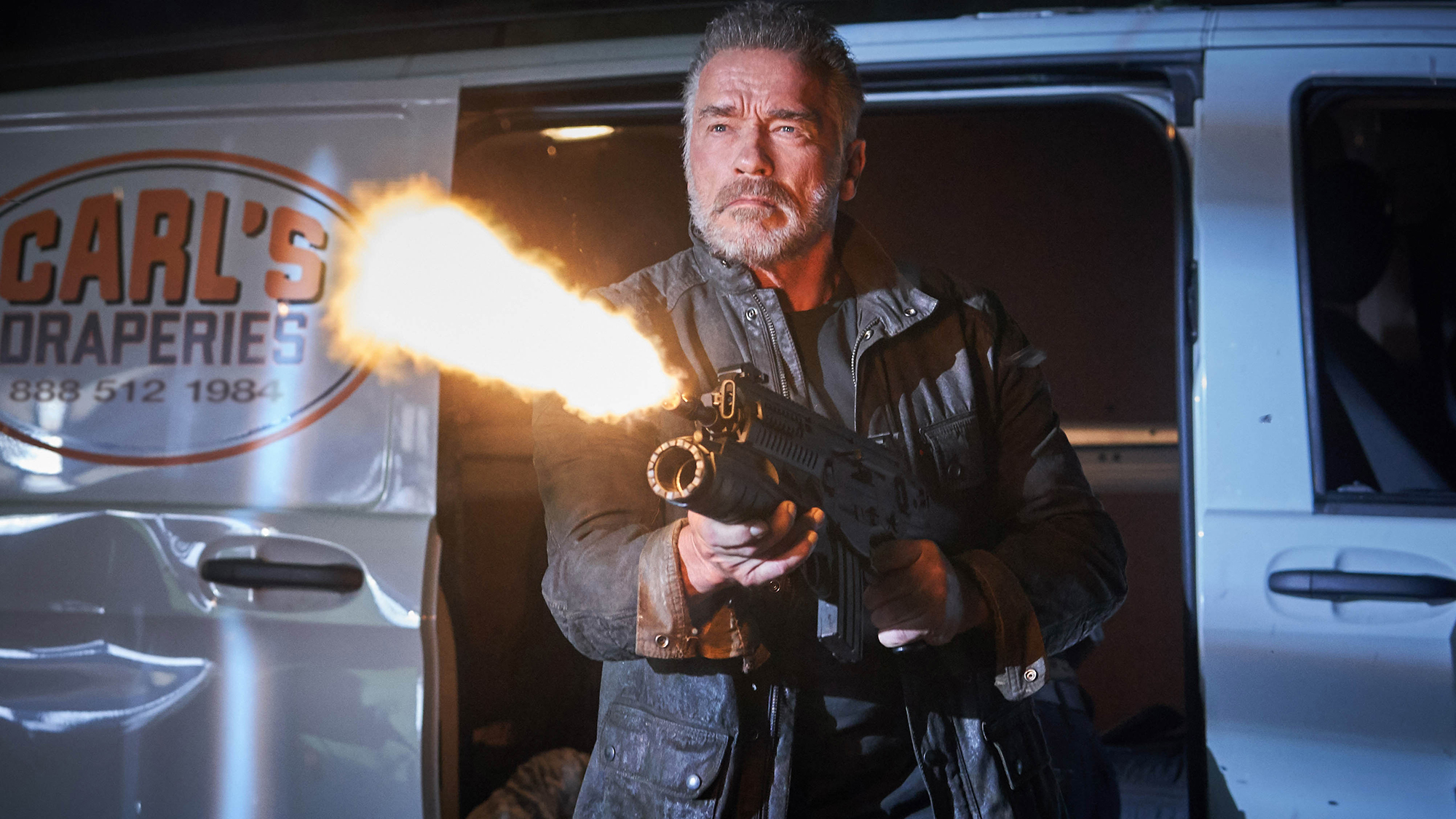 Terminator: Dark Fate is an excellent addition to both the timeline of the Terminator films and equally a stand-out action-tastic within it’s own right.

Those that have watched the original 80s and early 90s Terminator films will feel the warm and fuzzies with many easter eggs to the classics and of course seeing both Arnold Schwarzenegger and Linda Hamilton reprise their iconic roles.

Terminator: Dark Fate is the same but very different and is the new Terminator film for the new generation of fans. 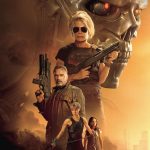 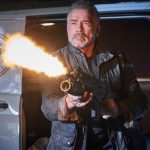 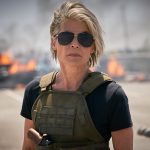 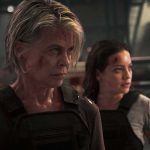 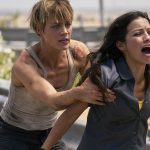