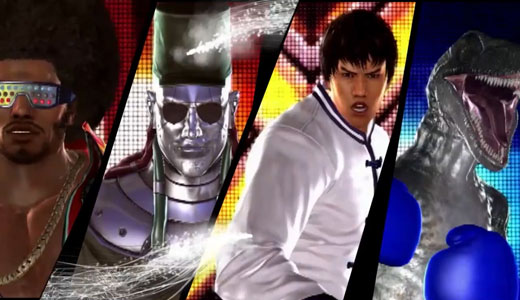 Is it even possible to get surprised by fighting game anymore?
The formula has been rinsed, dried, repackaged, reopened and worn time and time again.

It’s a wonder developers even get excited by the prospect of unleashing another one of their precious fighter franchises. 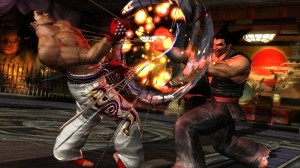 Tekken is perhaps the one franchise that has abstained the longest from a sequel, since the initial Tekken tag tournament and once again, the player can expect to indulge in a bevvy of matches either solo or as a tag team duo.

The concept of a tag team fighter is in no way new, but Tekken Tag Tournament 2 expands on its predecessor by providing an enormous level of customization in many areas of the game.

Many of the game’s large roster of characters are playable right out of the gate, but also provide the ability to change individual aspects of clothing and haircuts, making the number of ‘unique’ characters exponential.

Even the music specific to each arena 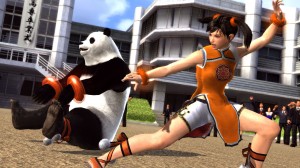 can be changed and tweaked, including an ability to import your own music and soundtrack. Yes, it’s possible for two lumbering oafs to wallop the guts out each other to the sultry accompaniment of Barry White. In any case, the stock soundtrack is adrenaline fueled and exciting, and there really isn’t all that much incentive to tinker with the music unless you are particularly OCD.

For folk that are inexperienced with the intimidating amount of players and move sets to explore, there is a virtual tutorial arena by way of Violets Combot. Essentially, the combot is a fully customizable ‘frankenstein monster’ robot that can have almost any of the playable characters move sets assigned to it. From here, the player must complete a series of weird and wacky tutorial challenges designed to make the player experiment with various moves and combos. It’s a fascinating feature that may even be the game’s Pièce de résistance for many players. 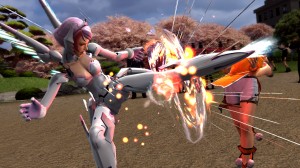 From the menu, there are several options for the player to chose from, with offline or online modes the staring point.

Arcade mode is as you would expect, working through a progressively more difficult series of matches as either a solo player, or a tag team duo. This mode is arcade right down to the ‘insert coin’ text and enormous ‘continue’ readout for unsuccessful matches.
Far from being a veteran of fighting games, I found the difficulty spiked at a specific fight and became frustrated at the games seemingly unfair and punishing difficulty (though in all fairness was probably my own lack of strategy and skill).

With good dexterity and timing as a tag team, you can use buddy-specific moves to dish out damage which can drastically help swing the pendulum either way in a fight.

The other offline features keep the game 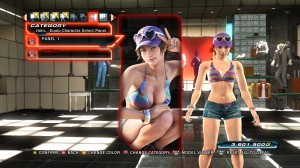 interesting for those without the option or interest in competitive or online co-operative multiplayer. As you can imagine, the game moves at a brisk clip so having a good connection is essential. Any lag in responsiveness while tolerable in most games makes TTT2 a nightmare.

TTT2 also offers a complete stat tracker by way of “World Tekken Federation”, which is exhaustive and comprehensive in the events that it records. From the amount of damage the player causes to the number of successful and unsuccessful throws, punches and kicks they perform it has the potential to embarrassingly document ones fundamental lack of skill (sigh). 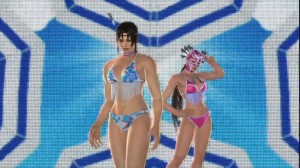 Visuals are pretty good for the most part. With an enormous set of characters and outfits (an up to 4 characters in the arena at any one time), as well as over two dozen locations it’ easy to forgive the odd low res texture or average lip synching animations. The animations and effects are Tekken trade-mark and help combos and moves feel powerful and nasty (not so great if you are on the receiving end).

In summary, TTT2 is a great iteration to the series and one definitely worth considering if you are a fan of fighters. With a huge set of fighters and options to explore, as well as customizable characters and innovative tutorial mode, the game should serve your average fighter fan for a good long while. 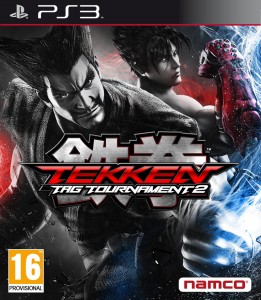