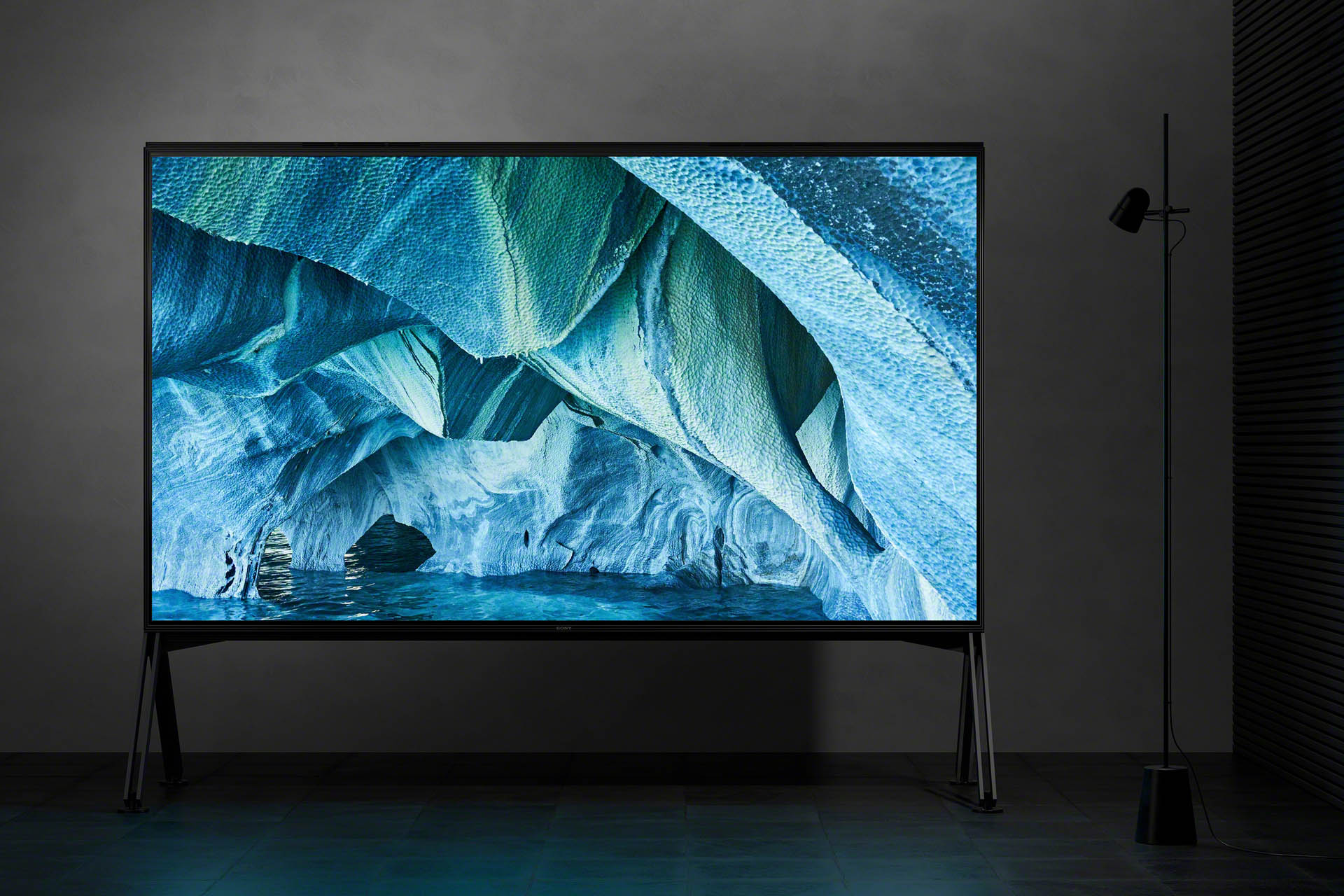 Both new models feature the next generation Picture Processor X1 Ultimate for accurate detail and contrast. Introduced last year with the inaugural MASTER Series models, this processor plays a vital role in delivering the high-quality picture in the MASTER Series. 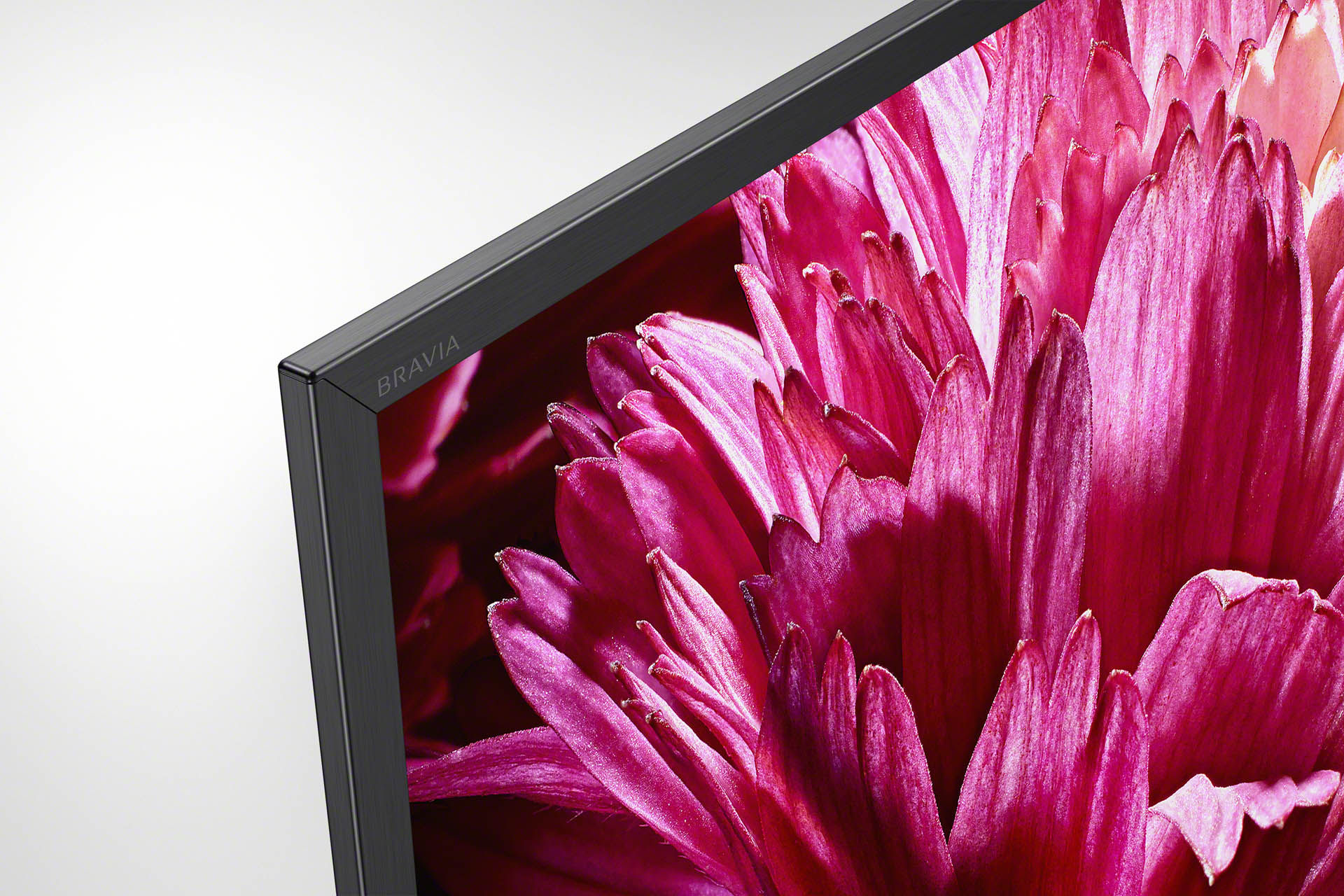 The Picture Processor X1 Ultimate has a unique algorithm specially developed for 8K that can intelligently detect and analyse each object in the picture resulting in exceptional detail and contrast for a more realistic picture that represents the creators’ intent. Premium quality sound is a key part of the viewing experience as well, and both the A9G and Z9G models feature the new Sound-from-Picture Reality which faithfully reproduces the position of the sound on the screen so when actors are speaking, the sound appears to be coming directly from their mouths and not from a speaker off to the bottom.

Z9G super-large sized TVs Larger TVs are becoming more popular and Sony’s goal with delivering the new Z9G 85” class TV is to maximise the super-large screen experience in the living room. In order to deliver premium picture quality in such extra-large screens, Sony is introducing extra resolution with its first consumer 8K television. With twice the number of horizontal lines and vertical lines, 8K provides four times the pixels of 4K (or 16 times the resolution of HD). This higher resolution results in a more immersive viewing experience as 8K resolution means the larger-sized TVs look great up close with virtually no pixel differentiation. 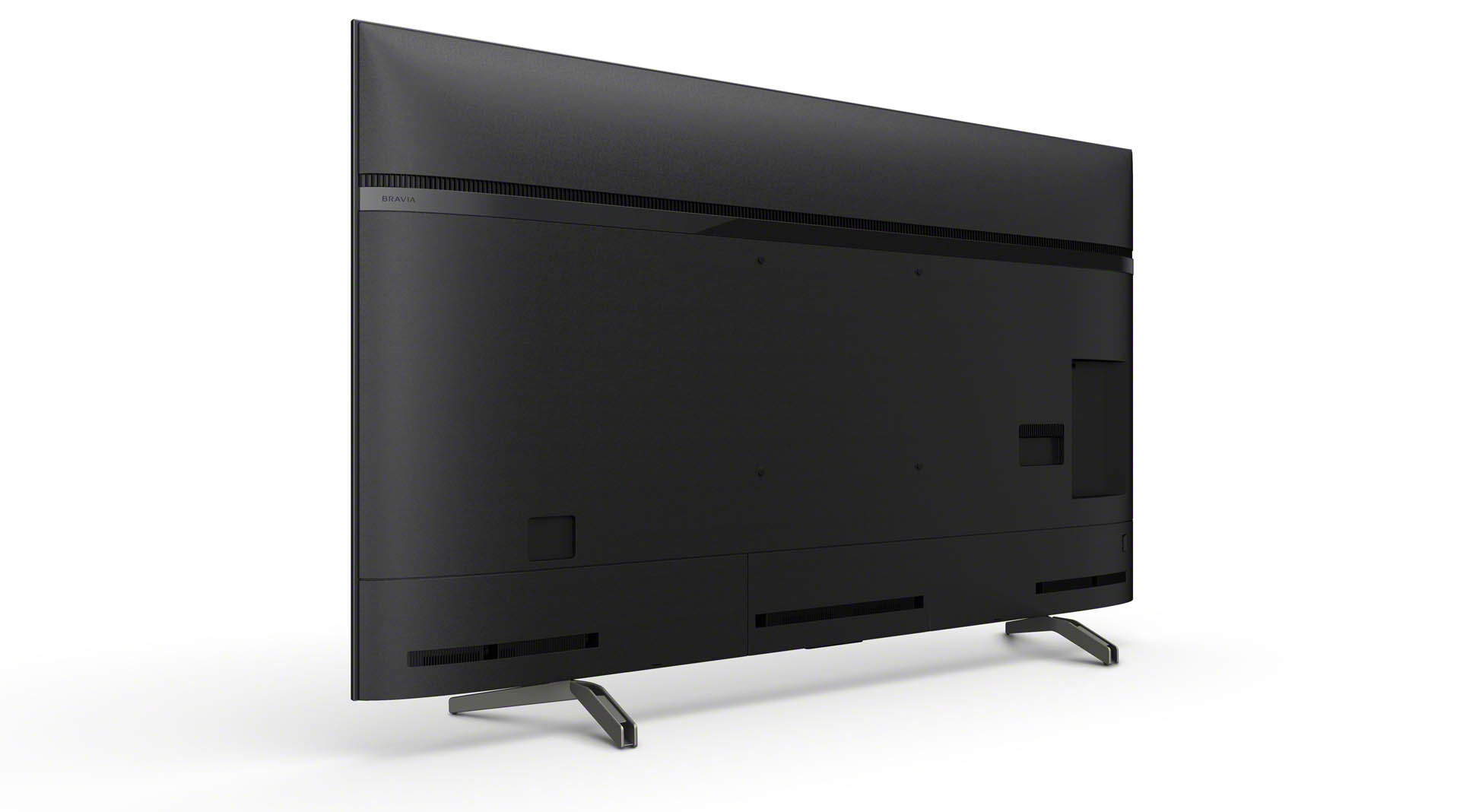 But it is not just resolution that matters. As screen sizes get larger the processor plays an even larger role in delivering premium picture quality. Utilising a proprietary algorithm, the powerful Picture Processor X1 Ultimate has been optimised to handle the 33 million pixels of 8K. And the same processor enables the newly developed 8K X-Reality PRO to up-scale any content to near 8K picture quality using a new, dedicated 8K database to refer to for even more precise, detailed upscaling. With a long history and expertise in developing professional cameras and monitors, Sony recognises that precision in constructing fine components of signal processing results in an immediately visible difference to the whole image.

In addition, completely new dedicated 8K technologies have been developed for the Z9G series, including Backlight Master Drive with full-array local dimming and 8K X-tended Dynamic Range PRO. The Backlight Master Drive on the Z9G has ultra-dense LED modules which are independently controlled, delivering unprecedented contrast with punchy brightness and pitch blacks. To leverage the most out of this backlight system, 8K X-tended Dynamic Range PRO uses the saved energy to intelligently boost the brightness in the areas where it needs to be boosted. 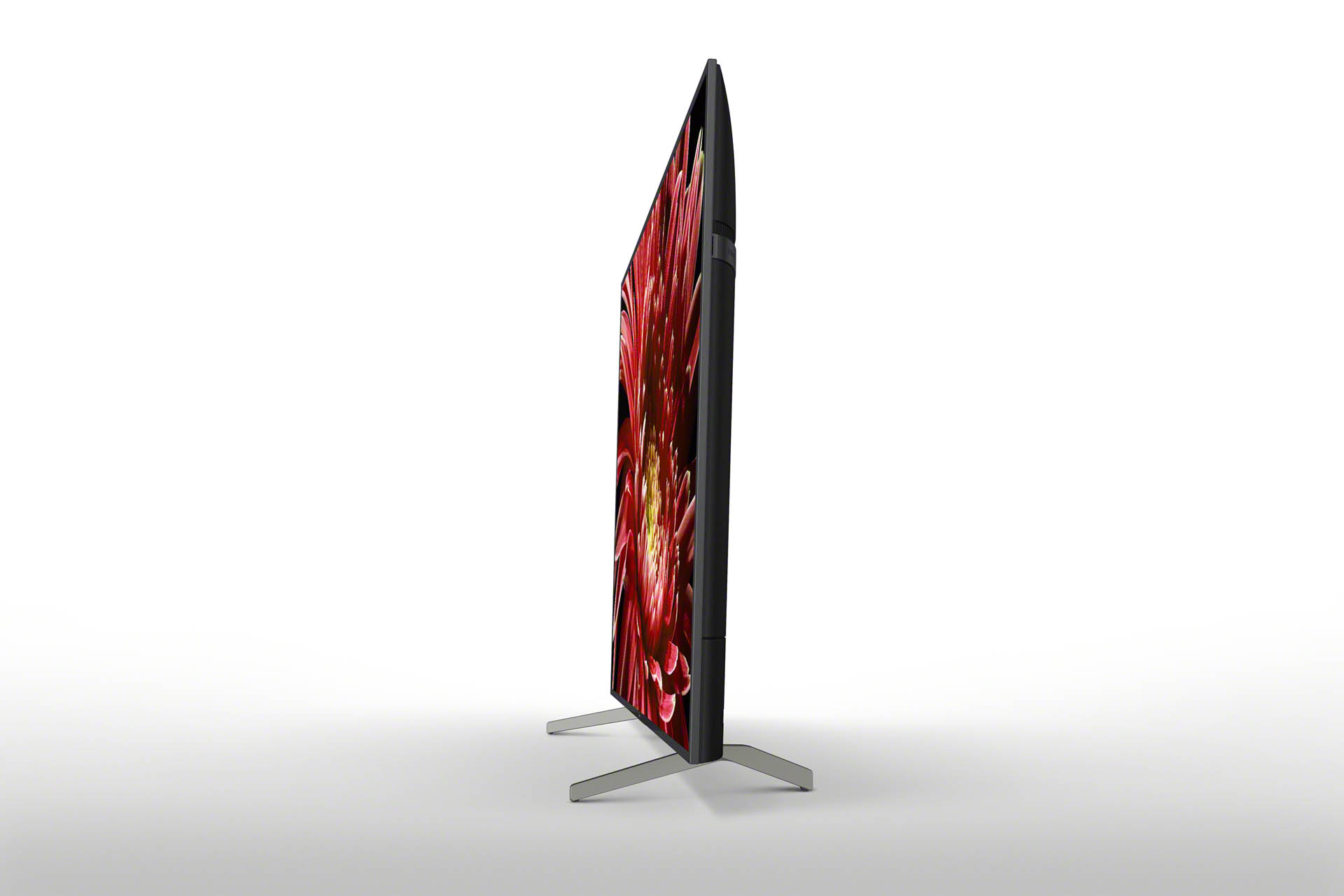 Accurate sound position is another key factor as TVs get larger. Taking the experience we’ve gained from our OLED’s Acoustic Surface Audio, Sony has expanded the concept to the Z9G LCD TV with Acoustic MultiAudio. To deliver the Sound-from-Picture Reality experience, the new Acoustic Multi-Audio on the Z9G utilises four front-facing speakers; two on the bottom and two on the top, to deliver a faithful sound position. Viewers will hear the sound coming from the screen, and not where the speaker is located. In addition, the Z9G has a TV Centre Speaker Mode for people who have a home theatre setup. This mode enables the TV to become the centre speaker. Also enhancing the sound experience is Dolby Atmos1, which adds a wide, rich sound field.

The Z9G also features X-Wide Angle to ensure the picture retains its quality regardless of the viewing angle, enabling a wider viewing angle that reduces colour shifts when viewing the screen off-axis, so colours stay true no matter the viewer’s position. While X-Motion Clarity minimises motion blur without sacrificing screen brightness.

A9G premium OLED TV The A9G is Sony’s new flagship 4K OLED TV available in 77”, 65”, and 55” class, in a very slim form factor. Images comes to life with the super-wide viewing angle, precise contrast and absolute blacks of OLED technology. Over 8 million self-illuminating pixels are precisely and individually controlled by Picture Processor X1 Ultimate. In addition to the processor, the A9G has Pixel Contrast Booster for more colour and contrast in bright areas. As a result, the A9G provides premium picture quality approaching that of a professional-grade monitor, showing images and colours as they truly are, as the creator intended. The processor improves SD and HD content to near 4K HDR quality and shows 4K content in stunning clarity. 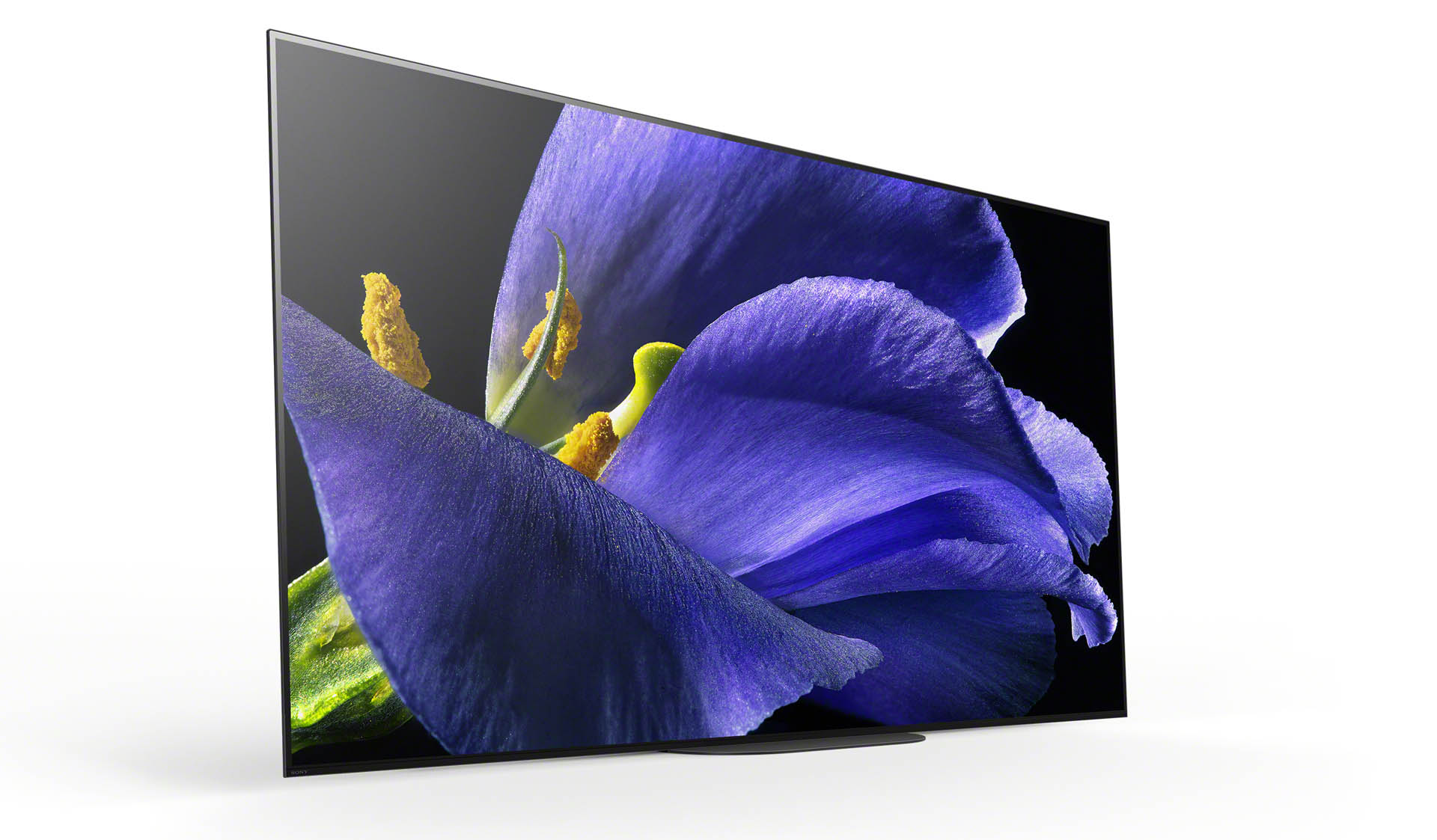 Acoustic Surface Audio+ provides a totally immersive sound experience with the sound coming from the entire screen, enveloping viewers in exciting new entertainment experiences, providing pictures and sound in perfect harmony. In addition, a TV Centre Speaker Mode provides choice to use the TV as the centre speaker when utilising a surround sound setup.

The A9G is very slim in depth; when wall hung using the SU-WL850 wall mount system, it will fit close to the wall at around half the distance of our previous model2. This OLED TV is more than just beautiful. It’s designed so that it appears to be floating on the wall, leaving only the brilliance of its picture. Furthermore, in order to bring the best viewing position and flexible usage, the SU-WL850 has a swivel functionality as preferred.

For the ultimate in picture quality, the A9G pairs the brilliance of 4K clarity with the brightness, colour, and detail of High Dynamic Range (HDR). Previously hidden areas of dark shadow and sunlight are now full of clarity and detail. And like the Z9G the A9G HDR TVs feature Netflix Calibrated Mode, IMAX Enhanced, and Dolby Vision/Dolby Atmos to deliver the viewing experience just as the creator intended. 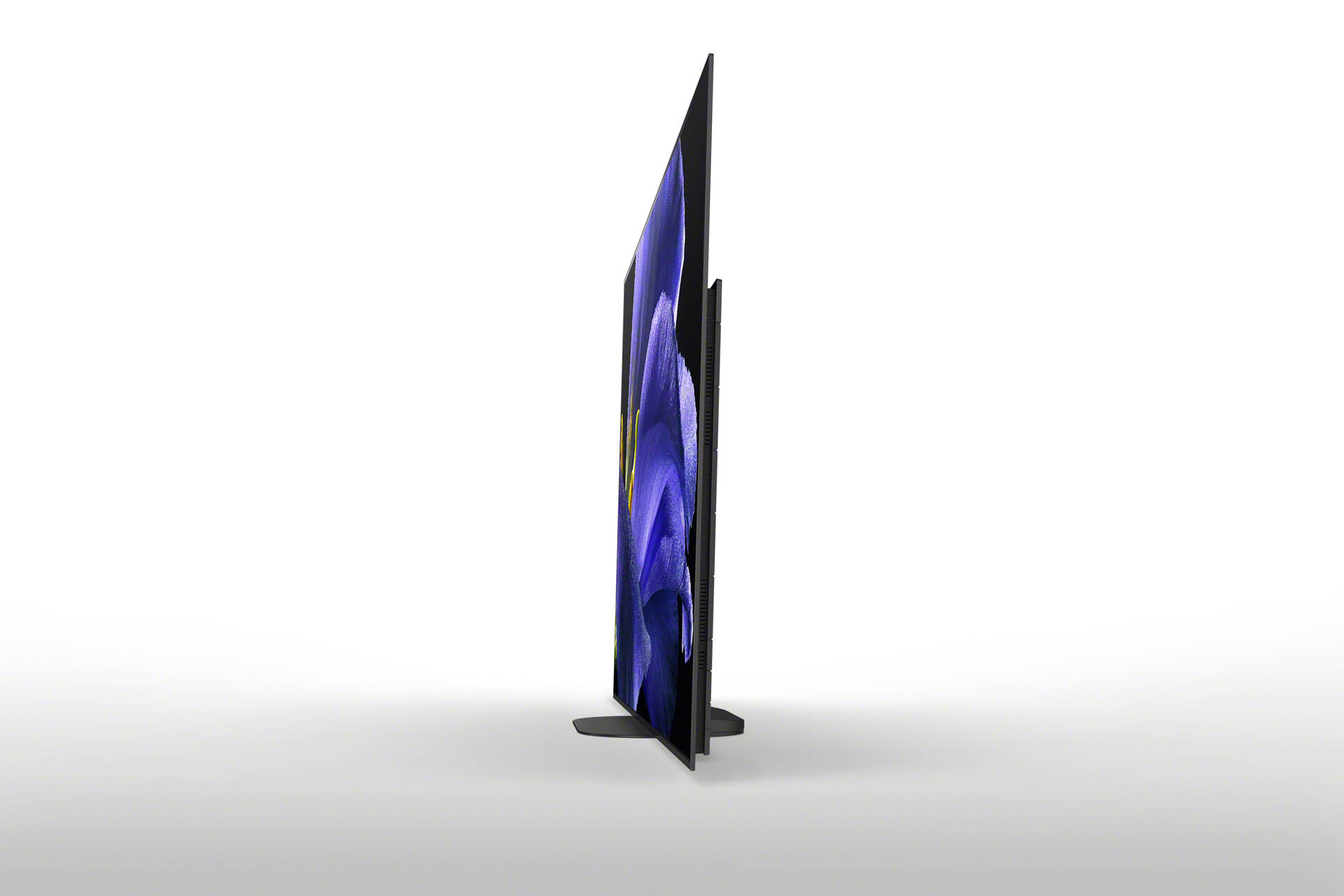 User experience Both the Z9G LCD and the A9G OLED feature Sony‘s Android TV which supports a huge range of apps from Google Play, including YouTube, Netflix, Amazon Video, Stan and more for deep smart home integration (availability varies by region). And making your TV and home even smarter, the Z9G and A9G TVs have Google Assistant built-in. Both TVs have built-in microphones that will free users’ hands. Viewers can simply talk to the TV using the Google Assistant to find what they want quickly, or to play TV shows, movies, and more. The TVs also work with popular smart speakers such as Sony’s own LF-S50G and SRS-XB501G, or those from Google Home or Amazon Echo. With smart speakers, users can control the TV and stream content on their TV just by asking smart speakers – with more features to come later this year.

Sony Android TVs will be compatible with Apple AirPlay 2 and HomeKit. AirPlay lets you effortlessly stream content from your iPhone, iPad and Mac right to your Sony TV. Watch movies and shows from iTunes and compared to A9F series using a compatible wall mount system other video apps, and view photos directly on your Sony TV. Play music or listen to podcasts on the television and AirPlay speakers throughout the home – all in sync. 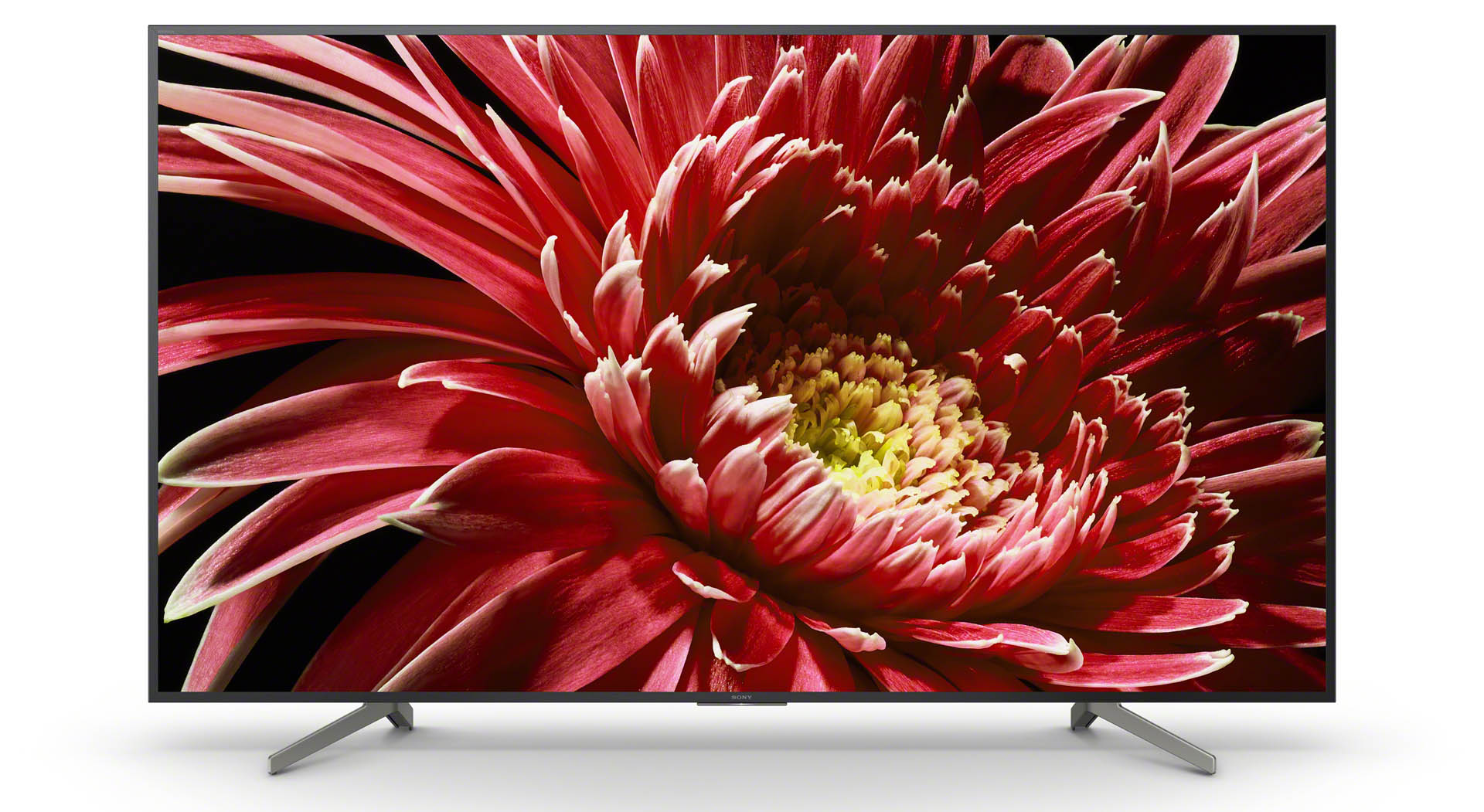 HomeKit lets you easily and securely control smart home products using the Home app or by asking Siri on your Apple devices. TVs can be added to the Home app and included in scenes or automations with other HomeKit accessories. For example, users can create a “Movie Night” scene in the Home app to easily turn on their smart TV and dim the lights, and simply ask Siri to launch the scene. AirPlay and HomeKit support will launch in Z9G, A9G, X9500G, X8500G models in 2019.

For even more user-friendly experience, a new easy to control smart remote enables viewers to control their connected devices such as cable/satellite boxes, Blu-ray disc player, game console (supported devices vary by region) without switching remote controllers. Also added to the smart remote is an RF so users can control the TV without pointing the remote. And a newly developed UI brings seamless and quick access to your favourite apps and settings.

Pricing and availability details have not been released yet.