Do Bigger Things – Samsung Bring Back the Note! 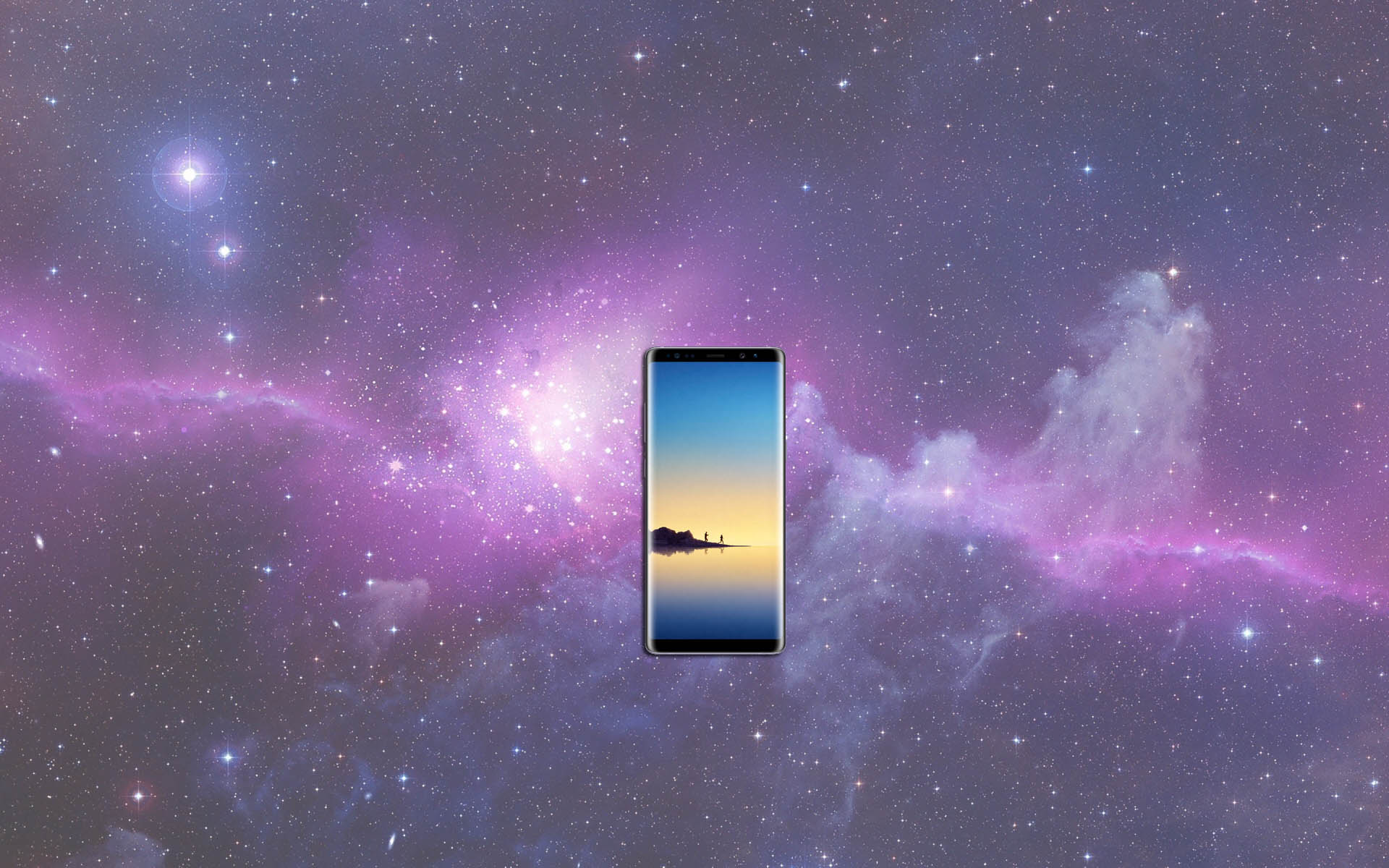 Samsung Electronics today announced to us here at STG that their Galaxy Note8, the next level Note for people who want to do bigger things.

With the Galaxy Note8, consumers get a bigger Infinity Display that fits comfortably in one hand, S Pen to communicate in more personal ways, and the most powerful Samsung smartphone camera to capture stunning photos. The Galaxy Note8 is designed for the way consumers lead their lives and lean on technology today.

“We appreciate the relentless passion of the Note community. They’ve been a constant inspiration to us and we designed the new Note for them,” said DJ Koh, president of Mobile Communications Business, Samsung Electronics. “From the Infinity Display to the enhanced S Pen and the most powerful Dual Camera, the Galaxy Note8 lets people do things they never thought were possible.”

“New Zealanders tend to be early adopters of technology, which is why the Note category has always been incredibly well received in this country. The Note has always been the phone of choice for power users who want the best camera, best performance and best experience from their smartphone – whether it’s for work or play. It’s an exciting moment for us to be able to deliver the best and most highly anticipated Galaxy Note we’ve ever created to the Kiwis who’ve waited patiently to upgrade,” says Todd Selwyn, Head of Mobile Product for Samsung New Zealand.

Samsung first introduced the Note series in 2011. Since then, a community of enthusiasts emerged through their affinity for the Note’s signature expansive screen and S Pen. 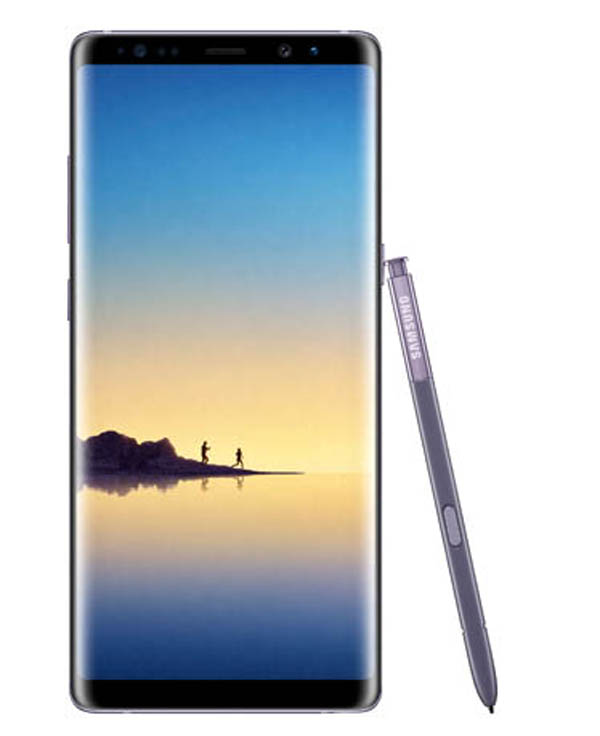 The Galaxy Note8 has the biggest screen ever on a Note device, yet its narrow body makes it comfortable to hold in one hand. The 6.3-inch Quad HD+ Super AMOLED Infinity Display lets you see more and scroll less. The Galaxy Note8 gives you more room to watch, read and draw — making it the ultimate multitasking smartphone.

Note users have long been able to do more with Multi Window. With the Galaxy Note8, the new App Pair feature lets you create a custom pair of apps on the Edge panel and simultaneously launch two apps with ease. Watch a video while messaging your friends or dial into a conference call with the number and agenda in front of you. 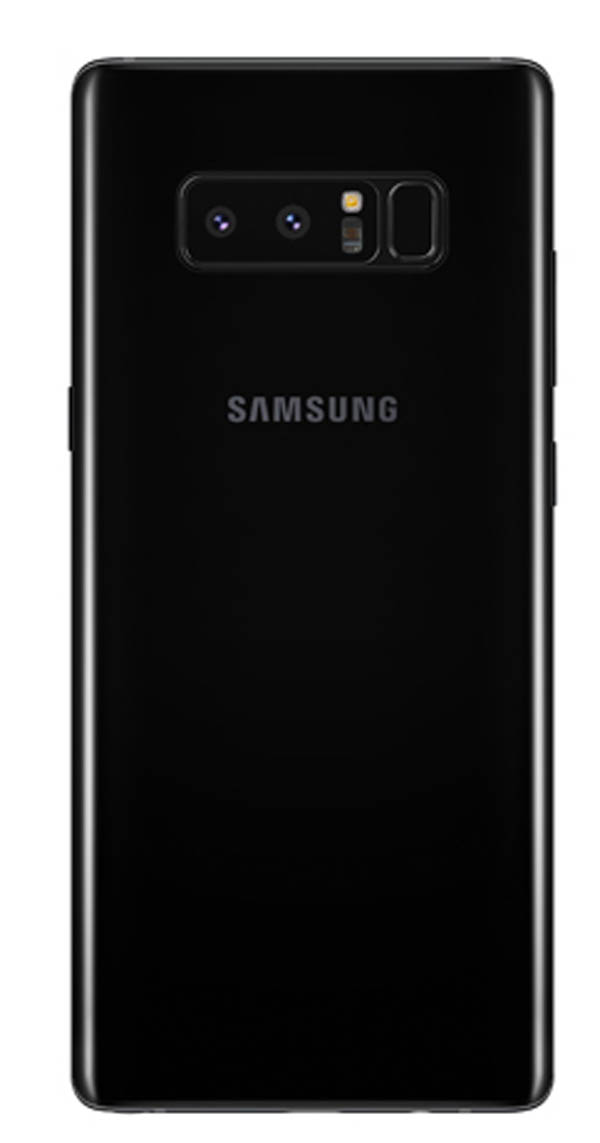 Since its introduction, the S Pen has been one of the Note’s defining features. With the Galaxy Note8, the enhanced S Pen unlocks entirely new ways to write, draw, and interact with the phone and communicate with friends. It has a finer tip, improved pressure sensitivity, and features that enable users to express themselves in new ways.

When communicating with text just isn’t enough, Live Message allows you to reveal your unique personality and tell expressive stories. With the Galaxy Note8, you can now share animated texts or drawings across platforms that support animated GIFs. It’s a whole new way to communicate with the S Pen—adding lively and emotional connections that bring your messages to life.

For overseas travels or when you come across a website in a foreign language, the improved S Pen Translate feature lets you hover over text to quickly translate not only individual words, but entire sentences in up to 71 languages, and instantly convert units and foreign currencies. 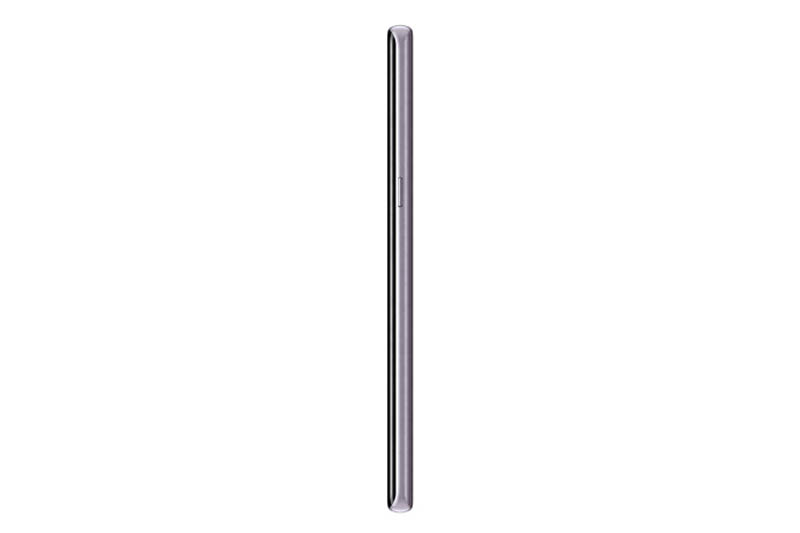 For most consumers, one of the things they look for when purchasing a new device is the camera. Samsung set the standard for smartphone cameras and with the Galaxy Note8, we’re delivering our most powerful smartphone camera yet.

The Galaxy Note8 is equipped with two 12MP rear cameras with Optical Image Stabilization (OIS) on both the wide-angle lens and the telephoto lens. Whether you’re exploring a new city or running around your backyard, OIS lets you capture sharper images.

For more advanced photo-taking, the Galaxy Note8s Live Focus feature lets you control the depth of field by allowing you to adjust the bokeh effect in preview mode and after you take the photo.

In Dual Capture mode, both rear cameras take two pictures simultaneously and allow you to save both images; one close-up shot from the telephoto lens and one wide-angle shot that shows the entire background.

The wide-angle lens has a Dual Pixel sensor with rapid Auto Focus, so you can capture sharper, clearer shots even in low-light environments. The Galaxy Note8 is also equipped with an 8MP Smart Auto Focus front-facing camera for sharp selfies and video chats. 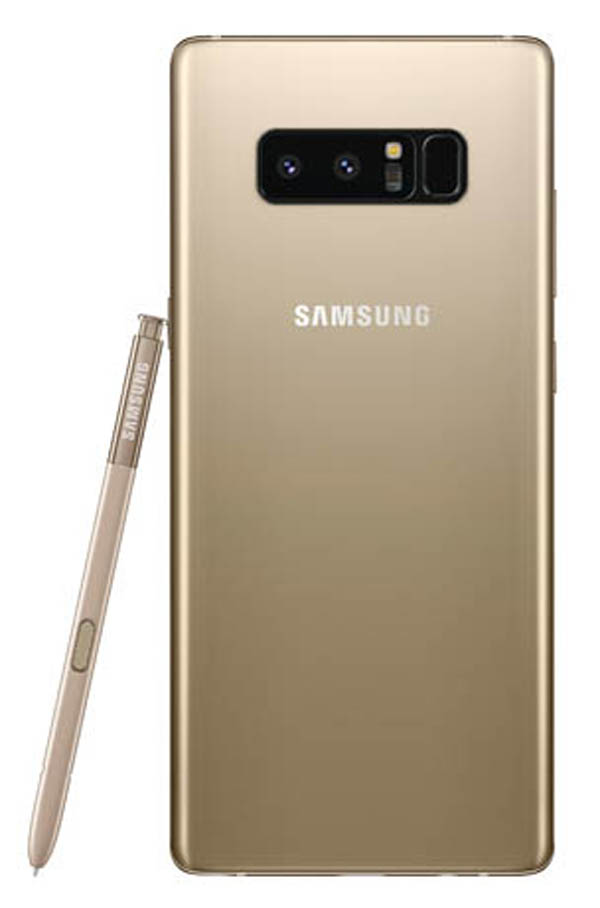 The Galaxy Note8 is built on the Galaxy legacy—a collection of unique features and capabilities that, together, have redefined the mobile experience:

The Galaxy Note8 takes business innovation to the next level with advanced features that improve performance, productivity and security for a wide range of industries, simplifying how work gets done: 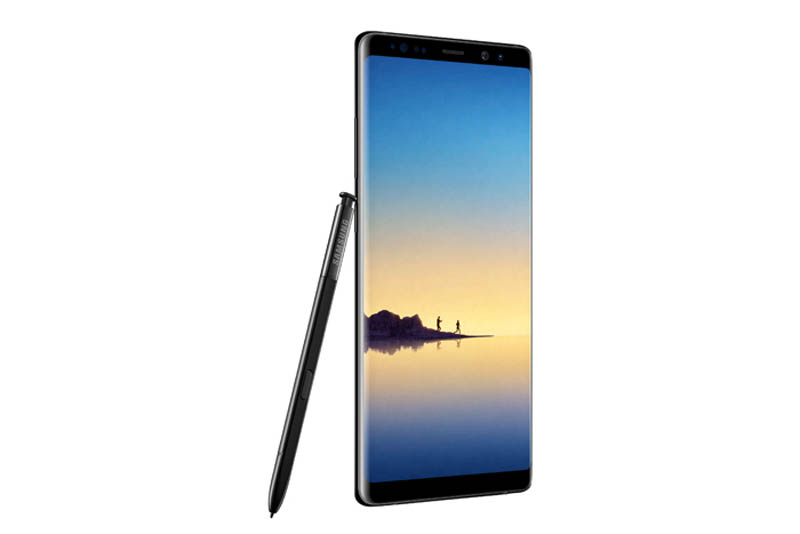 Samsung continues to uphold its commitment to lead the industry in battery safety. The Galaxy Note8’s battery has undergone Samsung’s 8-Point Battery Safety Check—the most rigorous in the industry.

“We have been closely working with Samsung to make meaningful advancements in the science of smartphone quality and safety evaluation. As a result, the Galaxy Note8 has successfully completed a rigorous series of device and battery safety compatibility test protocols. We look forward to maintaining our strategic relationship with Samsung to help ensure device safety for all consumers,” said Sajeev Jesudas, President, UL International. 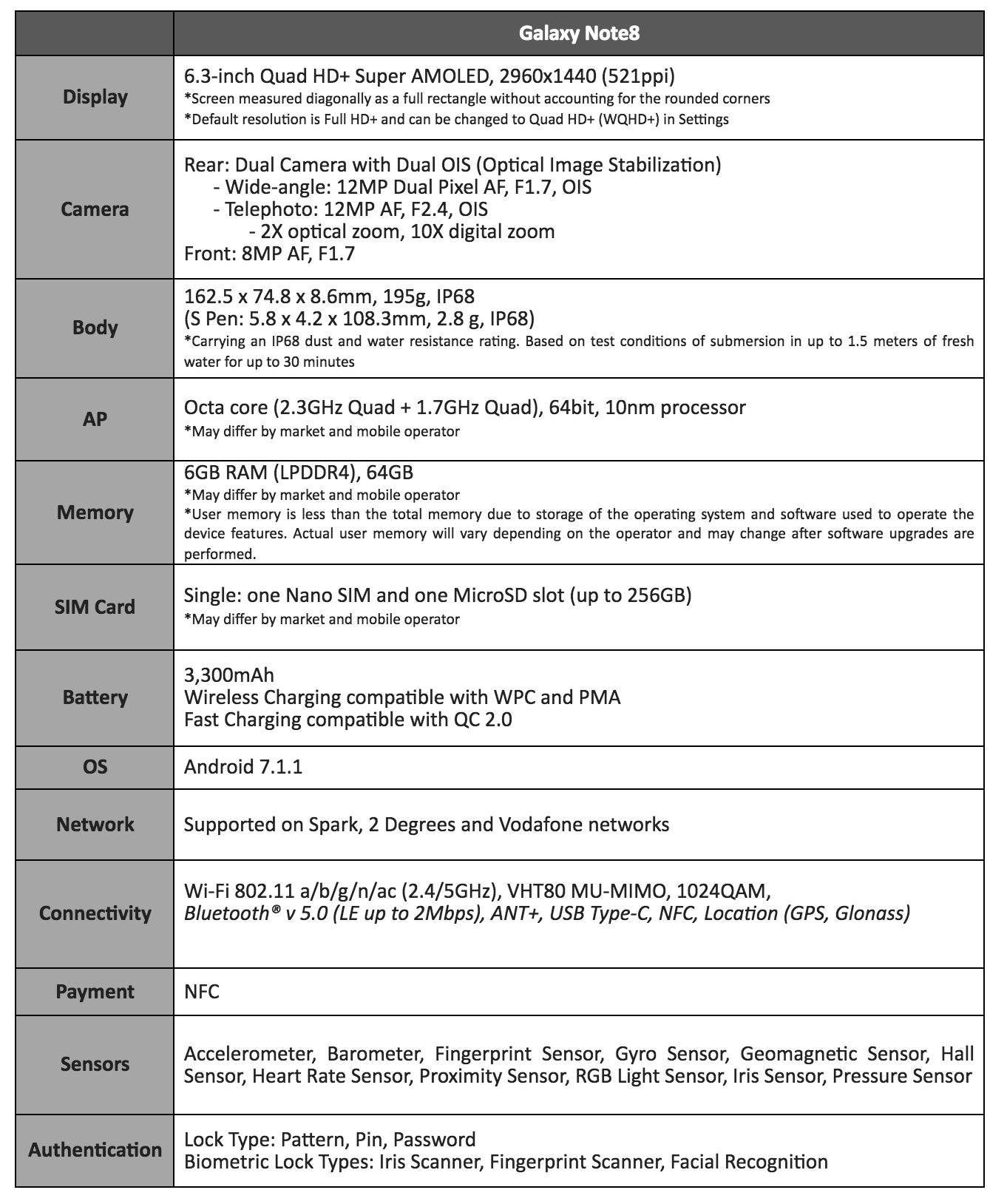 For Full Details or to Pre-Order Visit the OFFICIAL SITE HERE.