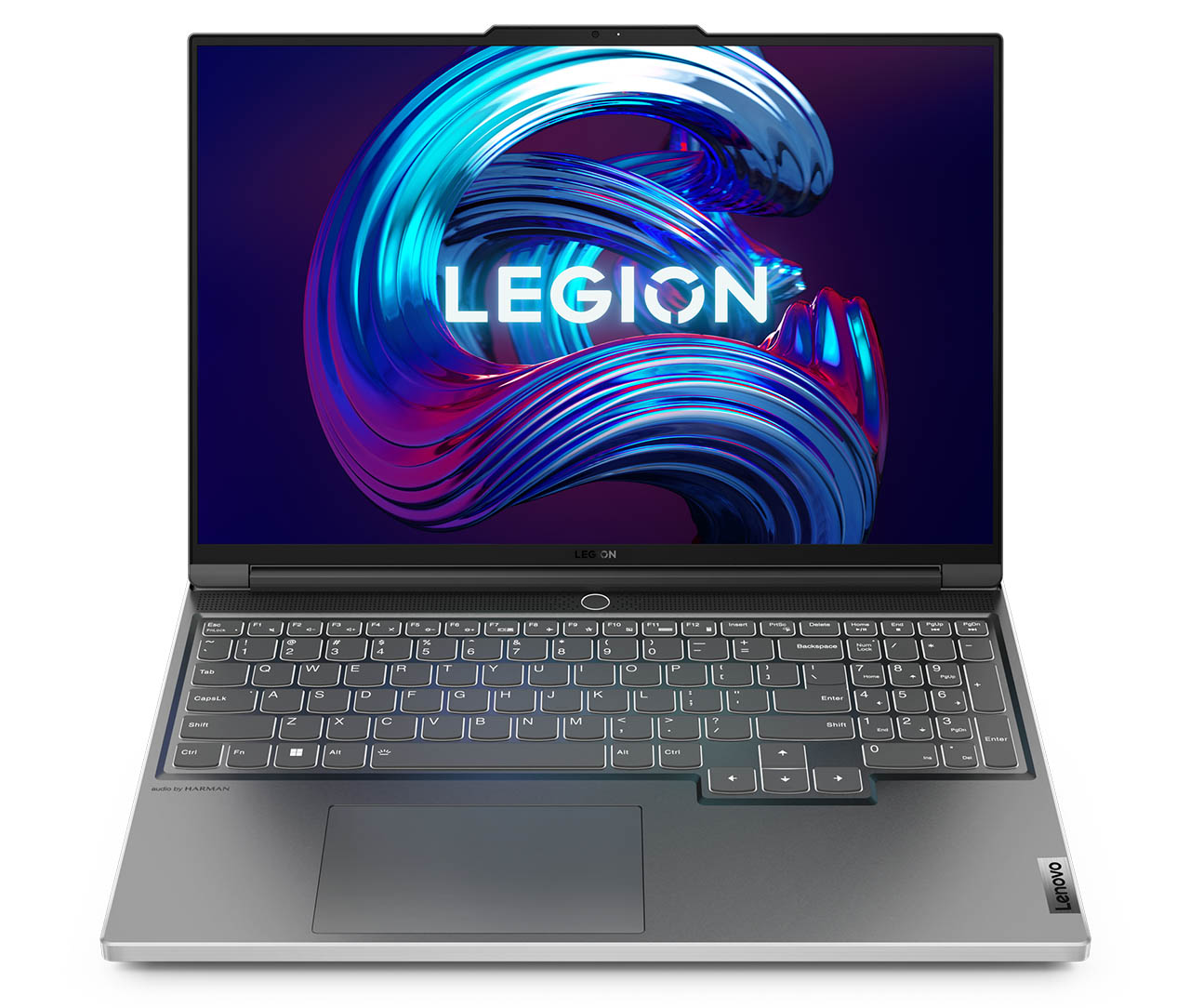 Lenovo has announced its latest generation of stylish and savage gaming laptops; the Lenovo Legion 7i and 7 (16”, 7) portable powerhouses, and the thin and light Lenovo Legion Slim 7 and 7i (16”, 7) laptops.

The new Lenovo Legion 7 series laptops exceed expectations with a number of innovation firsts that adapt to and balance the multi-dimensional needs of modern gamers and professional players. These new devices not only have the world’s largest battery capacity on a 16-inch gaming laptop, they also reign as the world’s first 16-inch gaming laptops with FHD webcams for better streaming, and as the first 16-inch WQXGA (2560×1600) gaming laptops. The Windows 11 laptops’ minimalist design, long battery life, and whisper-quiet artificial intelligence (A.I.) tuned thermals are purpose-built for those who want performance and mobility.

“Lenovo Legion has always occupied a place at the pinnacle of gaming performance, complementing gamers’ personal and professional lives to adapt to wherever they go, whether it’s a tournament stadium, classroom, or boardroom,” said Ouyang Jun, Lenovo’s vice president and general manager of the Consumer Business Segment, Intelligent Devices Group. “More stylish and savage than ever before, Lenovo’s new Legion 7 series laptops are leveling up to push the limits of smarter, high-performance gaming.”

As the world’s most powerful 16-inch gaming laptops, the Lenovo Legion 7i and 7 (16”, 7) are engineered for those who demand the highest performance in their gametime.

The laptops’ sleek, stylish, and understated sports-tuned design features an improved hinge and I/O dashboard. Crafted from aluminum and magnesium aerospace-grade metal into a unibody design, the new Lenovo Legion 7i and 7 laptops have a CNC metal trim that’s subtle and minimalist in its expression of unrestrained power. An environmental RGB system with ambient effects on the keyboard and trim sync up with the content displayed on its screen. 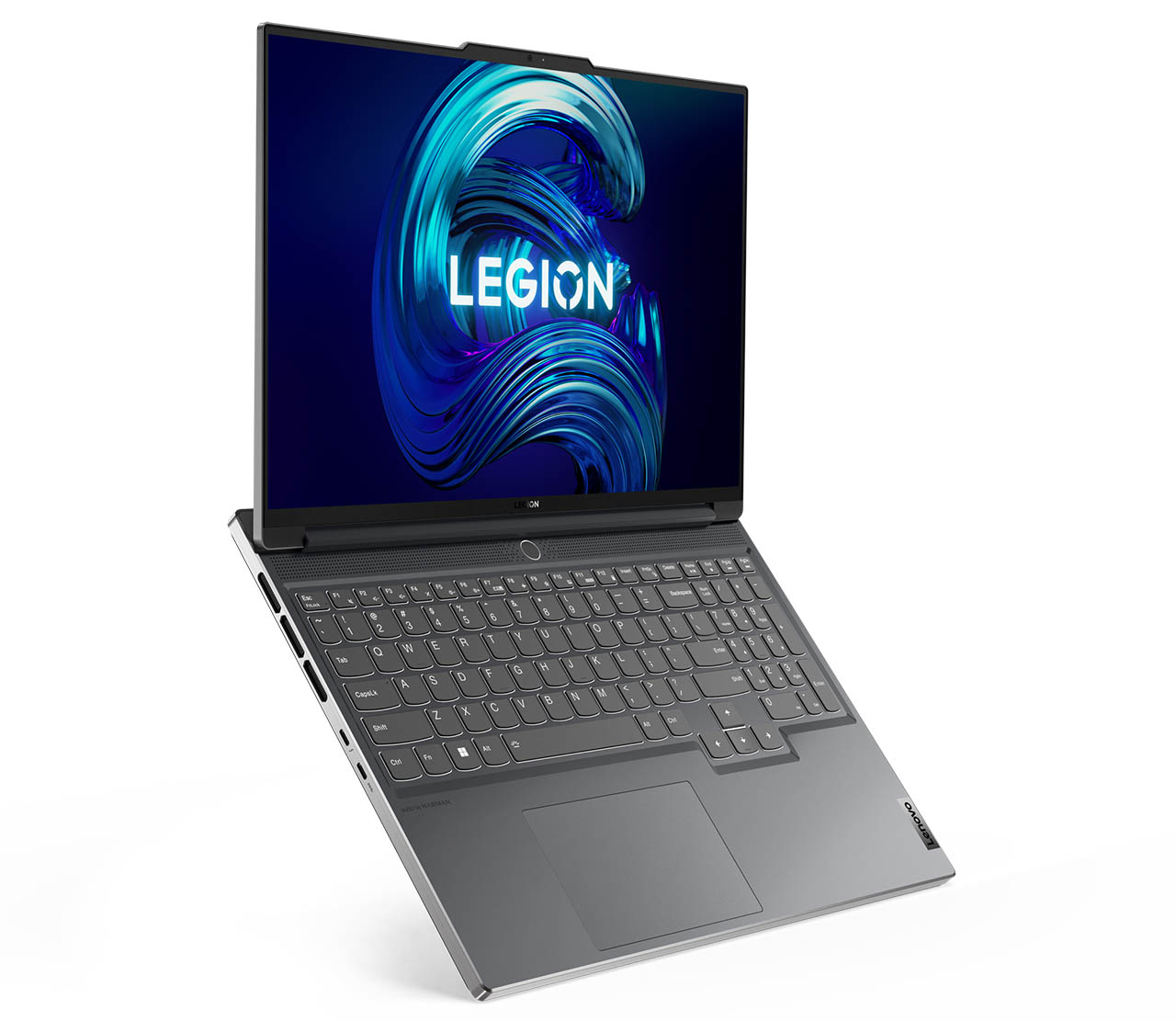 Underneath the laptops’ sleek covers is sheer power.

Now visually thinner-looking than the previous generation at as thin as 19mm (0.75 in), the Lenovo Legion 7i and 7 are engineering feats that pack up to the latest graphics, processors, and storage into a 2.5kg (5.5 lb) chassis. This mighty machine offers serious range too, with a battery of 99.99Whr – the world’s largest battery on a 16-inch gaming laptop – and up to 135Whr USB Type-C fast charging.

This A.I. engine can predict fan curve, and balance GPU and CPU resource output in real time depending on each game to deliver its best performance. Its A.I. calibration can also intelligently boost the Lenovo Legion Coldfront 4.0 thermal system to cool down the GPU and CPU, while the laptop’s vapor chamber technology expands the boundaries of what’s possible in a gaming laptop for desktop-level performance CPUs, with up to 115W of thermal capacity without throttling.

As Lenovo Legion’s thinnest and lightest 16-inch gaming laptop, the new Lenovo Legion Slim 7i and 7 (16”, 7) are engineered for powerful gaming and content creation experiences in a polished and minimalist design. Available in Storm or Onyx grey, the CNC-machined metal trim build is light and svelte at 2kg (4.4 lb) and 16mm (0.63 in), thanks to its aluminum and magnesium aerospace-grade metal unibody casing. The elevated design is suited for virtually any setting, whether in a coffee shop, office or a gaming tournament, while taking up the same overall footprint as a 15-inch laptop.

The new Lenovo Legion Slim 7 laptop series offer greater freedom to roam, while still retaining the power and performance with up to the latest 12th Gen Intel Core H Series or AMD Ryzen 9 6900HX processors. Users will need fewer adapters for the road with the laptops’ improved and dedicated rear I/O dashboard with HDMI 2.1, while enjoying unprecedented range with a massive 99.99Whr capacity battery and up to 135 Whr USB Type-C Fast Charging. 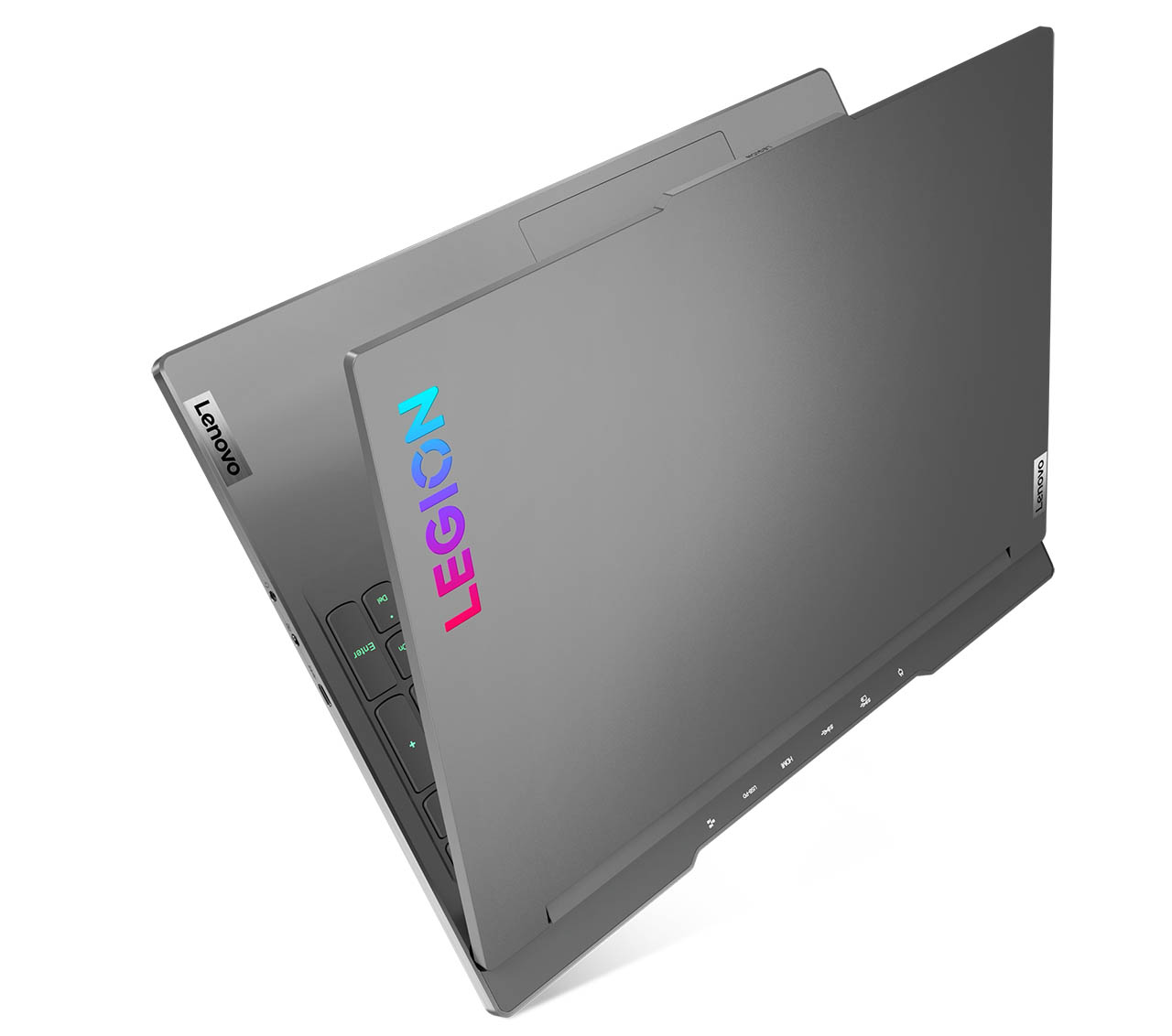 From generation to generation, the Lenovo Legion Slim 7 series have also expanded the active area ratio of its 16-inch WQXGA display from 86 percent to 93 percent with a 16:10 aspect ratio for even more immersive viewing. The Lenovo Legion Slim 7 series are available in three panel options10 at blazing up-to-240Hz variable refresh rates (165Hz standard) and optional Mini-LED.

Underneath the sleek exterior, the Lenovo Legion Slim 7i and 7 are tuned by A.I. in the Lenovo Legion Coldfront 4.0 thermal system and Lenovo Legion A.I. Engine 2.0 to balance GPU and CPU resource output for better performance. The laptops also feature up to NVIDIA GeForce RTX 3070 (up to 100W Boosted TGP) GPU or AMD Radeon RX 6800S mobile graphics, with DDR5 memory and Gen 4 PCIe SSD storage.

Generational improvements to the thermal system include a 29 percent increase in size, 31 percent more liquid crystal polymer fan blades that are also 40 percent thinner, while spinning 100rpm faster thanks to a dual fan system; an additional copper heat pipe dedicated just for the GPU VRAM as well as a coating of phase-change thermal compound to boost heat sink effectiveness.

Lenovo engineers further implemented a sub-key air intake system in the keyboard, with over 1,172 intake vents, where each key features 1.3mm soft-landing switches for faster, more accurate key strikes. Cumulatively, these design and engineering improvements combine to deliver fan noise of under 30 decibels while in Stealth Mode, which roughly matches the voice of a whisper.

Available on all Lenovo Legion PCs is the on-device application designed to take the complexity out of gaming. Lenovo’s Legion Arena is a gaming platform that consolidates all of a user’s owned PC games into one centralised hub, linking to popular platforms and online stores, all from one location for a seamless and efficient gaming experience.