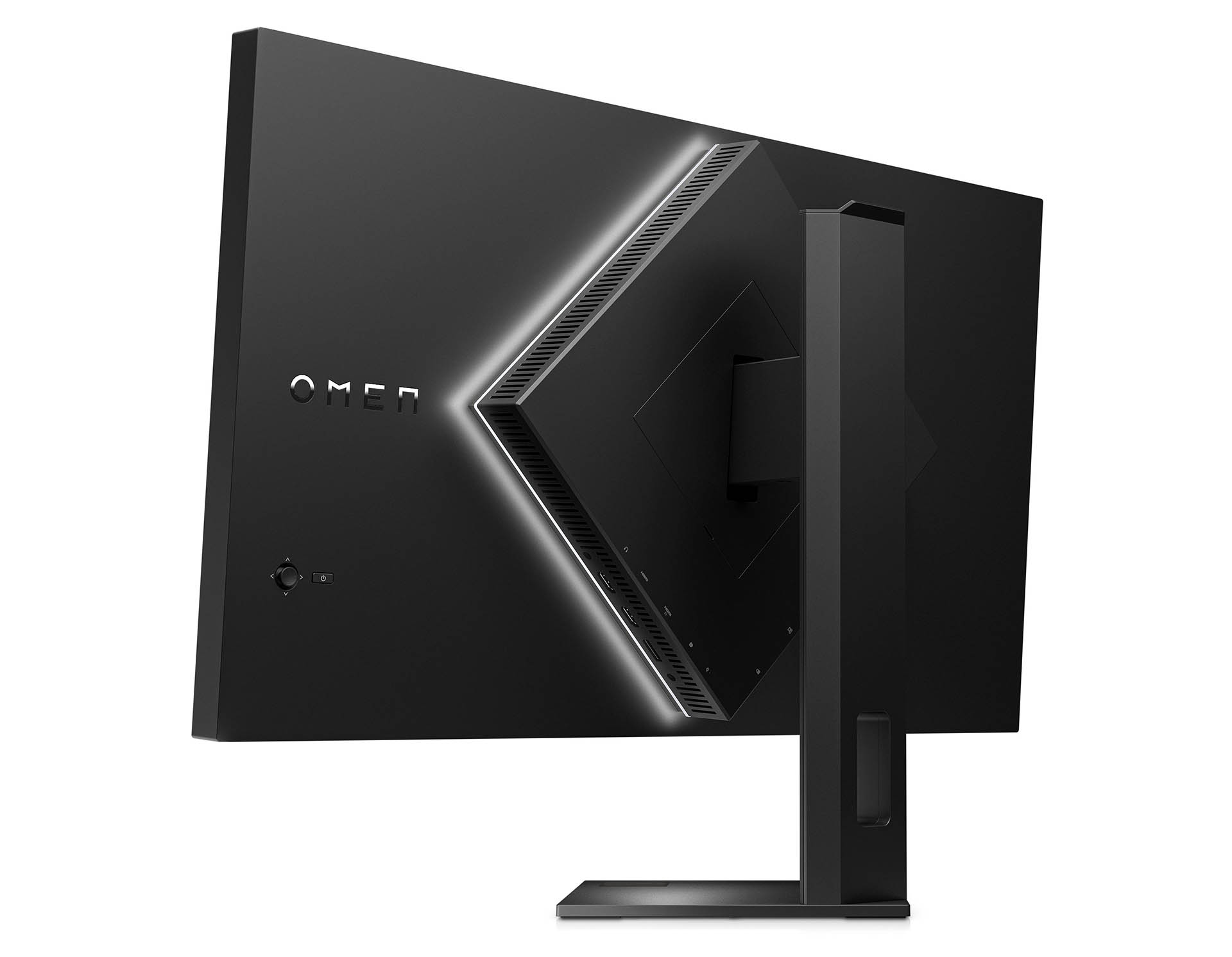 The company also made updates to the OMEN 16 and 17 Laptops.

Women are playing a critical part in the development and progression of this space, making up 60% of all new gamers.

Meanwhile, 30% of new gamers are under 25 years of age in an industry that’s only 36 years removed from the video game crash of 1983-1985, showing that it’s taken firm hold as a generational form of entertainment and social connection being passed down. The social aspect behind gaming is becoming a primary reason to play with 84% of gamers stating they play to connect with others of similar interests, 80% using them to meet new people, and 77% gaming to stay in touch with friends.

Overall, people who play are looking to personalise their experience in and out of game with choice not only on who they play as or with, but what they play on as well.

“With more people playing than ever before, the needs of gamers and gamers themselves have never been more diverse or vocal for products that meet their needs in customisation, and through that, personlisation,” said Josephine Tan, General Manager, Consumer Business Unit, HP Inc. “From our four new desktop towers, to our 4K monitor, each product introduced today was created to meet the immense swath of desires from today’s gamers to stay entertained and connected with one another.” 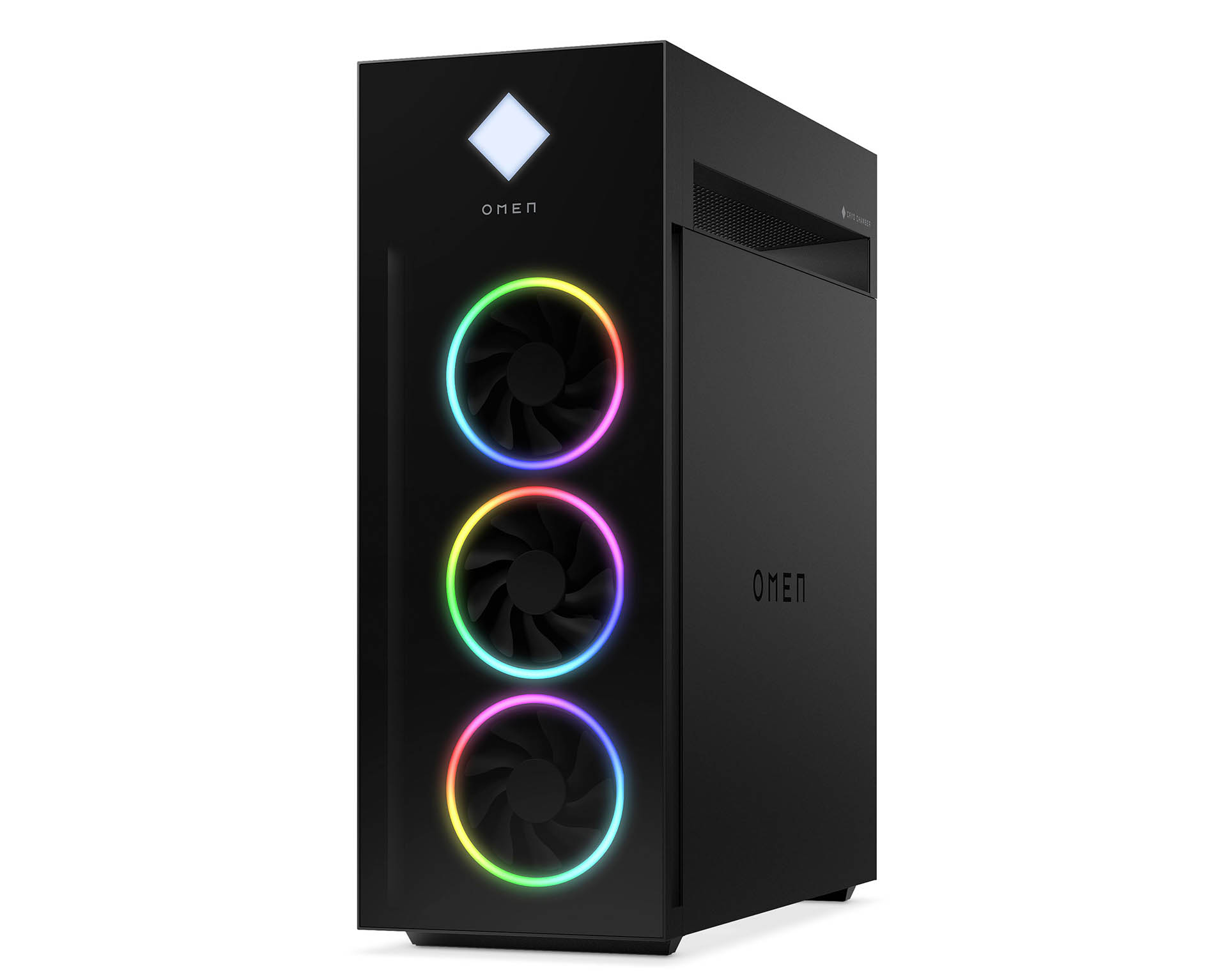 This compartment is situated up to 43mm above the main tower interior and houses up to a 360mm AiO liquid cooler which results in CPU temperatures 6°C lower at full load over an identically spec’d model without this feature.

It works by pulling in colder ambient air from outside the desktop to cool the radiator instead of utilising air within the main interior which actively heated by the CPU, GPU, and other components. For those who opt to go with a more traditional tower design, the recently released OMEN 40L Desktop has all the same configurability as the OMEN 45L Desktop, without the OMEN Cryo Chamber which results in a slightly smaller vertical footprint. 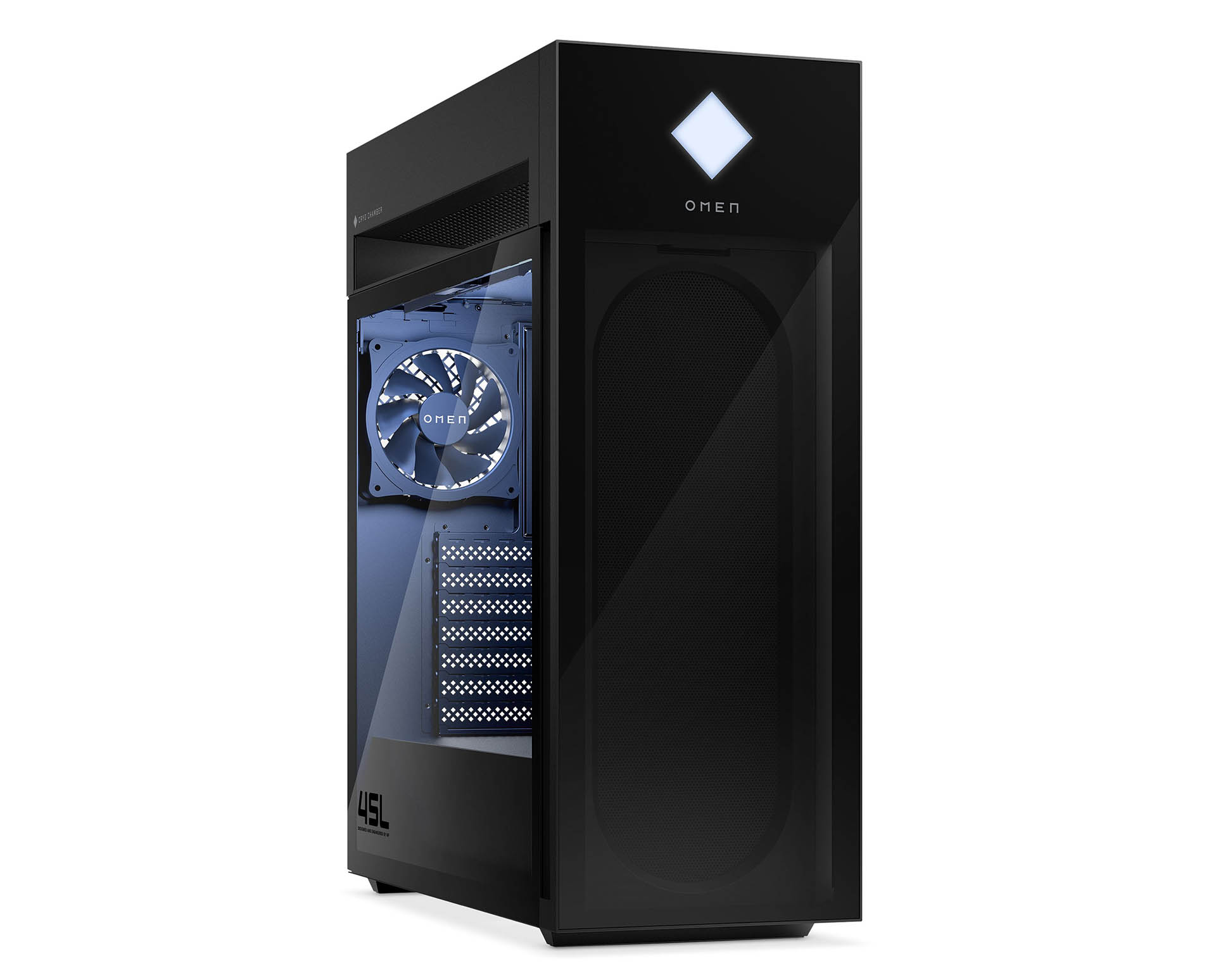 The OMEN Cryo Chamber for the OMEN 45L Desktop can also be used as a handle to easily move the unit around, akin to a certain gaming console from the past.

For enthusiasts who love putting together a computer from the ground up, the OMEN 45L ATX Case – complete with the innovative OMEN Cryo Chamber is available to purchase in the coming weeks.

There’s a clear desire for more out of this segment with DIY making up for 19% of the total PC gaming hardware market opposite of branded systems and peripherals as little as two years ago.

With the reveal of Victus by HP earlier this summer, gamers were introduced to a brand that focuses on helping anyone outplay the ordinary in their gaming adventures. 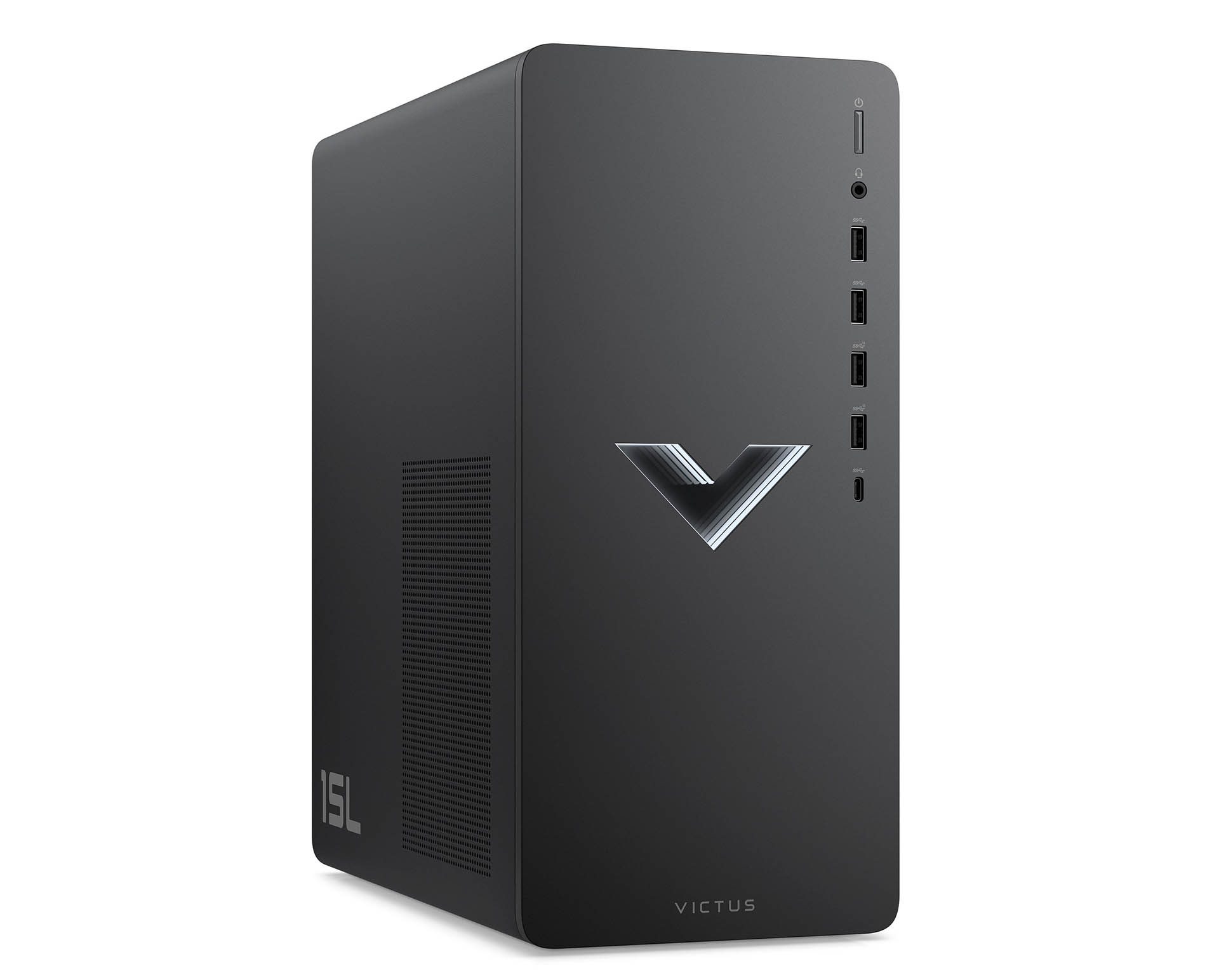 The Victus by HP 15L is the line’s first desktop and features a compact design with two colour options in Mica Silver and Ceramic White, along with the introduction of the eye-catching, customisable RGB “infinity mirror” logo that’s sure to make anyone stop and gaze.

Complete with stellar internal power with up to NVIDIA GeForce RTX 3060 Ti or up to AMD Radeon RX 6600 XT graphics along with new 12th Gen Intel Core  i7 CPUs, or up to the latest AMD Ryzen 5000 G-series processors and up to 32GB of DDR4 RAM, players won’t skip a beat.

Victus by HP 15L utilises a sustainably focused design including post-consumer recycled plastic in the bezel, water-based paint, along with being Energy Star certified and EPEAT Silver Registered 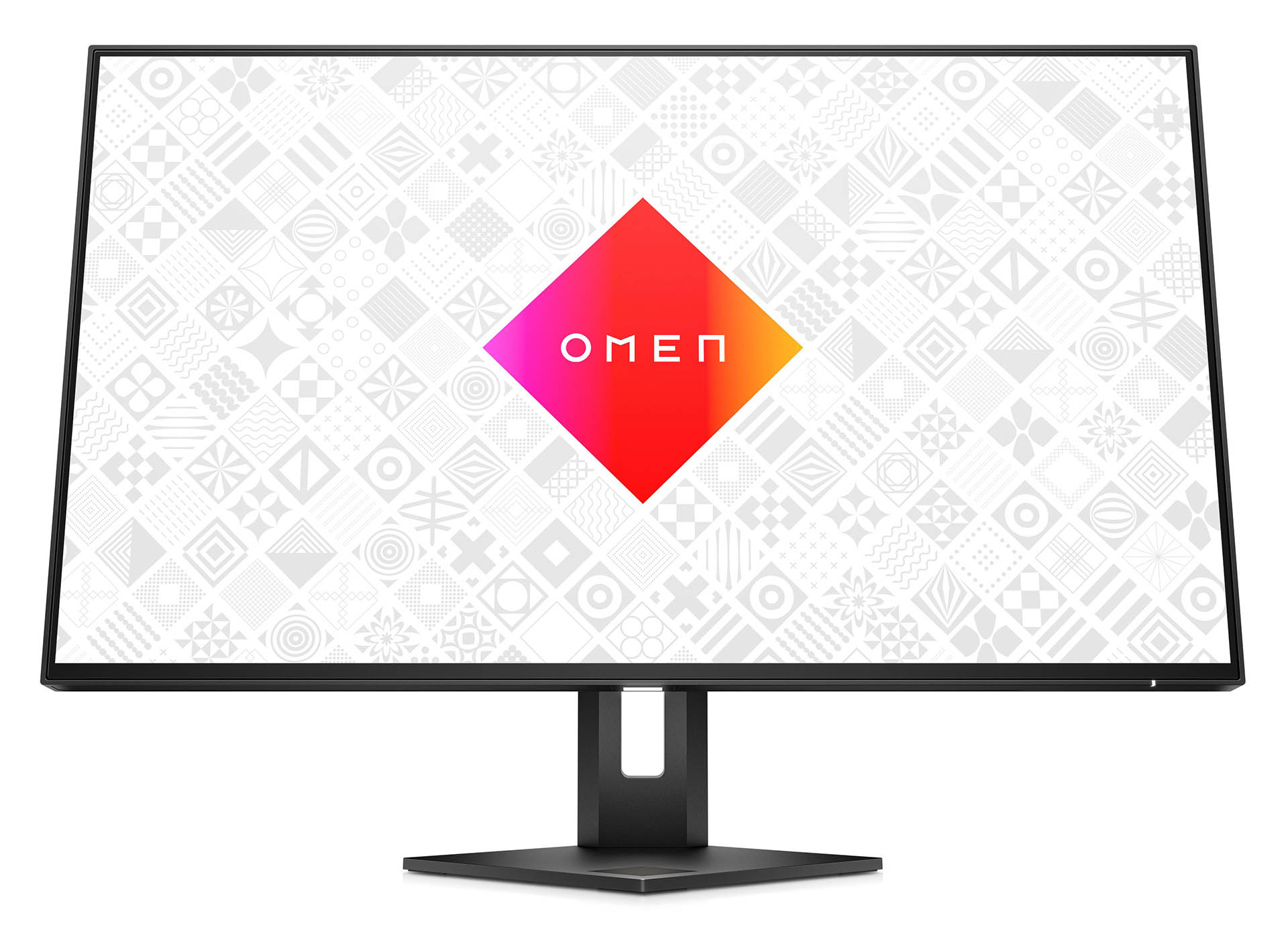 The 4K gaming market is rapidly expanding with year over year growth of 257% in the USA, 237% in APJ, and 185% in EMEA, while 6 out of 10 gamers check if their monitor would be compatible with their console during the purchasing process. With 47% of all gaming monitors projected to be 144Hz in 2021, this monitor delivers on the growing standard with a 1ms refresh rate, all while rocking the beauty that comes with 4K UHD gaming.

Extended features and details include:

OMEN diamond shaped ARGB lighting on the rear adds spectacular ambiance to any setup and comes with customisable animations and themes that can sync your entire ecosystem via OMEN Light Studio.

Both OMEN 16 and 17 Laptops are receiving major upgrades in the coming month with the addition of NVIDIA RTX 3070 Ti GPUs and in the case of the OMEN 17, an option for NVIDIA RTX 3080 Ti.

Additionally, the laptops are being upgraded to the latest 12th gen Intel Core Alder Lake processors.