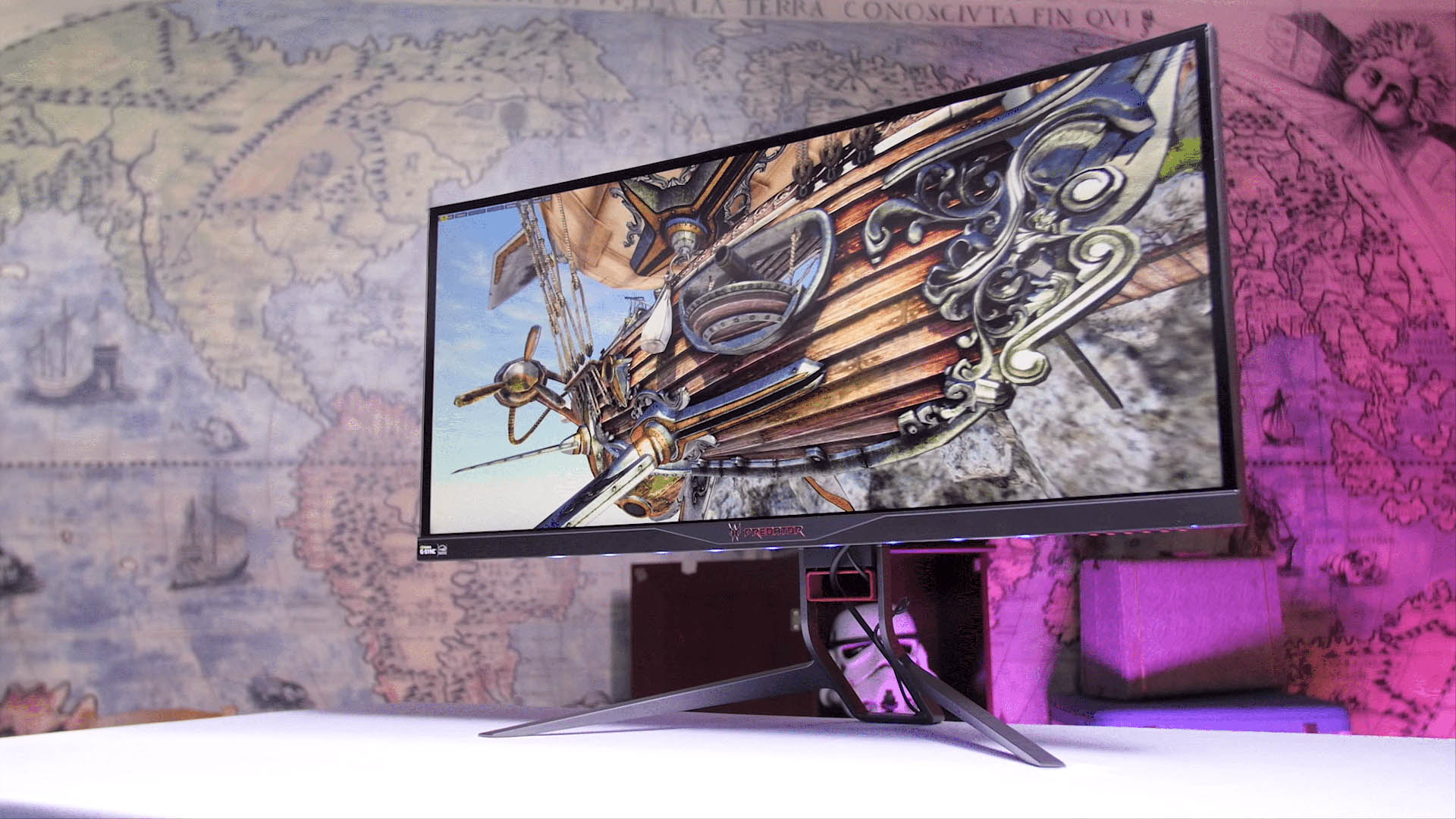 Acer at CES 2022 unveiled its refreshed Predator Orion 5000 series gaming desktops, designed for gamers who require supreme performance and the ability to upgrade down the road.

The Predator Orion 5000 combines up to the latest 12th Gen Intel Core i7 processor (on an Intel H670 chipset) with a NVIDIA GeForce RTX 3080 GPU in order to deliver high frame rates and incredible gaming experiences, even in the most graphically-demanding games.

Alongside Windows 11, 64GB of 4,000MHz DDR5RAM and up to 2 TB of M.2 PCIe 4.0 SSDs, ARGB-infused Predator FrostBlade 2.0 fans support these powerful internals, keeping the system cool. This generation of fans utilize a static pressure design to optimize airflow, while sealed rifle bearings and a new arc-shaped design along the ends of the fans’ fins reduce vibration and noise. 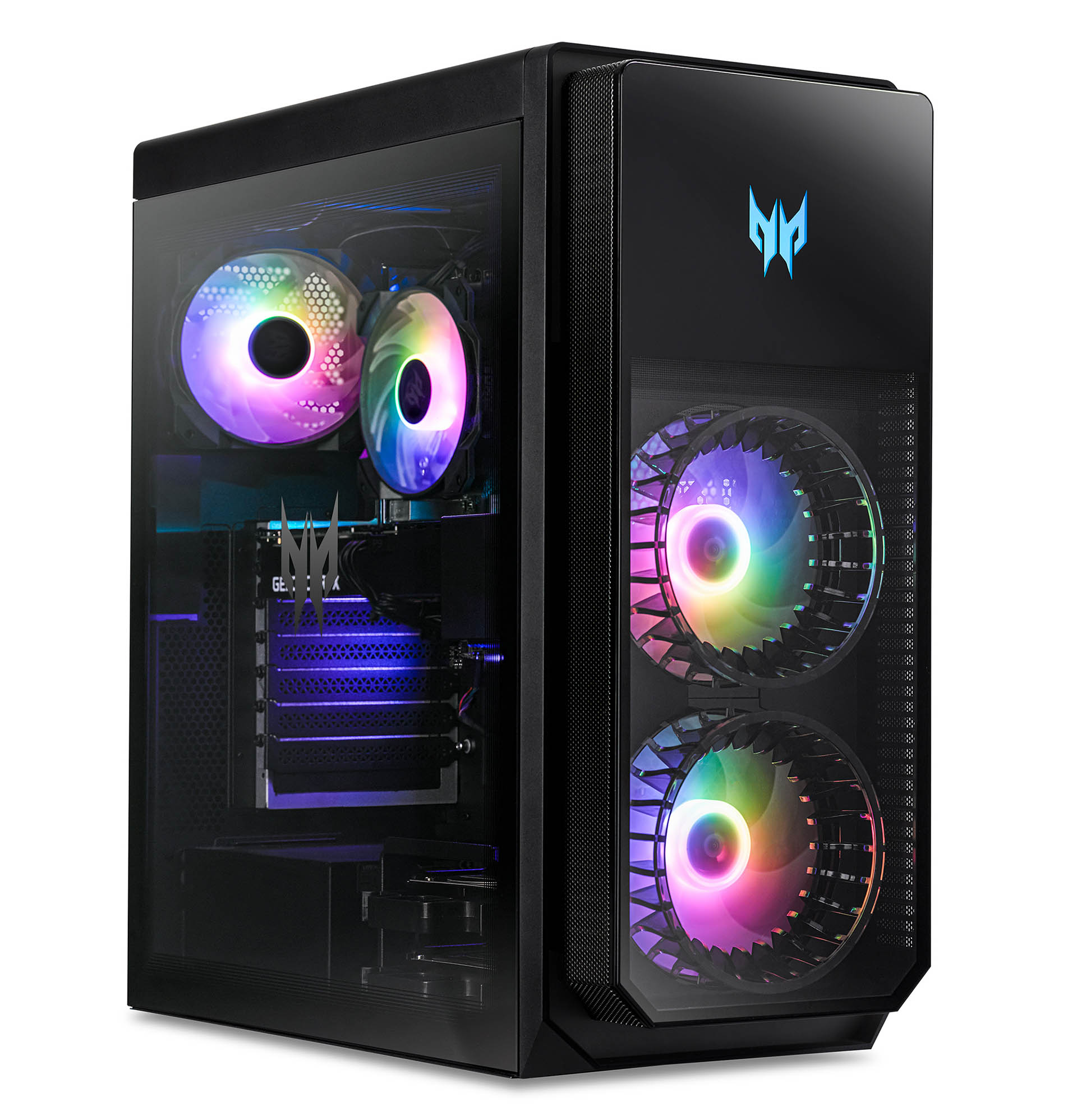 Housed within an obsidian-hued chassis made of darkened glass and metal mesh, all this bleeding-edge hardware and ARGB flair show through a transparent side panel, the panel is also EMI-compliant, serving to protect users and their peripherals from potential electromagnetic interference.

DIY enthusiasts will appreciate the chassis’ tool-less design that allows for easy access to the computer’s internals, such as to upgrade the CPUs’ air cooler to up to a 240 mm liquid cooler and also its flexible configuration options that maximize future upgradability.

Four USB ports (3x Type-A and 1x Type-C) and audio-jacks conveniently positioned on top of the chassis allow for ease of access, while several more on the back of the tower keep infrequently-moved cables out of sight.

With up to a 12thGen Intel Core i7 processor (on an Intel B660 chipset)and up to a NVIDIA GeForce RTX 3070 GPU, the Predator Orion 3000series is designed for gamers seeking the best experience that a mid-tower rig can deliver: gamers who want to max settings in their favorite titles and dive into streaming or video editing with little to no impact on performance.

Up to 64GB of 3,200MHz DDR4 memory and 2TB of PCIe NVMe SSD storage tops the hardware off to increase responsiveness and load times, all supporting lightning-fast gaming action. Just in case 2 TB of SSD storage isn’t quite enough, 6 TB of SATA3 HDD storage is also included. 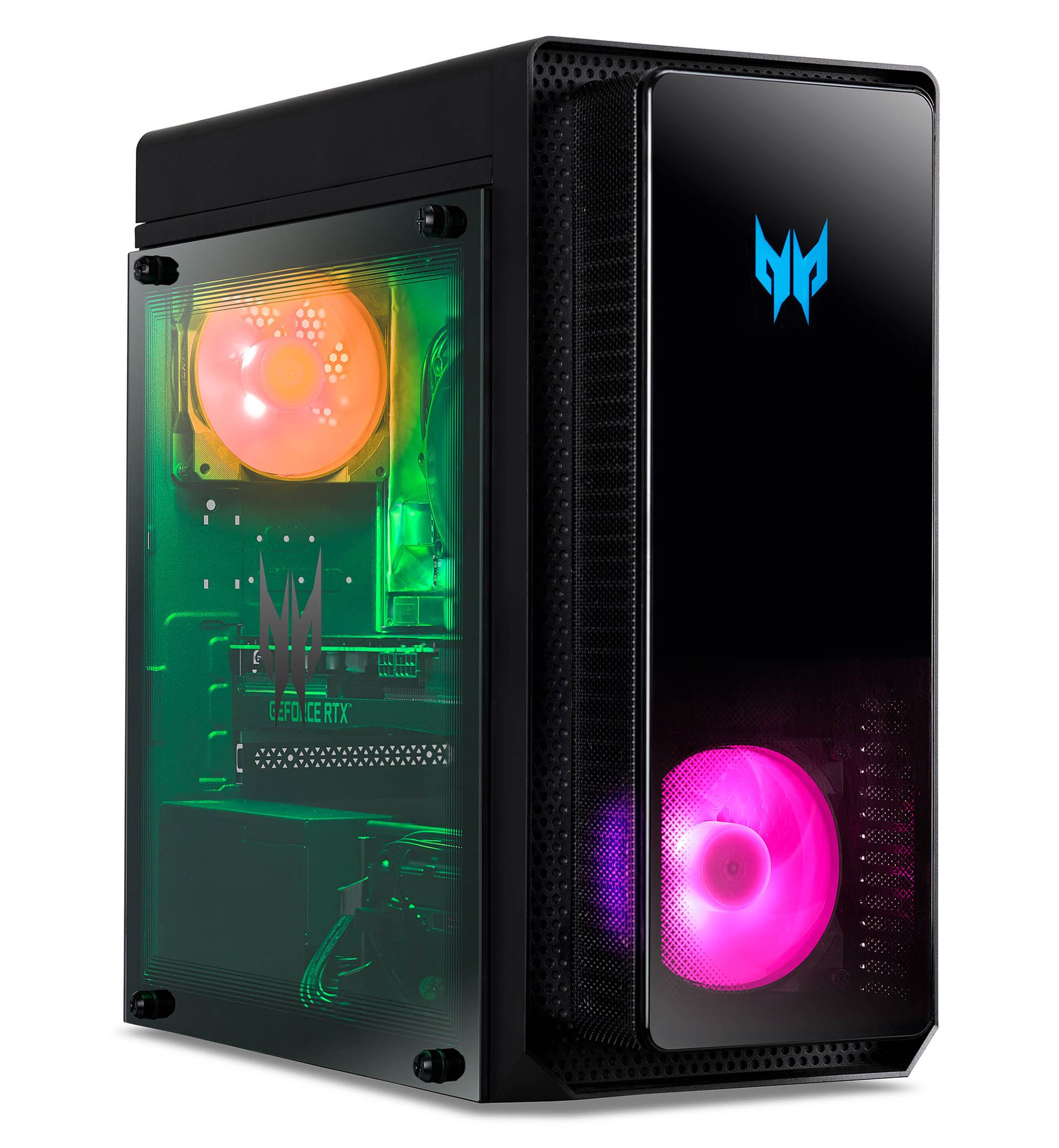 The Predator Orion 3000 Series features the same attractive design as the Orion 5000, wreathed in darkened glass, plastic, metal and mesh, with an optional transparent EMI-compliant side panel.

Additionally, the hub of the front and rear fans has RGB LEDs built directly on to them, the lighting of which can be controlled via the Predator Sense software.

The Predator Orion 3000 comes with Windows 11out of the box.

The new Predator X32 and X32FP gaming monitors have been carefully engineered to balance the performance gamers expect with the visual brilliance creators need. 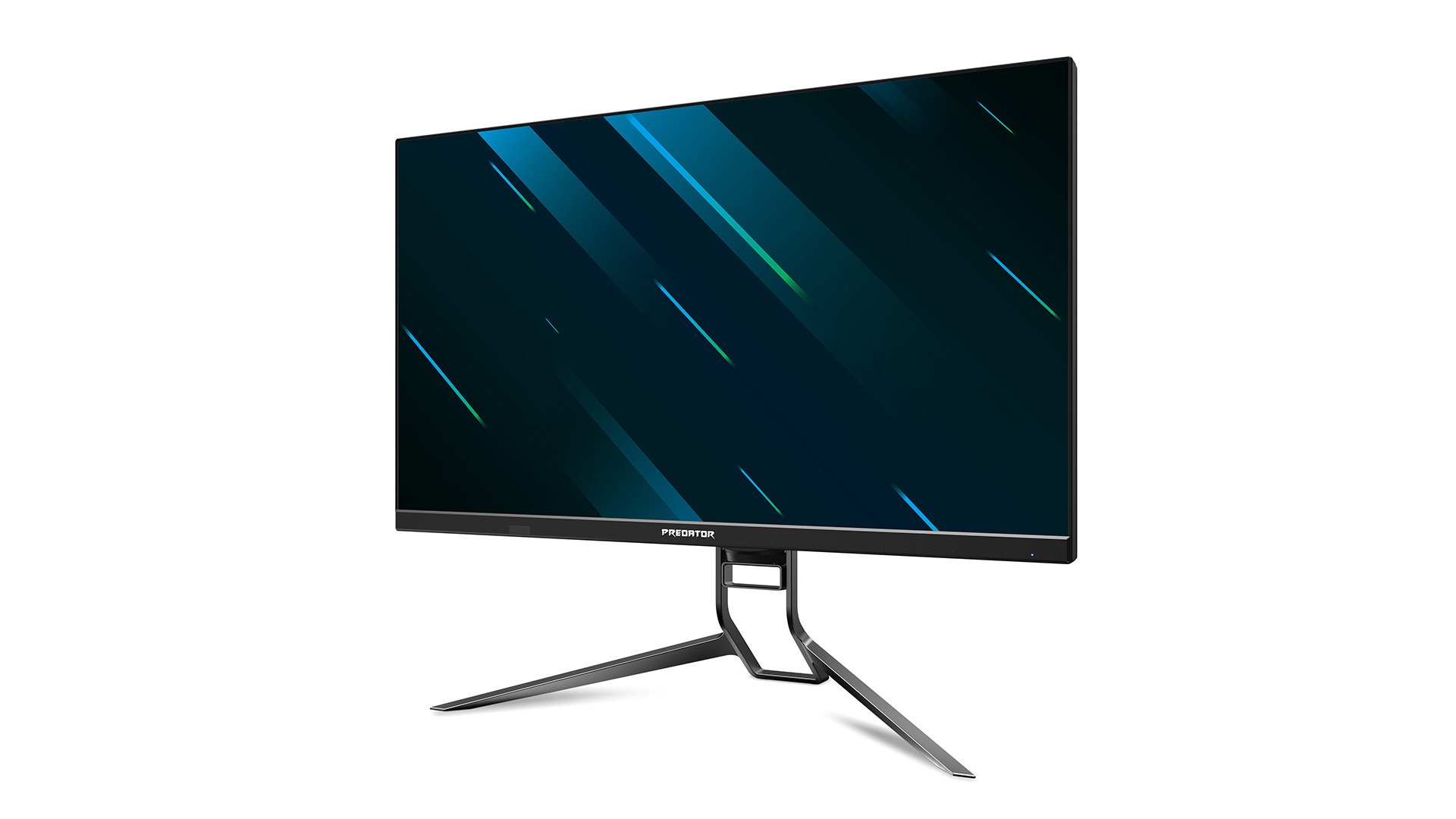 As a result, they deliver stunningly clear and fluid visuals that are essential for tracking objects as they zip across the screen.

The Predator X32 FP comes with an HDMI 2.1 port, meaning that players can enjoy 4K gaming not only on PC but also on console.

Big enough to be a TV replacement, the Predator CG48 gaming monitor offers players 48 inches of pure 4K glory, even at refresh rates of 138 Hz.

HDMI 2.1 and DisplayPort 1.4 mean that players can enjoy a next-level gaming experience even on consoles, while four USB 3.2 ports and a USB Type-C port offer more than enough room to host any extra peripherals desired. 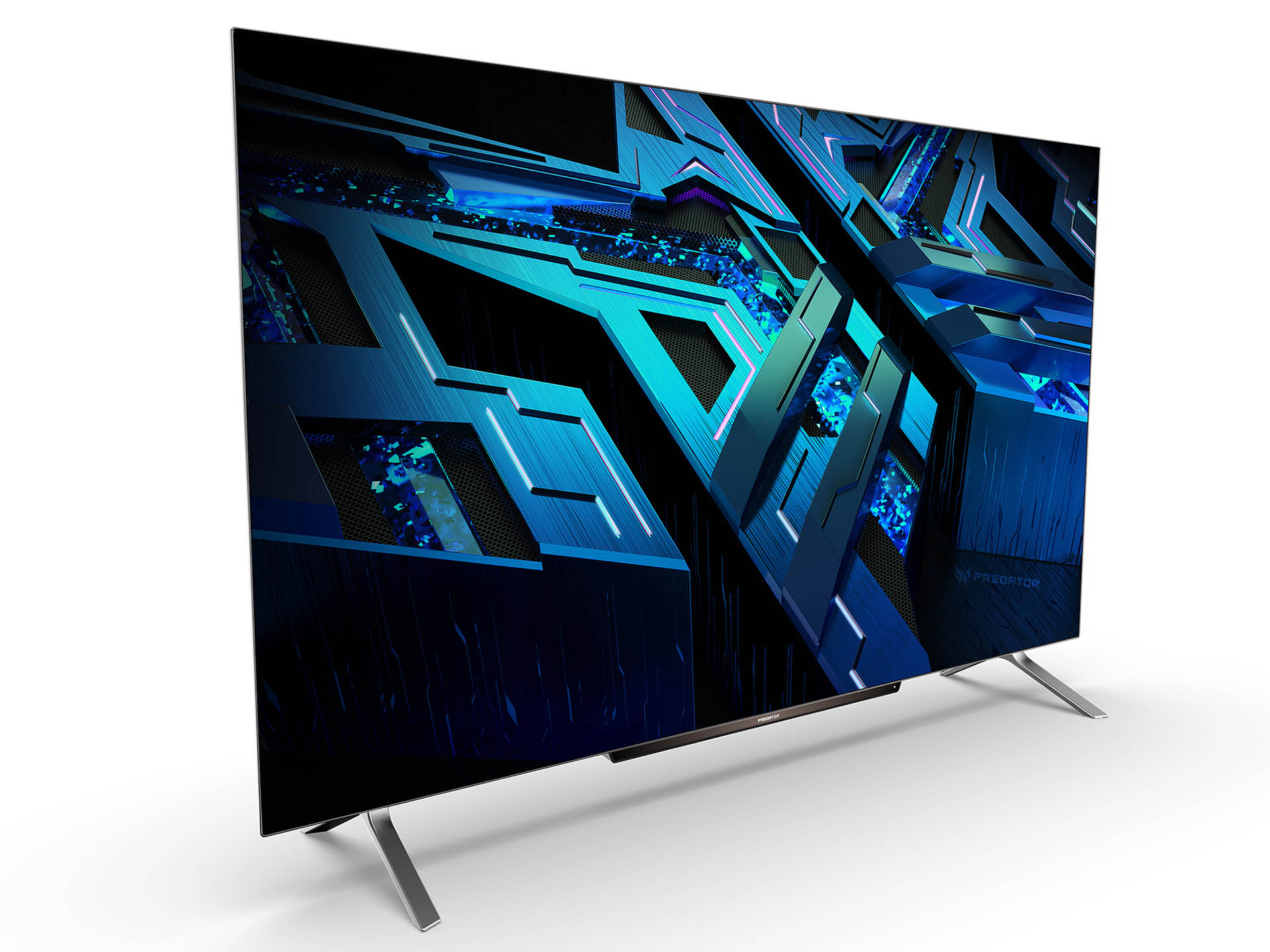 From there, AMD FreeSync Premium Pro technology and up to a0.1ms response time (G-to-G) allow for some of the fastest 4K gaming possible.

The Predator CG48’s OLED display leverages a 135K:1 contrast ratio, HDR10 and 98% coverage of the DCI-P3 color gamut in order to offer one of the most stunning visual experiences currently possible. OLED monitors are capable of turning off individual pixels, allowing for true blacks to be replicated.

They also do not require backlighting, increasing the overall efficiency of the monitors.