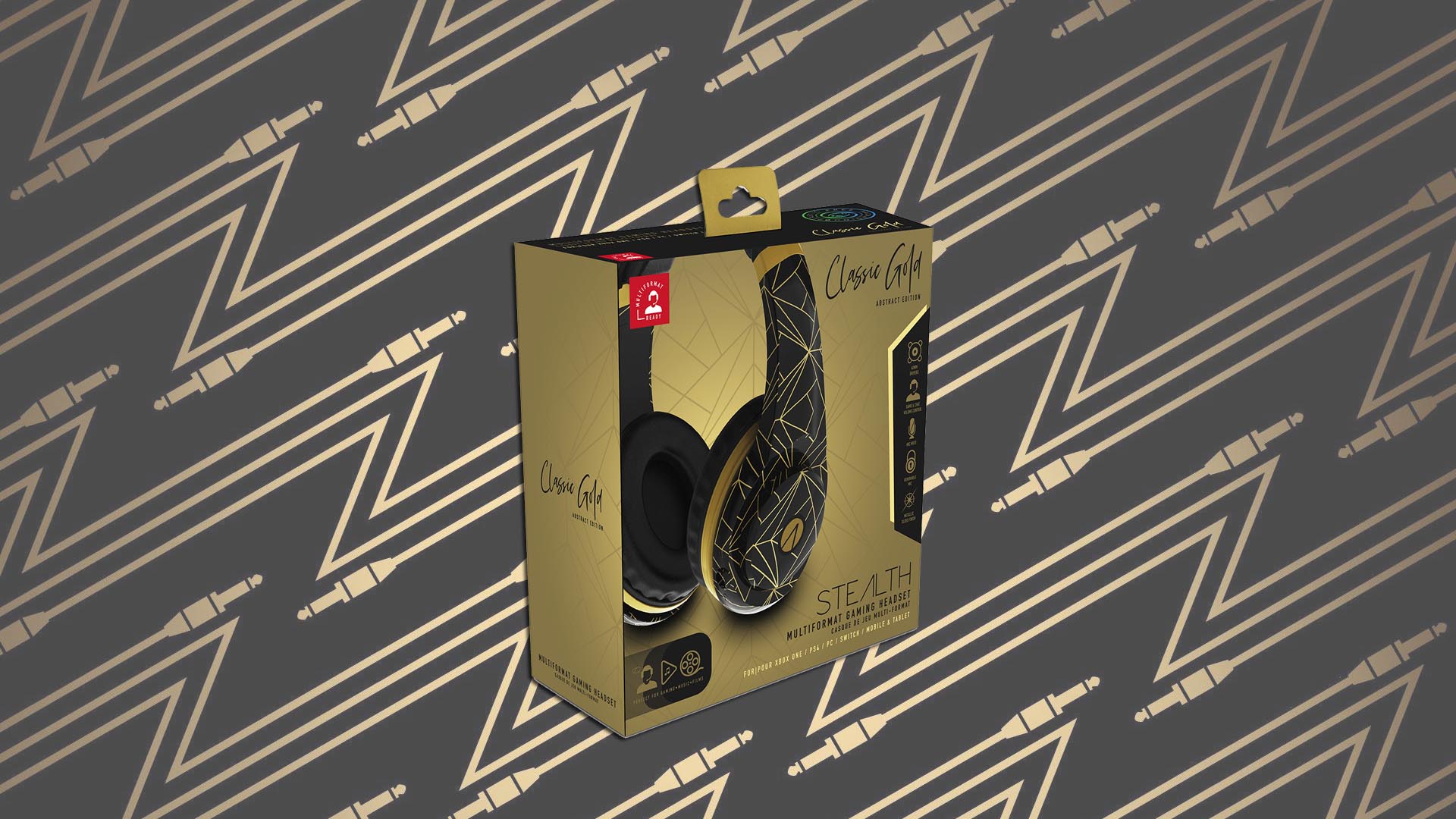 Stealth’s Classic Gold multiformat headset is a no-nonsense audio solution that you can use across your consoles, PC and your phone, if it still has a headset socket.

The Stealth Classic Gold comes in plastic-free packaging, something that’s good to see. Our gaming hobby isn’t really known for its tiny carbon footprint. This is a good start.

The box contains the headset, a detachable mic, and a little card pointing you in the direction of the downloadable manual. All you need, really.

The removable flexible mic clicks into place by inserting and twisting to lock. It’s not going anywhere when locked into the headset. The end of the mic does look a bit plasticky, with quite a visible seam. The mic being removable is a great feature if you just want to listen to music on the way into work without looking like an escapee from a call centre. 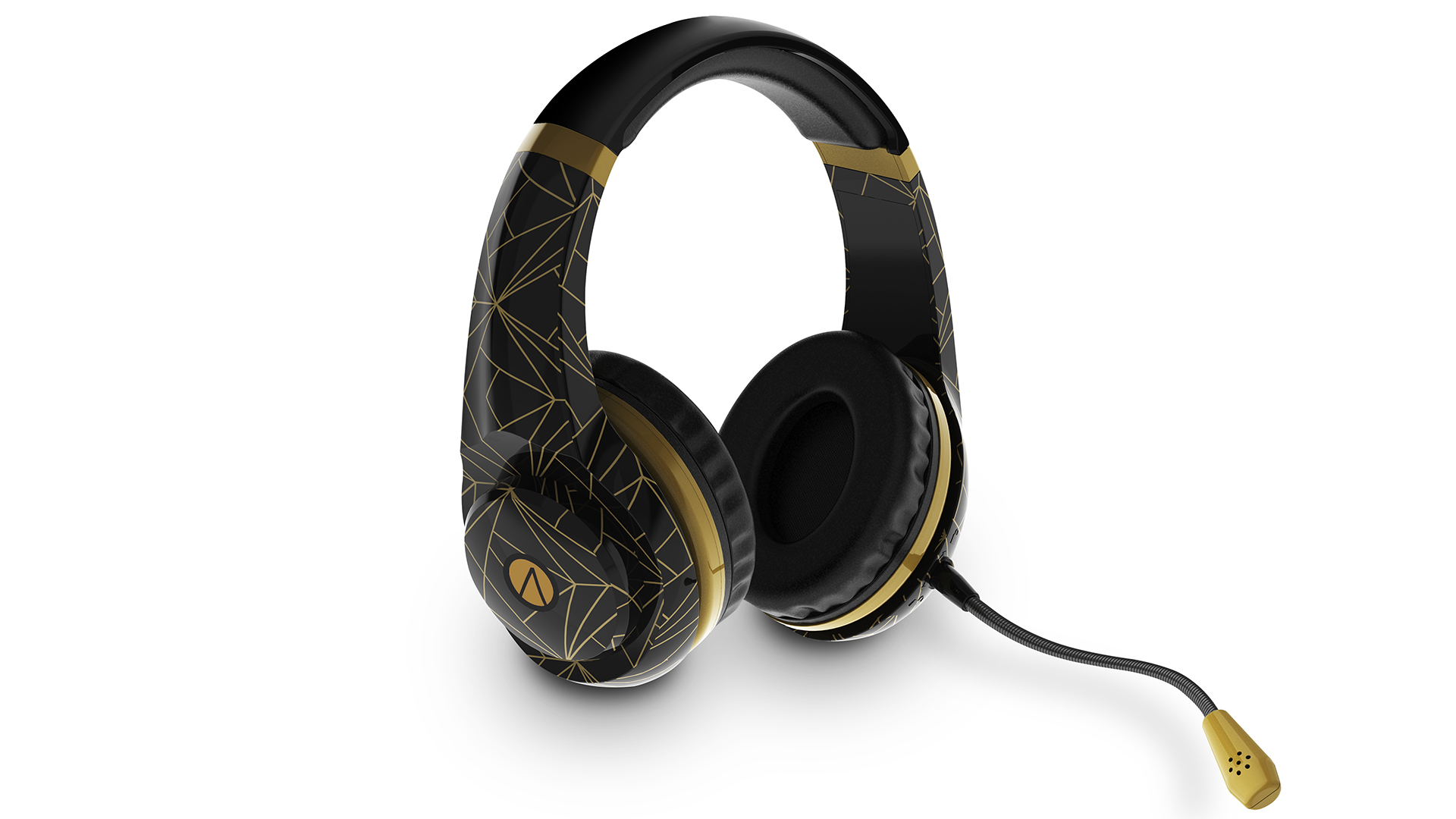 The standard headphone jack plugs straight into newer Xbox One controllers (older Xbox One owners will need an audio adapter), PS4 Controllers and the Nintendo Switch. The lack of a USB adapter means that unless your PC is within the reach of the meter or so of cable attached to the headset, you a going to have problem. Saying that it worked fine with my Razer USB adapter.

The build quality is about right for the cost of the device. It’s in no way cheaply constructed, but the plastic connecting the two earpieces does twist a bit. Whilst it feels like you could snap it, I twisted it quite a bit and it was OK.

The headset is a neat fit and quite light, making it very comfortable even after an expended game session. The cushions are a little smaller that I’m used to. I found that, in a noisy household, they didn’t block out as much of the background noise that I’d have liked them to. 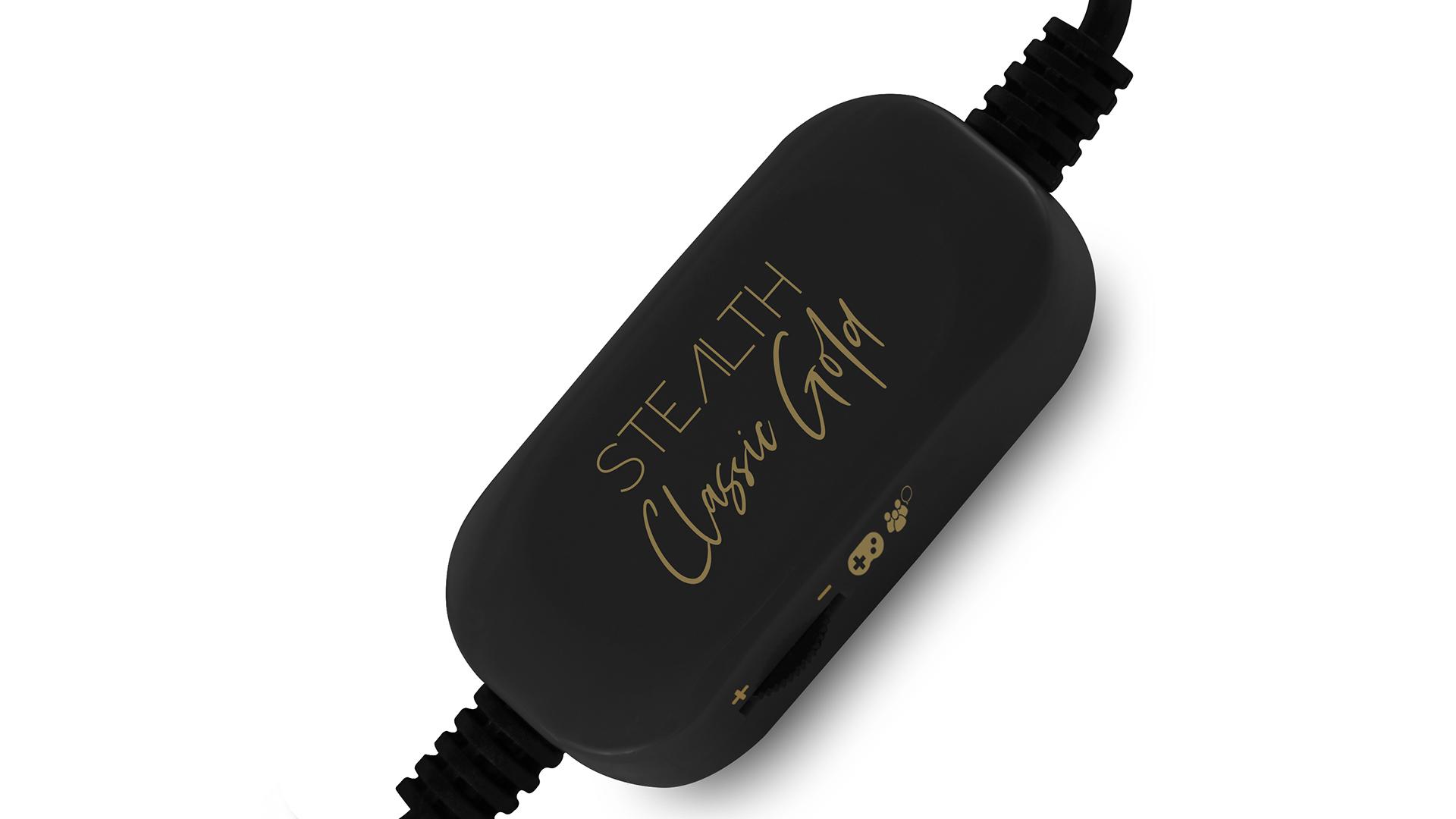 The audio is crisp and clear with a good range. I could easily make out the quietest sounds without load noises perforating my eardrums. The mic picked up my voice with no trouble, and, once I’d adjusted its position, it didn’t pick up my breathing.

There’s an inline game / chat volume control with mic mute switch located half way along the cable. I didn’t have a problem with this, but did wonder why they didn’t put this very convenient feature a bit closer to the actual headset.

The Stealth Classic Gold Gaming Headset looks good with it’s metallic gold finish and funky-looking pattern on the plastic black parts. It feels a bit more fragile than it is, but still you wouldn’t want to drop in on a hard surface.

Considering that you can pick-up a Stealth Classic Gold Abstract Edition Multiformat Gaming Headset for AU / NZ$45, it represents excellent value-for- money for gamers on a budget and audio enthusiasts, alike.