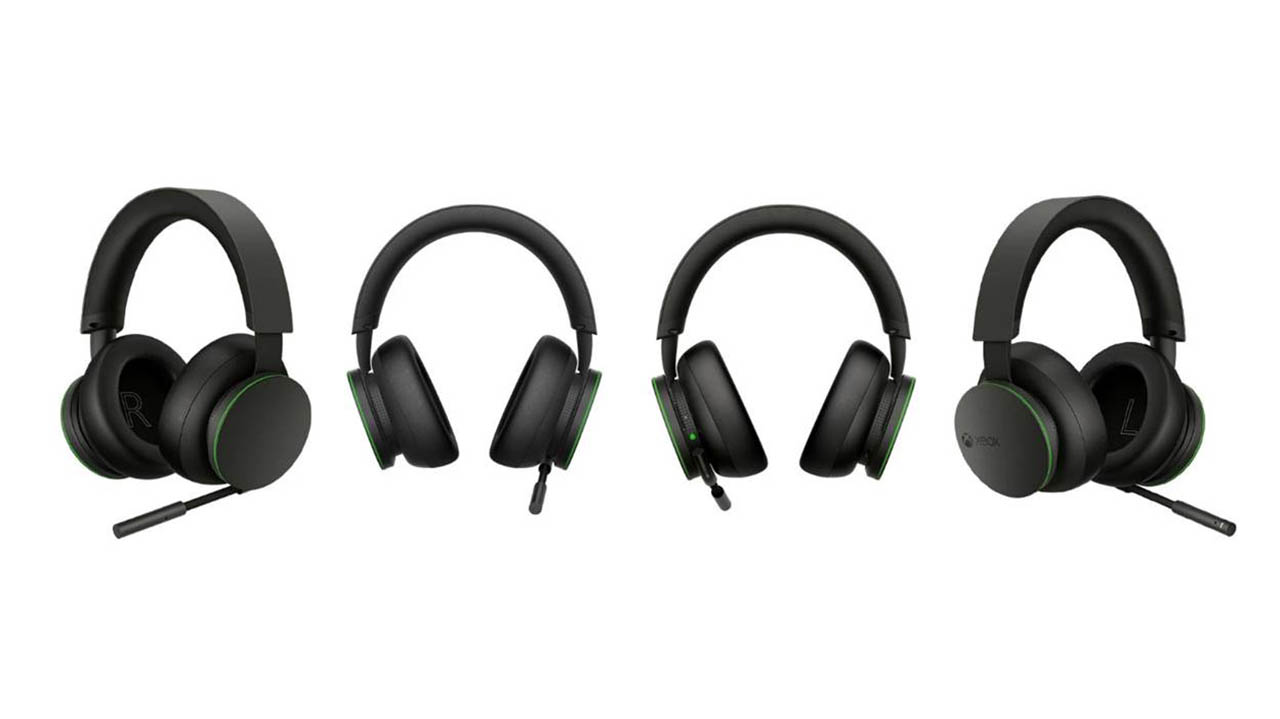 When the Xbox team were designing Xbox Series X|S, they wanted to ensure that games feel true-to-life, load incredibly fast, and sound as if you were dropped in the middle of the action.

They embraced spatial sound processing by including custom audio hardware to offload audio processing from the CPU, dramatically improving the accessibility, quality, and performance of these experiences.

Having a high-quality set of headphones at an affordable price for your new console or existing Xbox One will help you feel immersed, react faster to the action, and connect further with your gaming worlds.

With each new generation of our Xbox accessories, they’ve raised the bar for innovation by focusing on performance, stand-out features, quality, and accessibility to deliver immersive experiences across console, PC, and mobile devices. The team are excited to build on this legacy with the latest accessory to join the family: the new Xbox Wireless Headset.

The Xbox Wireless Headset delivers best-in-class audio and chat performance, outstanding design and comfort, and unique experiences that are tailored for each gamer. They are also looking forward to bringing more value to the headset category with innovations not previously found in this price range. The Xbox team chatted with a host of folks from the audio engineering and design teams to learn more about what the new Xbox Wireless Headset will deliver. 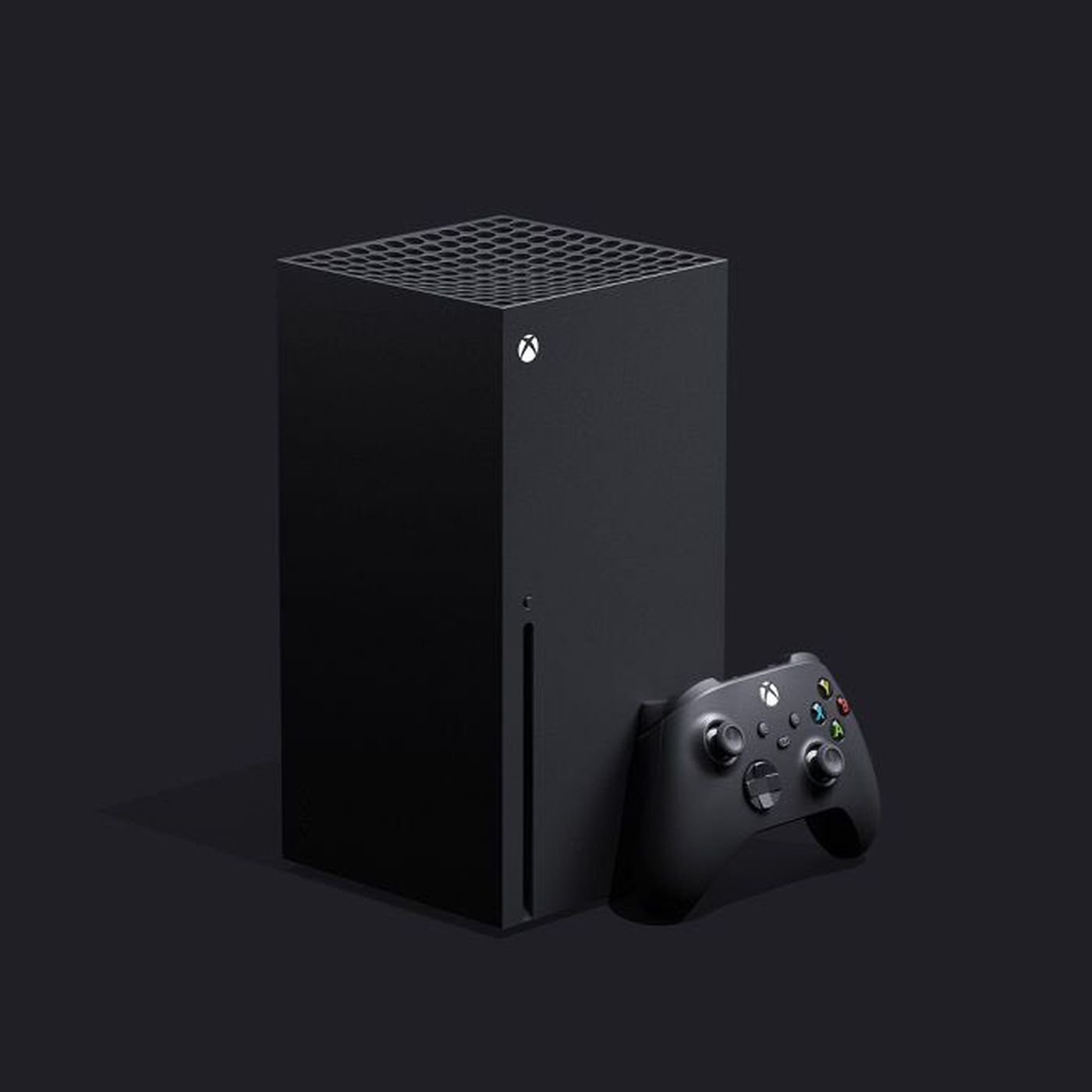 The team spent countless hours studying what makes for a great audio experience, and because the team is familiar with the technology behind the Xbox Wireless protocol, they were able to introduce a fine-tuned and configurable auditory experience like no Xbox headset before. With the Xbox Wireless Headset, you can play loud and clear through low latency, lossless audio for exceptional sound quality.

The headset supports industry-leading spatial sound technologies including Windows Sonic, Dolby Atmos, and DTS Headphone: X for realism and audio precision that fully surrounds you. You’ll have the advantage by being able to hear all the subtle, yet critical sounds (like enemy footsteps sneaking up on you) that elevate great gamers above the rest.

“We spent a lot of time in the audio testing chambers trying to characterize and understand how the headset reproduces audio in different room environments. It goes in your living room, game room, and dorm room and we want it to sound the best for all types of audio.” said Erik Garcia, Project Architect and Lead. “In the same way, the team studied gameplay to ensure great sounding chat with a sensitive mic to prevent background noise.”

Additionally, voice isolation tuning helps the mic pick up your voice rather than background ambient noise.

When you aren’t talking, the auto-mute feature automatically mutes your microphone (this can be toggled on or off), so you keep comms channels clear, while the manual mute button gives you privacy when you need it. There’s a lot of attention to detail to be found on the new headset, and the mic is no exception. The team added a light indicator that turns on when the mic is active, so that you always know when your voice is being picked up.

The team put a lot of energy into finding the right feel. The Xbox Wireless Headset is engineered for maximum comfort during extended gaming sessions with a lightweight design, ultra-soft large earcups made of polyurethane leather that distribute pressure evenly over the ears. It also features an adjustable headband with a thick cushion that easily fits wide-ranging head sizes and spreads pressure more evenly around the top of the head. 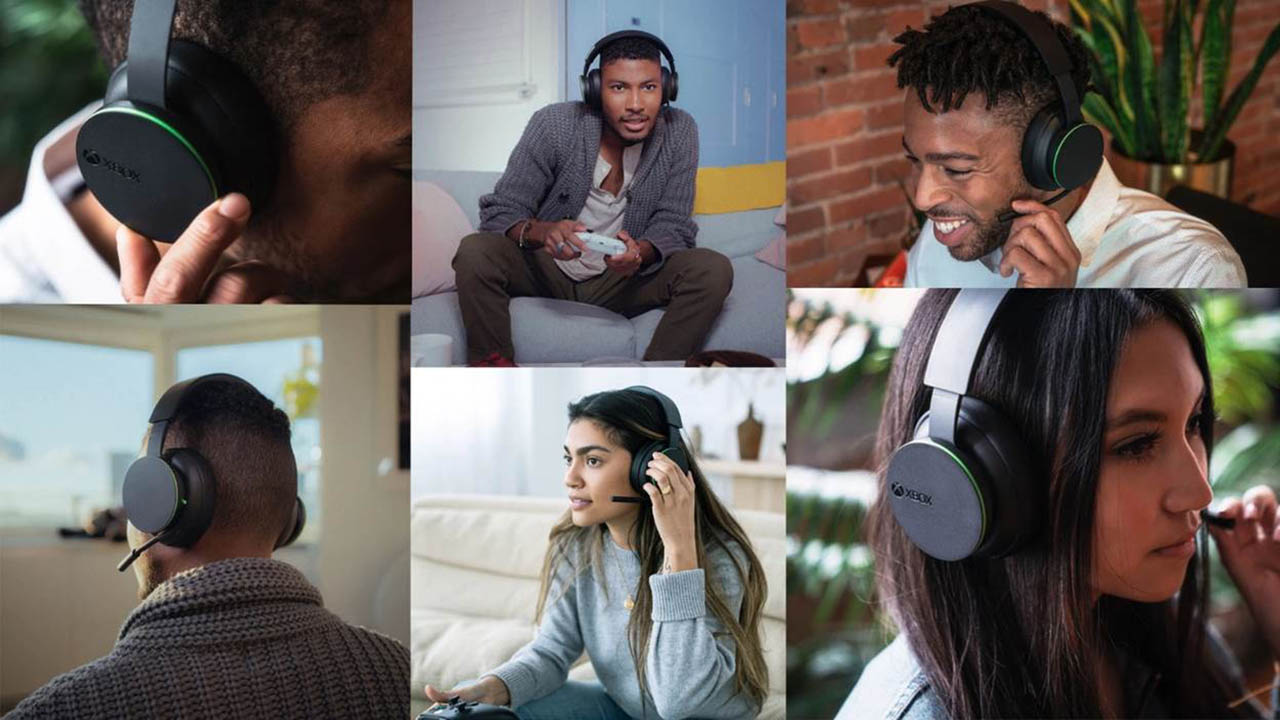 The design is intentionally understated and shares the same shapes and colours found on the new consoles. The controls and indicators mirror the circular geometry that informed the design of Xbox Series X and Series S. And much like the new Xbox consoles, the Xbox Wireless Headset is designed to blend into your living room without feeling out of place or obtrusive.

“We’ve learned that gaming is a deeply social activity. Especially nowadays, given the state of the world, gaming and communicating with others is a critical need. The team took a human-centred approach to design a headset that removes the unnecessary distractions so that players can focus on the game and their friends,” said Scott Wang, the Senior Design Researcher working on the new Xbox Wireless Headset.

Combining a sleek and modern design with high-quality materials and finishes the Xbox Wireless Headset has a durable frame with inner metal headband, rubberized dial rings for grip, and a fully adjustable mic that tucks up and out of the way when not in use. The rotating earcup dials of the new Xbox Wireless Headset provide an intuitive way to adjust the volume and game / chat audio balance with just a simple turn without interrupting how it rests on the player’s head. As Elie Ahovi, Senior Designer, puts it “we were driven by wanting every interaction with the headset to be delightful.”

With the Xbox Wireless Headset, you can play wirelessly across multiple devices including Xbox Series X|S, Xbox One, and Windows 10 PCs.

The headset also connects to mobile devices via Bluetooth for on-the-go music or chat and to your console via Xbox Wireless technology just like an Xbox Wireless Controller, meaning there are no cables or dongles required.  You can also simultaneously pair the headset to your phone and Xbox. That means, for example, that you can chat with a friend or – as the engineering team recalls doing – dial in to a conference call on your phone and play on your console at the same time.

The Xbox Accessories app on your Xbox One, Xbox Series X|S, and Windows 10 devices lets you fine-tune the audio controls for a customized audio experience, including equalizer settings, bass boost, auto-mute sensitivity, mic monitoring, and brightness of mic’s mute light. Best of all, the headset can stay updated with the latest features via wireless updates from your console, ensuring you’ll have a premium audio experience that continues to evolve. Make sure you install all the latest Windows updates to enjoy audio customization features on the Xbox Wireless Headset when using the Xbox Accessories app on Windows 10 devices.

The Xbox Wireless Headset delivers expansive sound, ease of use across devices, long lasting comfort, and customizable sound through the Xbox Accessories app. “We want it to be satisfying when you use it and want you to feel all the pleasure and joy you can get when playing the game,” said Elie. “We are also excited to be adding many unique features not found in wireless headsets today, with an eye toward evolving the product over time with updates”.

The new Xbox Wireless Headset will be available from March 16th, 2021 in most worldwide Xbox markets and can be pre-ordered at select retailers.