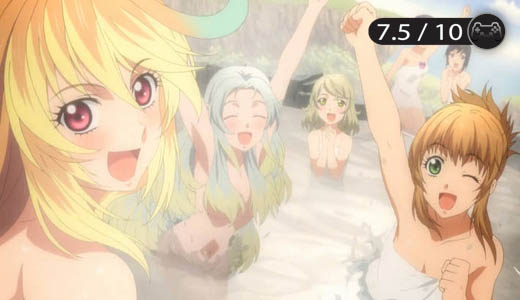 With my fondness of JRPG’s ever growing I was happy to take on Namco Bandai’s Tales of Xillia 2. It is exclusive to PlayStation 3 and is also a very direct sequel to the first, being set a year after it.

With most JRPGs the story, however bizarre, is the thing that keeps players gaming on, this can thankfully be said for Tales of Xillia 2. It starts roughly a year after the premise of the first one and is closely linked to these events. So playing Tales of Xillia prior to picking up the second is definitely recommended. 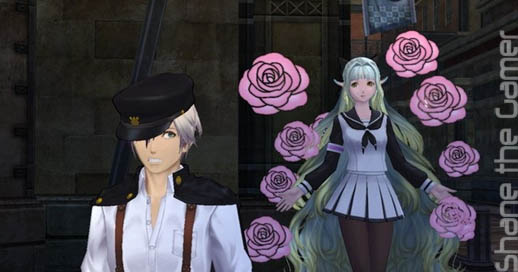 It brings back all the old characters. There are new characters of course but only a few.

One significant new character would be our main guy, Ludger Kresnik. Ludger is special as only him and his family line can use a special chromatus form. This form is needed thwart a new danger and imbalance between the spirits, people and fractured dimensions sucking life from the prime one.

Ludger is a rather silent protagonist as he never seems to actually say much. While all the other characters around him love to blab, he only manages to make a few grunts and pulls a face or two. Even the few dialog options are never spoken making him slightly frustrating to get to know or like, being the main character and all. 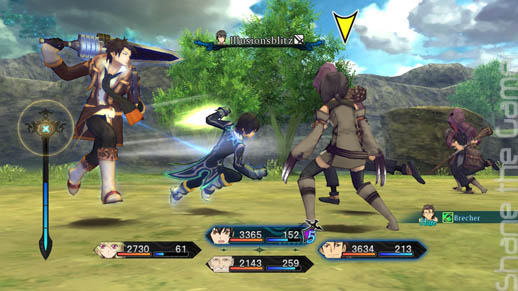 There are sections in which you can make choices in conversations and cut scenes. Some can affect the affinity between characters while others seem to only make a difference to initial dialog as both options seem to have the same end result. The story has an allure that, despite our unengaging silent protagonist, will have you interested in playing on.

The combat thankfully isn’t a turn based/real time action hybrid that seem to be all the rage but instead opts to focus on the latter.

The basics are easy to learn and with only knowing them you can get by pretty well. You have three weapons to cycle between, heavy, light and ranged. Initially I was inclined to ignore this as switching between weapons is a bit clunky and not ideal to do mid battle. Turns out certain enemies take more damage with a particular weapon type and as the enemies and bosses get harder paying attention to this aspect does have its perks. 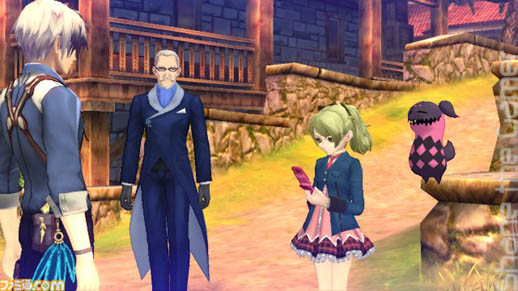 The style is different to most games I’ve played. It initially plays on a 2D field. Attacking moves you towards the enemy and backing up in the opposite direction, however the combat field is not only limited to this. Holding down another button allows you to move 3 dimensionally on the battle field to get around or behind an enemy.

There are more complex aspects, such and linking with other characters in battles and using magic attacks or artes and eventually using Ludger’s special Chromatus form. These assist in keeping combat from stagnating. 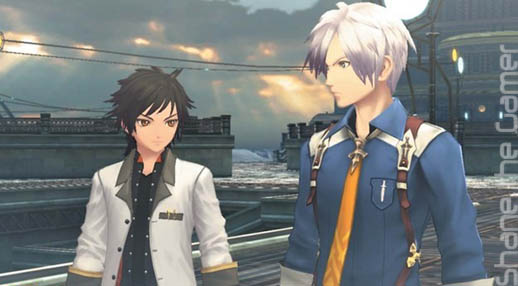 There are items and equipment to improve basic stats that can be found and purchased from shops.

The leveling up system is reasonably straight forward. Basic stats increase as your level does and abilities are gained by earning SP (Special Points).

There are different types of bonus abilities and moves you can unlock. You choose a path or allium orb and certain attacks and abilities are unlocked and improved in that path. The more you play the more paths and combination of paths become available. This is more linear and restrictive than the original. It limits characters to the paths available and characters can’t all utilise the same path either. Meaning you have to choose which characters are more important to you and allocate them the best ones. 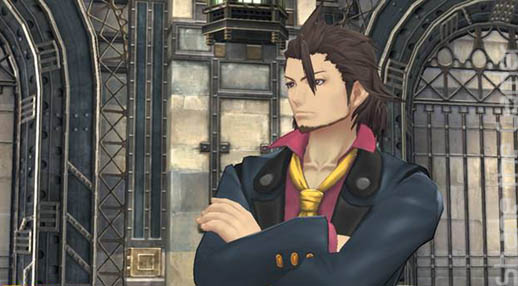 When playing a sequel it’s near impossible to not compare to its predecessor. So how does Tales 2 compare?

Well there are a few differences but in spite of these the game plays, looks and feels the same as the first one. It does this so much so, if you told me it was disc two of the first one, I’d probably believe you. There is essentially the same characters, gameplay and environments, it doesn’t entirely feel like a whole new game.

As the game progresses, new elements are thrown into the mix, so it does branch out from the original. 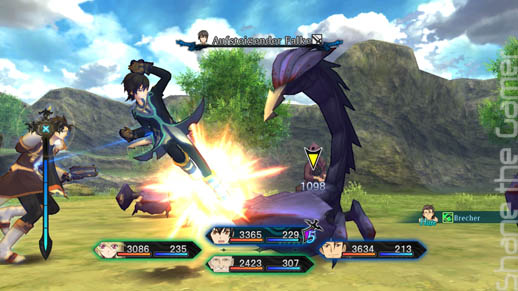 They do also actually send you back to the world from the first game. It is nice to visit previous worlds but this really has the term ‘recycled’ pinned down.

Apart from revisiting this world (which hasn’t changed at all), there are fractured dimensions which you have to fix by entering them to find and then destroy the catalyst. These fractured dimensions are exactly the same as the ‘prime dimension’ except they have a different filter on. Maybe this is just how the story worked out but it does become repetitive running through the same areas more than twice. 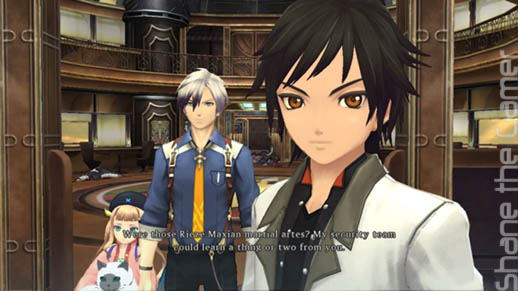 The last thing that hasn’t changed is the graphics. This is unfortunate.

There is little to no excuse to have no improvement on graphics in a sequel. The game maintains poor textures and generally low graphic quality. Thankfully there are a few cut scenes where proper anime style animation is used but outside of these there is vast room for improvement. While lacking graphically it was not enough to deter me from continuing this game. The gameplay offers more than enough to make up for this downfall. 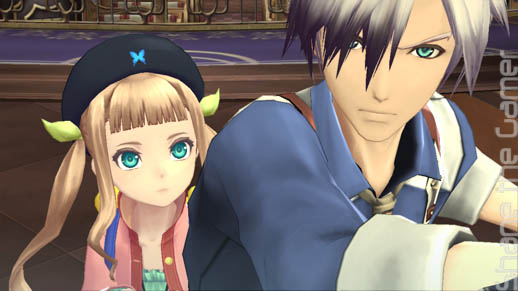 Tales 2, while on the surface is a duplicate of the first – from the scenery to the gameplay, there are enough new things to differentiate between the two.

It has many of the same lovable characters as the first with a few new ones too. Unfortunately, the visuals are poor, but I feel that isn’t reason to put this game down. For any fan of the series or JRPGs, Tales of Xillia 2 does have a worthy experience to offer.