Starcraft II: Legacy of the Void is the final conclusion of the epic space opera that began in 1997, with the release of the original game. Starcraft has become a global phenomenon since the days where I sat down on to play the original campaign on a computer that would be considered fit for a museum today.

For those familiar with Starcraft, Legacy of the Void won’t shatter your expectations or be unfamiliar. It will however satisfyingly finish the James Rayner/Kerrigan story arc, and provide a few fun new options that shake up the traditional Starcraft experience. 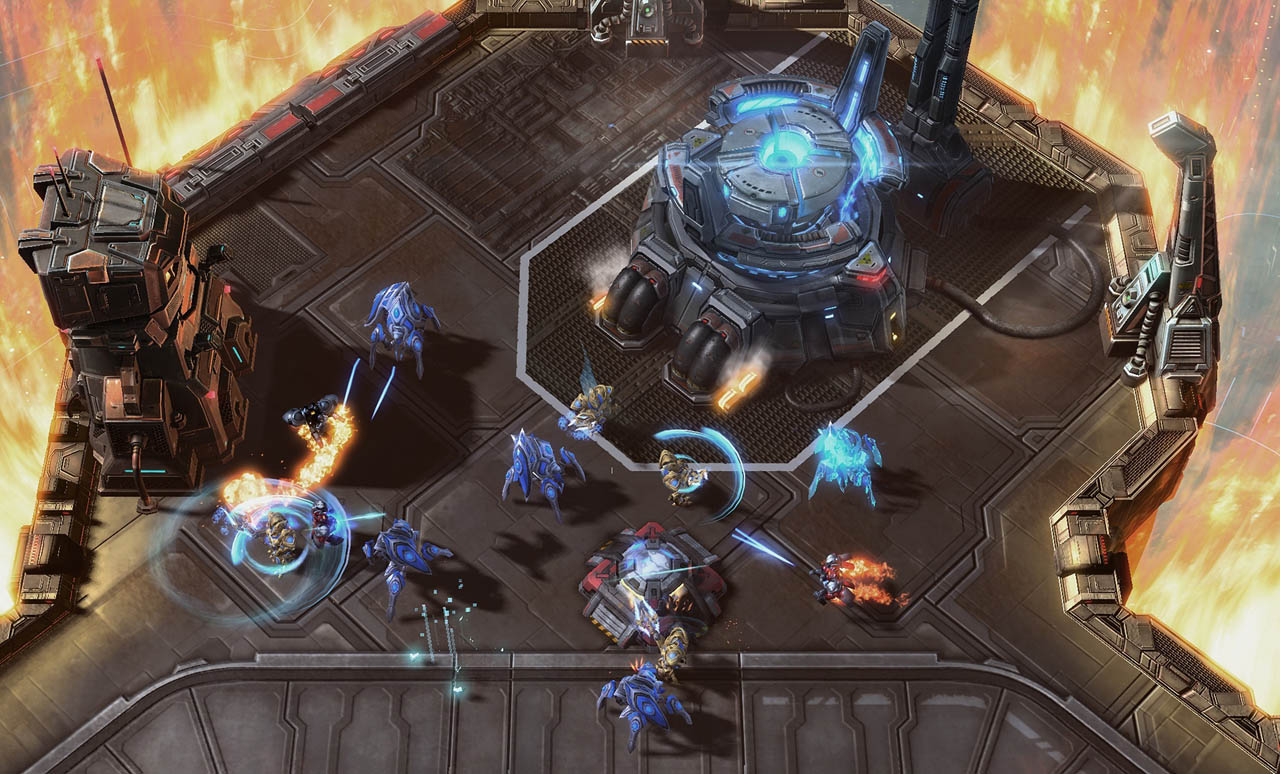 Legacy of the Void is finally the Protoss’ moment to shine in Starcraft II. The story picks up close to the end of Heart of the Swarm but is preceded by the free three-story prologue Whispers of Oblivion. These three missions are pretty essential from a story standpoint, but luckily they are enjoyable, if simple to play- so I didn’t mind them. Once you’ve completed these introductory missions, Blizzard provides a useful catch up video, as a reminder of the story which started almost 6 years ago in 2010 with the original Starcraft II instalment.

For those who have played Destiny’s The Taken King, the story will seem familiar. Amon, the greatest evil the universe has ever known, has taken control of the series’ main races, in an attempt to gain complete control. It is your job, as Hierarch Artanis, to halt Amon in his path. The story is a bit lacklustre, and soon reaches incredible heights of space opera zaniness, but the story in Starcraft is never really the point. The campaign, as ever, is used as an extended tutorial for a wide range of Protoss units in preparation for the multiplayer. 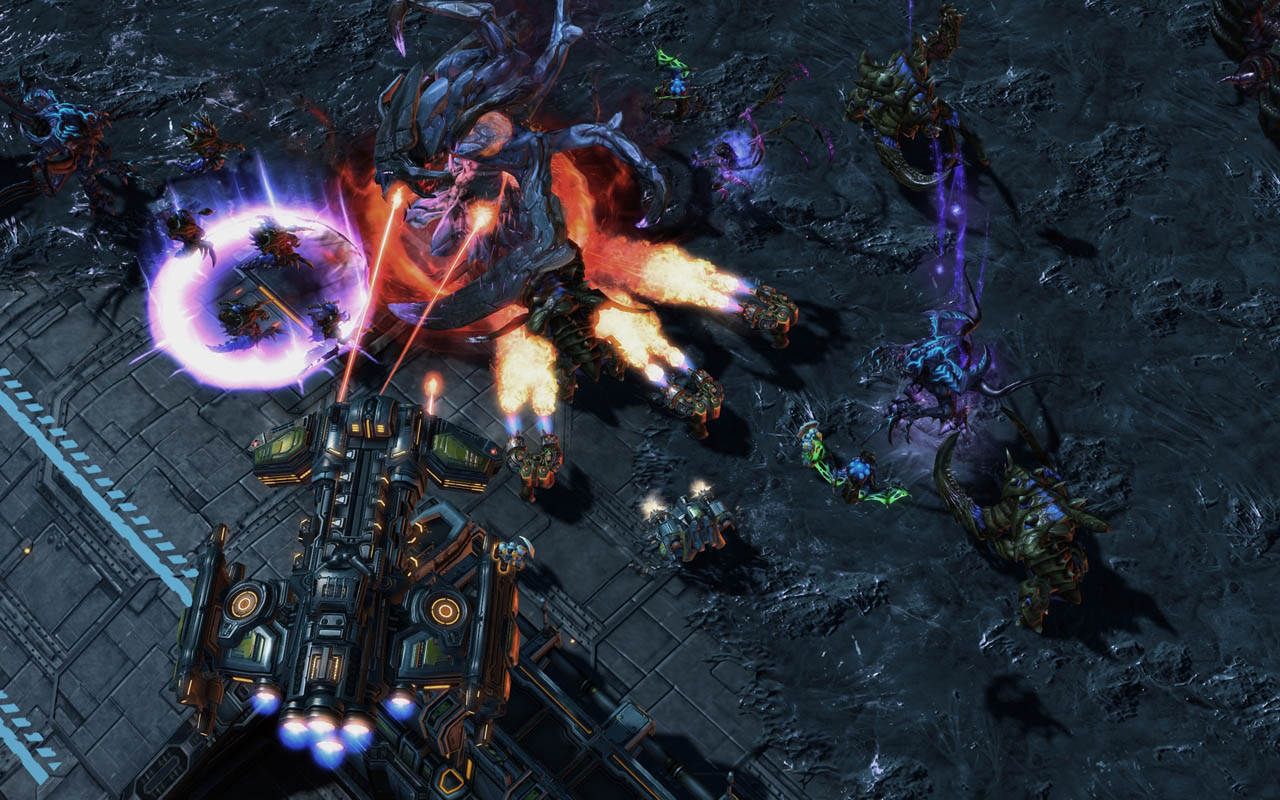 There is a greater emphasis on cut scenes now, rather than talking heads as has been the case since the original game. Just as in both previous Starcraft II iterations the Protoss has an impressive capital ship, the Spear of Adun which acts as a sort of home base of operations. From the ship you can decide on your upgrade paths, choose missions and interact with the other Protoss on the ship.

You’ll be sent on missions to fight back against Amon’s control. There is the usual mix of objective-based maps and smaller maps where you don’t control a nexus point. The single player campaign features some units that are unique to the single player. I’m kind of annoyed that every single Starcraft campaign acts as if it is the first time you have played the game.

By this stage we all know that you need to place a pylon to power your units, and how to use cannons for base defence. By including these tutorial levels, the game gets off to a sluggish start, which in contrast to the high-stakes and high-energy story Blizzard is trying to tell. 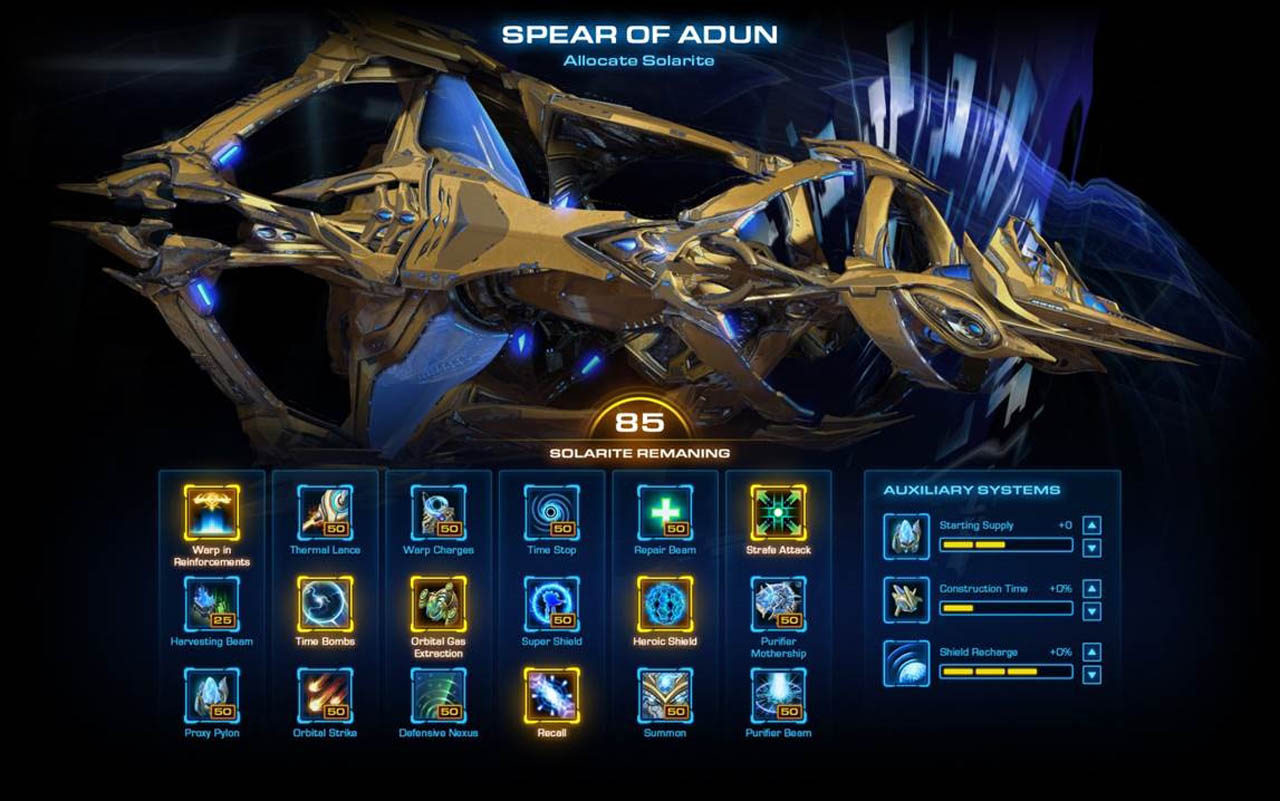 Overall the story missions aren’t anything that we haven’t seen before, but they are familiar, comfortable and despite their shortcomings ultimately enjoyable. The missions are almost insultingly easy on normal mode, so I would highly recommend bumping it up to hard or brutal for a real challenge.

Throughout the campaign you can find solarite to upgrade your home starship, which can grant you helpful new abilities such as an orbital strike, or my favourite the ability to automatically harvest vespene gas without the need for probes. Simply build the Assimilator and forget. 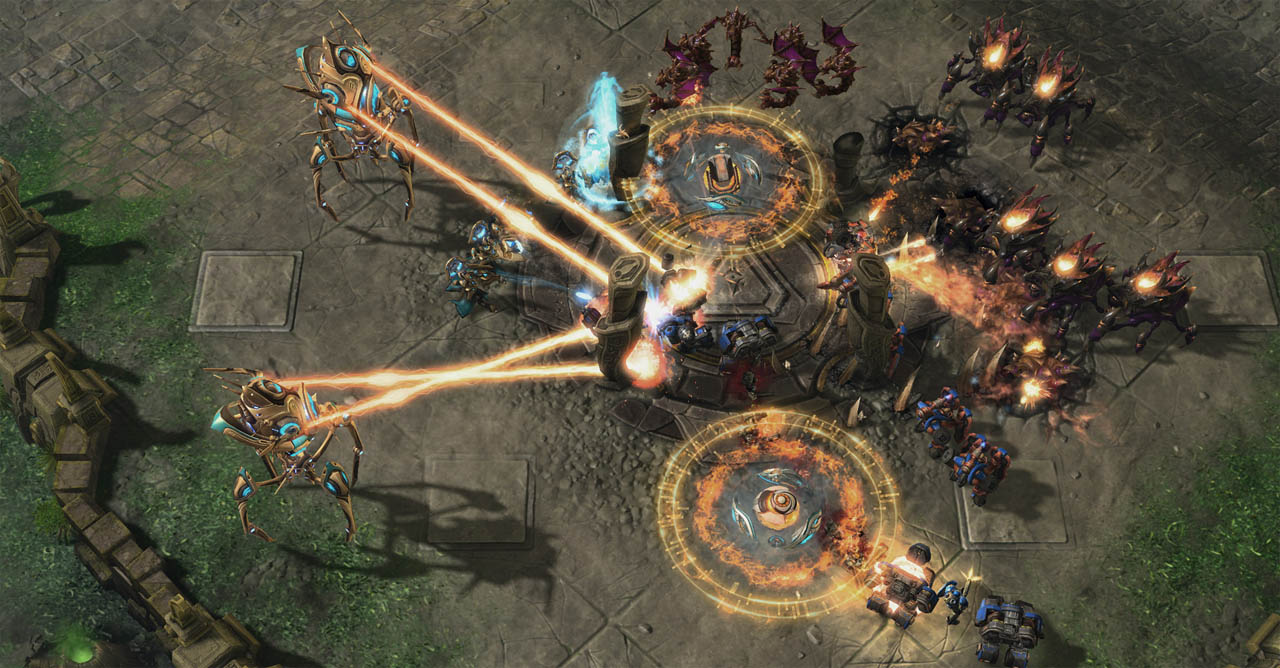 Legacy of the Void features a couple of co-operative modes, the first of which is called Archon Mode. You and a friend, or someone that Blizzard matches you with, share a base and fight together against a single enemy. Alternatively, another co-op mode allows your to become some of the heroes from the Starcraft universe and complete objectives.

If you already love Starcraft, then you will play this game, and you will love it too. For those who have been waiting patiently since 2010 for the Protoss’s time to shine Legacy of the Void is a worthy contribution to the Starcraft universe.

This can’t hide though that it’s just what you expected from a Starcraft II expansion. In many ways Legacy of the Void is somewhat hard to rate; it’s more of the same, but not in any way that is a disservice to Blizzard. 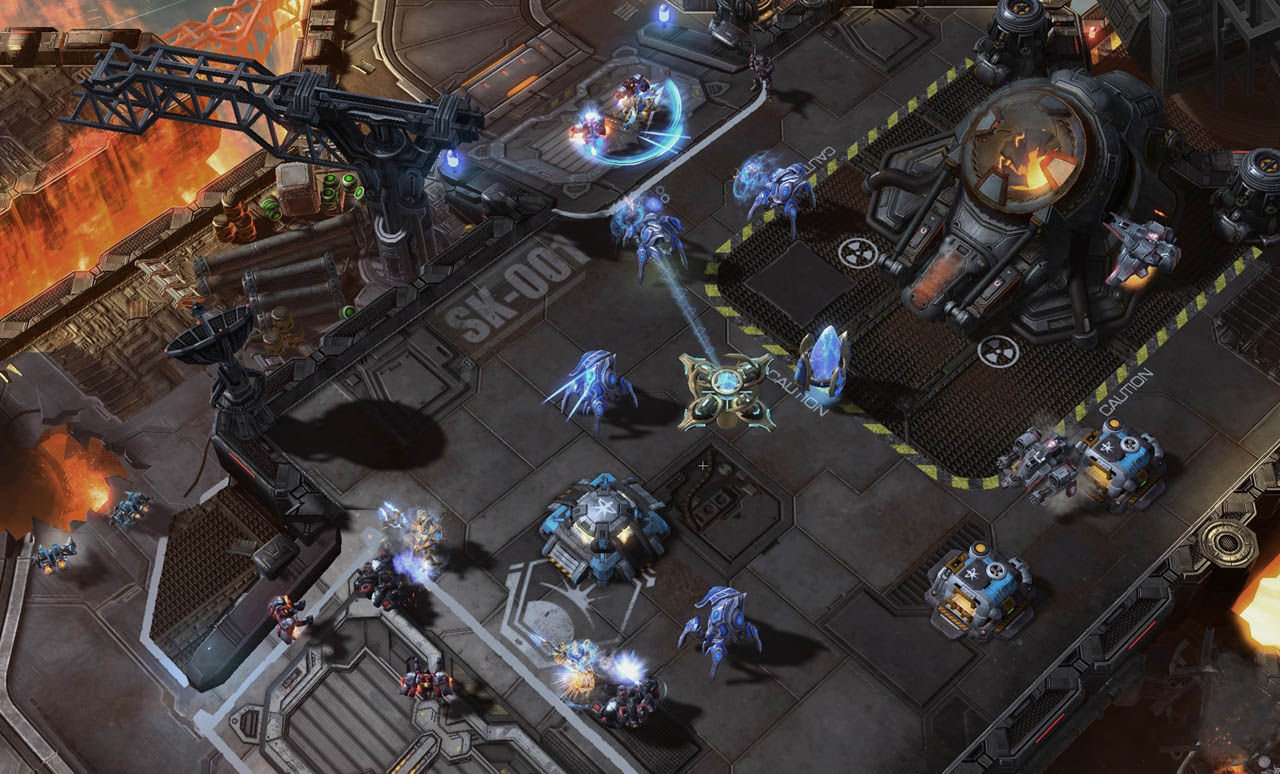 It is too early to tell, even with the expansion’s BETA period, how will it affect the meta. As someone who is in no way a pro player I’m sure there are opportunities in the game’s changes, as yet hidden that will move the game forward. The new classes open up new strategic pathways that will be exciting to see unfold in the competitive scene.

Despite some frame rate issues I encountered that weren’t present in Heart of the Swarm (solved by disabling anti-aliasing) the game played extremely well, and there were no bugs that I noticed. Blizzard’s level of polish is present here – a welcome relief to some of the bigger and buggier games of 2016. 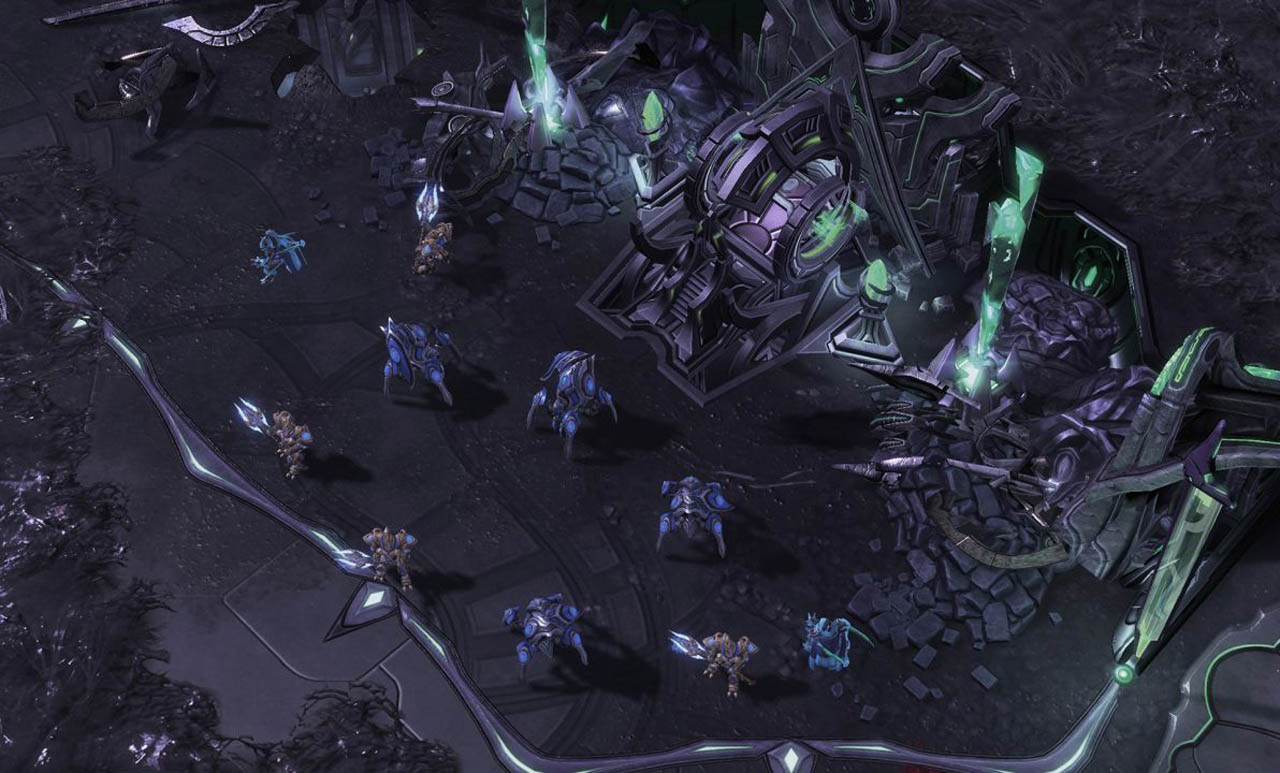 Legacy of the Void is available as a standalone purchase or as part of the Starcraft II trilogy, though if you haven’t ever played Starcraft I think it’s much better idea to go back and invest in the original games.

For Blizzard, Legacy of the Void is both an end and a beginning. Blizzard now has the freedom to move beyond the original narrative set down almost 20 years ago and create new stories and experiences. I expect the next iterations of the series to go in a bold new direction, and I can’t wait to see what they do next.