StarCraft 2 & Heart of the Swarm – Reviewed 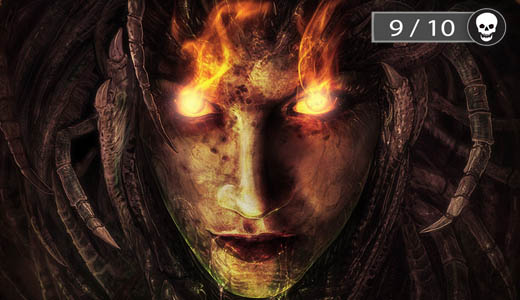 I have just had the extreme pleasure to review a highly anticipated sequel to an already stellar title and its expansion to a PC game that defined a generation of gamers.

The original anticipation and hype that accompanied the release of StarCraft 2: Wings of Liberty definitely didn’t disappoint when it came to the story, the gameplay and all the little intricacies that enveloped the player to the point of sleep-deprived days on end. I have to admit that it had a trance like effect on me from the first to the last cut scene and everything in between.

If you have not yet played a Real-Time Strategy (RTS), StarCraft 2 is one of the best to get a grip on the genre, while also being thrown into an enthralling story. 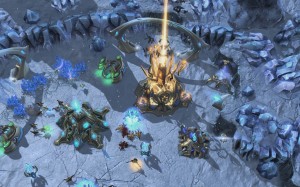 The base mechanics of gameplay is quite simple and easy to grasp.

It gives players more time to invest in the characters within the main campaign missions whilst offering small surprises that the player must explore into further.

Although the mechanics of the game might be a little simplistic, the huge selection of units to create that accompanied the first StarCraft has been included and been expanded upon in Wings of Liberty.

What caught and kept me was the wide scale destruction that could occur after amassing a huge, overkill army at each mission.

Some missions were quite specific in its objectives from having to sneak through a planet infested by Zerg as a cloaked Protoss Leader; Zeratul to protecting the huge Mech Warrior type weapon of mass destruction, fittingly named the Odin.

The differing mission types keep you interested in the campaign rather than endless focus on building up a base from scratch every time, then creating an army and sweeping through the map destroying everything in your path.

Although that sounds really appealing, it could get quite repetitive and would disinterest most quite quickly, luckily this is nothing like that. 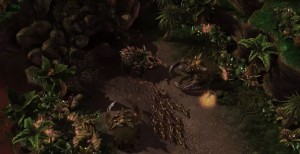 A quirky addition to the campaign is the Hyperion, which is your HQ.

You could spend a lengthy amount of time during the campaign just checking through each area and talking to individual characters which will develop the story even further making you become more attached to the characters that you come across.

The little trinkets such as the Space Invaders style arcade game in the Catina of the ship is amazing, small details and additions such as this is one of the reasons that Blizzard, the ever enduring makers of the game, are as successful as they are.

It was a pleasant change to sit back and watch the cut scenes at pre and post mission intervals, it was this media that established the transition between missions.

Cinematics were of a high standard, so much so that if you are not a huge RTS gamer, the story and the visuals that display it within this game is more than enough to keep anyone engrossed.

Graphically the game played very well, the visual destruction is quite something to behold, addictive almost. 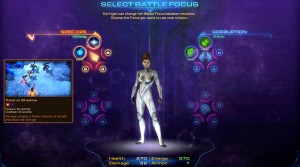 It is this said destruction that translates very easily into the online portion of the game; defining its predecessor as one of the most successful online RTS’s of this generation.

As if StarCraft 2: Wings of Liberty was not a PC beauty to behold, the just released Expansion; Heart of the Swarm compliments what is already the best.

It’s fair to say that some game add-ons do no more than give a handful of Levels and maybe some new mods etc. Heart of the Swarm is not just an add on.

Details taken from the main game further with research garnered from missions are used to improve Kerrigan and her skills, with refreshing changes to mission select and mission report screens, giving it a visual edge.

You play as a rescued Sarah Kerrigan, starting with Jim Raynor by your side, but with a report of his execution by the hands of the Dominion Kerrigan decides to retake command of the Zerg swarm. 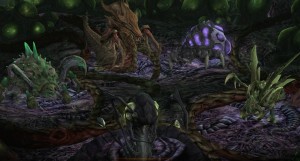 The game continues as a personal vendetta against Emperor Mengst and the Dominion in revenge of Raynor’s apparent death.

The cut scenes with the expansion are immaculate; I couldn’t take my eyes off the screen when watching them, the opening cinematic hooked me much like with Wings of Liberty.

The flow of missions between the two games is consistent and doesn’t leave you wondering anything, the in-depth story is maintained cleverly, with the characters in this game just as, if not more, interesting.

The great thing about this game franchise is that within the main campaign they bring a depth of relationship between the gamer and the characters of all the playable races, there is no over-powered favouritism indicative within a race, each race has their pros and cons, it comes down to player preference and of course, individual playing skill.

Playing online is a social experience; enabling you to play matches with friends or people in your skill level or people of any level, whereby the matching opportunities are open, with community-built game types available. 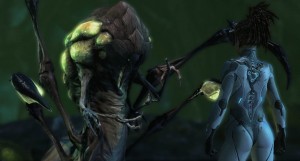 A really interesting extra is the ability to replay games that you’ve played with others which is a good and niche way to track your tactics and improve on them.

If you’re looking for a game that throws you into the story and engrosses you to the point where nothing in the real world matters; StarCraft 2 and Heart of the Swarm are them. Another epic chapter from Blizzard, famous for Diablo and WoW.

An RTS that still remains at the top as a major ‘game-changer’.