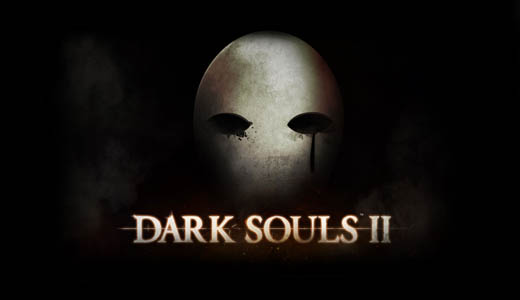 On offer is an exclusive voucher allowing players to unlock early use of weapons contained in the Black Armour Weapons Pack.  These inventory items will help players as they begin their journey to the sequel of what many critics and gamers have called one of the most challenging experiences in video game history. 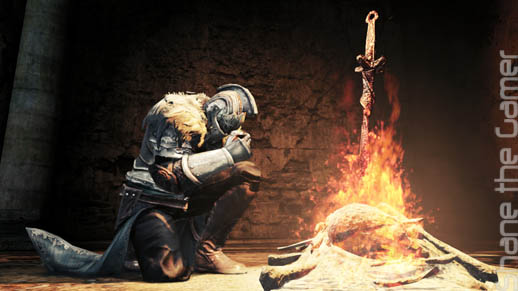 The Black Armour Edition contains a metal case, the game disc and the official game soundtrack. 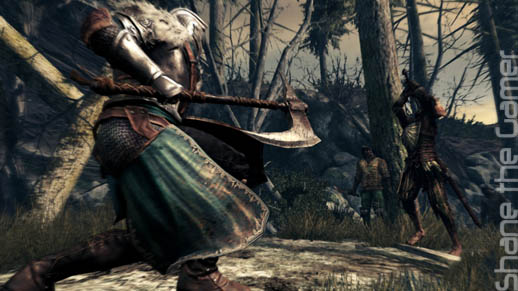 To reward fans who pre-order the Dark Souls II Black Armour Edition and Dark Souls II Collector’s edition, FromSoftware has made 5 weapon packs available for early access at the beginning of the game:

Yellow Quartz Long Sword and Yellow Quartz Shield – A straight sword and small shield hardened with yellow quartz both uncovered at the bottom of the Iron Keep. Even though these items can break easily due to their high level of corrosion, they are exceptionally light and their power to inflict damage has not declined. 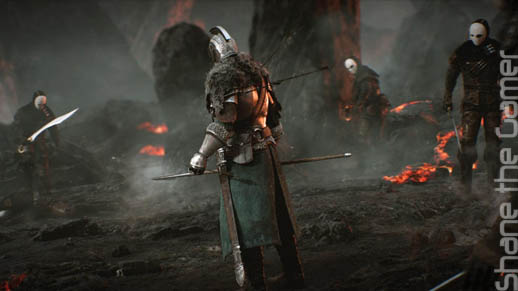 Bound Hand Axe and Bound Wooden Shield – A brutal hand axe and shield found in the Undead Purgatory. Both items are wrapped in chains and thorns to cause additional bleeding on enemies. Both the axe and shield have diminished in overall slashing power but their ability to deliver pain has been deliberately increased.

Homunculus Mace and Homunculus Wooden Shield – A mace and shield with spherical protrusions found in Aldia’s Keep. Although heavier than normal maces and shields, the hard protrusions greatly increase the striking power of the mace as well as the shield’s defensive capabilities. 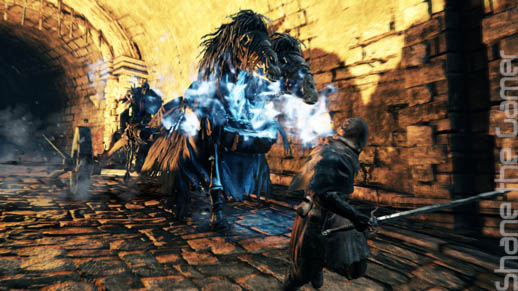 Transgressor’s Staff and Transgressor’s Leather Shield – A staff and leather shield entwined with an unknown and seemingly lackluster element; these items are found in the Dark Chasm of Old. They have become a catalyst for sorcery and hex and cause an effect known as Darkness.

The Black Armour Edition and its rewards are also included in the very exclusive Collector’s Edition! In order to guarantee one of these versions, customers will need to pre-order as they are limited! 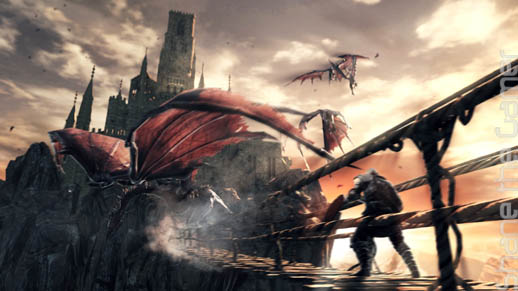 “Dark Souls II will offer hardcore fans and all gamers a new challenge to overcome. The word “challenge” will reach a whole new level with this new opus!” said Hiroaki Ochiai, Senior Vice President of IP Strategy at NAMCO BANDAI Games Europe. “With this Black Armour Weapons pack offering an early in-game access to five sets of weapons and shields, adventurers will most certainly welcome a little help to survive the dark world surrounding!” 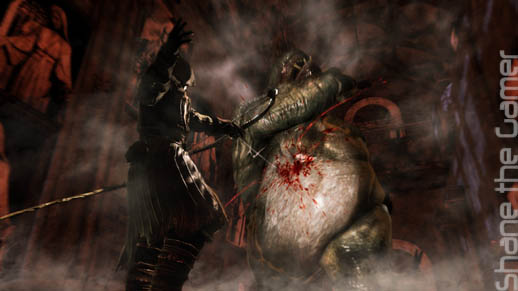 Releasing in Australia and New Zealand on March 13, 2014 for the PlayStation 3, Xbox 360 and shortly after for PC. Dark Souls II will top all fans’ expectations with two exclusive editions and never-before-seen challenges!