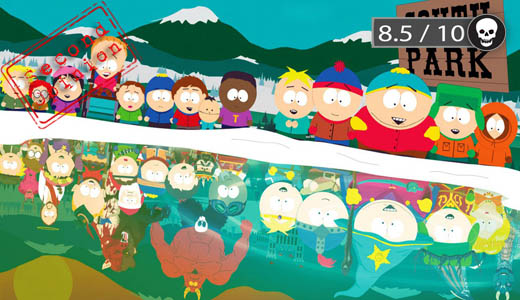 South Park: Stick of Truth is here. Packed full of fart jokes, absurdity, and Canadians, the game proves that good things do take time.  The story of Stick of Truth takes place amongst one of the kids’ epic games of LARPing (Live Action Role Playing).

Those who have seen Season 6’s Return of the Fellowship of the Ring to the Two Towers or last season’s Black Friday trilogy (which segways into the game) will understand what lengths these kids will take to stay in character.

Playing as the new kid in town, you stumble across the game  in its infancy, and are quickly tasked with choosing your class and protecting the titular Stick of Truth from the evil drow elves. 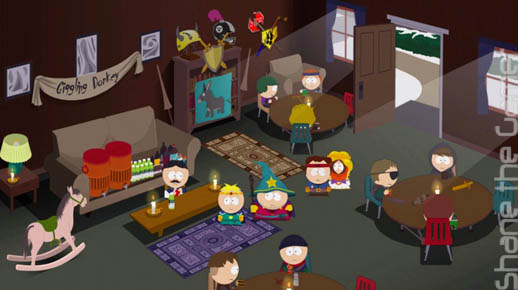 The class system is simple in its selection lineup, offering a choice between four classes. The first three are the tried and true staples of the RPG genre: Warrior, Mage or Thief. No description necessary, and none given. The fourth class however, could have used a description, since as an RPG class, the Jew is unlikely to have been played before. What abilities does he have, what weapons and armour could he use? 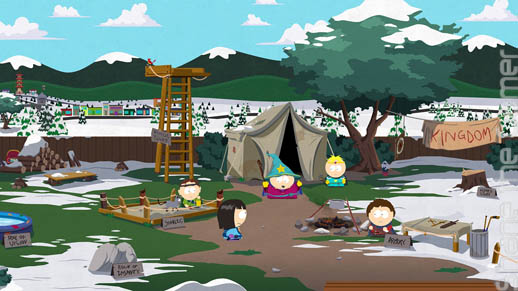 Playing through the game it becomes apparent that classes only dictate what abilities are available to you, and that there are no other distinctions or variations in what the classes can do. A thief can ignore the freedom and stealth afforded to them by the leather armour they are typically restricted to and go stomping around in chain or plate mail. A wizard can throw away their trusty staff and start swinging a two-handed sword. Even the magic system is taught to each class through to the various farts the player will master as they progress. 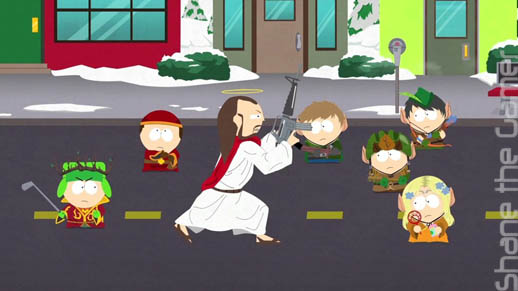 These elements diminish your initial class choice which is disappointing for RPG lovers out there, but at the same time, plays perfectly into the idea of kids at play; making up the rules as they go along. This suspension of belief goes a long way which is what makes The Stick of Truth so hilarious. Sure, there are issues when you think of the logic behind the combat system if you were to apply it to the real world, outside of the ‘make believe’ but those familiar with South Park know not to take these things so seriously. The ridiculousness of the situation is what works so well for the game. 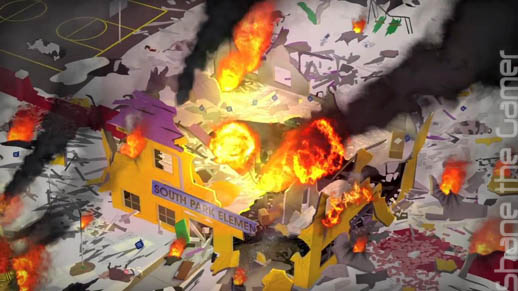 The paper cut-out characters and jumpy animation translates perfectly from the show to the game.

Walking through the streets of South Park is indistinguishable from watching an episode. The experience  is evidence of just how involved the creators, Matt Stone and Trey Parker have been, both writing the script and providing the voice acting for the majority of the characters.

Stone and Parker’s involvement makes this the most successful and faithful franchised game, more than surpassing the typical cash grab expected from movie and television related games. South Park: Stick of Truth is an extension of the South Park Universe,and a must have for fans of the series. 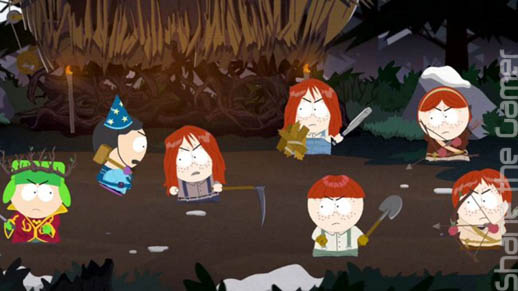 The writing is doubly impressive given the show has been on the air for close to 2 decades. So much has already been ridiculed, parodied and celebrated, it would be so easy for the story to feel flat or unoriginal.

Sure, there are callbacks to the favourite and most infamous episodes (Stan’s closet will always elicit a chuckle) but the game feels more like a celebration of everything South Park than a rehash. Fans of the show will certainly get more from the treasure trove of related jokes, but newcomers to the game won’t find this too impenetrable. 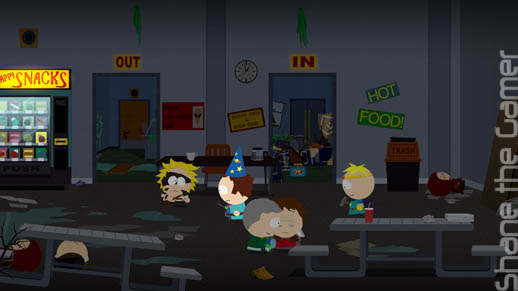 To its credit however, instead of cutting the scenes entirely, there are captions noting where the scene would take place and a brief description of what would happen, allowing you to fill in some of the humour. 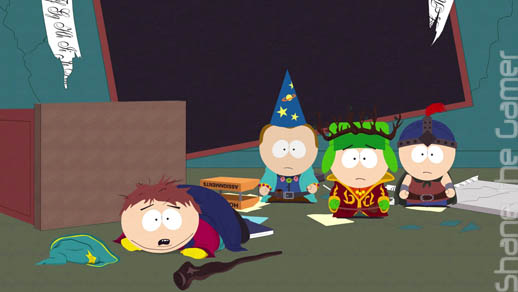 Gameplay is overall very good, with a minimal UI, and a great deal of freedom given to the player.

Loading between areas can slow frame rate for a few seconds, and enemies can be forced to bug if misdirected to the wrong area. Other than that, the experience is very smooth.

While at first the town of South Park may feel a lot smaller than you would expect, the events of the game ensure the environment is always changing, keeping exploration fresh and interesting. Furthermore, a trip to Canada adds another change of scenery as well as some fantastic aesthetic gags. 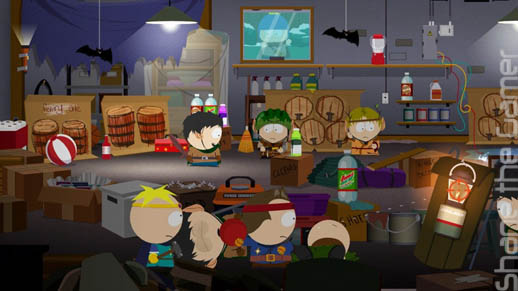 Combat is reminiscent of turn based combat in games like Final Fantasy. With brilliant cinematic animations for each attack combined with a nice balance of timing based prompts, the fights always hold your attention – shying away from being either a constant mash of buttons, or a punishing quick time event. That being said, throughout the game, the combat system does not truly evolve. The attacks used at level 1 are equally effective, if not more devastating at level 15. Fart attacks never feel necessary and require charging mana from 0 at the start of a fight, making for more of a hinderance than a valuable tactic. 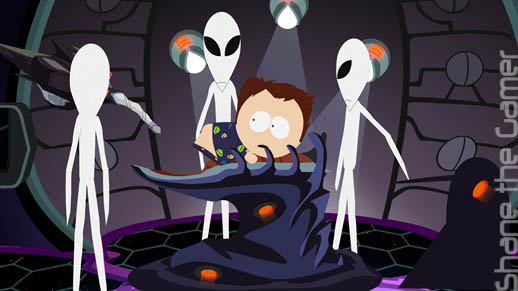 Clocking in at around 20 hours of gameplay, South Park: Stick of Truth offers an above average RPG, but a truly fantastic South Park game. This truly feels like a labour of love from the studio and developers, with innumerable easter eggs throughout the world for you to encounter. Any fan of the show needs to play this game. You won’t be disappointed. 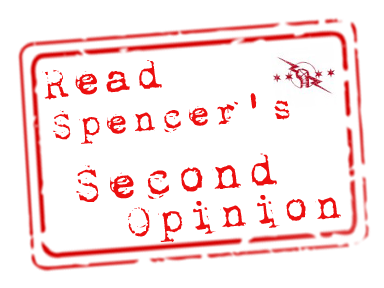