Soul Eater, Not!, an anime series developed by Bones and licensed by Madman Entertainment, is a crafty, amusing and entertaining anime that’s perfect for your weekend binge-watching pleasure. With only 12 episodes in the series, Soul Eater Not! will draw you into an enchanting world of magic and weaponry that will leave you bemused, slightly frustrated and definitely wanting more.

The anime follows Tsugumi, a seemingly ordinary girl who one day comes to realise that she has the ability to transform into a weapon. That’s right, a weapon. She is immediately transferred to the Death Weapon Meister Academy (“DWMA”), a special school, not unlike Harry Potter’s Hogwarts, that caters to the training and development of students bestowed with the unique ability of becoming a weapon as well as students who possess the gift of wielding those weapons, known as meisters. With the right tools, training and perfect synchronisation the students at the DWMA are to be a force to be reckoned with. 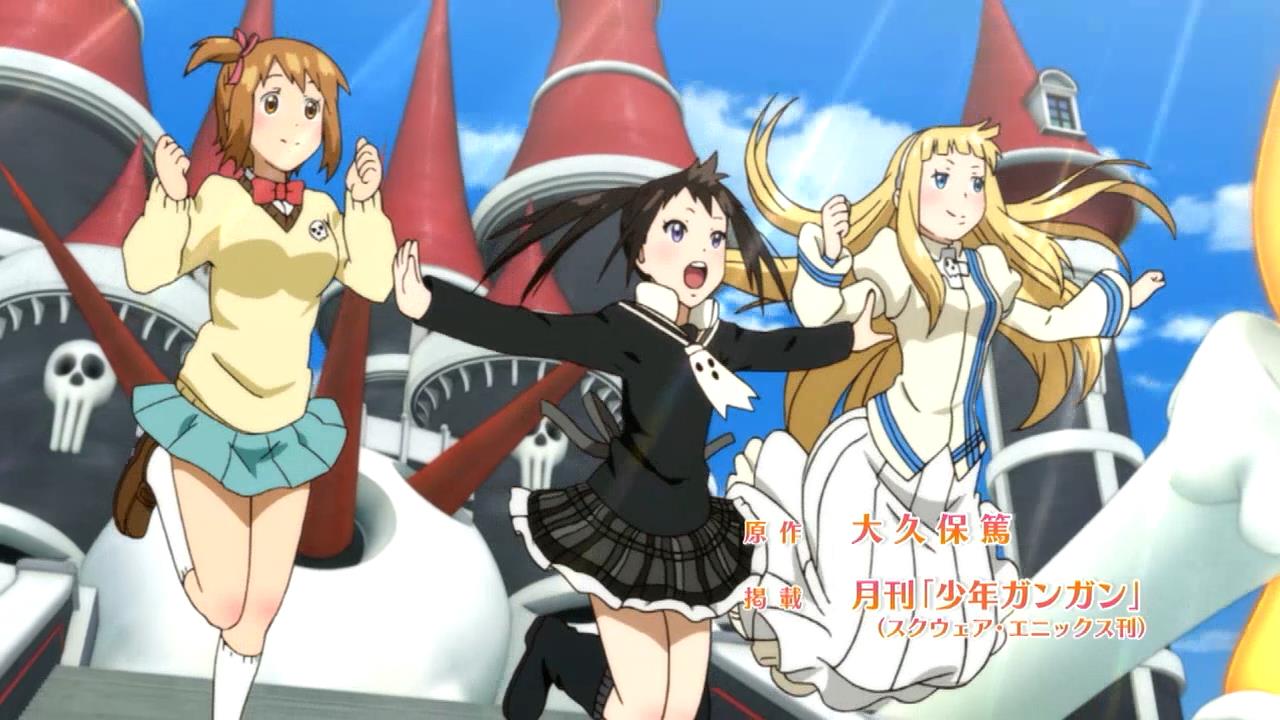 Whilst all seems well, Tsugumi’s life quickly becomes one complicated mess when two female meisters appear and battle it out over who gets to partner up with Tsugumi.  On one hand, we have the prim and proper, snobby little princess, Anya, who appears to have a fascination with the life of commoners, having been treated as a breakable object her entire life.

On the other hand, there’s Mei Mei, a buxom yet innocent looking young lady with the potential to be the ultimate girl next door if not for her poor, Goldfish-like, memory. After all, who would forget their own name? Unable to choose between the two, Tsugumi instead decides to befriend them both in the hopes that getting to know both girls would help her make a more informed decision. This provides for many chuckle worthy moments as all three girls become involved in peculiar yet humourous adventures and activities. It’s important to note that the concept of partnership is a big deal at the DWMA and is made to be almost as serious as a relationship.

In fact, there is one such scene where a weapon ‘falls’ for a meister and upon partnering up, the pair end up in an argument which leads to a break-up. If that’s not like a typical romantic relationship, I don’t know what is. 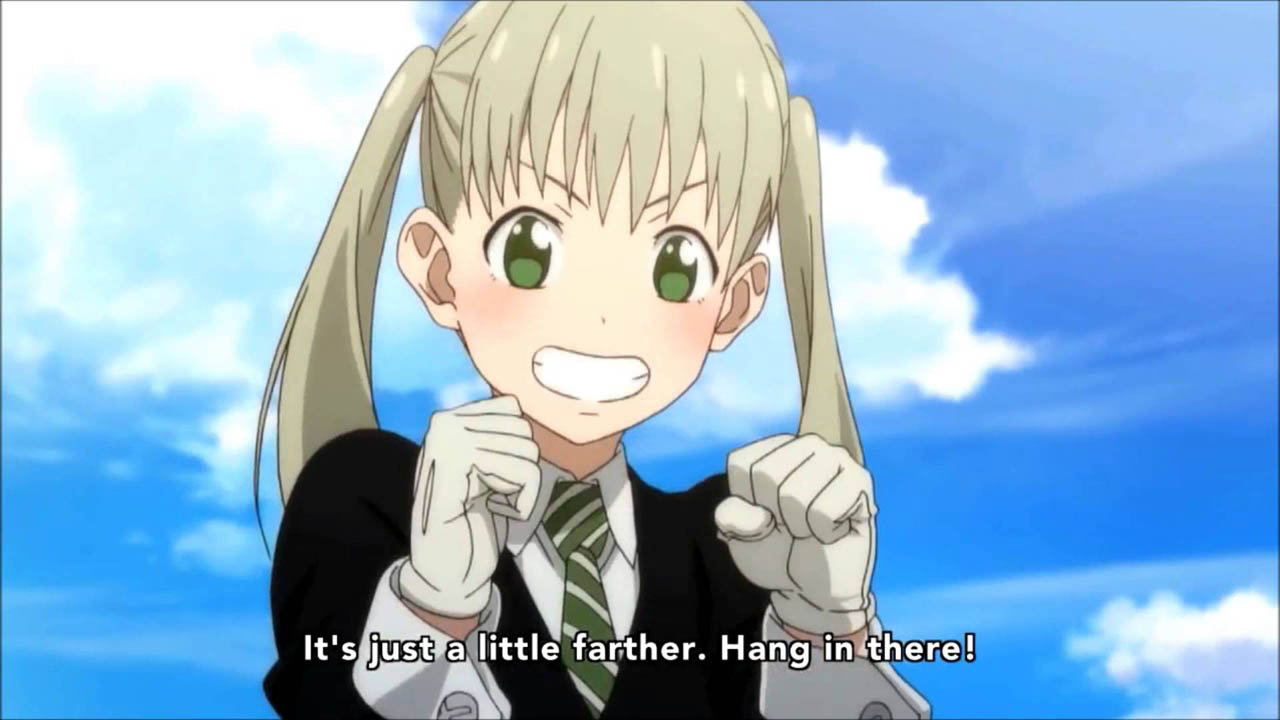 One of the things I loved about Soul Eater Not! is that it is actually funny with exaggerated facial expressions and situations that will leave you with a silly grin. It was great laughing out loud at the expression used in the very first episode, where Tsugumi described Death City, the city in which the DWMA is located, as smelling like America. An odd description but one that did not go unnoticed.

Comedic moments are no stranger to this anime, with funny gestures and innuendoes playing a part throughout the entire series. Not only that, but the anime made sure to poke fun and make references to classic literature from time to time. For example, the city’s resident doctor, who the head teacher of the DWMA has known for a very long time, is very much a character straight out of Mary Shelley’s Frankenstein. In fact, the Doctor, known as Dr.Stein, appears very much like what we’d imagine Frankenstein to look like, screw through the head and stiches to boot.

Perhaps the creators had some sort of weird fascination with the story of Victor Frankenstein. They definitely have a healthy appreciation for silly names, naming a character ‘Eternal Feather’, whose name got mistaken for ‘Infinite Clue’ by the sweet yet daft Mei Mei. By this point, I couldn’t contain my laughter. I find silly things funny, so sue me. 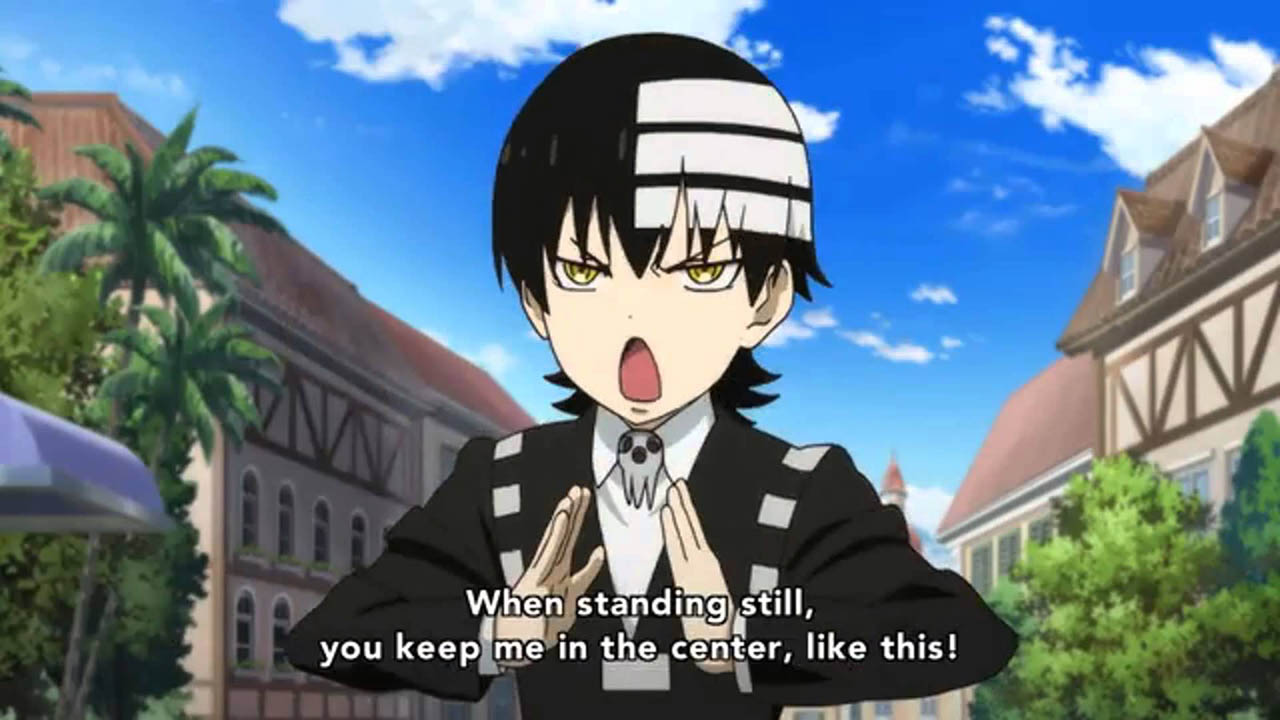 Like the Doctor, all the characters in Soul Eater Not! are unique and likeable with interesting personalities and back stories. With anime, I found that having likeable characters who the audience can connect with is important. While I can’t identify with being a human weapon or being an expert martial artist, I can understand how Tsugumi feels about choosing between her two best friends.

The other thing I enjoyed about this anime is the dark plot that was revealed involving a wicked witch who possesses students and proceeds to go on a violent rampage. This results in some epic battles and fight scenes which was entertaining. Be warned that some scenes (or inferred scenes) may not be suitable for younger viewers so you’d do well to heed the anime’s rating.

A good example of inappropriate scenes include the slightly bizarre nude scene where Tsugumi reaches within herself to find her true power and create a connection with her choice of partner. This shouldn’t come as a real surprise. After all, anime can be rather risqué at times. I have to give the artists and creators credit though, they pulled off these scenes well and distracted me with other visual cues. 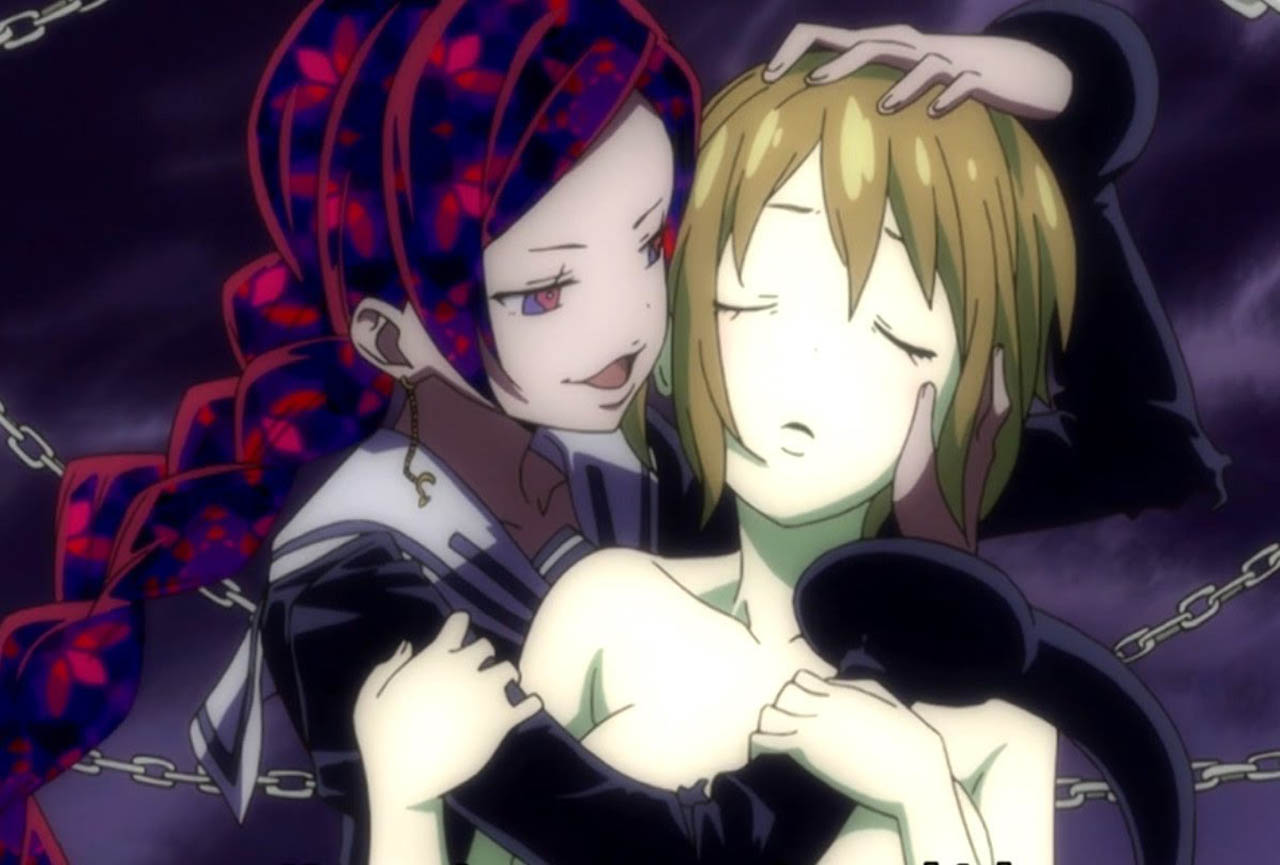 Over all, I enjoyed Soul Eater Not! as it was the perfect anime to sit back and watch after a long hard week. Everything about the anime intrigued me from the plot to the art style, which if you’ve read my previous reviews, you’ll know that I’m a stickler for. I enjoyed the humour and almost slapstick moments; and for someone who isn’t a fan of gore, I quite enjoyed the violence too.

My only complaint was that the anime seemed rushed toward the end, a common thing when there are only a few episodes per series. I would have loved more story development in terms of the witch’s past and for her ultimate defeat to be lengthened across two episodes. Perhaps there’ll be a season 2. If not, I may just wander into the world of manga to see how the manga version compares.