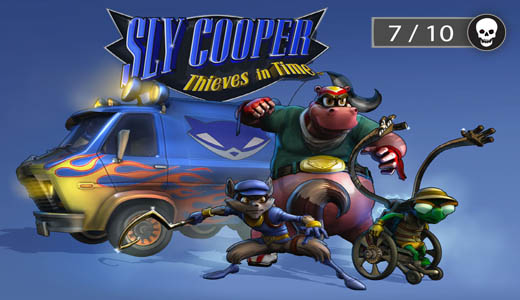 For reasons that I can’t quite put my finger on, Sly Raccoon and his band of buddies has always been a gameplay favourite – having followed and played through the series on PS2.

So it was night before Xmas excitement that took it’s grip when the Vita chapter released.

Sly Raccoon: Thieves in Time is the fourth in the entire saga, a direct follow on from Sly 3 and is as bright and cartoony as it’s always been.

The same trio once again embark on a mega sized heist; Sly, the Master Thief Raccoon who comes from a long ancestry of thieving , Bentley, the wheelchair bound uber-geek Turtle and Murray, an unfortunately coloured pink Hippo who tends to bulldoze first and ask questions later. 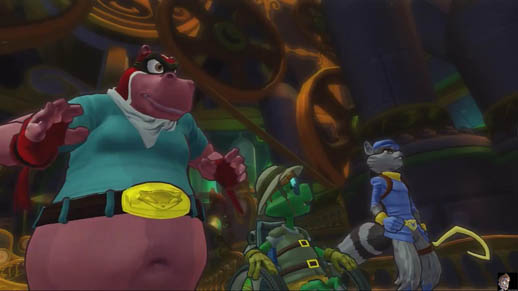 The game starts out with a bit of a history debrief (which if you are familiar with the series, you can skip – mostly) and then it’s straight onto it.

Sly, who had recently retired and settled down into a married life (by faking amnesia to get the chick he wanted; Detective Carmelita Fox) is forced to pick up the old tools of his trade when it is discovered that his entire lineage is being erased from history.

Apparent by the missing text and entries within the Thievius Raccoonus, a book, a manual, a full on history lesson into the adventures of Sly’s family over 100’s of years.

With the saying History never repeats, Sly, Bentley and Murray (in all there are 9 playable Level specific characters including Carmelita Fox, and Sly’s ancestors), join forces once again to not repeat, but restore history in a cell shaded adventure on both PS3 and PS Vita. 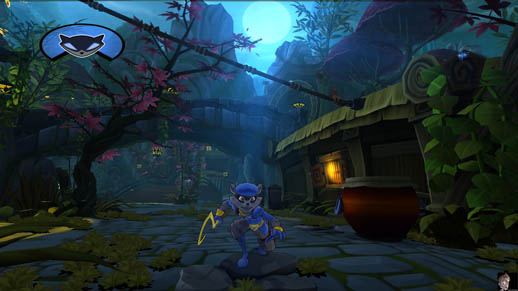 Luckily and ironically Bentley had been using his free time to develop a Time Machine, which will now be put to the test.

From stealing in-game useable items from guards, acquiring costumes to use for cover