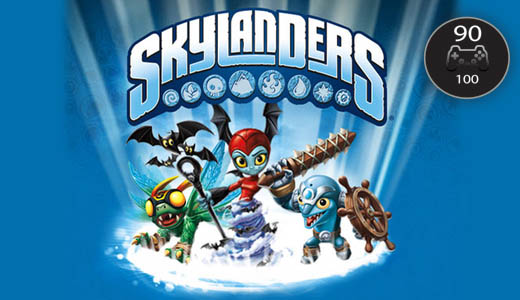 After playing through the likes of the dark Alien: Isolation and the blood thirsty and horror fueled The Evil Within, reviewing Skylanders Team Trap was the perfect antidote to all that terror.

I’d never played a Skylanders game before. The closest that I’d have come in the past would have been Spyro the Dragon back on the original PlayStation. The franchise has come a long way since those humble beginnings.

The Starter Park that Activision supplied us for review consisted of a circular “Traptanium” portal, complete with USB cable for plugging into the PS4 and two Skylander figures. 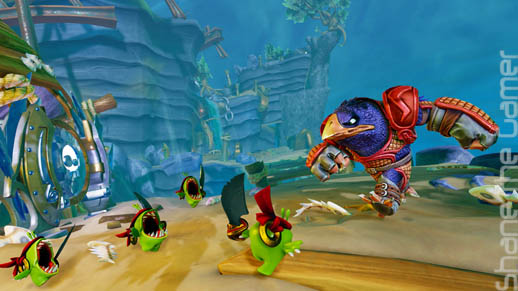 The first, Food Fight, is a diminutive green tomato firing critter, whilst the second, Snap Shot, is a blue coloured lizard-creature wielding a sword and a bow. The pack also came with two crystals: one a green life trap and the other a blue water trap; both the perfect shape to fit in to the curious square at the front of the portal.

The Skylanders concept, combining RFID-tagged collectable models with a video game, is absolute genius on Activision’s part. Players plug the circular portal into their console and place their favourite Skylander character model onto it. The character is then “sucked” into the game as a playable character. And at AUD$14.99 per character model, it’s a licence to print money. 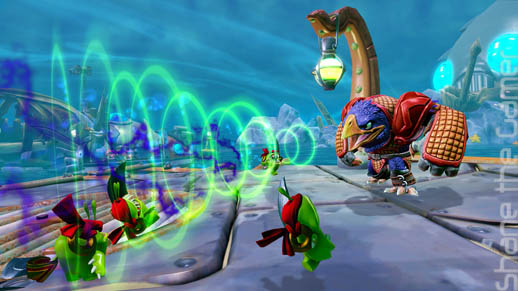 Each Skylander character has its own unique attributes and abilities.

They also belong to one of a number of different elemental groups which, in Trap Team at least, allows access to special areas for that elemental group only. This, of course, means that in order to get the “full” experience players are going to need to make a heady investment in quite a few additional Skylander models.

It’s these traps that are the BIG THING for this year’s Skylander outing. With each iteration of the game those clever folks at Activision have managed to come up with a new gimmick that makes the basic Skylanders idea fresh again. 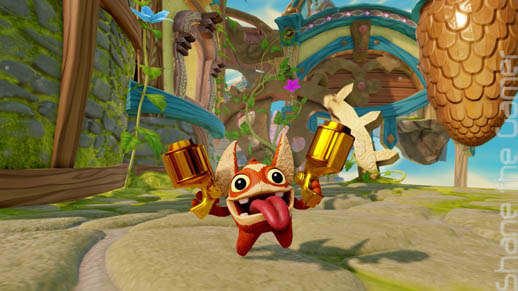 This year, in Skylanders Trap Team, players have the opportunity to trap villainous bosses after they have been defeated.

The downside of this is that, like their Skylander counterparts, they too are affiliated with an element. And you can only capture a villain with a trap of the right element. So with the green and blue traps provided in the starter pack you can only capture villains of the life or water elements. You need to buy extra traps for all the other additional elements.

And you are likely to want to buy the other traps, as well. What’s really cool about Trap Team is those captured villains can be used as a second playable character during the game in a sort of tag-team (or trap-team; get it?) arrangement. 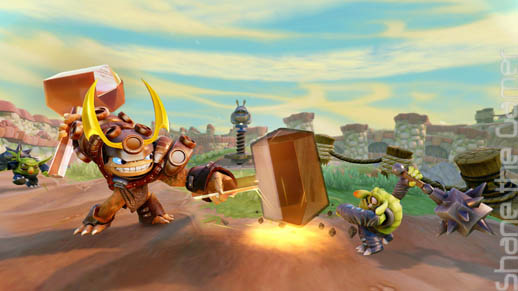 To capture a villain, at the prompt, you simply place a trap in the socket on the portal.

Right by the portal’s trap socket, in the little faux prison door, there’s a little speaker. This allows the audible whoosh as the villain is sucked into the trap to start at the TV and finish in the portal. The trapped villain also occasionally chimes in from his prison during the game. It’s a nice touch and a great audio effect.

You only really need to fork out for a trap from each element, as the villains can be swapped over in game at the Skylanders Academy. Buy more traps is an extra expense, but they will give you access to loads of villains, increasing the game’s playable character roster without splashing out on new Skylander models. 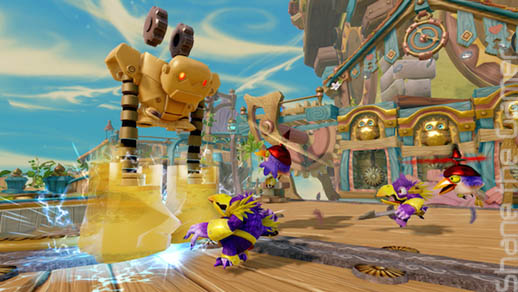 Another way you can get a few more playable Skylanders is by using your models from the Skylander Spyro’s Adventure, Giants and Swap Force games with Trap Team.

But enough about the hardware and the models. What about the game itself?

The story is simple but good fun. Skyland’s top bad guy, Kaos has blown up Cloudcracker Prison releasing all it’s villainous inmates. It’s up to the player; the portal master, to enlist the help of the Trap Master and using the shards of Traptainum (that have been fashioned into traps) to round up the bad guys. 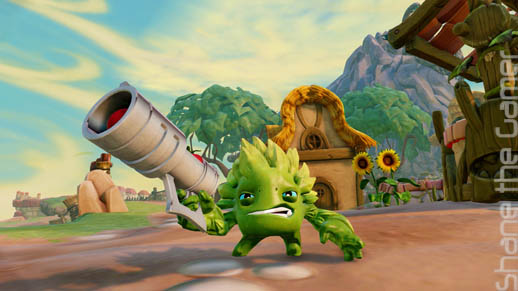 Skylanders Trap Team, like its predecessors is an action-adventure game.

Whilst it has platforming elements, it’s mainly about beating up and shooting bad guys using the selected Skylander’s unique abilities. It’s cartoon violence, but it’s still violence, hence the 6+ suggested age on the packaging.

There’s also a puzzle element to the game via a lockpicking mini-game, which is impossible to really explain in words, but reminded me of one of those old-school puzzles where you have to tilt the little wooden box to get balls in the holes. There’s also a simple card game played with cards earned from beating the villainous mini-bosses. 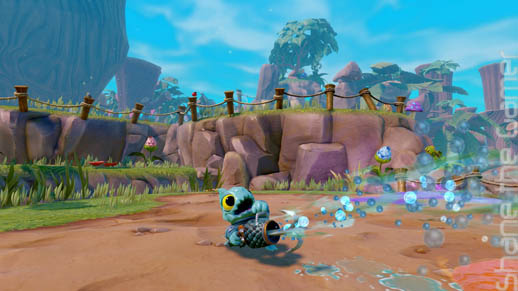 The jump to PlayStation 4 and Xbox One has enabled Activision to produce a Skylanders game that is virtually indistinguishable from a stylised CG cartoon. The visuals are some of the most charming graphics that I’ve seen in a long time. The result is very polished and kid friendly.

In this day and age, where most games involve maiming, killing and dismemberment, it was nice to be able to play a game with my kids that did make my wife frown at me too much.

And it’s not lame either. It is a testament to the developers that they have managed to create a game that works for both adults and kids (or big kids and little kids).

Whilst it’s not ordinarily what I’d consider my sort of game, I had a surprisingly good time playing Skylanders Trap Team.