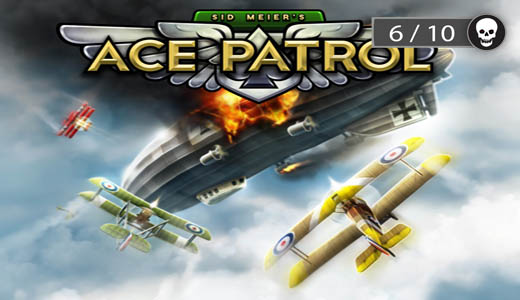 My least favourite part of the Civilization franchise has always been the aircraft. For some reason Firaxis Games decided to make a whole title devoted to that one aspect.

Similar to its predecessor that was released earlier this year, Sid Meier’s Ace Patrol: Pacific Skies is available on both PC and iOS.

This game takes place in the World War II era. You can choose to play as either the navy or army of two nations, US or Japan. Depending on your choice, you are taken through a decently sized nation based campaign. It does try and give detail and context to each battle you participate in through text. In the end, though, I found it tedious to read and overall very boring. 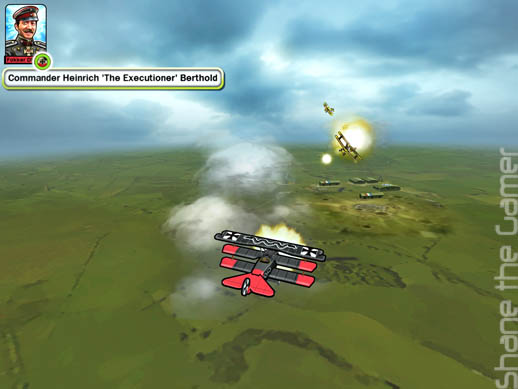 You are given four pilots that you may Level Up and choose from for each mission. How many pilots you can take with you depends on the Level itself. To help distinguish between your characters you are given the option to decorate your plane through a variety of decals and colours. As you Level Up and progress through the game you unlock new manoeuvre sets and new planes for each character.

Gameplay is that of a typical turn-based strategy game. Your pilots each have a place on a grid based map. The possible moves that are available to you depend on a few factors including the altitude of your plane and the set of manoeuvres you have unlocked. Similarly, attacks also depend on a wide host of factors such as firing angle, range and altitude. 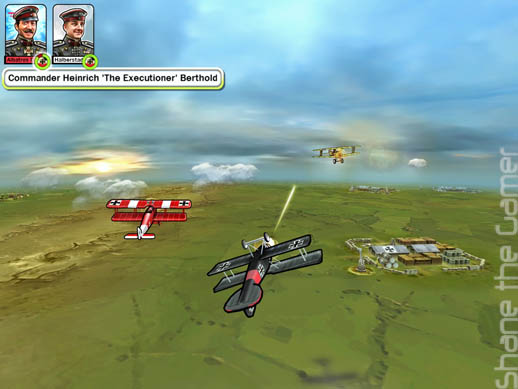 This isn’t a very forgiving sort of game. One wrong move could spell the doom of one of your pilots. This is especially so at the beginning of the game where you lack the much variety of movement options. Getting someone stuck on your tail can sometimes prove impossible to shake and lead to almost certain defeat.

Overall, I found the gameplay to lacking in variety. I really had to play this in small doses as everything got stale very quickly. Missions all felt the same. The number of pilots you have and the number you are battling against varies. Also there are battleships and ground artillery that are sometimes on your team and at other times on the opposing team. None of this, however, made one game really feel that much different to any other. 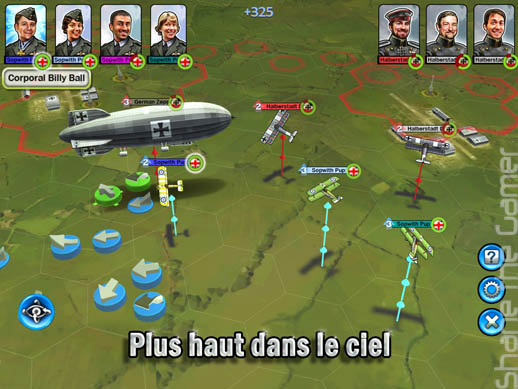 Graphical detail is not one of this game’s strong points. Animations and models look very outdated and lack detail. Despite this it does have some sort of charm to it. This charm also extends to the very WWII styled music, which is by far my favourite part of this game. Each team has different style music as well, all being equally appeasing. The voices are somewhat mixed. I couldn’t help but feel that some of my Japanese pilots sounded at times a bit too American for my liking.

As a mobile game I can somewhat understand why people would want to play this. As a PC game however I find this very hard to recommend. Despite its charms, it’s very repetitive and small scaled gameplay makes it overall a disappointment.