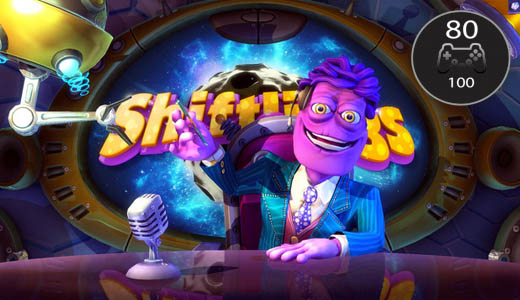 Work can be dangerous, so why not televise it? The Universe’s two most dim witted janitors need your intelligence to get them through their quest to repair the Galaxy one station at a time, whilst they are also on a reality TV Show, of course…

Shiftlings is a puzzle play platformer with vividly detailed and coloured cartoon style graphics and with the two Shiftling characters are conjoined by a tube that you will need to pass gas from one Shiftling to the other to inflate them (yep, the entire gameplay needs you to fart, alot).

The premise of the game is simple.

Get through obstacle and hazard laden Levels to a station situated at the end.

Initially you are ushered into the game, and for the most part from then on it is an easy play, but you will need to stop, think and try again at times. 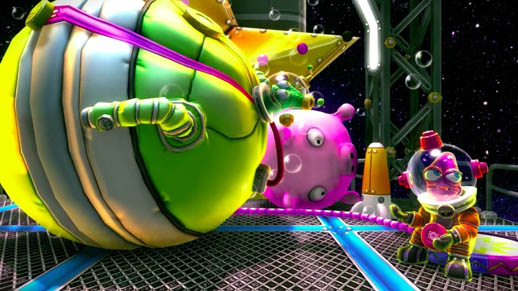 The platformer Levels are wrought with all types of hazards, from the actual Level’s themselves having extremely tight spaces, through to further into play; laser beams, cannons and more. Each Level is also narrated by the show’s presenter, although it sounded canned and repetitive.

There are over 50 Levels to conquer and you can repeat play to get goodies hidden within certain Levels that you may have missed or not known how to get before. 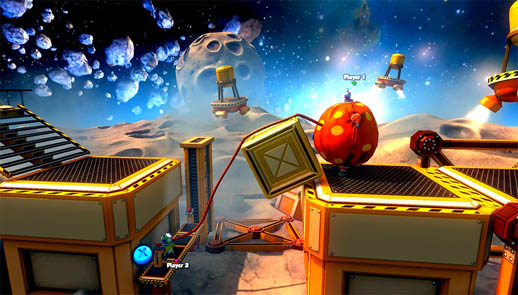 Shiftlings is absolutely a co-op. Changing the gas from one character to the other is simple at the press of a controlpad button. You will generally control one Shiftling at a time and constantly be switching between the two. However should the need arise you can control both simultaneously.

Shiftlings is an excellent and addictive to play game. I found it to be a refreshing break from some of the more mainstream titles. 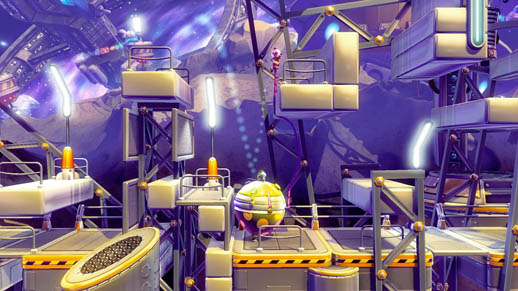 Yet I can also see that it may not be everyone. Most of Shiftlings‘ longevity in play is reliant on the players skill. You also need to have a high patience ratio when playing.

If you are really good at platformer puzzles, you are most likely to breeze through the game.

Shiftlings has released on PS4, Xbox One and PC, but I am at a loss as to why it has not released on Vita and even smartphones, as it is the ideal pick up and play. 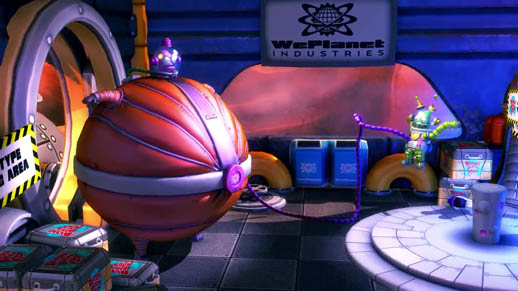 Simplistic but complicated, frustrating but hilarious. Shiftlings takes retro gameplay to next generation and it had me reminiscing back to games that I used to enjoy and play over and over and over in the ’90s on my 16 BIT Sega Megadrive.

Save the Galaxy one fart at a time with Shiftlings.