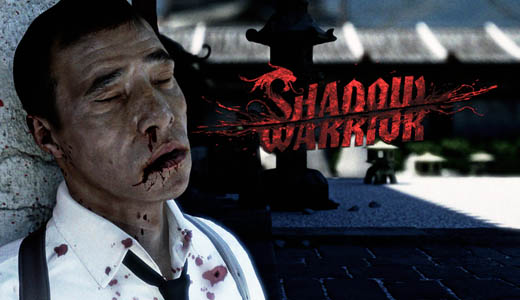 Shadow Warrior is a reboot of the original 1997 Shadow Warrior by 3D Realms. It isn’t however being rebooted by the same developer. Flying Wild Hog is the one taking on this particular challenge.

I haven’t really played anything from either developer, but I’m glad I finally did in some early hands-on time. The game is due for console release sometime in September 2014.

It is a first person shooter game with more classic FPS elements. You’re Lo Wang, a henchman of some big honcho, and you’re on your way to collect some special samurai sword. The deal turns into a blood bath and then just turns into the bizarre. 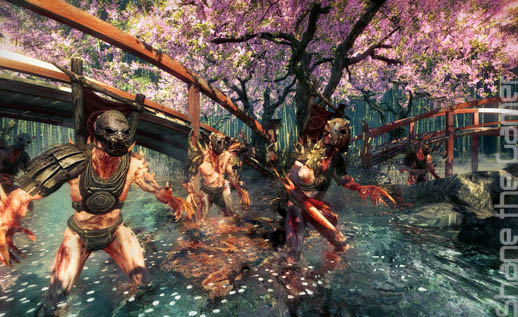 The current owner of the sword has some voodoo thing happening and controls, or really is controlled, by some spirit. With the whole place in flames, no sign of the sword and you trapped in a burning building and this spirit’s old host dead, you agree to let him in.

Together you now escape the immediate danger and progress to find that sword, why it’s so special was not apparent at this point. The game has a very quirky sense of humour. Not likely to appeal to everyone but worth a look. 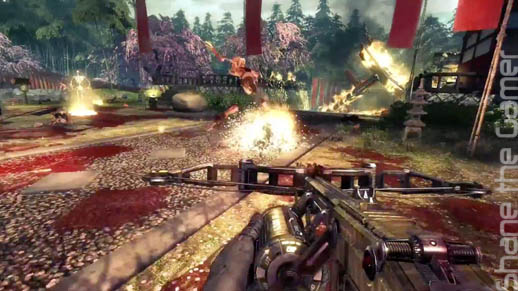 The combat mechanic aren’t exactly intuitive. To use a healing ability for instance you tap the analogue stick right twice then press another button, and yes this is also the same analogue stick you use to move around. There are also other abilities with similar button layout.

With the spirit now on board you start to unlock special magical abilities, these utilise that weird button layout but past that they are fun to use. Unlocking new ones definitely adds to the fun. 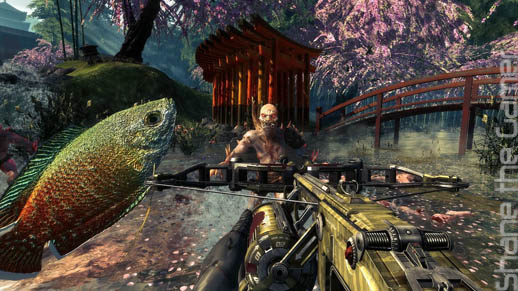 The game loves blood, when I previously mentioned blood bath, I wasn’t being figurative. From the moment things get violent they also get very messy and gory. Killing enemies with your sword sees them bodily dismembered with blood spatter everywhere. It’s so over the top, it’s comical to some degree. I might have that slightly morbid sense of humour but you just have to play Shadow Warriors to appreciate its kind of comedy. 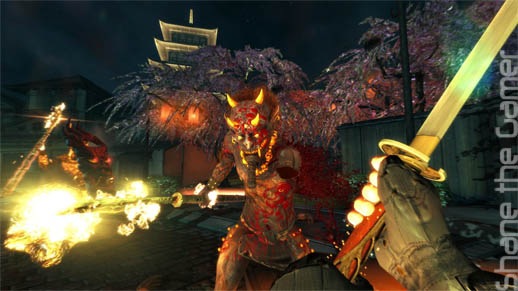 The levels I played through were very open and exploration offered secrets, funny Easter eggs and collectables. It also didn’t spoon feed you the direction you were meant to be going; meaning you actually needed to figure that part out all on your own. The scenery is quite pretty. We played this bad boy on PS4. While it didn’t maximise the graphic potential available on the console it still looked great.

We made some good head way in the hands-on session and it was nice to see a game not take itself so seriously. It was strange, it was gory, it was bizarre but overall it seemed like a bloody good time.