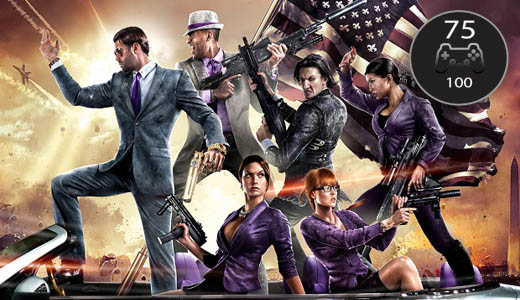 Just when you thought it was safe to go back into the virtual reality construct of the city formally known as Steelport, Saints Row makes it’s debut on the next gen console in the form of a bundled combo of Saints Row IV.

Not forgetting it’s standalone DLC Gat Out of Hell.

I’ve already given Saints Row IV a review on shanethegamer.com, so I’m not going to go into a great deal of detail when it comes to the plot and gameplay of this new, updated version.

Quite simply, nothing has changed. 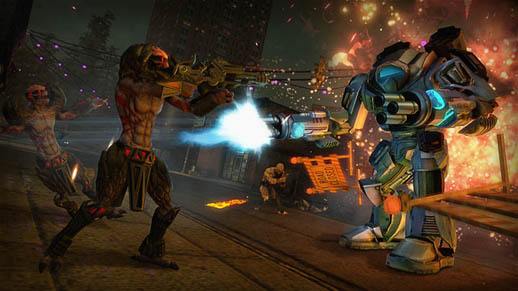 The newly elected President of the United States has to save the Earth from alien invaders from inside a computer simulation, collecting super powers as he goes. Both version of the game are nearly identical, and you can’t help but wonder if a revamped version of the game for the next gen consoles was completely necessary. 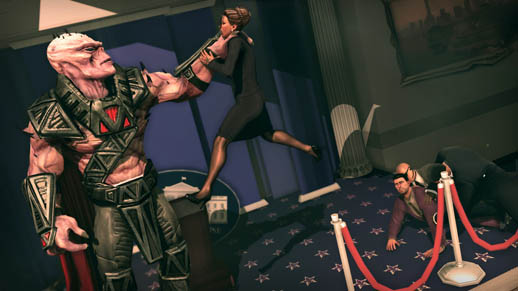 While the gameplay, the story and the humor certainly hold up, the graphics certainly don’t. Running at a better frame rate and better res doesn’t make all that much difference when your base game was a little on the shabby side visually to begin with.

With that said, if you missed it the first time around, this is a nice point to jump into the franchise as there’s still a huge amount of fun to be had here. I played through the entire game for the second time, simply because the nature of the gameplay makes it surprisingly addictive. 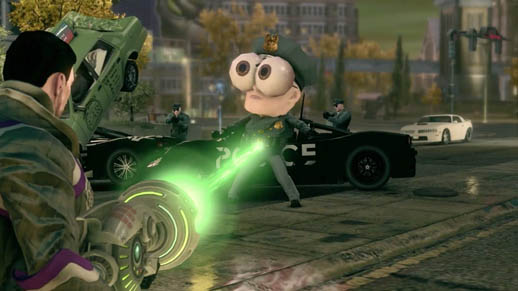 What was new to me, however, was the addition of the standalone DLC chapter – Gat Out of Hell.

Taking place directly after the conclusion of the main story of SR4, GooH sees Kinsie’s birthday party aboard the Saints space craft ruined by a malevolent Ouija board sucking the Boss into hell.

The board reveals the intent is for the Devil to force the Boss, the most worthy human, to marry his daughter Jezebel. Kinsie and Johnny Gat pair up, head to Hell to save the Boss and stop the Satantic shotgun wedding. 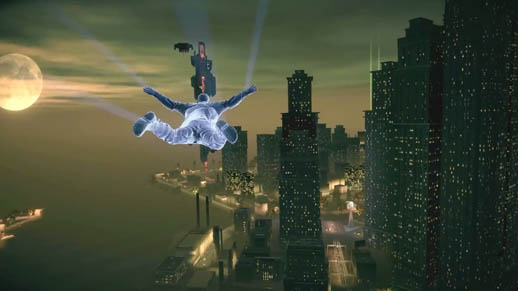 Now, again, the graphics don’t really hold up here, but for the most part this additional chapter offers a pretty great experience.

The setting of hell, a metropolis full of lava, demons, slums and skyscrapers is just different enough to keep you from feeling like you’re still in Steelport (despite Lucifer’s halo offering you access to the exact same super powers you earned yourself in the simulation). 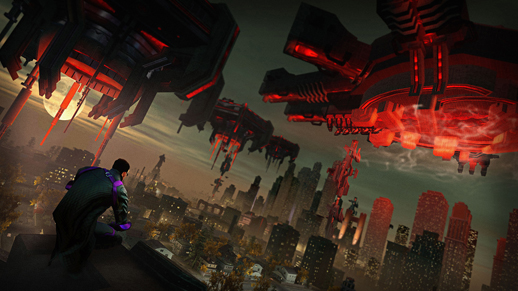 The supporting cast in Hell makes for some great comedic moments too – whether it be Shakespeare working as a DJ in the entertainment district, or Vlad the Impaler in Hell’s prison/daycare being forced to sing ‘The Wheels on the Bus’. There are some great cut-scenes too – including a truly brilliant musical sequence that sees the devil’s daughter lamenting her imprisonment like a Disney princess. 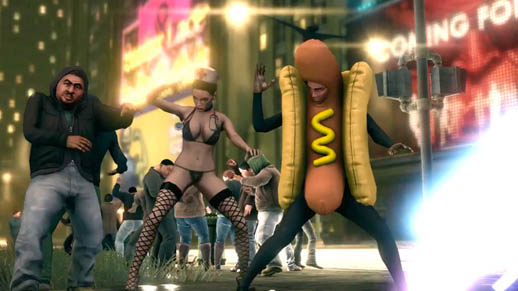 Unfortunately, the gameplay is a little weaker than in SR4.

In order to get the Devil angry enough to engage with you, you have to create chaos around the streets of hell. You do this through a series of mini-games, and while these are all skinned and explained slightly differently to how they were in the original game, they’re fundamentally the same thing and don’t really do enough to act as story driven content.

With that said, there’s just enough story missions to drive the action ahead, and just enough collectibles to keep you busy. 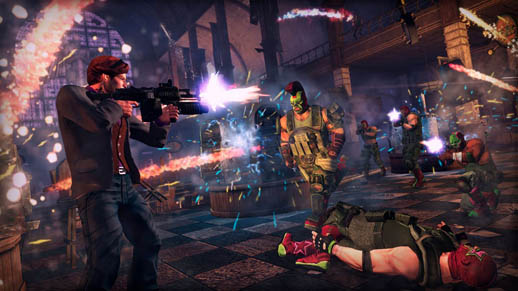 All in all, if you’ve played either of these games before, chances are it’s not worthwhile diving back in on your next gen console. But if you’re looking a bit sparce on games, this is a good one to give a try.