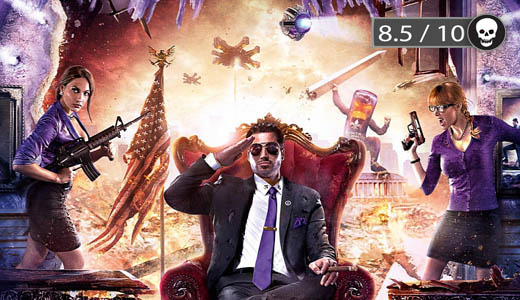 The Saints Row series began its life as a pretty unashamed Grand Theft Auto imitation – putting the player in the shoes of a gang member in a sandbox world with endless possibilities for wanton carnage.

And while this is still fundamentally true for Saints Row 4, what we’re dealing with here is no clone. It’s a uniquely manic, exciting, comical, silly and incredibly fun experience.

The game opens in a spectacular (and genuinely hilarious) fashion, with the unnamed Boss character and his crew of Saints on a mission to prevent the bombing of the United States by a tyrannical despot. After pretty effortlessly saving the world in the first 5 minutes of the game, we jumped forward in a time a bit, and the Boss of the Saints is the President of the United States. Yep. And that’s when things start to get crazy. 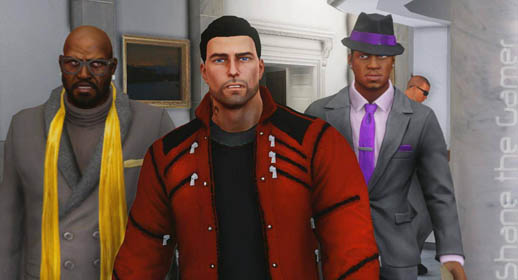 During what seems to be a pretty standard day in the Saints White House – strippers, weapons on every wall, curing cancer or world hunger – aliens invade, raining destruction and abducting everyone in sight, including our very own chaotic Commander-in-Chief. This bizarre change of pace from the previous games in the series makes for the fantastic new mechanics at the games core.

In a page right out of The Matrix, alien overlord Zinyak keeps all his abductees in their own digital simulation – in the Boss’ case, a slightly modified version of Steelport, the open world from past Saints Row games. And this is what makes Saints Row 4 amazing. Given that the entire thing takes part inside a false digital simulation, there aren’t really any rules when it comes to what they can and cant do. So not long after getting to the simulation, hacker extraordinaire Kinzie figures out there are ways she can modify the simulation, giving the player a range of excellent, and highly entertaining super powers. 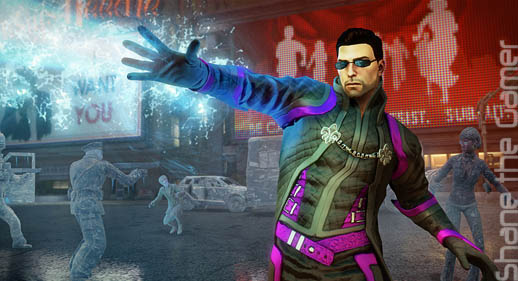 In a sandbox city this large, having the ability to run at super speeds and leap tall buildings in a single bound is a complete game changer – not just in terms of the pure fun of getting aroud, but also in terms of varying up and rejuvenating the combat of the game, which was a bit bland in the earlier games. As you work your way through the game, your super powers get more and more powerful and varied, until using the many guns the game has on offer might not even be necessary. Why bother using a machine gun when you can super sprint up to a guy and catch him with a jumping power-bomb?

This silliness penetrates every aspect of the game, proving over and over again that Saints Row 4 is more than happy to make fun of itself, and everyone else it can manage to. The very premise of the game becomes somewhat of a joke amongst the characters – every time an objective doesn’t really make much sense, someone will pass it off as all ‘being part of the simulation’. Jumping into the simulations of other characters also allows Saints Row free reign to make subtle and not so subtle jabs at other video games through homage – including Metal Gear Solid, Space Invaders, old school text adventures and Mass Effect, just to name a few. 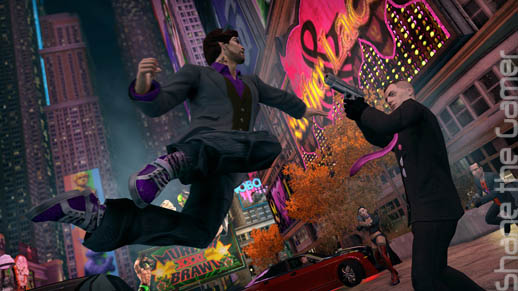 But even with all the silliness and some of the craziest moments to have come out of video games in a while, Saints Row actually manages to deliver a pretty solid story, touching on things like friendship and loyalty – elements that can be found in a lot of video games, just presented in a uniquely Saints Row kind of way. The main story should last you about 12 hours, if you take your time and collect the clusters floating around the city to increase your super powers, but a great deal of additional gameplay can be found in the range of side missions available.

However, these side missions usually comprise of playing one of the games five or six mini-games, fighting some enemies somewhere in the city, or doing something else you’ve already done. Unless you’re really invested in getting the reward for that side mission (and some of them are really awesome), you’ll find yourself tiring of them pretty quickly.  Luckily though, most of the mini-games are pretty entertaining, so playing them at your leisure. 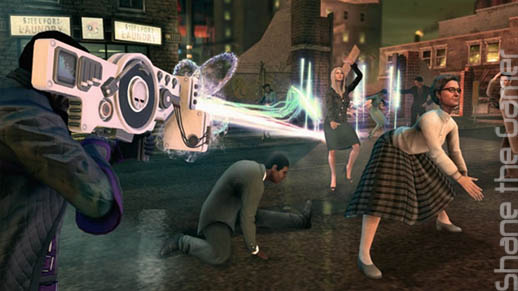 It’s been a great year for gaming so far. But it’s nice that for every game that comes along trying to redefine what a video game, and make you think about gaming as a medium, Saints Row offers a great alternative. It’s loud, crazy, unashamedly ridiculous and just great fun, Definitely worth getting your hands on.