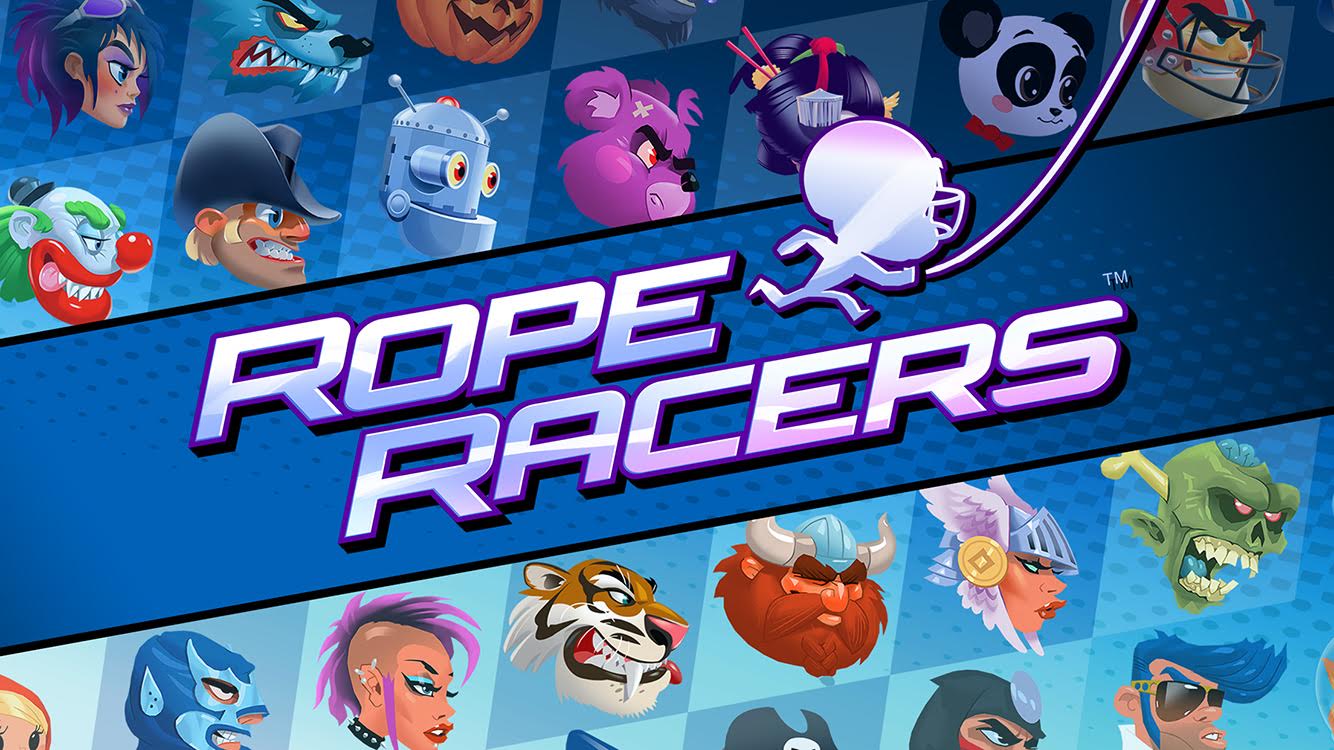 Small Giant Games, the Finnish mobile game developer best known for Oddwings Escape, today announced the launch of their new game Rope Racers. The free-to-play instant multiplayer game will be available on the App Store for iPhone, iPad, and iPod touch and for Android devices on Google Play.

In the game, the players swing, run, and race in various locations and levels against nine other people from around the world, with the goal of becoming the best Rope Racer of all time! The multiplayer element is an integral part of the gameplay from the start. The game uses intelligent matchmaking to find opponents of similar skill level to make the racing experience smooth but challenging. 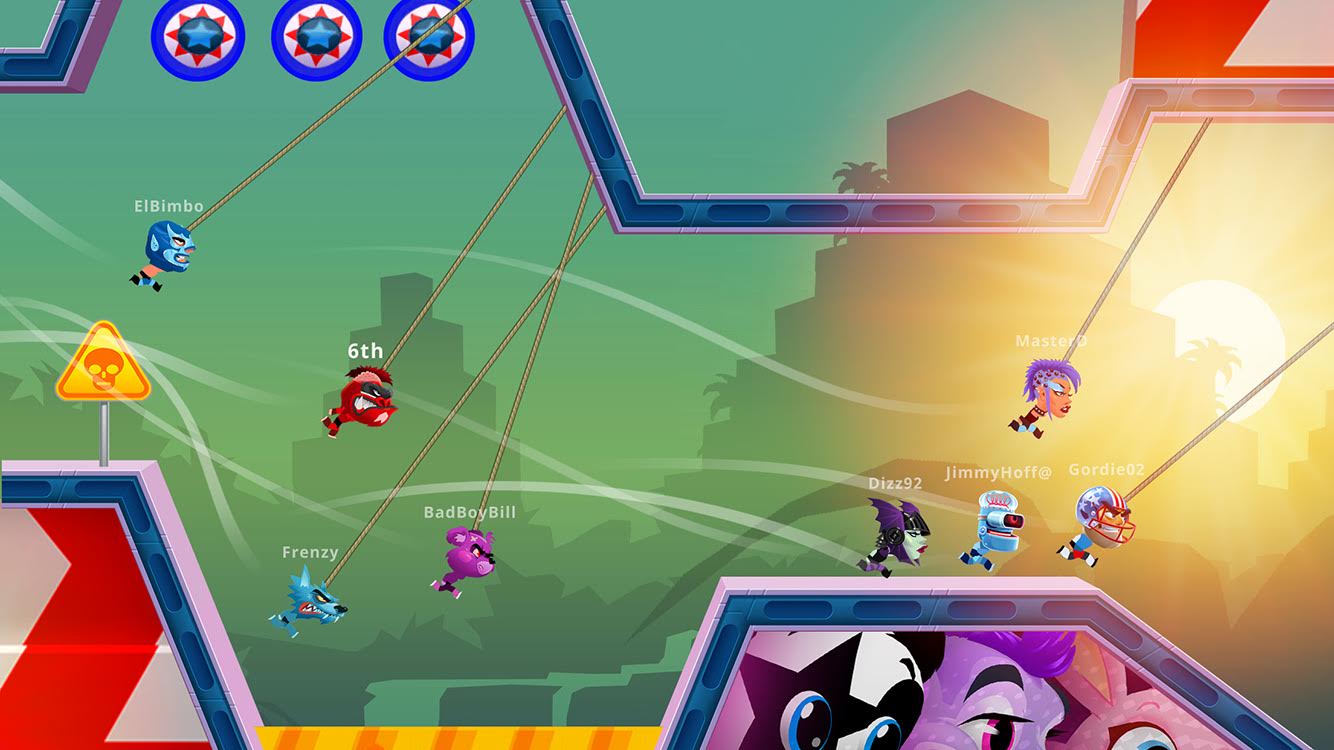 Players race by throwing ropes with a simple touch-and-hold mechanic. Swinging is used to jump over dangers and to gain that extra speed needed for victory. The players use boosts and collect cash hidden in the Levels – all the while avoiding obstacles, which cause you to lose valuable momentum. The other racers are always right behind you!

To increase the competitive aspect of the game, the players bet virtual currency as a participation fee for the races. Your position at the finish line defines whether you lose or multiply your bet. One key aspect of the game is building your team by collecting funny and cool characters, whose skill and appearance can be upgraded with the coins earned in the races. 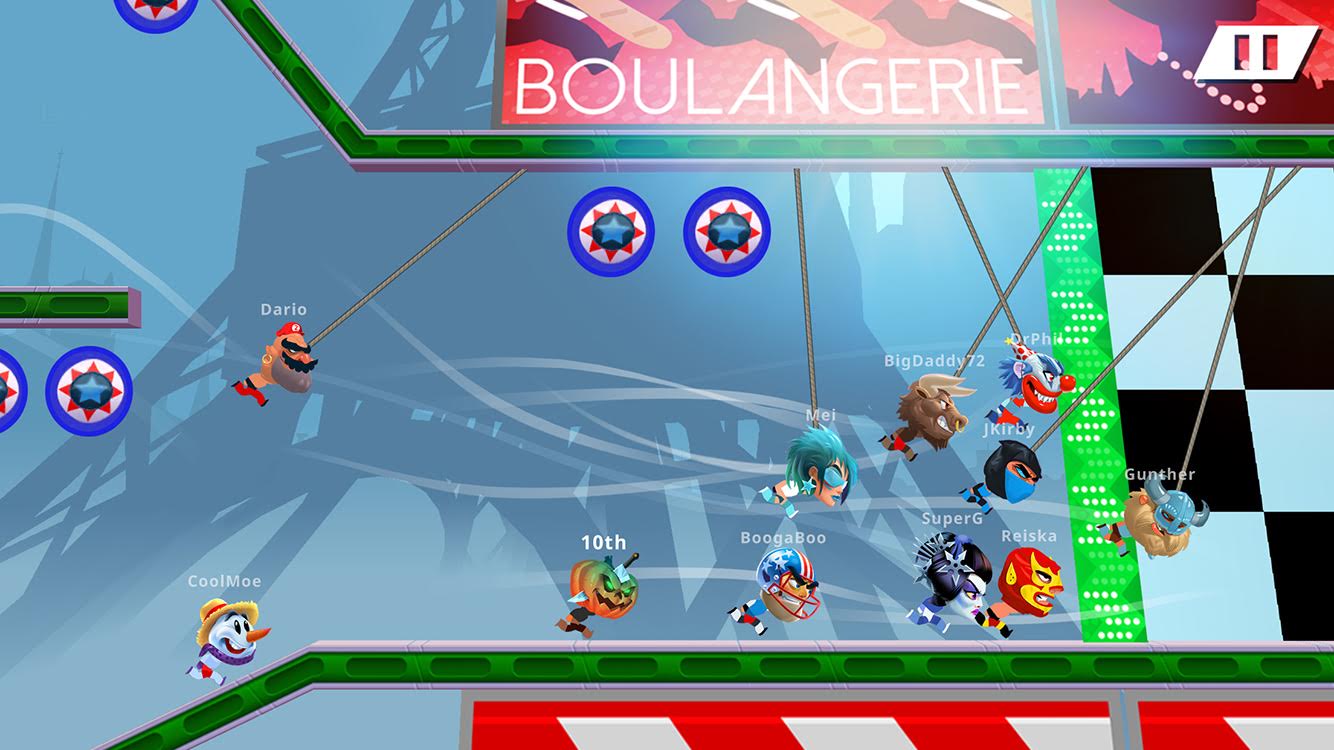 In addition to the Career mode, the game sports an exciting Friendly Tournament feature, which allows the players to challenge their real life friends to find out who is the ultimate Rope Racer!

Timo Soininen, CEO of Small Giant games says. “We are big believers in making multiplayer gaming super easy on mobile. Rope Racers is our newest example of a beautiful, easily approachable multiplayer game, in which you get to start playing against other people right from the start.”

Rope Racers is one of the most exciting multiplayer action games ever, and will start thrilling fans on March 10th, 2016!