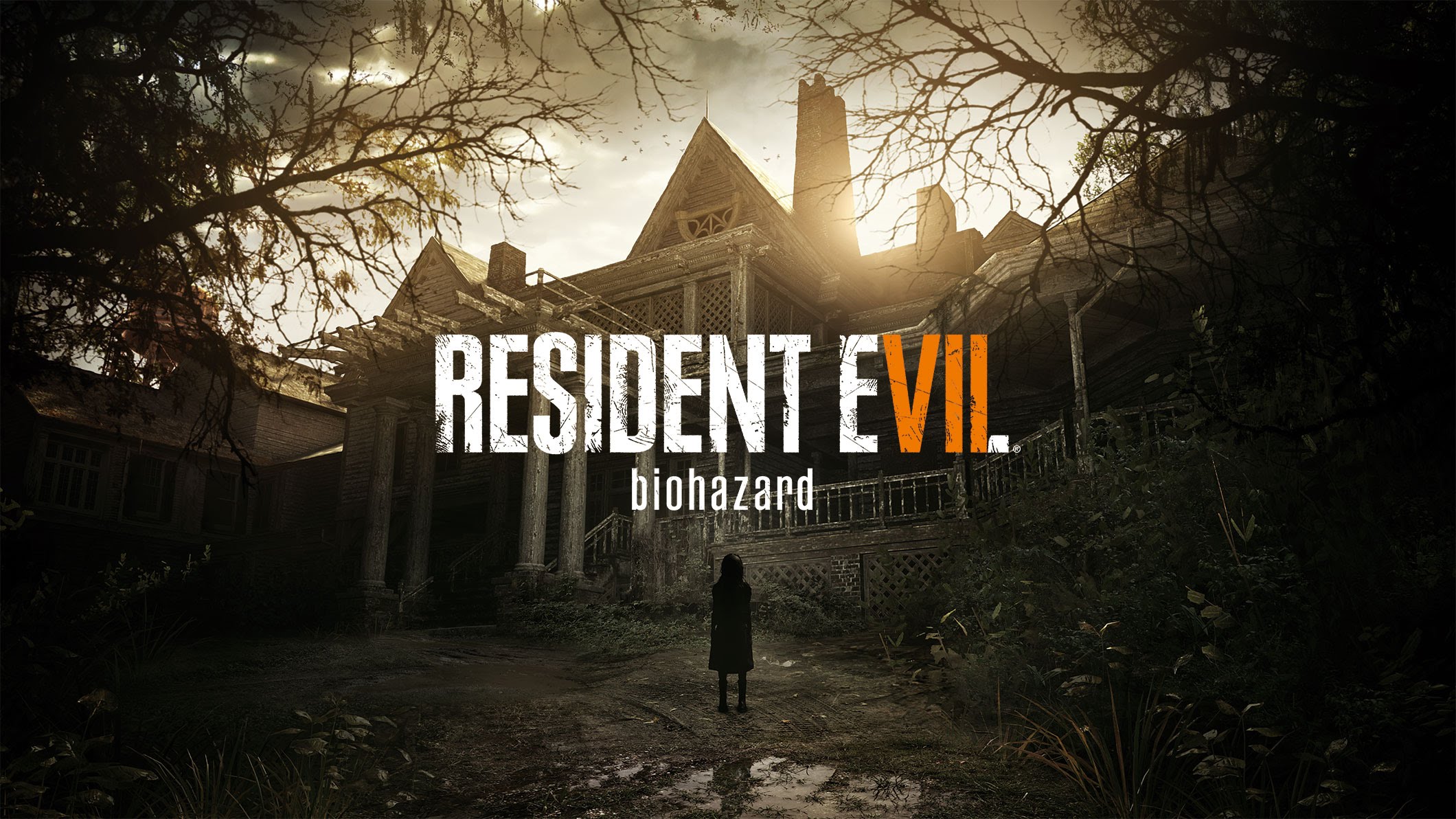 Whilst I’m a great fan of virtual reality, and really looking forward to the launch of the PlayStation VR, I’ve been a bit skeptical about whether or not the PlayStation 4 has the required grunt to pull it off.

At the EB Expo in Sydney I got to try out Capcom’s exclusive Resident Evil 7 “Lantern Demo” on PlayStation VR. The experience completely allayed my fears regarding the PSVR’s capabilities.

Basically, you are trying to escape the family of inbreds from the last demo. You must negotiate the house, creeping past a crazy woman holding a lantern. You need to avoid her at all costs, or it’s game over. You’ll find yourself ducking around objects, barely out of view and squeezing through the gaps in the wall.

It’s pretty intense, right up to the disturbing conclusion. 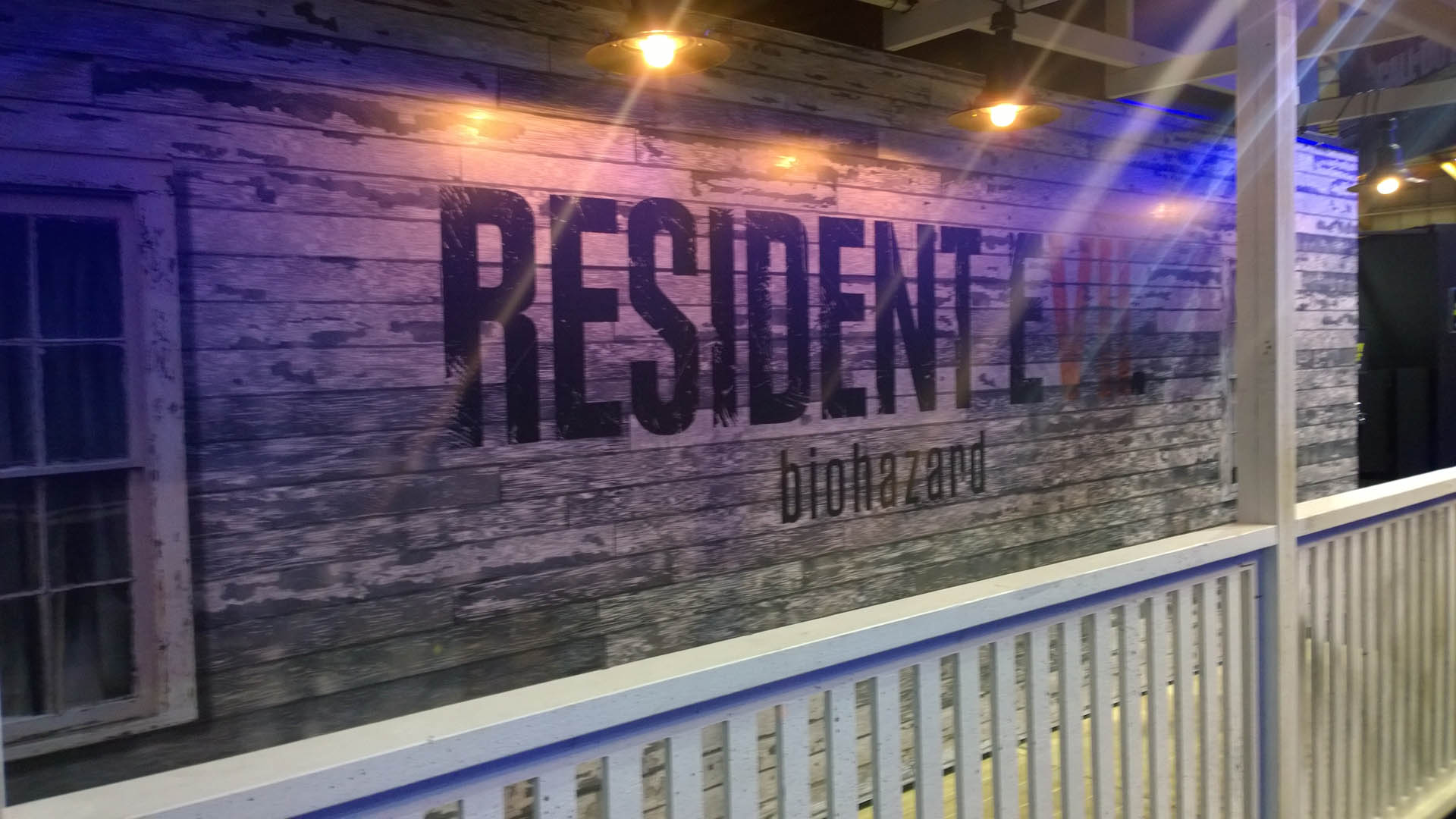 The Lantern demo is a seated experience, necessitated by the ending. As a Vive user, I found this is a bit weird, as I’m user to turning around and “aiming” myself that way.

As this is a walking game, ordinarily it would be a prime candidate for inducing VR sickness. This is caused by the visual input from your eyes not matching the signals from vestibular system in your inner ears, telling your brain that you must be poisoned and to vomit the poison up. Some people get it bad others don’t. They say the more you use VR the more you get over it.

To avoid VR sickness, the Resident Evil 7 demo lets you rotate in 45 degree jumps. You also move in the direction that you are looking. I believe this control method can be adjusted as you get acclimatised to the VR experience. 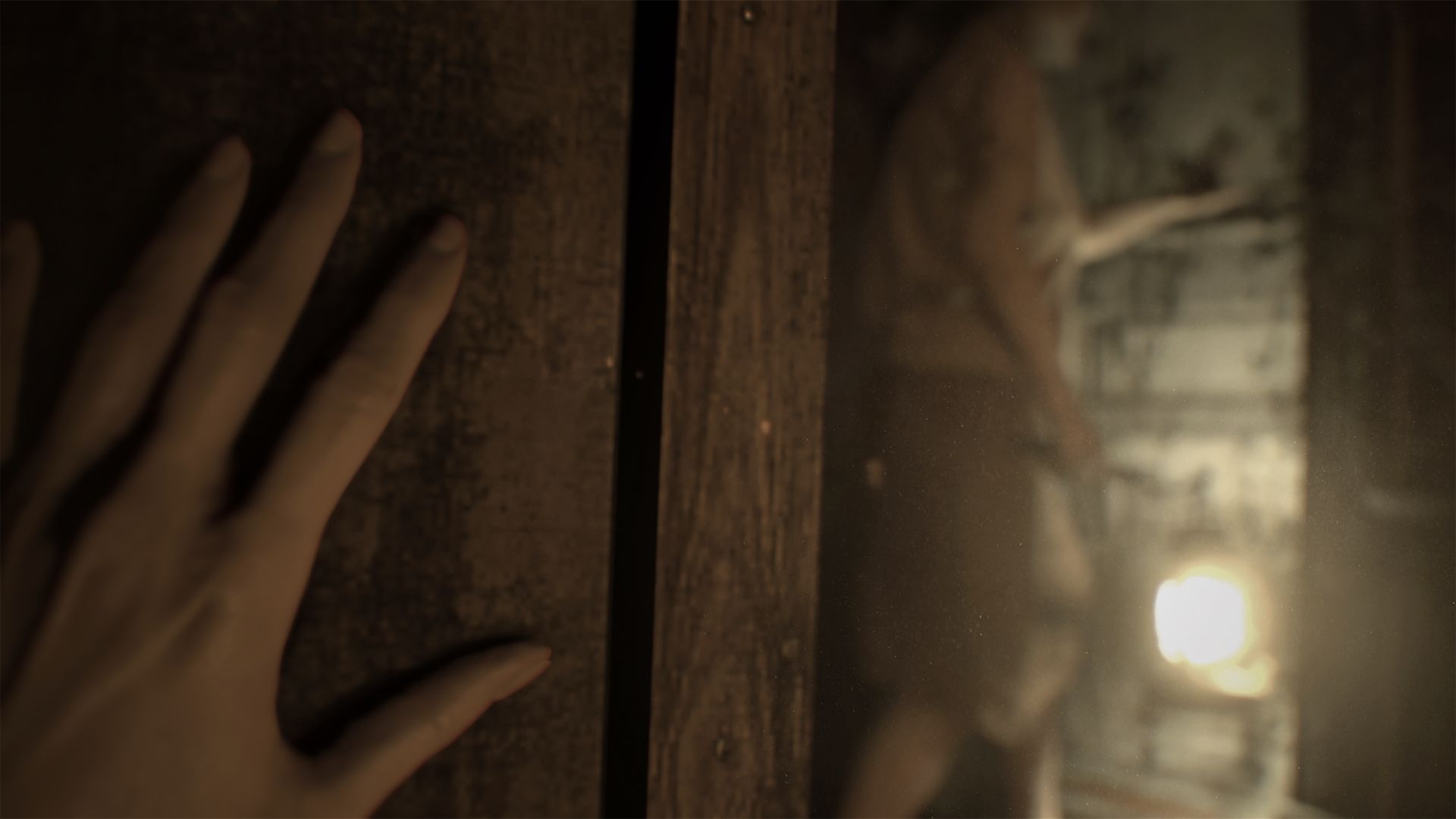 VR cranks Resident Evil’s scare factor through the roof. I felt that I was not just playing a game. I was there, in that house, being hunted by a mad woman. And when she spotted me my primal instincts overrode the knowledge that I was in a VR experience. I felt real anxiety, real fear. I actually had to remind myself that this is a game.

The fact that it is easy to forget that you are wearing the PSVR HMD (head mounted device) adds to the immersion. The PSVR is a lot more comfortable that the HTC Vive, which feels like wearing a scuba mask. In comparison, the PSVR HMD, sits snugly on your forehead, with no real pressure on your cheeks. And, whilst the resolution seemed a lot less, the non-frenal lenses of the PSVR do not give you the circular reflections from the concentric rings of Vive’s lenses. 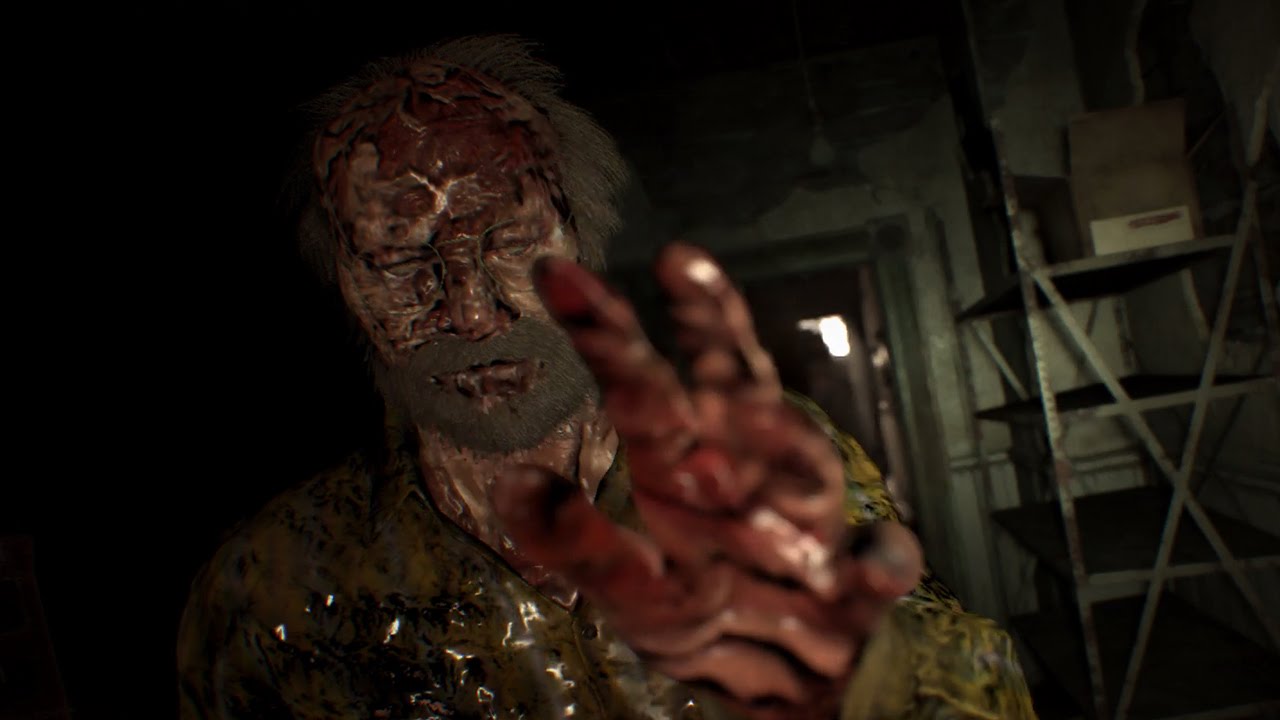 Because the PSVR gives you a sense of presence in the game environment, in that your real head movements are 100% accurately replicated in the game, you can duck around objects and peek out. This natural way of hiding adds to the effect.

Whilst sneaking around some barrels, avoiding the light of the crazy woman’s lantern as she walked by cursing me, she was so close I felt I could almost touch her. I did a few quick peeks, before running to the exit. It was just amazing, and so frightening.

The game visuals were good, better than I was expecting. You’d spew if your TV had such low-res graphics, but you get used to them. I did notice that the graphics did seem to pulsate in and out of focus slightly. Overall, the PSVR display is very good, especially when you consider the price compared to the HTC Vive and Oculus Rift. 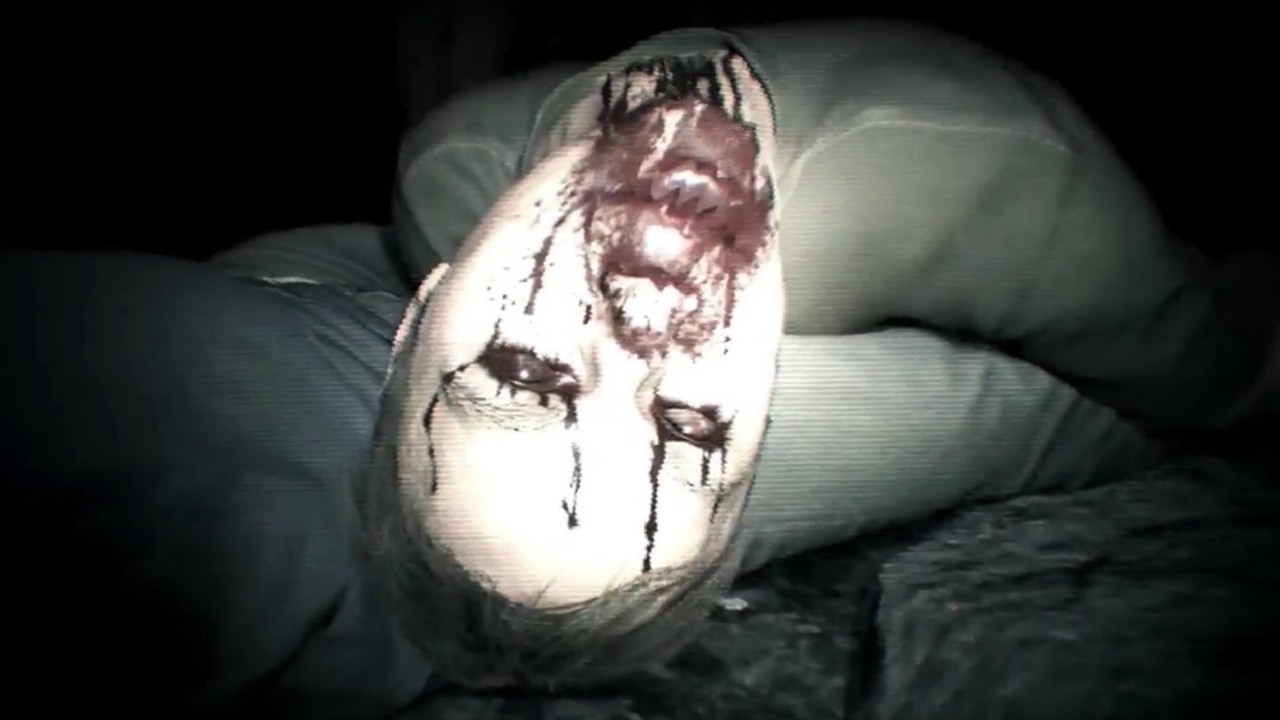 Resident Evil 7 switches the point-of-view from the series traditional third-person view to the more VR-friendly first-person view. PlayStation VR owners will be able to play the whole game in virtual reality.

Experiencing something like Resident Evil 7 in VR is not going to be for everyone. If you are of a nervous disposition or suffer heart issues horror games in VR could do you a mischief. Same with kids- this is the stuff of nightmares. So unless you want you kids to be bed-wetters well into their thirties, you’ll keep them well away.

For those of us that like a good scare, the Resident Evil 7 Lantern demo is a great experience is a sure sign of the great VR gaming experiences to come.

Resident Evil 7: Biohazard is out on the 24th of January 2017 on PlayStation 4, Xbox One and Windows PC.

I’m looking forward to it and so should you